Three cut-paper works by Lois Cordelia were featured as part of Cover Versions at the View From The Top gallery, Nottingham, in May 2008. The exhibition consisted of a collection of "recycled", "revamped" and "reinterpreted" LP record sleeves. Lois chose three classic roots reggae and dub record sleeves: Max Romeo's Selassie I Forever, Bob Marley's Natty Dread, and Easy Stars All Stars' Dub Side of the Moon. Here are her reinterpretations of these classic LP covers, created by cutting into the cardboard sleeves with a surgical scalpel (below). Lois's work proved highly popular in the visitors' vote, which earned her a solo exhibition at the gallery in Autumn 2008. 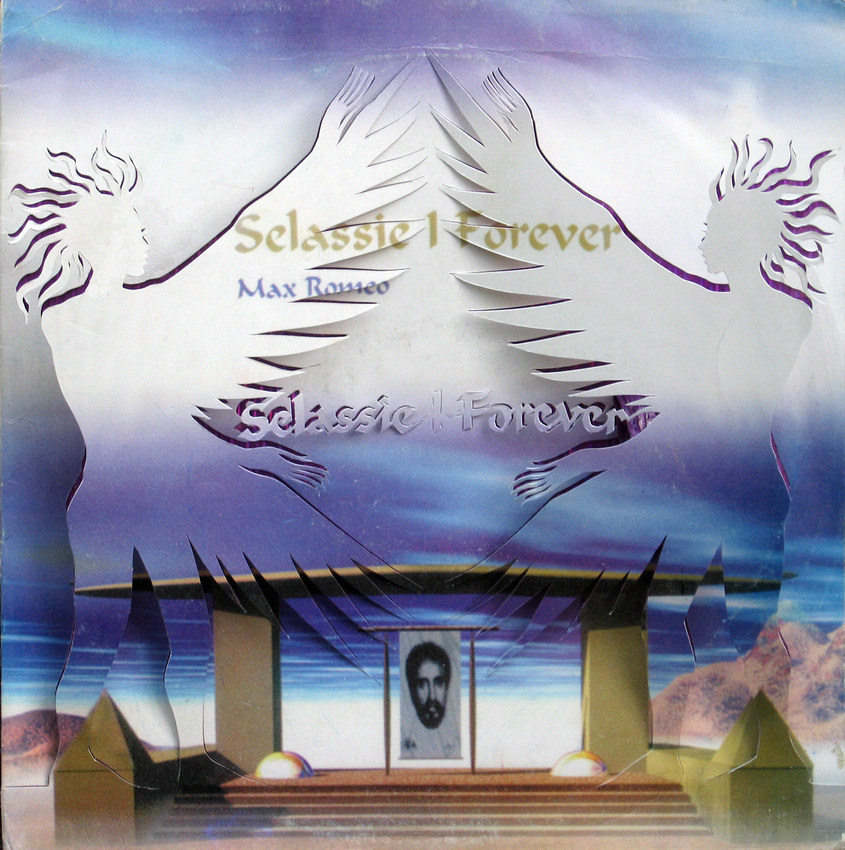 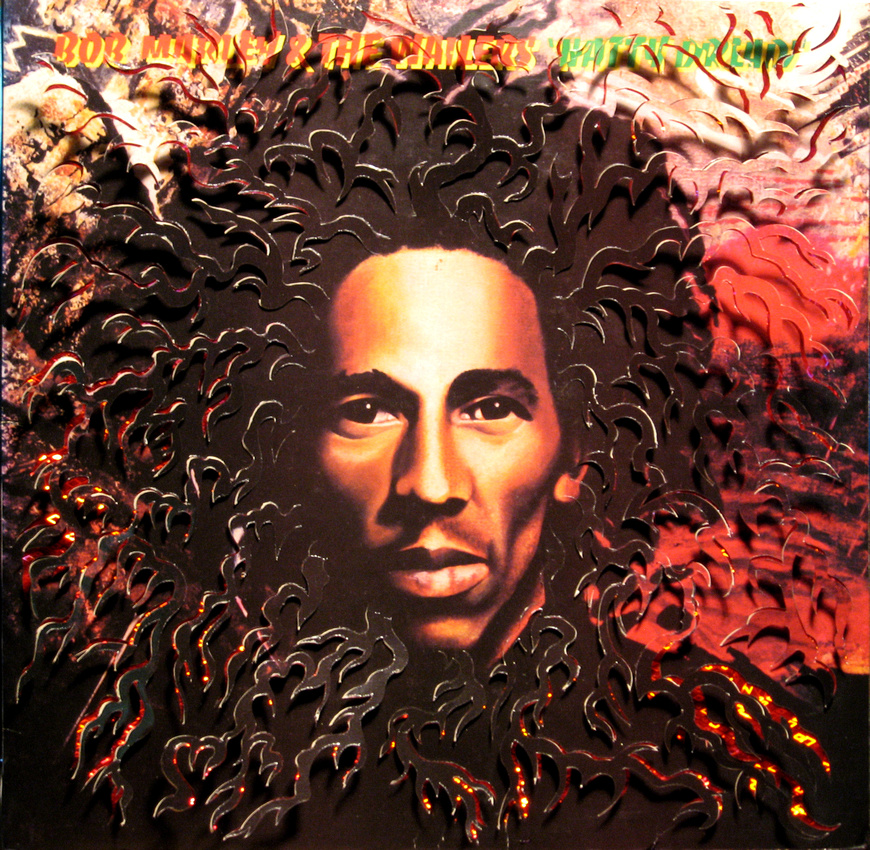 In the true spirit of “cover versions”, dub music originally evolved out of reggae, when the latter was cut into fragments and re-forged in rhythmic patterns. Similarly, I have created these “cover versions” of some favourite reggae and dub albums by carving out silhouette-style cut–out forms , using a scalpel , to suggest echoing layers of superimposed imagery.
The Bob Marley Natty Dread cover version explores the Rastafarian symbolism of dreadlocks as gnarled (i.e. “knotty” or ‘natty’) roots, linking us back to the fiery energies of mother earth, represented here by the shimmering red undertone. The dreadlocks may also be interpreted as the mane of the Lion of Judah, another powerful biblical symbol of courage and defiance.
Dub side of the moon is a dub version of Pink Floyd's Dark Side of the Moon. The lithe, four-armed dancing figure represents the Indian god Shiva, who is much associated with the moon. He is also the Lord of the cosmic Dance and hence of the Great Gig in the Sky. Here, his dark shadowy form almost eclipses his pale counterpart beneath: Everything under the sun is in tune, but the sun is eclipsed by the moon.
Max Romeo’s Selassie I Forever is an expression of faith in the divinity of humankind. The symmetrical silhouette hinges on the axis of the “I”, mythical symbol of unity. This cover version incorporates the image of the sacred ark of the covenant, guarded by two angelic beings, emerging from two dimensions into three. 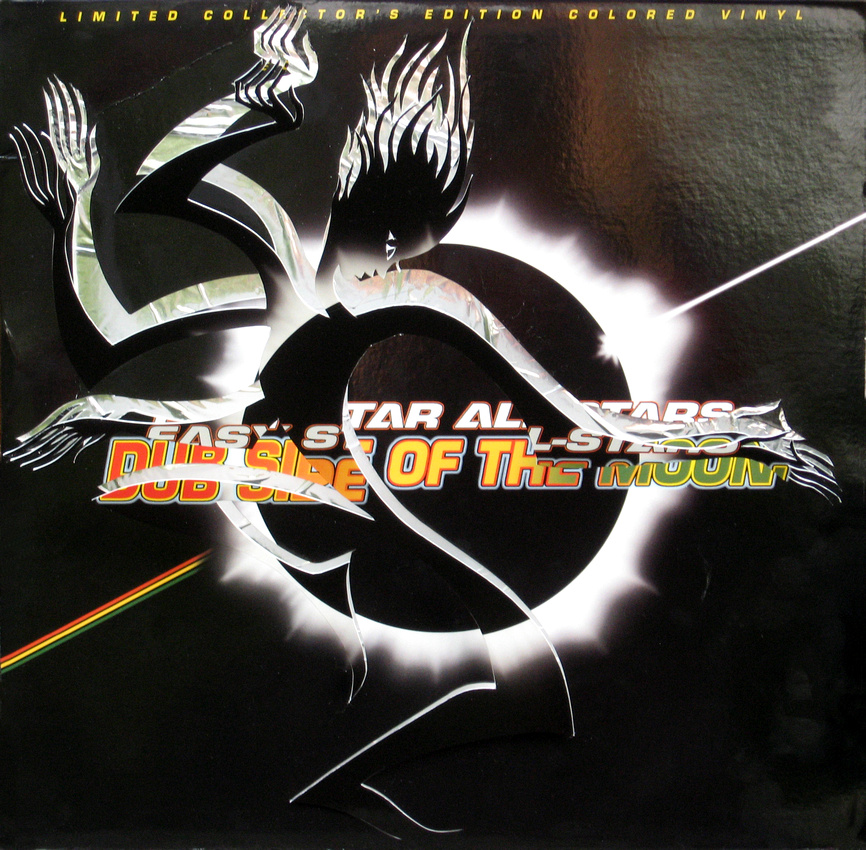 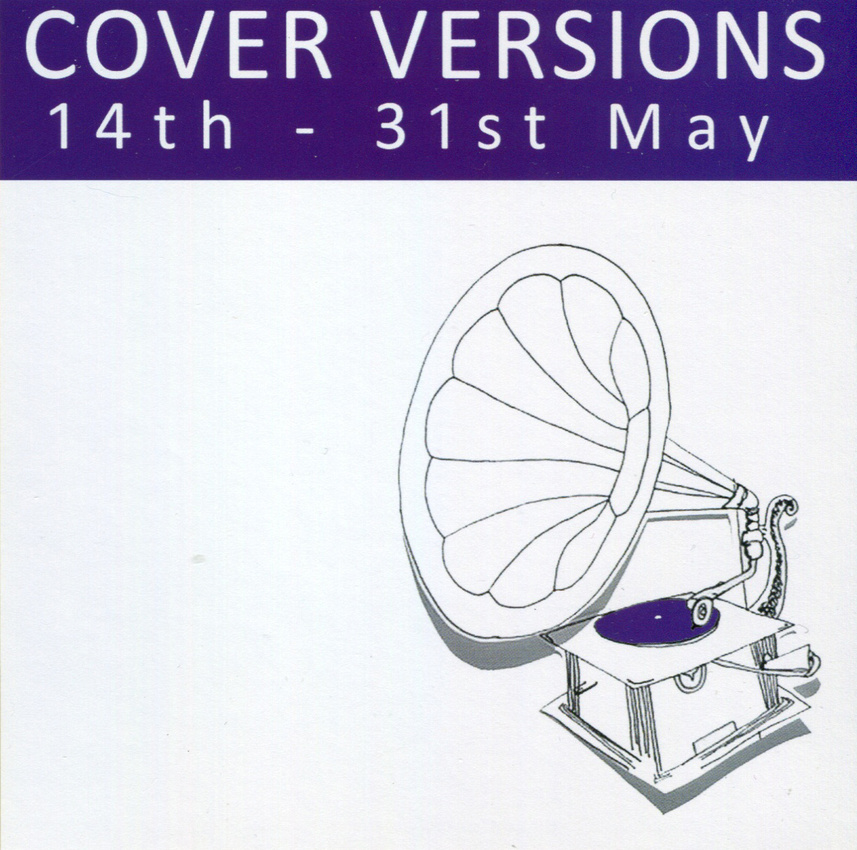 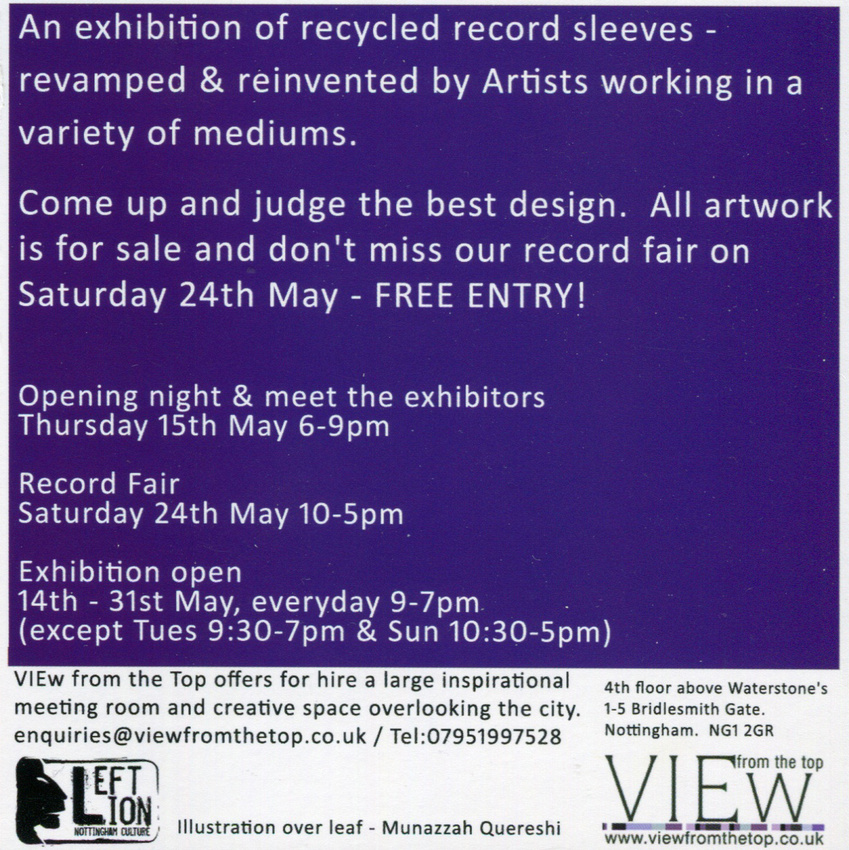