April 19, 2014  •  Leave a Comment
Solo exhibition of silhouette paper-cuts by Lois Cordelia, inspired by meditations on divine beauty and harmony, and by mystical love poetry from the Middle East and beyond. Part of the Edinburgh Festival of Middle Eastern Spirituality and Peace (MESP) 2010. Tues 2nd February - Fri 5th March 2010, Edinburgh University Chaplaincy Centre. 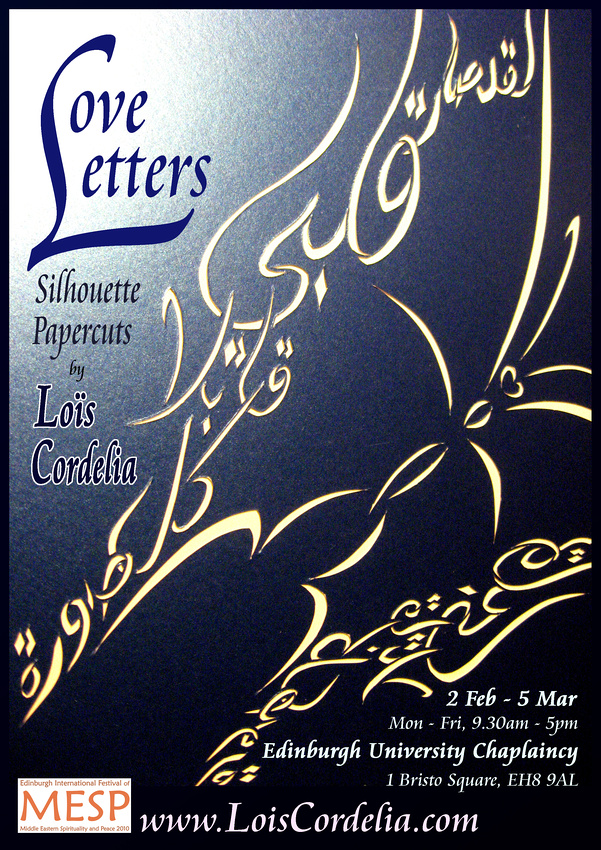 Welcome and thank you for visiting this exhibition

Every silhouette paper-cut is a painstaking labour of love and devotion, a 'love letter', cut by hand using a scalpel, taking many hours to complete. Many of the pieces on display incorporate actual letters and scripts, often in Arabic, including quotations from Jewish, Christian and Sufi mystic devotional poetry. 'Love Letters' is an obvious reference to Saint Valentine's Day, February 14th, which falls in the middle of this exhibition, and hence also to the traditional custom of cutting designs from paper to create decorative Valentine cards and other motifs and illustrations, often incorporating elements of symmetry and repeated patterns.

Paper is fragile, easily torn, yet in relative terms it is remarkably strong. It may be plain, lined, or patterned. A piece of paper is usually written or drawn upon, sometimes covered with paint, yet rarely considered in its own right. Historically, it was considered something precious, whereas today it is seen as a cheap, infinitely renewable resource that is thrown away as rubbish. The challenge of paper-cut art is therefore to create something extraordinary out of something ordinary, a gem, a treasure in miniature, which requires a lot of time, precision and devotion. In this way, the value of the paper is re-established.

Lois Cordelia was born in 1982 and grew up in Ipswich, England. As a child, she watched her mother cutting out Scherenschnitte (literally: “scissor-cuts”) with special fine scissors in the traditional methods of her German homeland. Lois prefers to use a scalpel, feeling that it gives more control in pushing back the limits of this folk-art tradition, while allowing also for extremely intricate perforation. A finished piece may consist of a spidery web of fine, interconnected paper strands, a little thicker than pencil lines.

The technique has parallels with subtractive sculpture, in which pieces of the original material are gradually removed to “reveal” the image. The challenge of silhouette “paper sculpture” therefore lies in cutting a structure out of a single sheet of paper that must remain basically intact, despite its fragility. Equally, it should convey maximum expressive quality via minimal lines, to evoke subtle facial gestures, dynamic tensions of drama, or surface textures.

Sometimes, parts of a design are allowed to break out of two dimensions into three, by folding or warping the paper, so that raised features and deep recesses add to the interplay of light and dark. Lois enjoys working in diverse styles, but always incorporating elements of fluidity, dance and energy. In order to balance the precise cut of the blade with a free flowing line, she often does a very loose sketch which she then proceeds to cut out with the precision of a design.

Lois Cordelia has spent long periods working in London with artist and illustrator Jan Pienkowski, whose books for children often feature silhouettes. Between the years 2002-2006, she studied Arabic at Edinburgh University. She is currently beginning to explore the expressive visual potential of Arabic script in her paper-cut artwork.

Since graduating, Lois has renewed her focus on the visual arts by exhibiting in a series of solo and joint shows in the UK and Germany. In addition to silhouette art, she has featured work in diverse media and styles, including portraits in acrylics and pastels, wildlife art, still-lifes, T-shirt designs, and sculpture. At present, she is focussing on silhouette paper-cut art and looks forward to presenting further exhibitions with the aim of bringing this obscure art form to a wider audience. 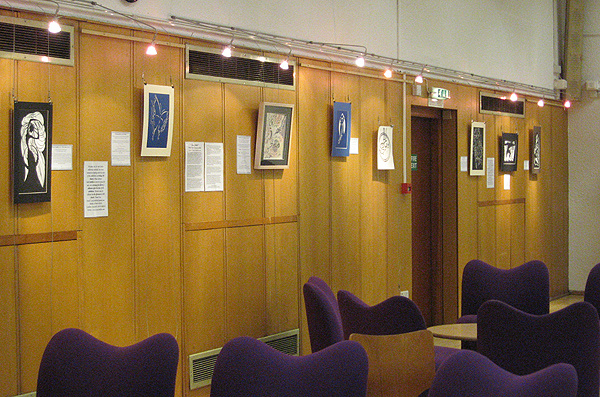 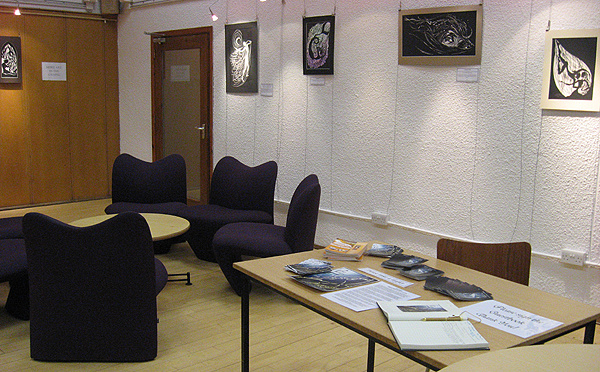 Comments from visitors to Love Letters February-March 2010:
"Wonderful. ... I keep coming back to marvel again."
"Really remarkable work: unusual and highly skilled."
"Meditative. Beautiful. Thank you."
"So impressed, I came back! ... So impressed, I came back again, and brought my family!"
"I love how your pictures have captured the stillness of movement, giving them a feeling of serenity."
"Absolutely superb! Wonderful imagination & skill; especially liked designs incorporating Arabic text."
"I really enjoyed the diversity of style and subject matter which nevertheless was united by your artistic vision, concept and voice. Very inspiring exhibition." 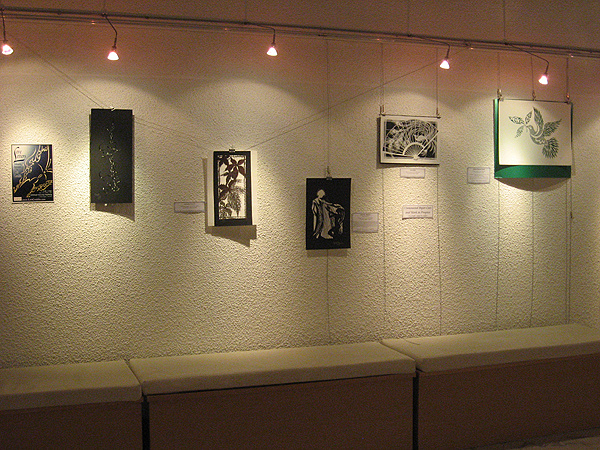 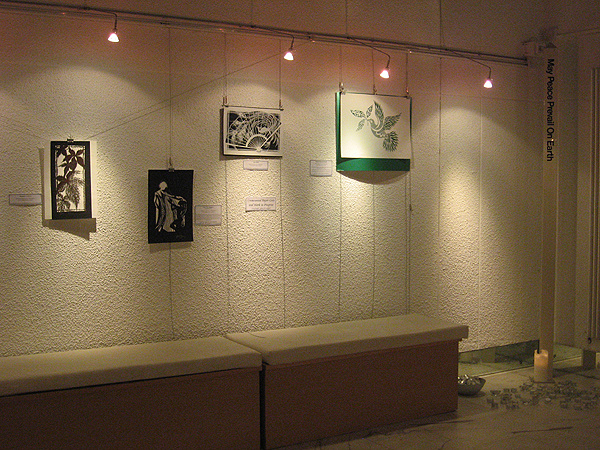