Work in Progress: Speed-Painting on a Cosmic Scale!

On Saturday, 7th November 2015, Lois Cordelia performed a special speed-acrylics painting demo with an unusual twist - at Tindalls, Colchester. She demonstrated how to paint over an existing image on a canvas, creatively choosing to retain elements of the original, with unexpected and even humorous results. Lois often recommends painting onto an existing colour (as opposed to a blank white canvas), and in this case, she went one step further, in painting over an existing image - of interplanetary space!

This "cosmic canvas" may sound an unlikely starting point for a picture of bustling Trinity Street in the heart of old Colchester, but seen through the eye of creative re-imagination, it added surreal and atmospheric lighting effects, and quirky touches of colour and humour.

Scroll down for a series of photographs, showing work in progress, over a period of about 4 hours. And next time you're at Tindalls, have a look at the painting, hanging in the stairwell! :) 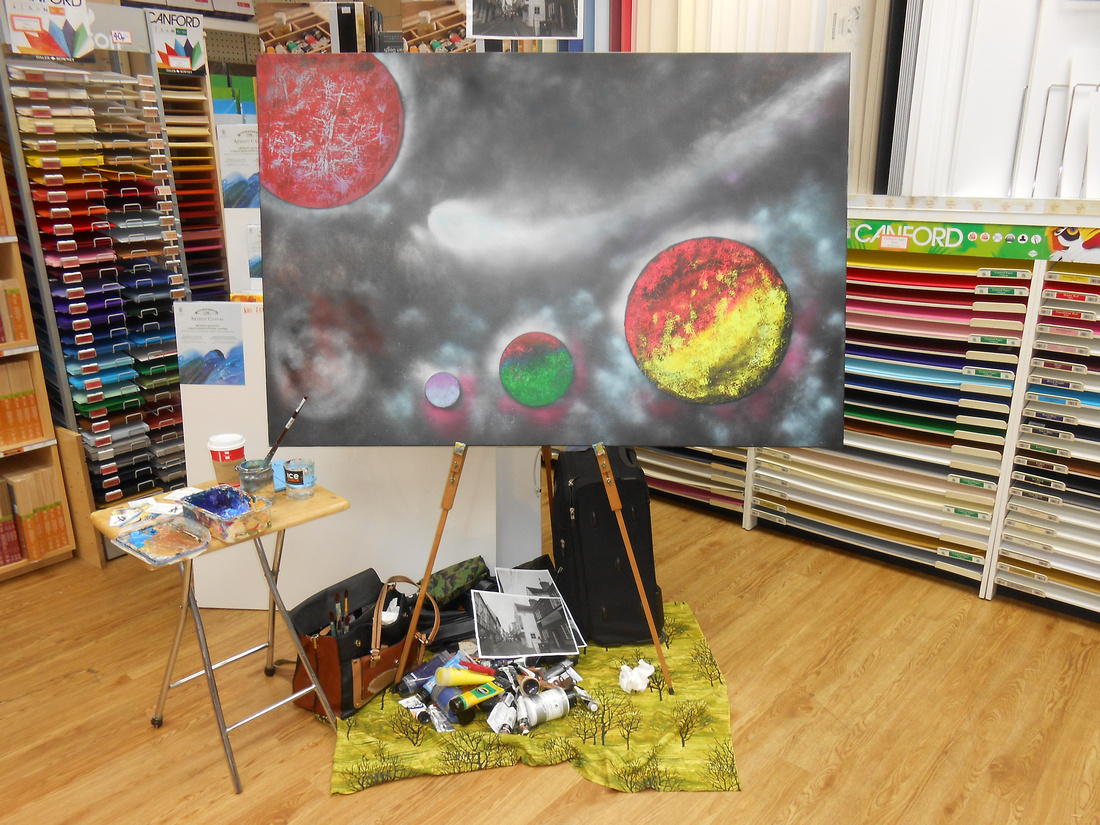 Ten minutes into Lois's speed-painting demo. She chooses to make creative use of the ball of light that forms the head of the comet, as the focal point of the new painting, where all the lines of perspective converge. 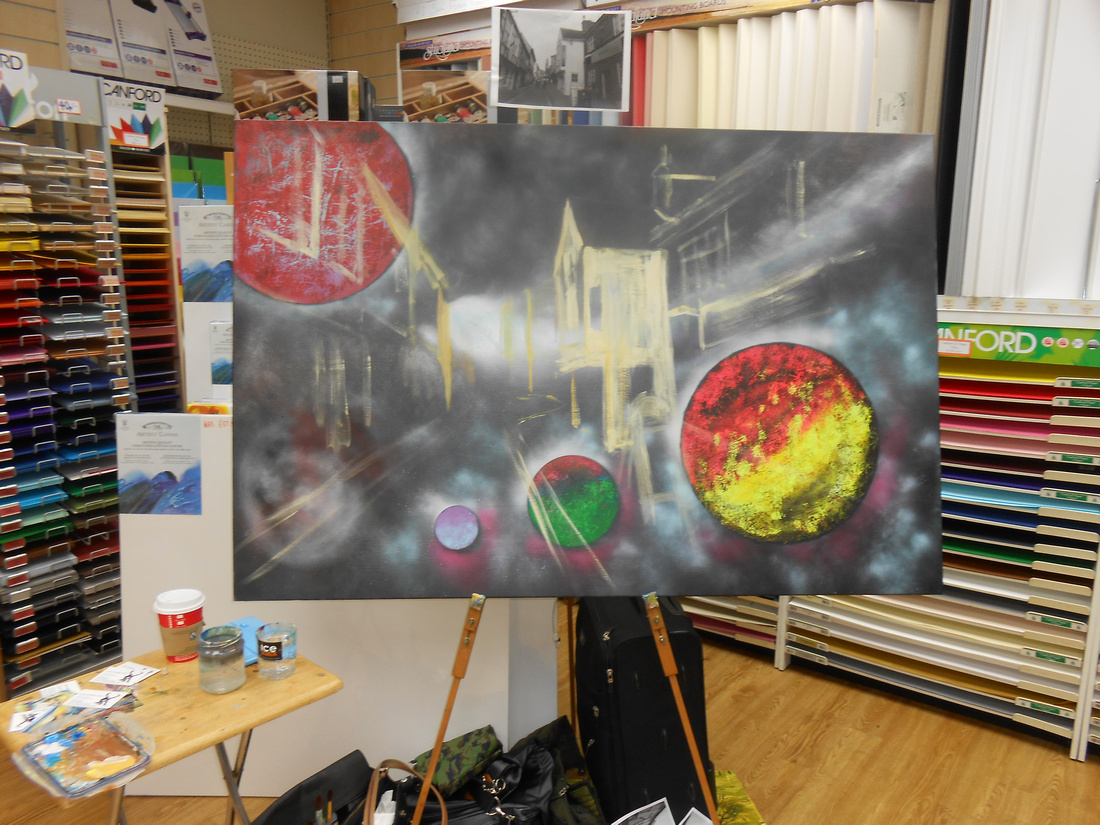 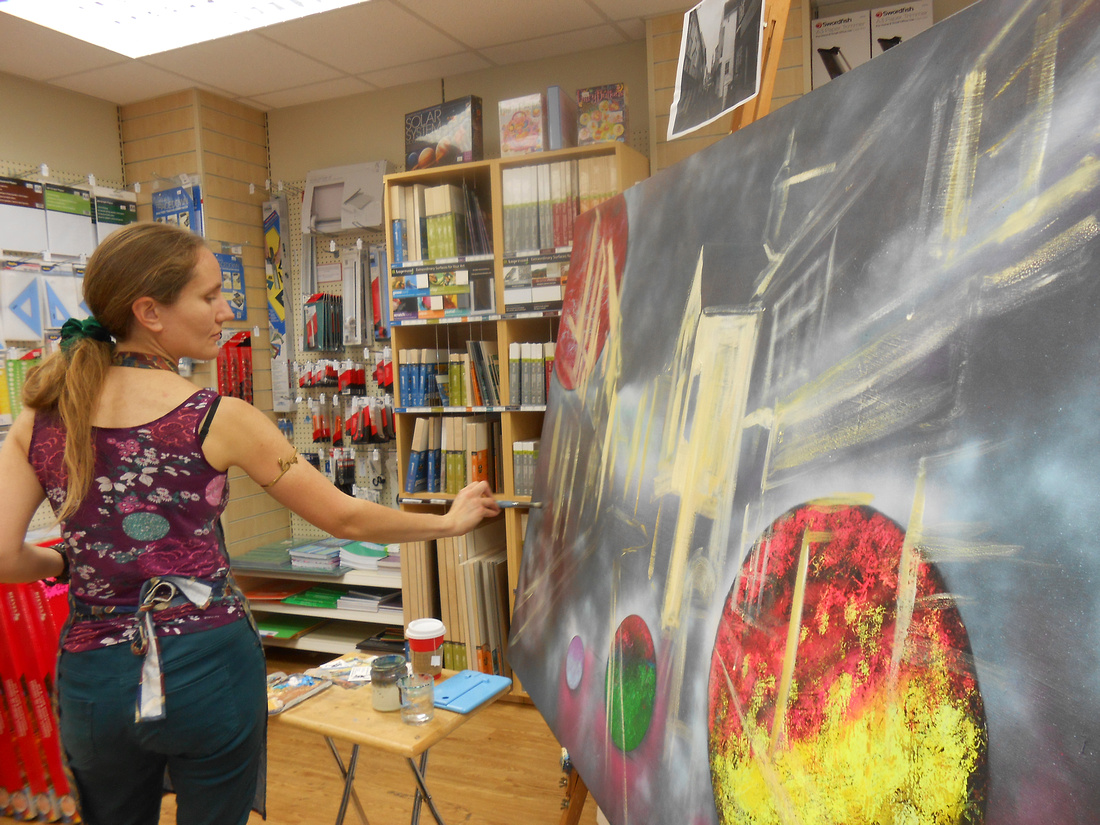 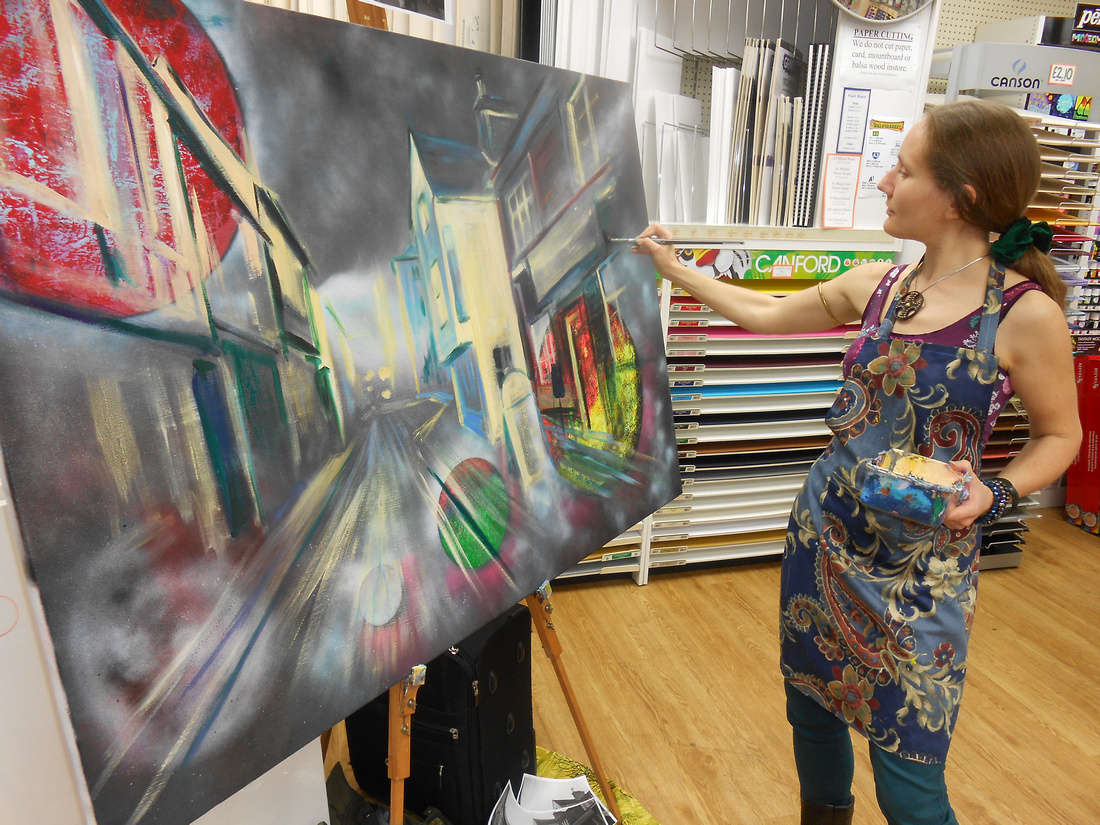 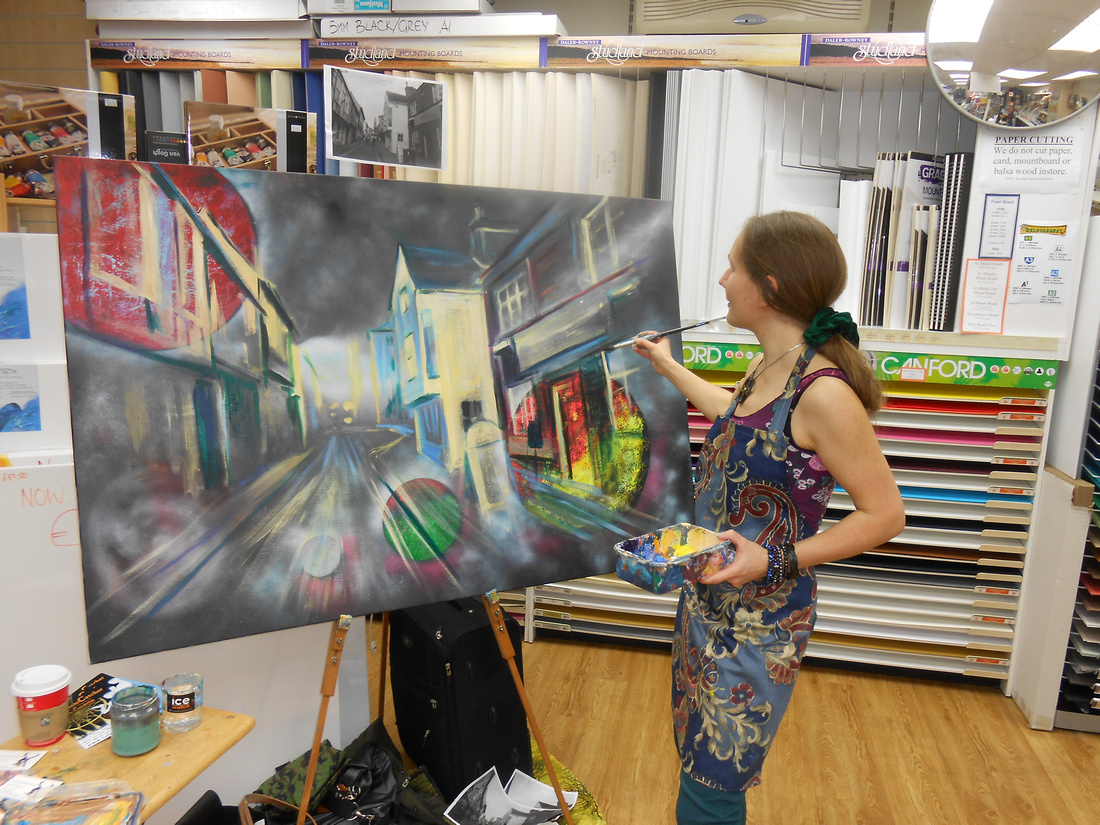 Trinity Street taking shape - with a distinctive sci-fi flavour! What planet is Tindalls on?! 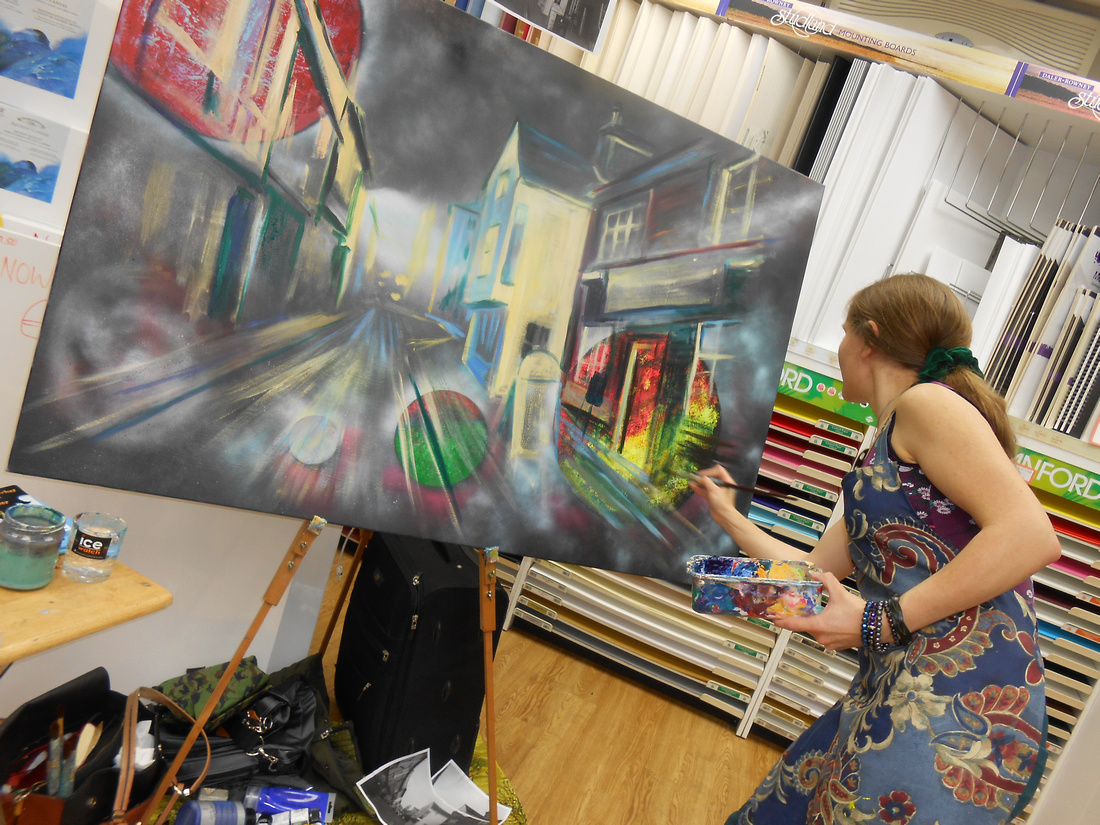 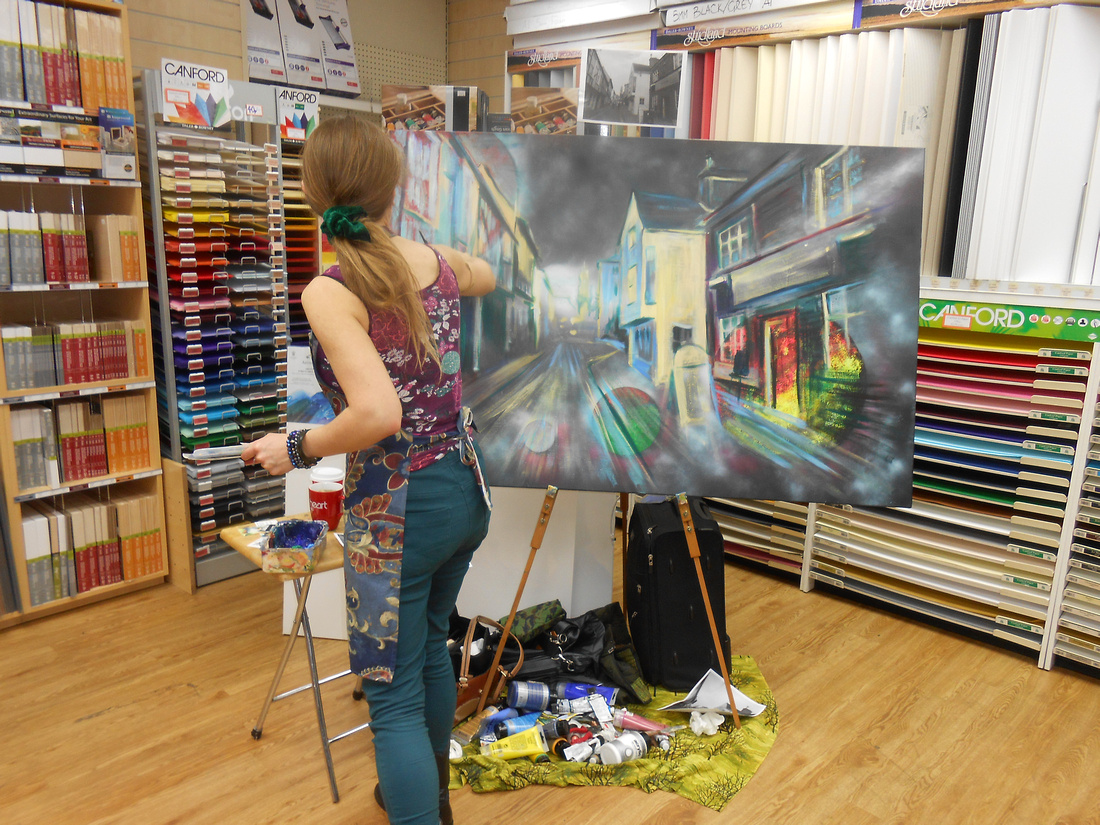 The backdrop of interplanetary space is now largely obscured, but not obliterated. The original planets still "shine through" in places to create unusual "reflection" effects on the pavement and the impression of a wet, rainy street with festive lighting. 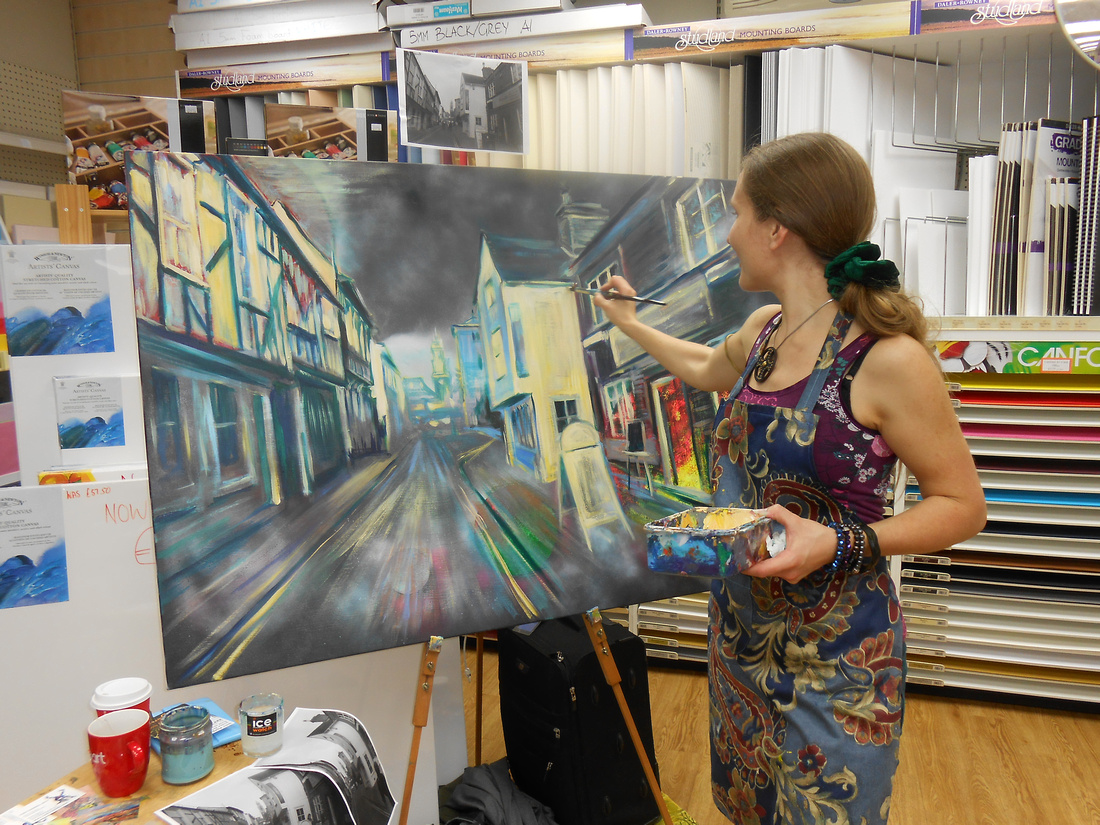 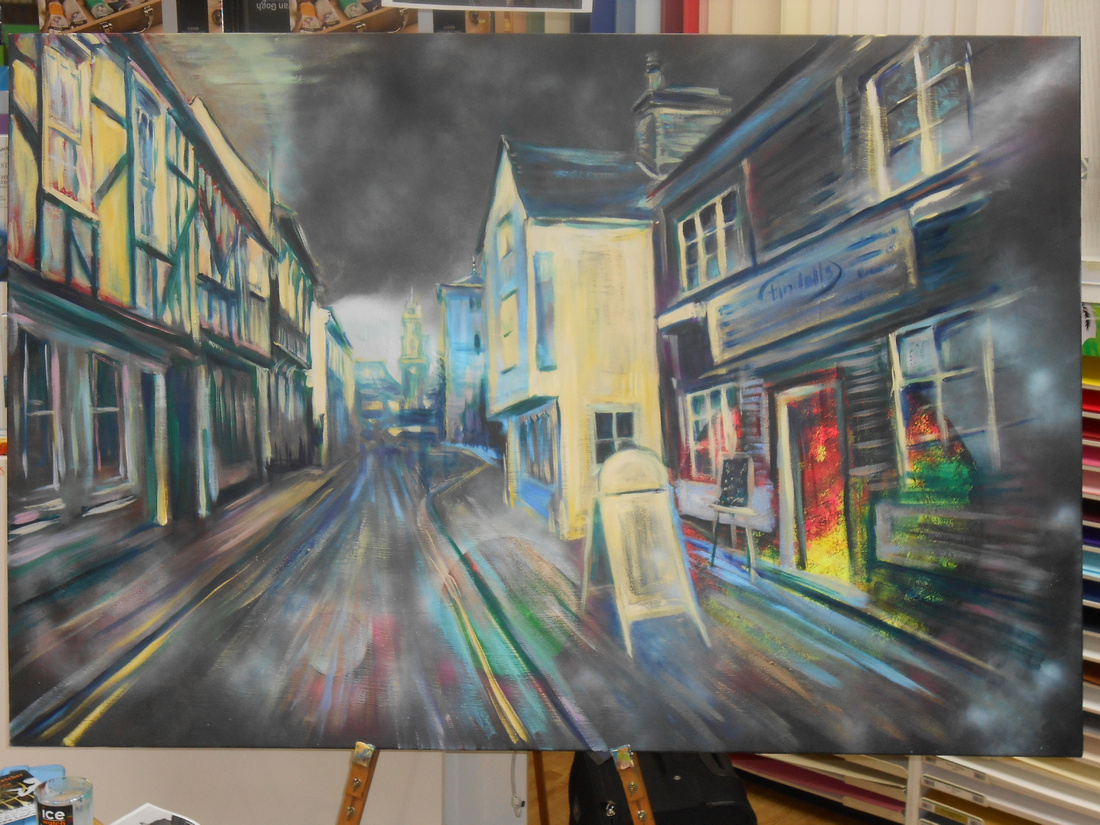 Tindalls Art Shop - where all the magic happens! ;) 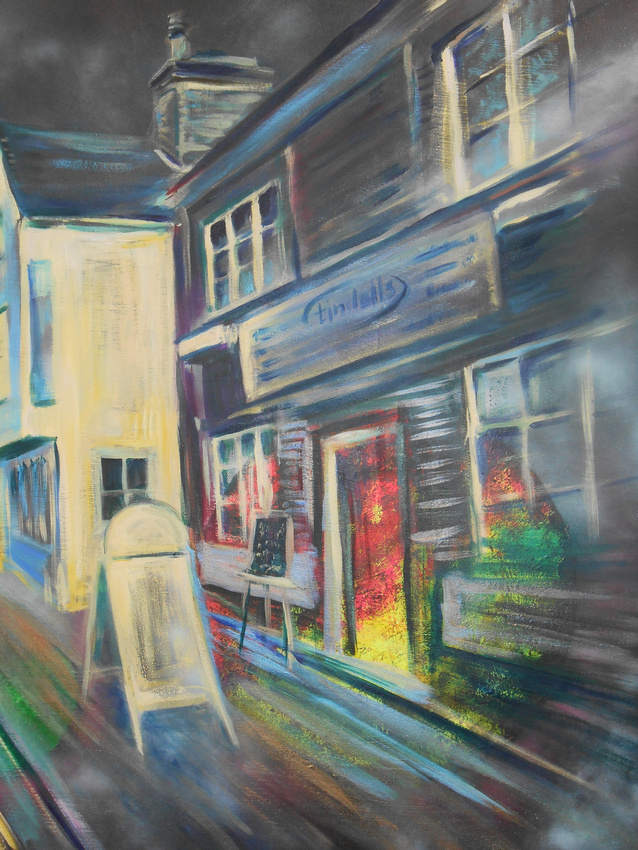 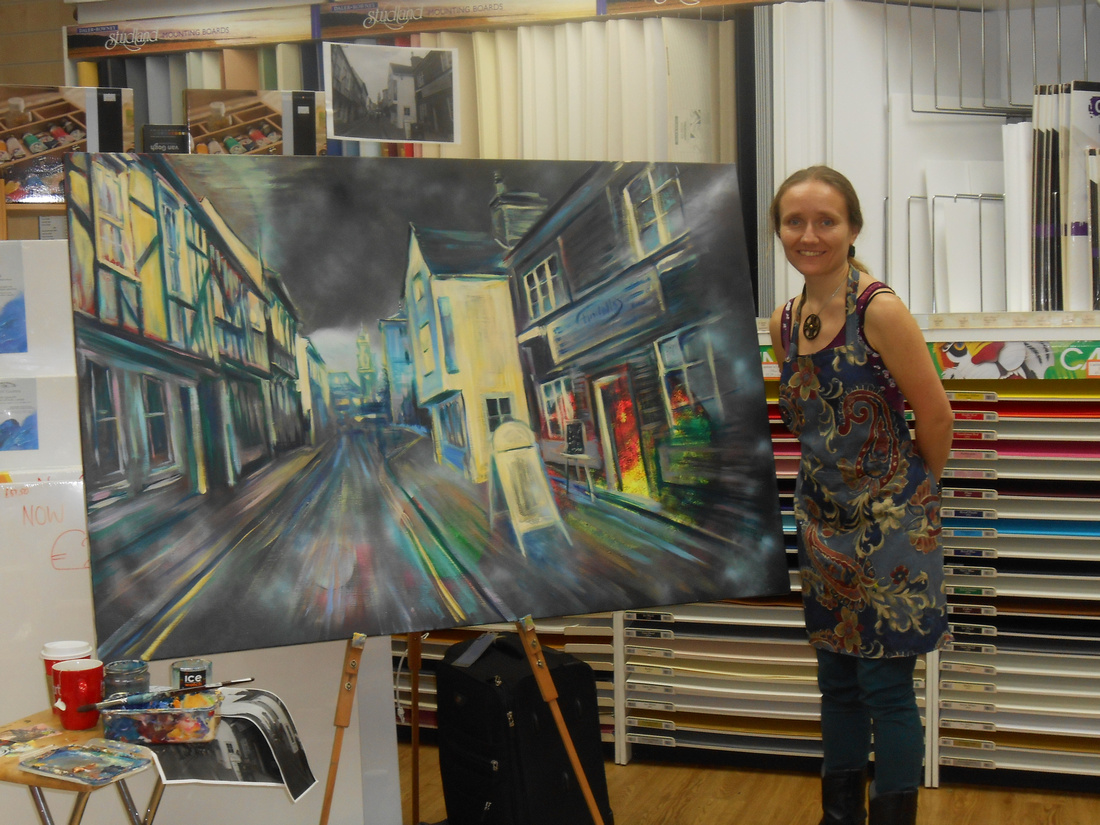 Photo credits: special thanks to Raluca and Will for taking the photos!

Lois's photograph of Trinity Street, on which she based her re-styled "cosmic canvas". 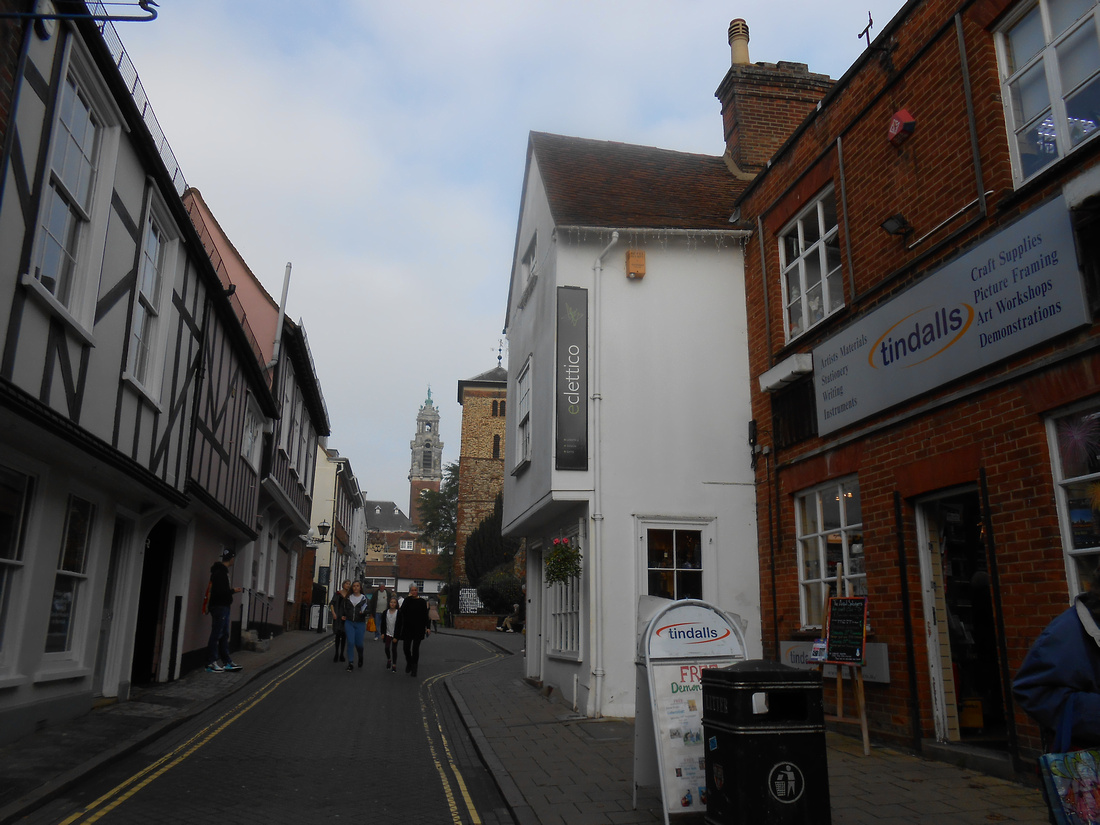