When one artist paints another artist, the results are often particularly interesting and dynamic... In this case, both artists also work with unusual speed and innovative mediums. Edward Ofosu paints using only his finger on a touch-screen I-pad, creating an effect that looks as tactile and translucent as an oil painting. His portrait of Loïs Cordelia (below) was completed in the space of about two hours, on 16th February 2015. 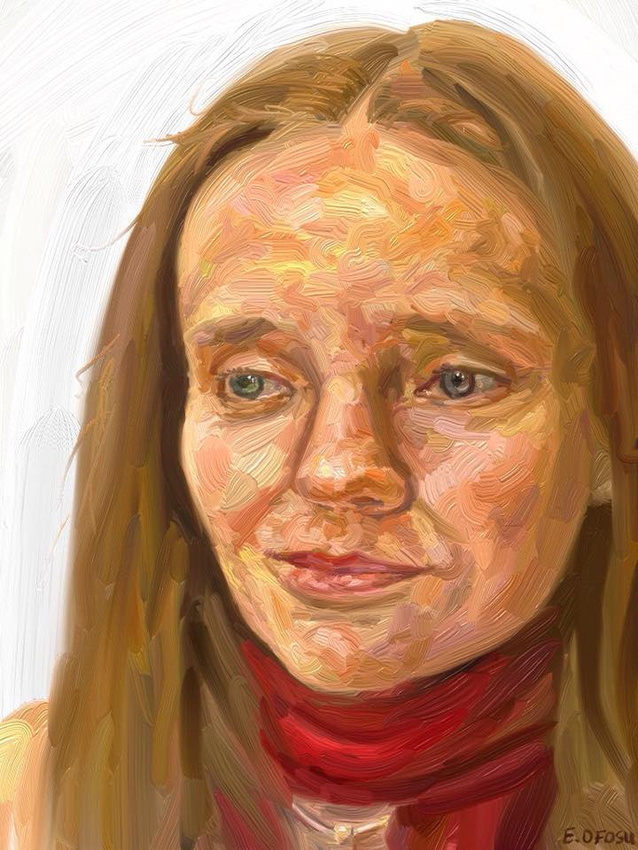 Loïs works with a surgical scalpel, cutting out of black paper. An energetic coloured-pencil sketch forms the basis of a precise cut-paper design, adding a further expressive dimension to the work. Her portrait of Edward was likewise completed entirely from one life sitting, taking about three hours, on 27th March 2015. 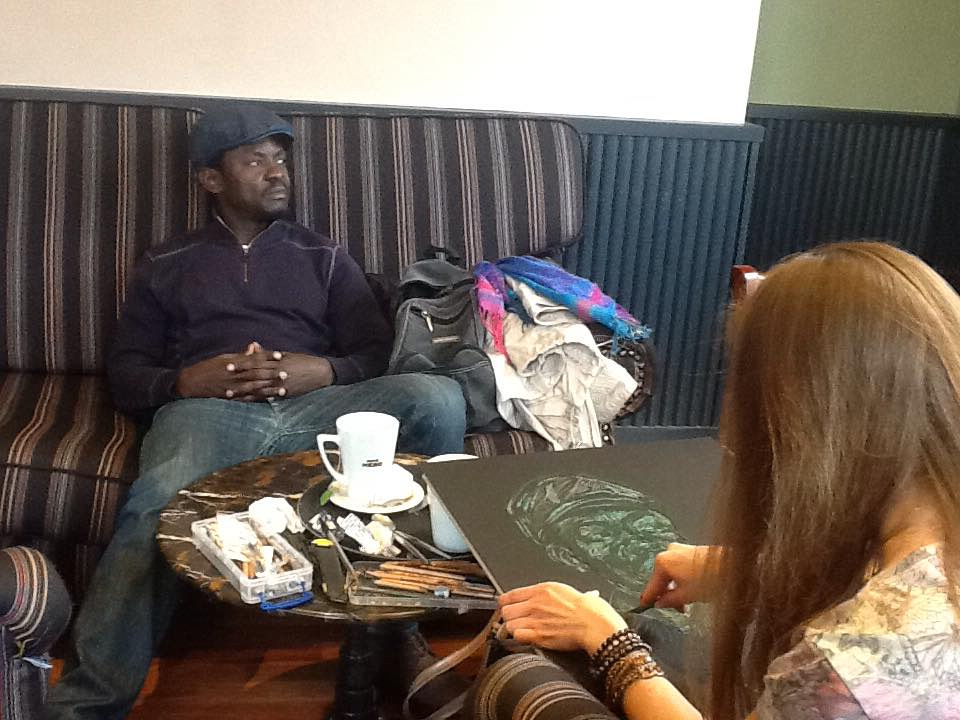