Loïs Cordelia's latest work in cut-paper features her reinterpretation of an ancient symbol of Nature, the Green Man, combining references also to another ancient 'green man', the legendary archer, outcast, and liberator of the poor and oppressed, Robin Hood. The Green Man looks away from the viewer with a poignant, wistful expression, rather than directly at the viewer with a level gaze, as the Green Man is traditionally depicted. 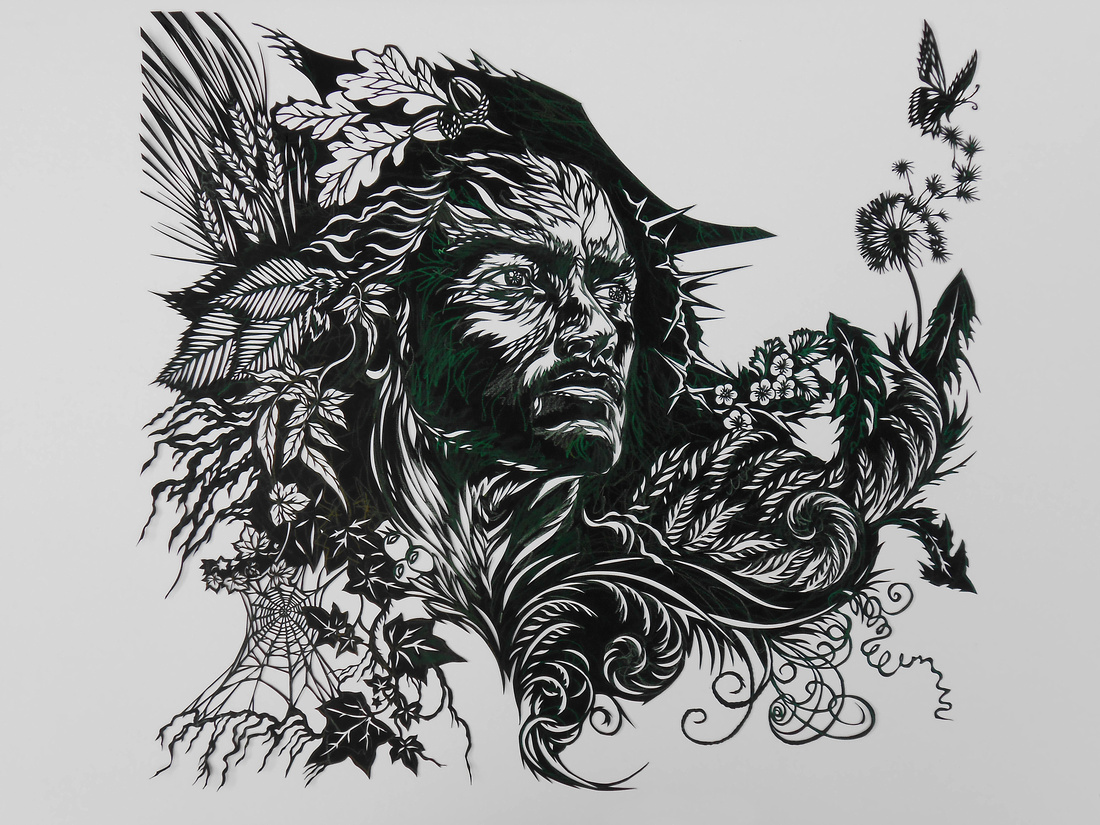 Gaze of the Green Man"Gaze of the Green Man"
Scalpel paper-cut. Approx. 40 x 50 cm. April 2015.
The Green Man looks away from the viewer with a poignant, wistful expression. The spider's web hints at the fragile interconnectedness of Nature. A dandelion clock implies transience, but also proliferation. A butterfly suggests rebirth.

The crown of thorns hints at Christ's suffering, suggesting how biodiversity is destroyed and crucified by humankind. The spider's web hints at the fragile interconnectedness, while numerous native plant species evoke various aspects of Nature. A dandelion clock implies transience, and perhaps the running out of time, but also proliferation. A butterfly suggests rebirth. 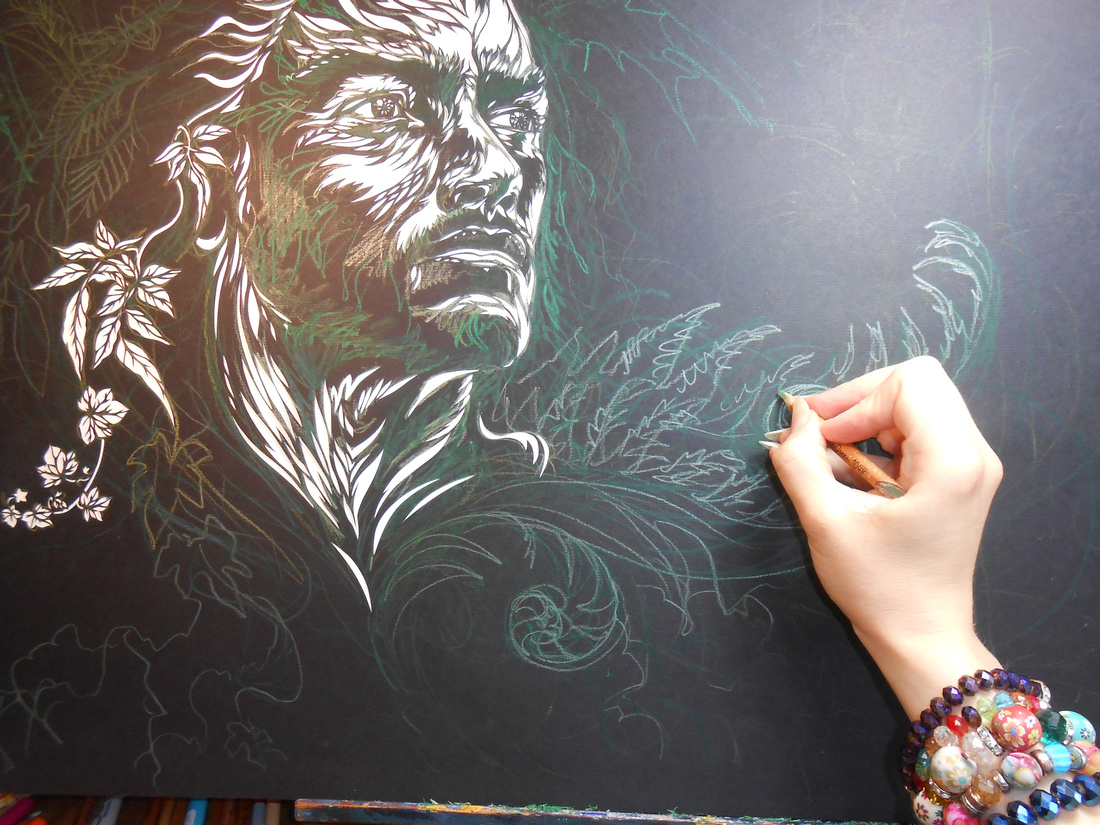 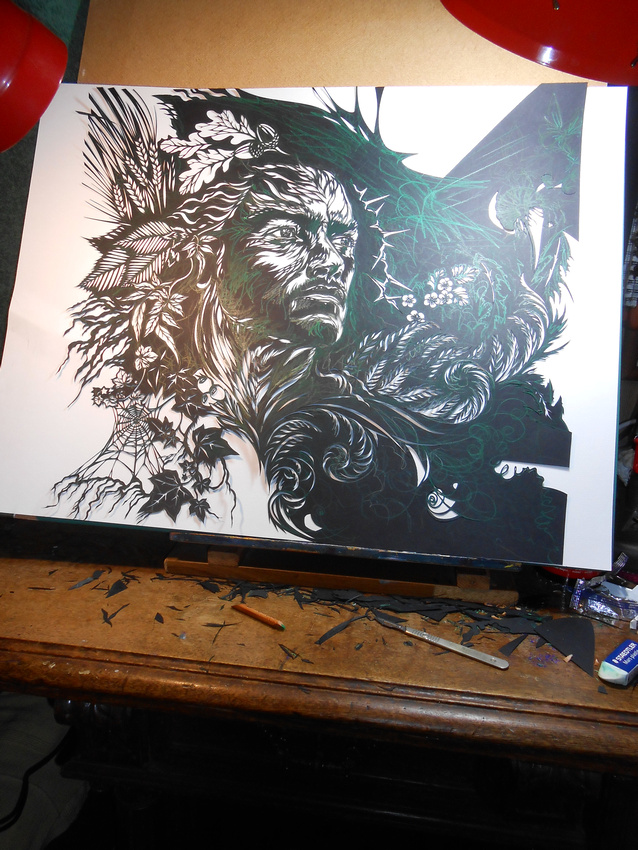 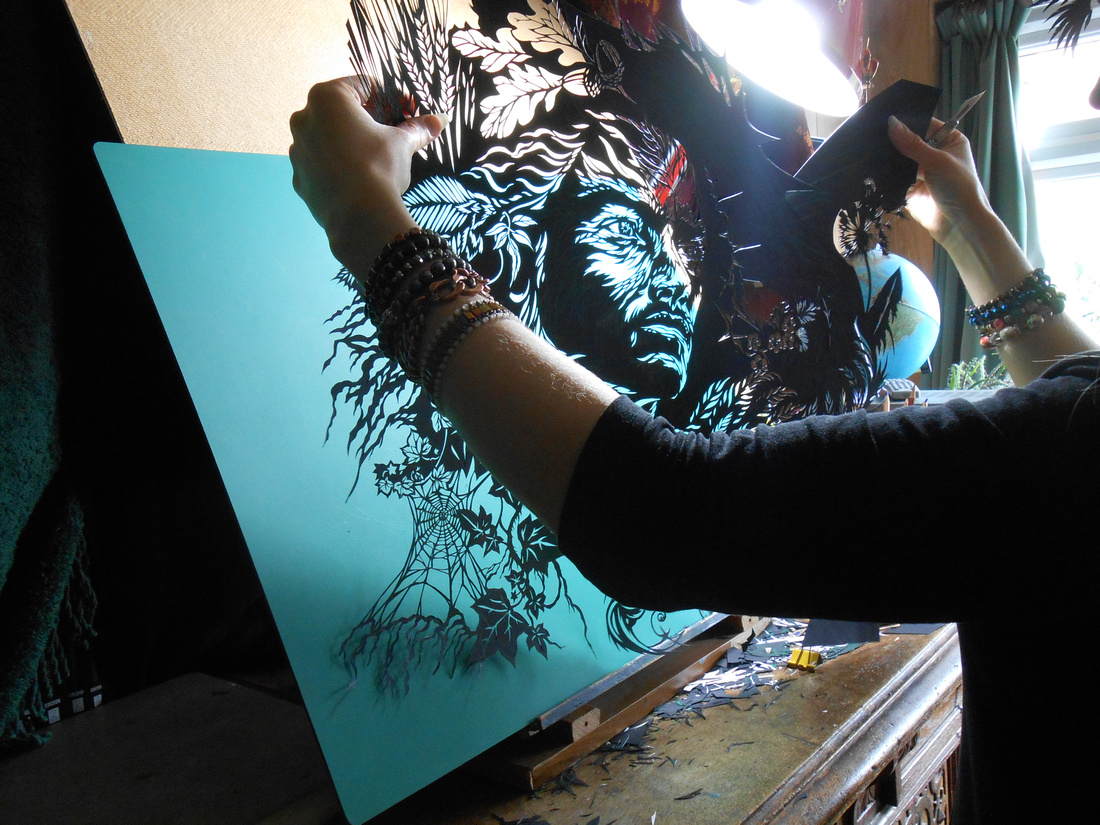 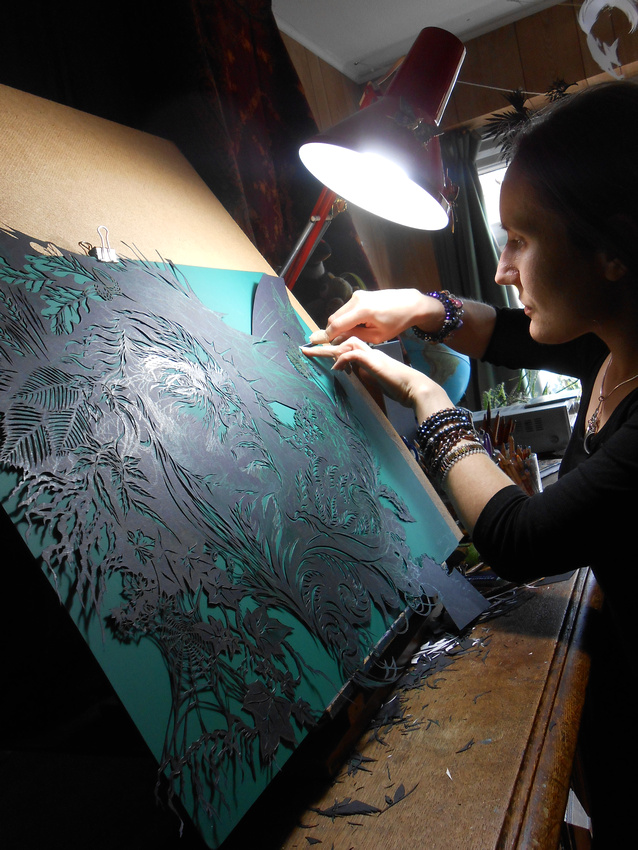 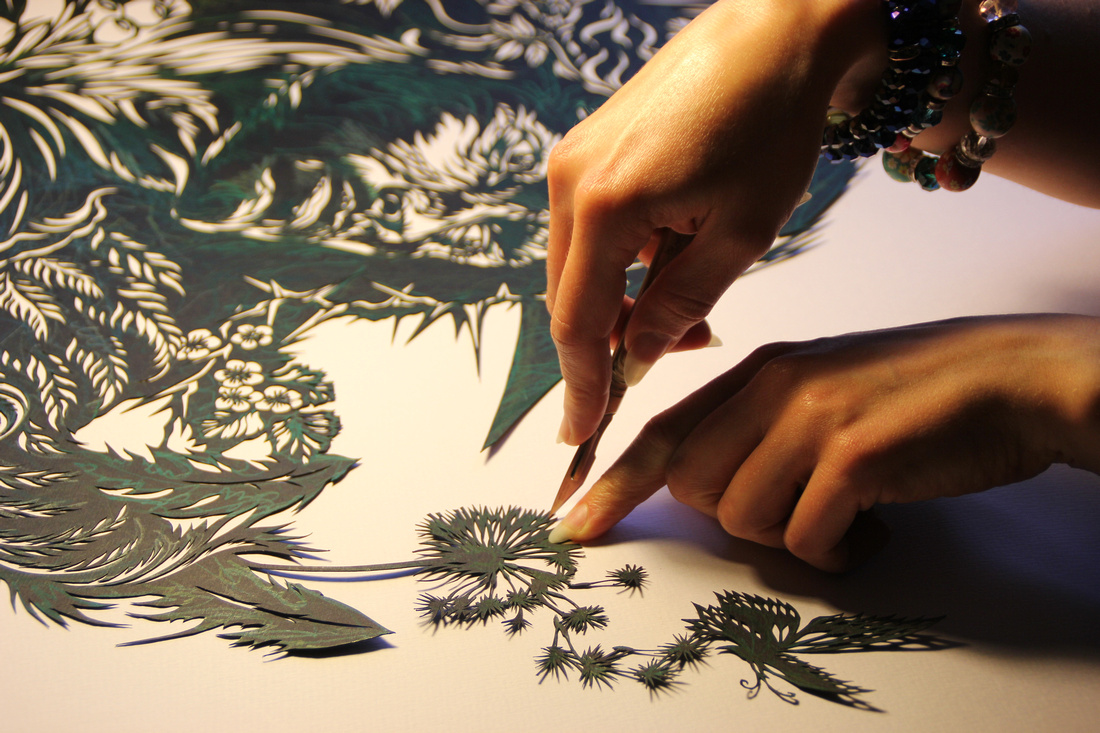 See Loïs at work on this design in her new video:

Caroline Mackenzie(non-registered)
Wonderful work and so interesting to see the process. Re-working archetypal symbols in a contemporary context is so important.
Loïs Cordelia
Many thanks for your kind words, Charlotte.

Interesting to hear that you stand up while painting for the same reasons!