November 29, 2016  •  Leave a Comment
The Hedgehog Tree is the result of an unusual collaboration between Anna Matthews of La Tour Cycle Cafe, the Suffolk Wildlife Trust and Ipswich artist Lois Cordelia. The tree will be on display as part of the St Mary-le-Tower Grand Christmas Tree Festival, for one week only: from Thursday 1st until Wednesday 7th December 2016. The Hedgehog Tree aims to help raise awareness of hedgehog conservation and highlight Suffolk's pioneering role in this field.
Suffolk Wildlife Trust's recently appointed Hedgehog Officer Ali North led a children's festive craft workshop at the Cycle Cafe in November 2016, making hedgehogs out of pinecones and other materials.
Artist Lois Cordelia contributed the paper-cut "topper" sculpture, linking hedgehogs and other wildlife with the theme of cycling, in reference to La Tour Cycle Cafe. As Lois pointed out, even the teeth around the bicycle gear link with hedgehog spines. The sculpture is cut out of paper and foamboard, using a surgical scalpel. It's also the first time that Lois has ever signed her own name in cut-paper! Special thanks go to Joni Doe for supplying a bicycle crank as a helpful reference :-) 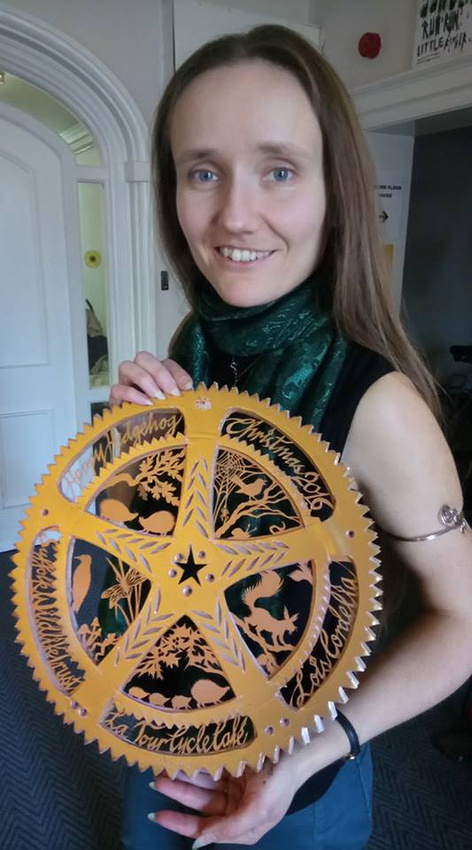 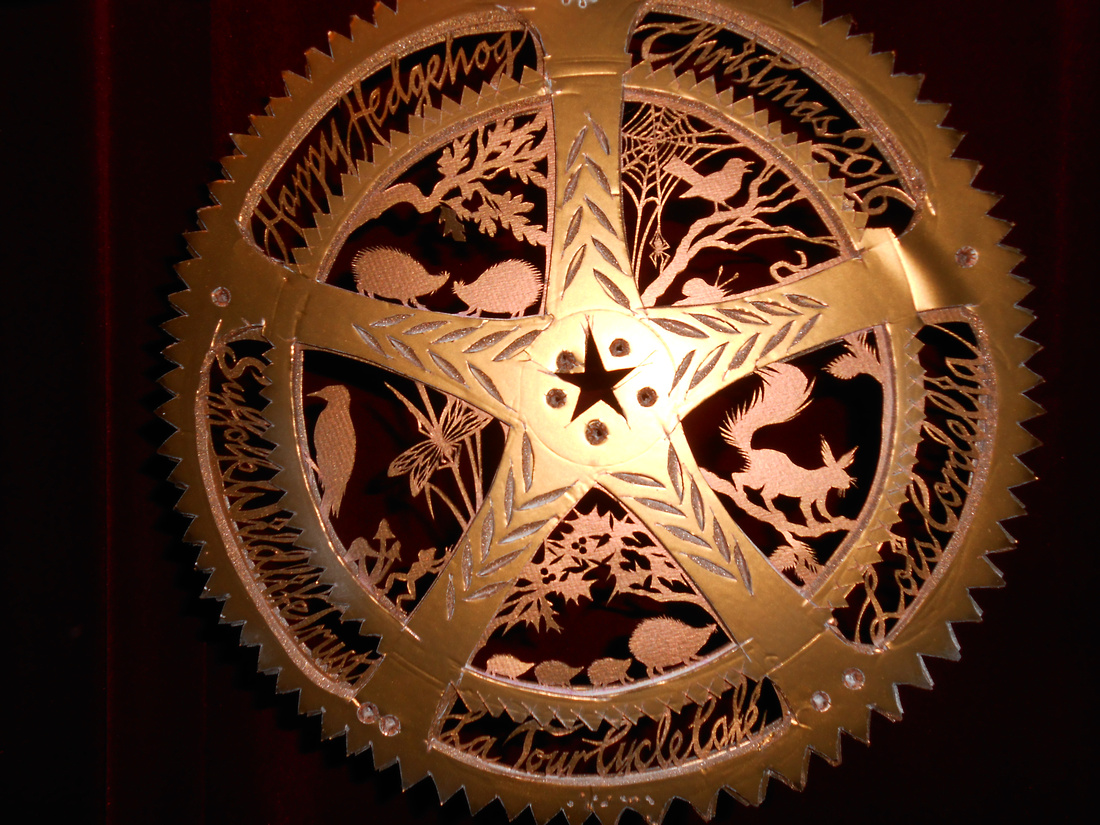 Now in position, on the top of the tree, in the porch of St Mary le Tower Church, Ipswich - until Wednesday 7th December. Lois Cordelia (left) and Anna Matthews (right). 30th November 2016. Photograph by Donna Joyce. 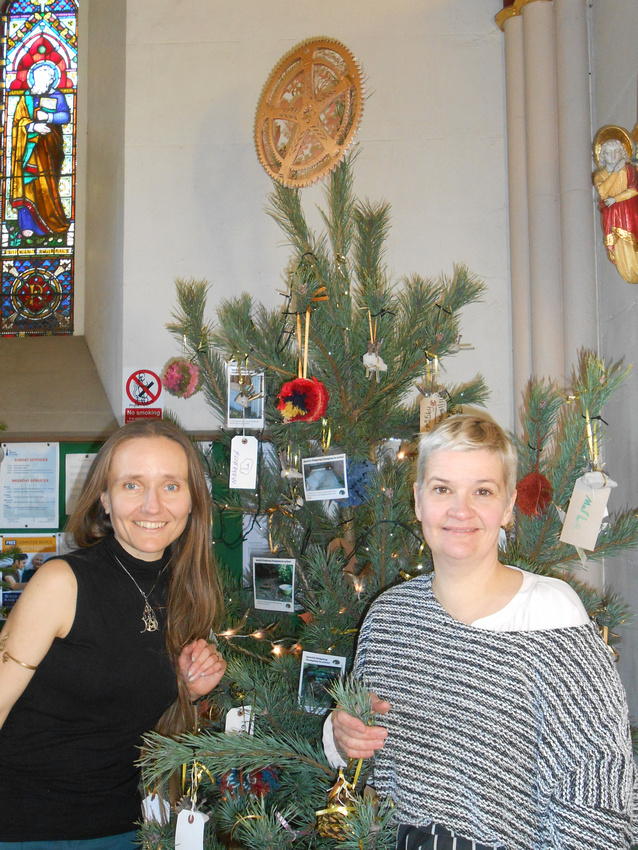 Some of the hedgehogs made by the children in Ali North's craft workshop: pompoms, pinecones and air-drying clay :-) Did you know: the collective term for a group of hedgehogs is an "array" of hedgehogs. 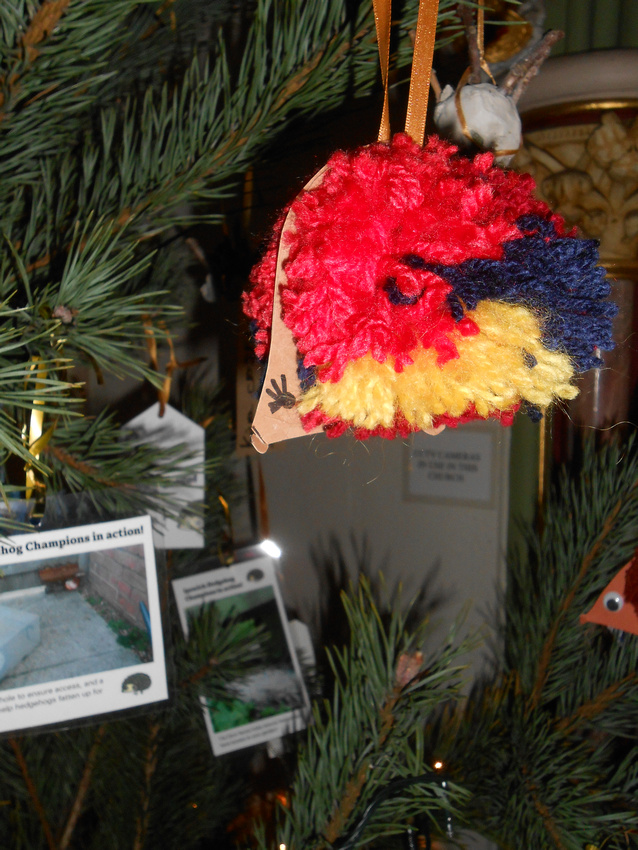 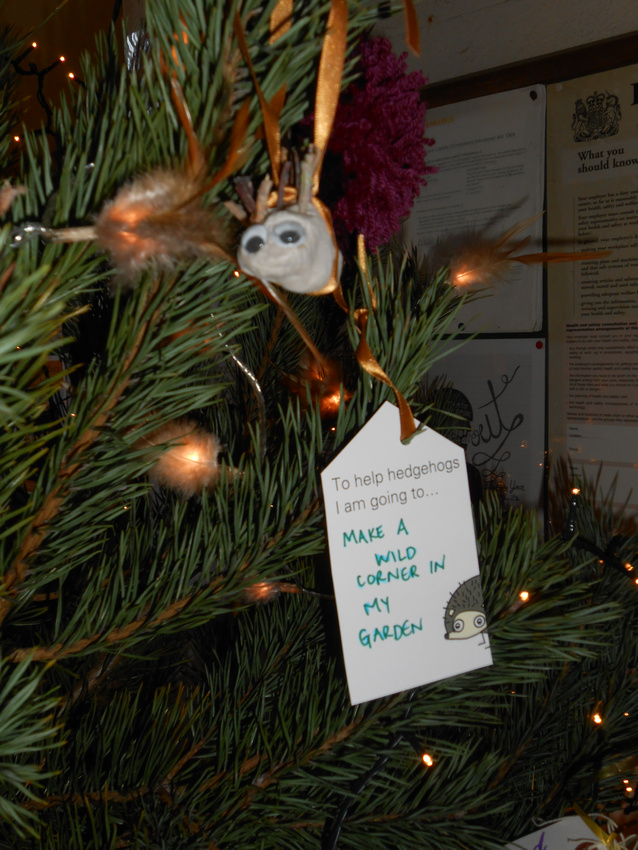 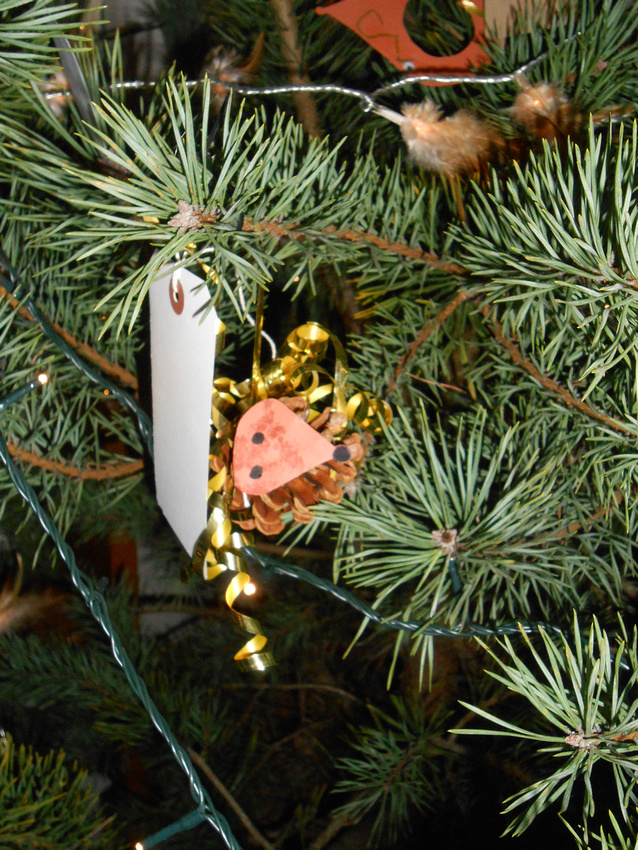 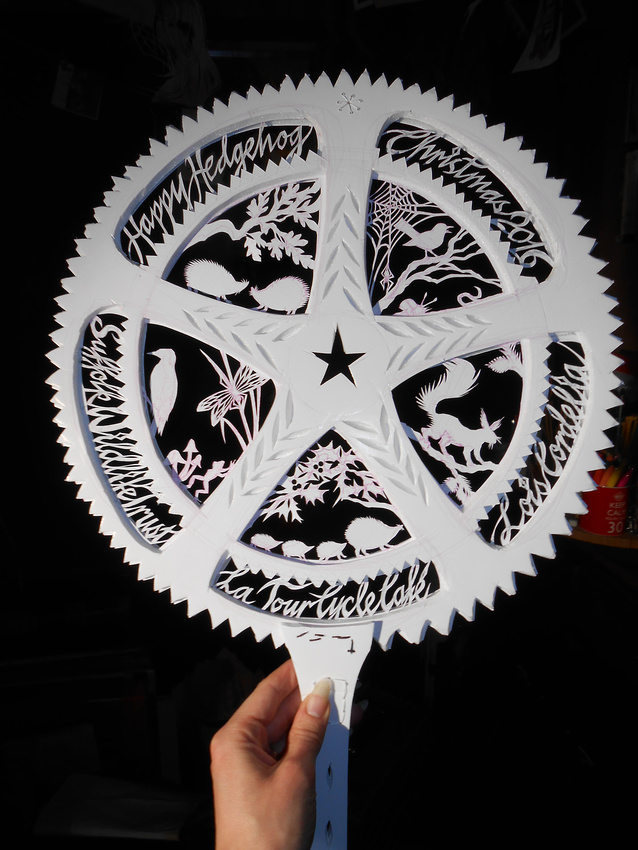 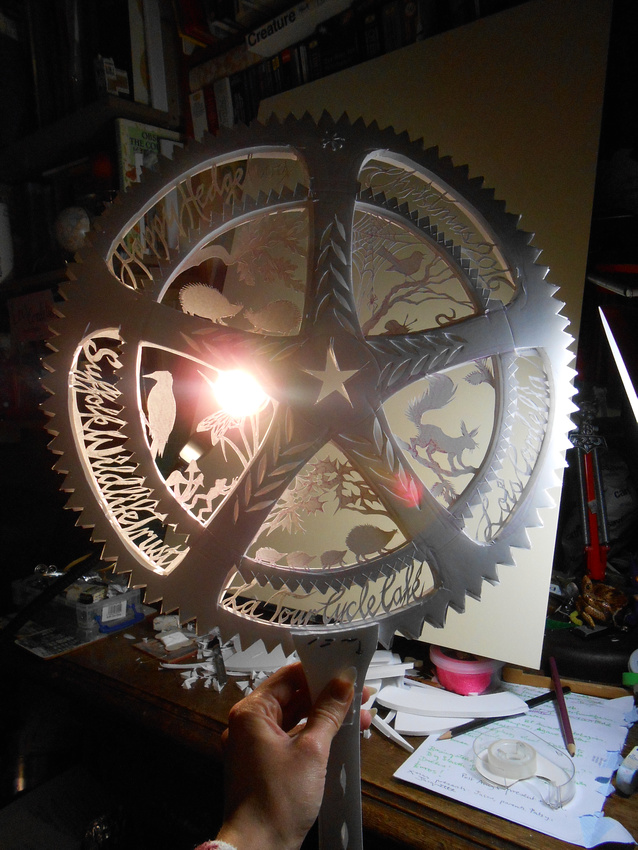 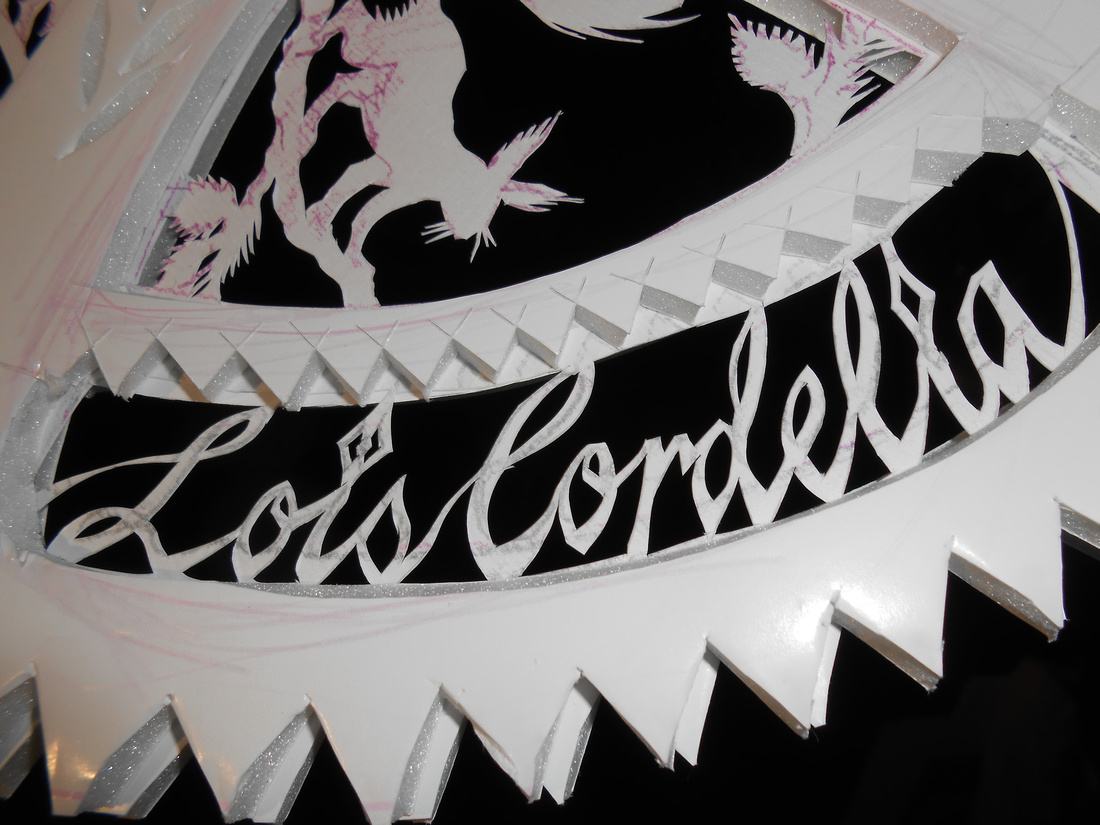 The team's creative collaboration follows the popularity of last year's cycling themed tree, featuring a dramatic sculpture by Lois Cordelia of an angel vaulting over a BMX bicycle, along with a host of miniature bicycles made by children during a pipecleaner crafting workshop.