The official Ipswich launch of a short film, Malka, by Stefan Freedman and Lois Cordelia has raised more than £1000 for Suffolk Refugee Support. Malka is a short non-profit film that aims to reach out to the public and promote empathy and understanding of refugees, seen through the eyes of a child.


The launch event on Friday 28th April featured a rich and varied programme, including an introductory talk by Ian Stewart of Suffolk Refugee Support, three screenings of Malka with and without subtitles, an exhibition and live speed-painting demonstration by artist Lois Cordelia, and live traditional Eastern European music and dance with an 11-piece band that included all of the original Malka musicians. Stefan and Lois spoke about some of the inspiring stories behind their local creative collaboration, and Lois also donated one of her paintings for a silent art auction. Additionally, there was circle dancing and a generous buffet meal. 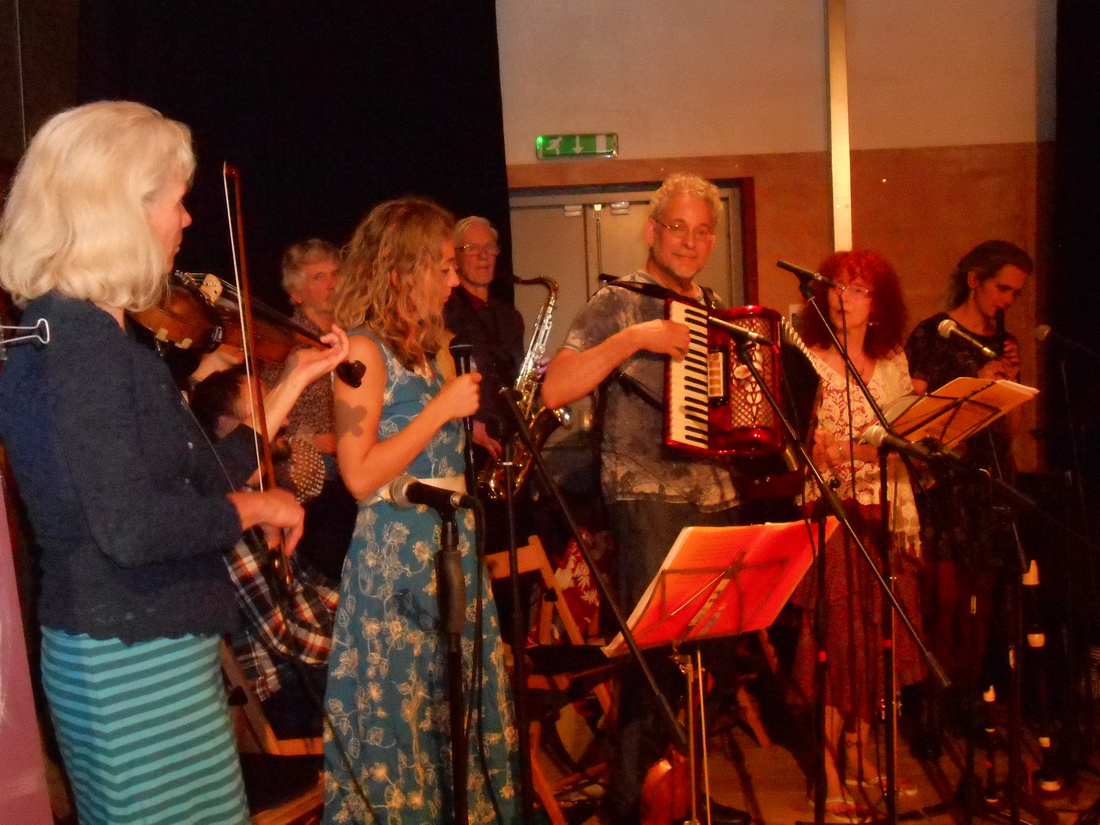 The event was generously co-hosted by the award-winning Ipswich theatre group Red Rose Chain, whose ethos closely matches that of the Malka project: "Many of our practitioners and volunteers are those whose lives have been turned around by Red Rose Chain. We believe in change and have created a finely balanced, welcoming and creative environment which nurtures our participants, builds their self-esteem and radically improves their life." Ipswich artist Lois Cordelia performed two live speed-painting demonstrations as part of the evening, painting along with the live music, to evoke the spirit of the film. The Malka launch also featured an exhibition of some of Lois' artwork for the film. A silent art auction raised £250 (a quarter of the total raised by the event). 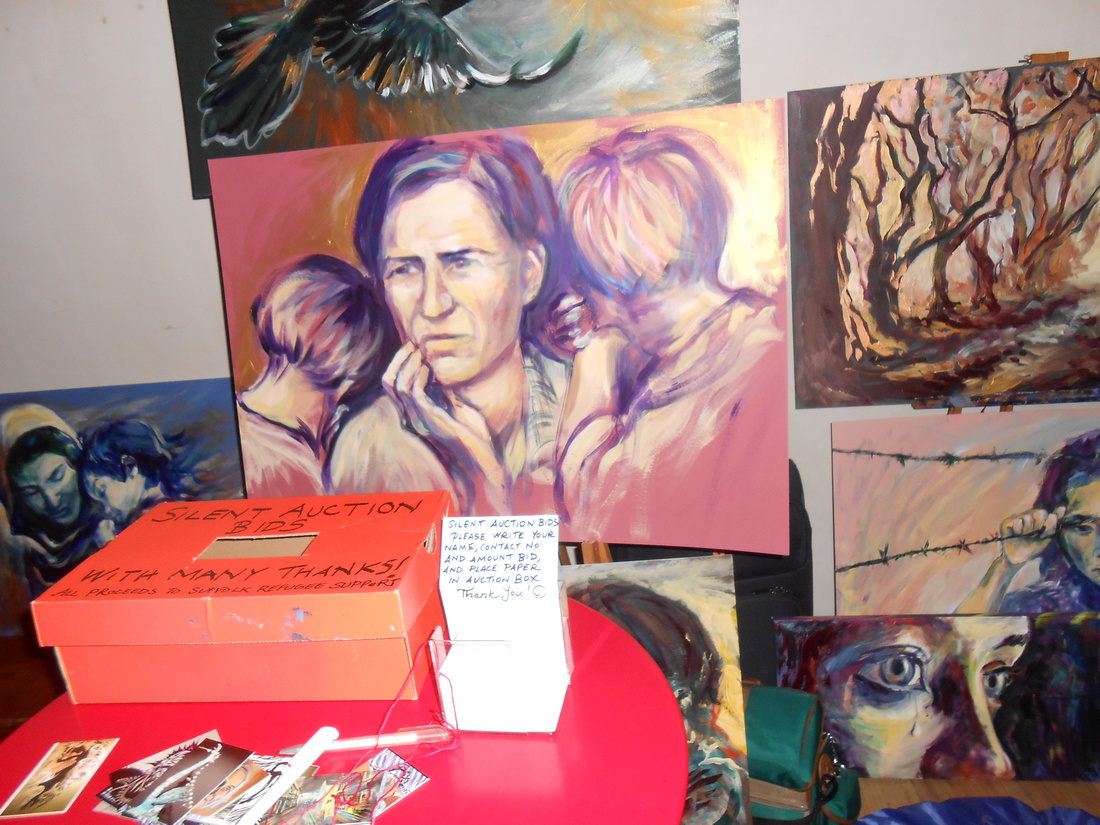 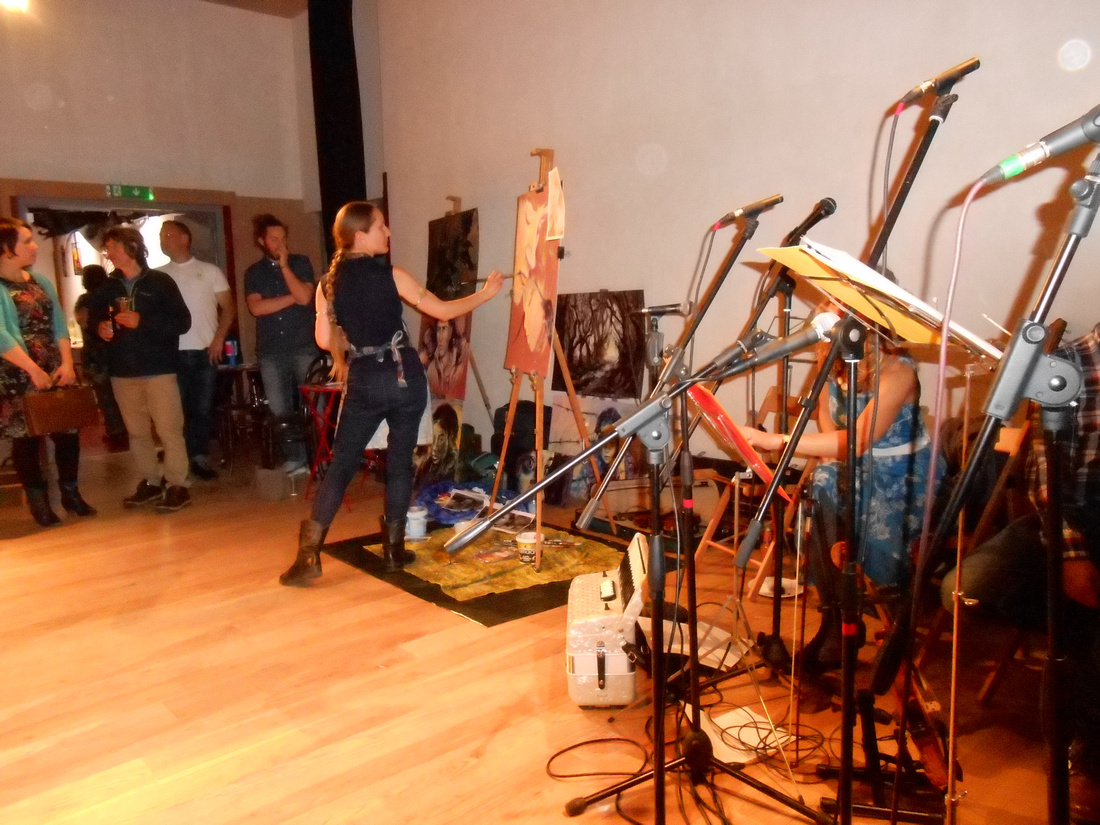 Stefan and Lois wish to extend heartfelt thanks to everyone involved in making the Ipswich launch event a success, including all musicians and support, everyone who attended and bought tickets for the launch event, helped out with catering, promotion, press, radio and media coverage, ticket sales and facilities, sold copies of Malka on DVD, gave talks, assisted with transport and set-up, and everyone who bid in the silent auction. Special thanks go to Joanna Carrick for agreeing to co-host the event at Red Rose Chain.

simon whitney(non-registered)
Fabulous Lois Lovely pictures and both events have been very successful. You know the work you and others are doing is going straight to the people that need it.