The Snowman celebrates his 40th birthday at MediaCityUK

Believe it or not, The Snowman is 40 this year. First published in 1978, Raymond Briggs' children's picture book tells the story of a little boy who builds a real Snowman. It was adapted as an animated film, released in Christmas 1982, with music by Howard Blake, including the famous song Walking in the Air sung by Aled Jones. To celebrate the Snowman's 40th birthday, MediaCityUK are hosting Walking with the Snowman a very special festive wintry art trail of 12 giant Snowman sculptures, representing the 12 Days of Christmas. The trail is presented by Wild in Art (the team behind the widely acclaimed Bee in the City trail) in collaboration with Penguin Ventures and is raising valuable funds for Children in Need.

Ipswich artist Lois Cordelia is one of twelve artists involved in the project, and was asked to speed-paint her design for "Eleven Pipers Piping" as the launch sculpture for the trail on site at MediaCityUK earlier this week (October 2018). Lois wanted to emphasise cultural diversity in her design and so she spent some time researching pipe instruments from all over the world. The full list includes: the Highland Bagpipes, the Native American Flute, the Didgeridoo, the Pibgorn, the Medieval Shawm, the Indian Bansuri, the Clarinet, the Recorder, the Pipe Organ, the Panpipes, and the Ancient Greek Double Pipes. Lois also wanted to represent both male and female, old and young, from different periods of history, so the musical instruments are played by a diverse band. Imagine the sound of these Eleven Pipers Piping! Woven in amongst the pipers, varied excerpts of pipe music tie together the elements of the design: Auld Lang Syne, Flight of the Condor, and J. S. Bach's Toccata and Fugue.

Come along to MediaCityUK between 22nd November to 6th January to visit all twelve Snowmen! 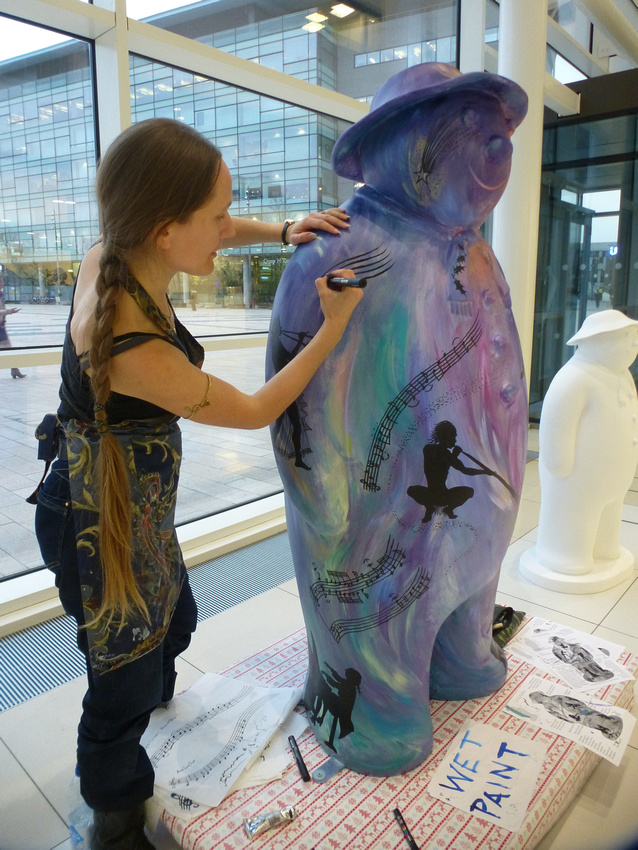 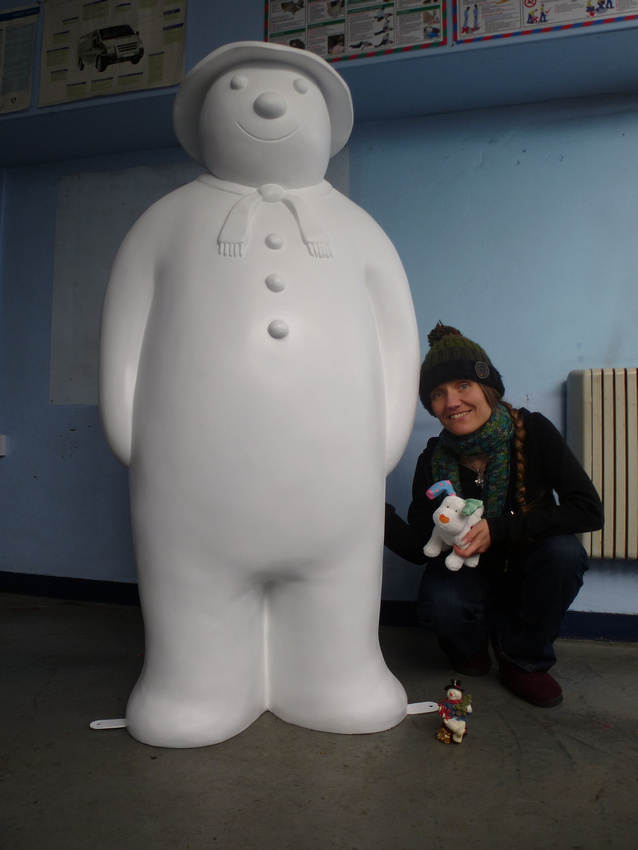 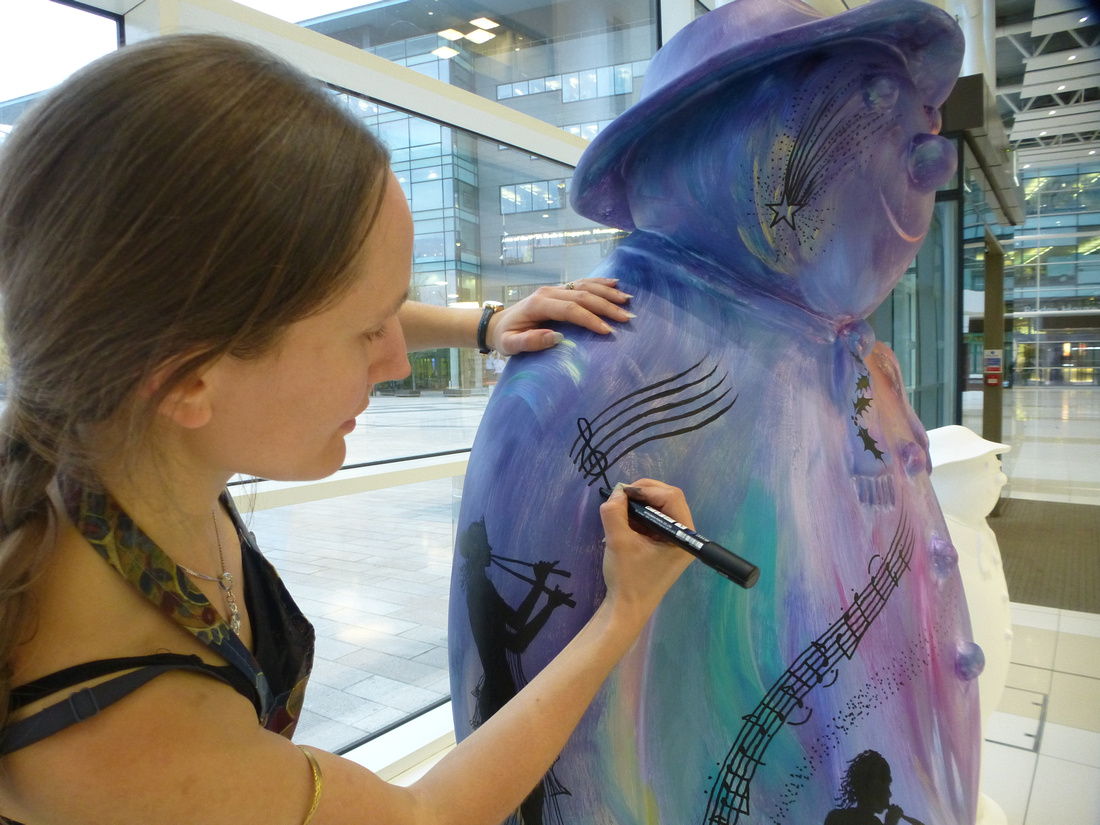 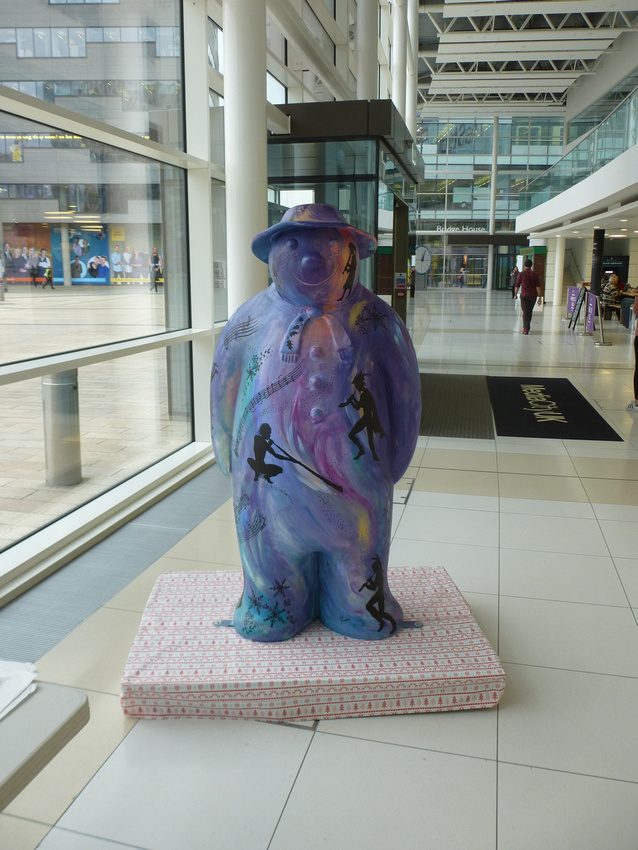 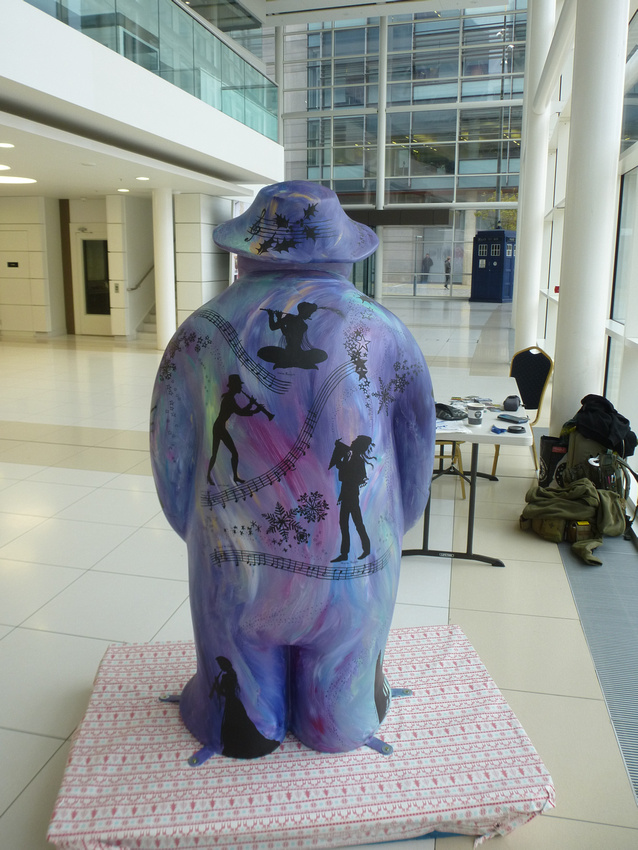 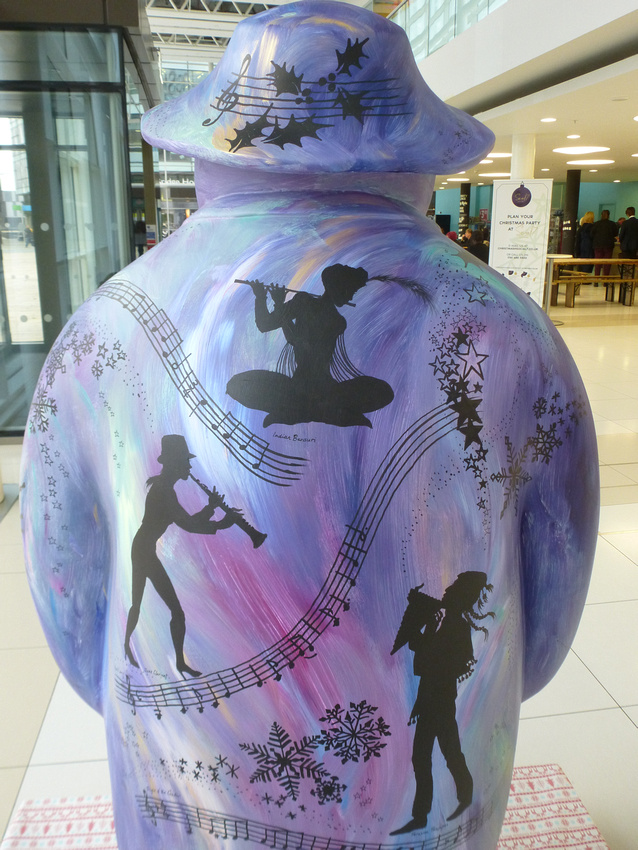 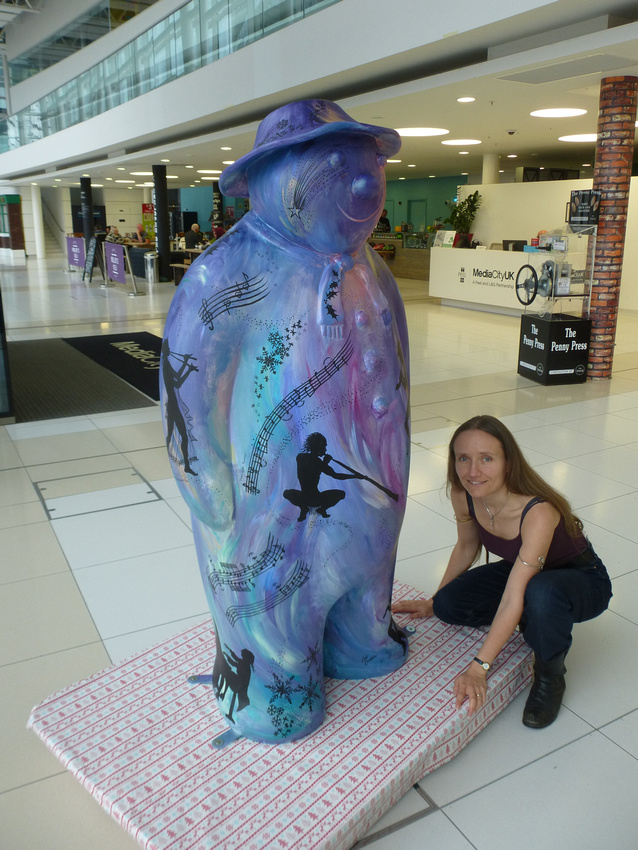 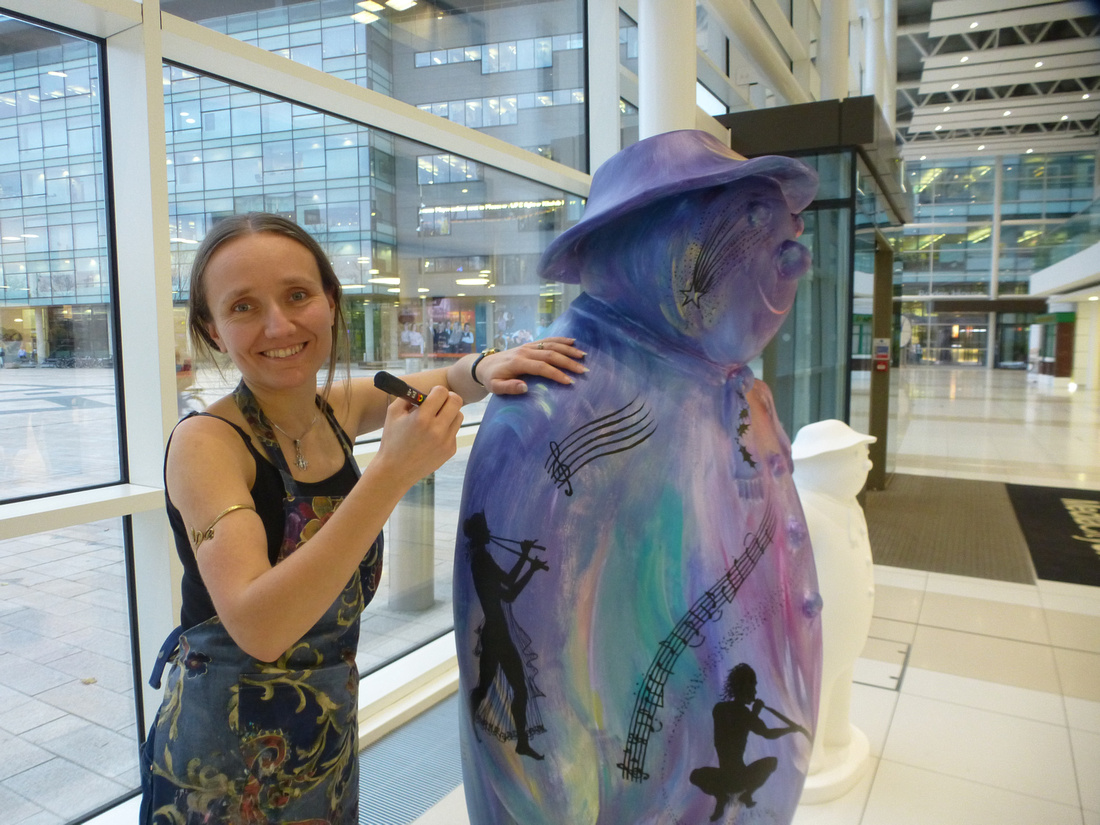