Night Owls of Bath at Herschel Museum of Astronomy

A flock of 80 giant Owls is coming to the World Heritage city of Bath this Summer, forming an exciting free public art sculpture trail: Minerva's Owls of Bath. The trail of quirky Owl designs, each hand-painted by an artist, will attract thousands of visitors of all ages to the city while helping to support and promote local businesses and charities. The Owls, which represent super-sized versions of the Little Owl species, will appear perched all over the city from 25th June until 10th September.

The name of the trail is a reference to the Goddess Minerva, to whom the temple of the Roman Baths was dedicated when it was built in 1 AD. The owl was a sacred symbol of Minerva, Roman goddess of Wisdom, and is featured in the stone temple pediment at the Roman Baths Museum.

Award winning BBC TV Wildlife presenters Michaela Strachan and Chris Packham have become official 'Owlbassadors' for the trail. Chris Packham will also be painting one of the Owls himself, helping to raise funds for the UK Little Owl Project. The scientific name of the Little Owl is Athene noctua, which neatly links with Minerva, Athene being the Greek version of the Roman Goddess.

Night Owls of Bath: the Herschels

Ipswich artist Lois Cordelia has been commissioned to paint her design "Night Owls of Bath: the Herschels" onto one of the giant Owl statues. Lois's design is inspired by two historical 'night owls' of Bath, astronomer-musicians William and Caroline Herschel, whose home in New King Street is now the Herschel Museum of Astronomy.

Above: William with his telescope - a small excerpt of Lois's design, which features her characteristic silhouette depictions of the Herschels in the style of Georgian period cameo portraits. N.B. Lois is not allowed to reveal her full Owl design until the trail goes live in July! Watch this space...

Lois's Owl design celebrates William and Caroline Herschel's extraordinary contribution to the nocturnal pursuit of astronomy. William accidentally discovered the planet Uranus in 1781 using a homemade telescope in his back garden. At the time, he thought he'd discovered a star and named it after King George III, but this proved so unpopular that he renamed it “Uranus” to match the other Roman and Greek planetary names. William first moved to Bath in the mid 1760s when he was appointed as organist of Octagon Chapel. His sister Caroline joined him there a few years later, and they worked together building telescopes. William is credited with the discovery of several moons of Uranus and Saturn, seasonal variation in the Martian polar caps, and infrared radiation.

The Herschel Museum of Astronomy has kindly agreed to host Lois while she paints her Owl on Tuesday 29th and Wednesday 30th May 2018 in the beautiful setting of its Georgian period back garden (where William discovered the Planet Uranus).

Lois's Owl has been generously sponsored by Mogers Drewett Solicitors of Bath. Lois writes: "I am over the moon to be painting an Owl inspired by the stars for Minerva's Owls of Bath, and am very grateful to Mogers Drewett for sponsoring my design, which will be my 8th public sculpture trail piece to date. Like many artists, I am often a night owl. I love painting night skies using shimmering paints and swirling brush strokes. To be painting my astronomy inspired Owl in the very spot in which William Herschel discovered the planet Uranus in 1781 will make this brief residency at the Herschel Museum of Astronomy extremely meaningful and special for me."

N.B. Lois is not allowed to reveal her full Owl design until the trail goes live in July! Watch this space...

Did you know?
The collective noun for a group of owls is a "parliament" of owls. 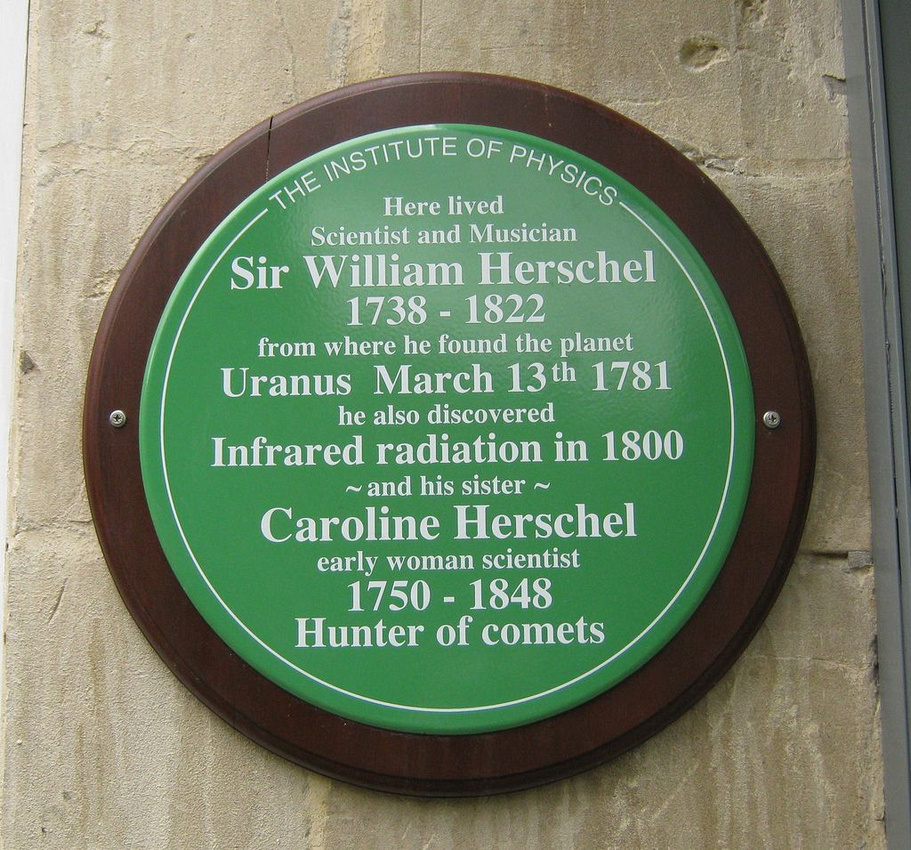 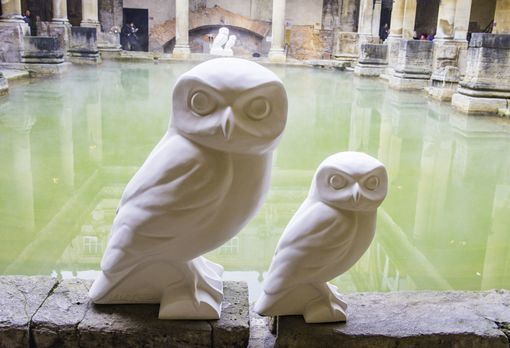