To celebrate the 30th birthday of Elmer the Patchwork Elephant, Andersen Press have teamed up with creative event producers Wild in Art to present Elmer's Big Parade Suffolk, which will witness a herd of 50 elephants appear on the streets of Ipswich this Summer, each painted by an artist. The Ipswich Elmer trail is the much anticipated sequel to Pigs Gone Wild 2016 and will continue to raise vital funds for St Elizabeth Hospice.

Local Ipswich artist, speed-painter and Wild in Art veteran, Lois Cordelia is currently bringing to life one of her three Elmer designs called E=MC2 (Elmer = Multi-Coloured Squares), inspired by one of her heroes: Albert Einstein. E=MC2 celebrates creativity and imagination and is generously sponsored by the University of Suffolk.

"Elmer = Multi-Coloured Squares" is no doubt a useful way of introducing young Elmer fans to Einstein’s iconic equation: Energy = Mass x Constant (Speed of Light) Squared. But Elmer, like Einstein, reminds us that imagination and creativity are just as valuable as scientific knowledge, maybe more so. Question everything. Be playful. Think sideways, diagonally, and in spirals, rather than just in straight logical lines, because the components of life do not fit into neat square boxes. A beautiful creative mind can influence the world just as powerfully as a strong gravitational force can warp the dimensions of the universe. 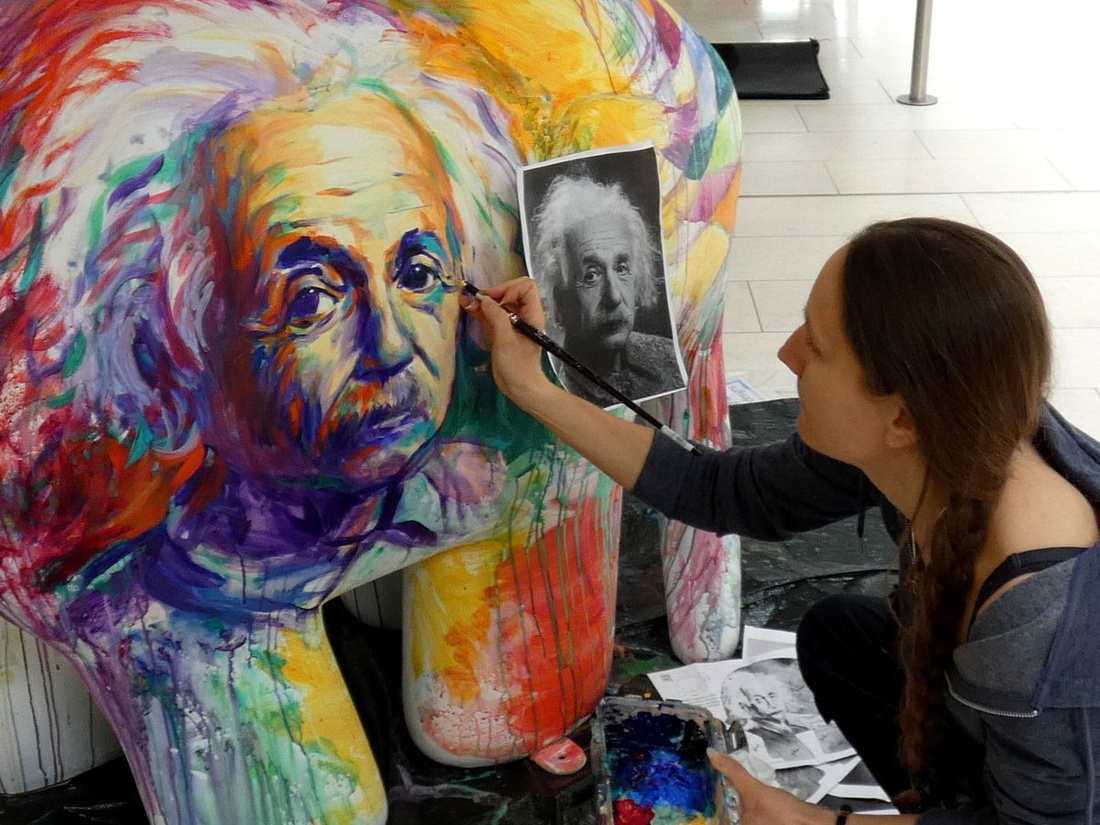 Above: Work in progress on a portrait of Albert Einstein. Photo credit: University of Suffolk. 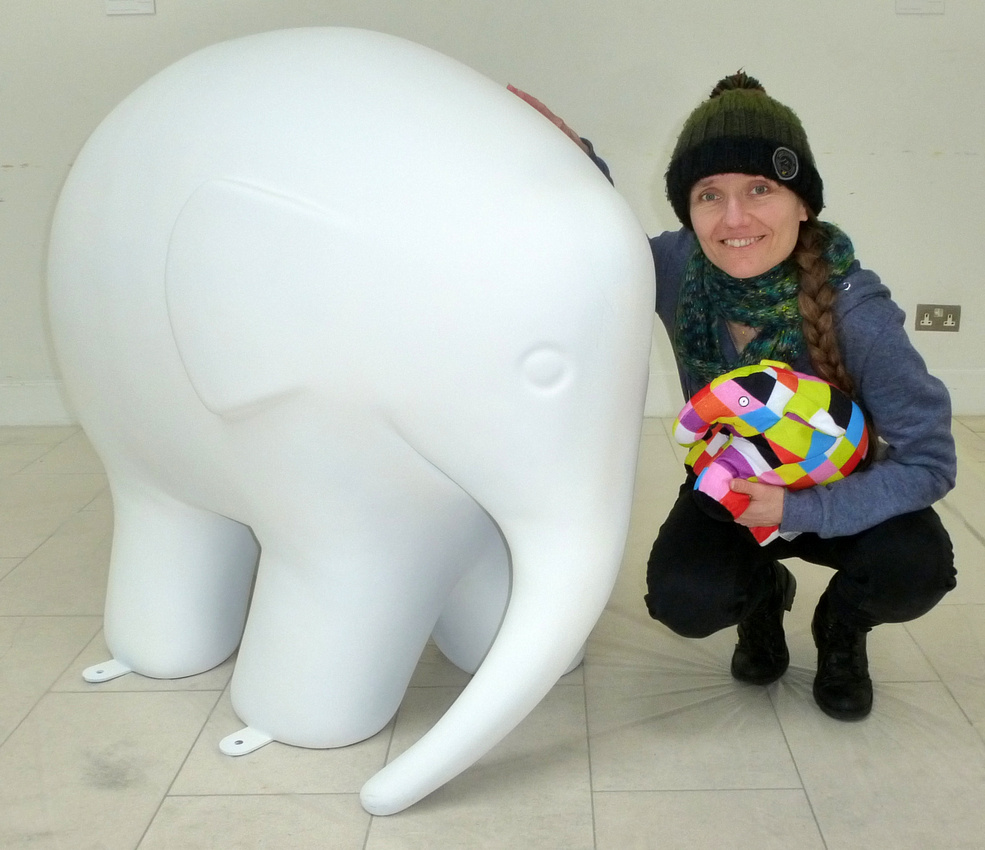 N.B. Work in progress - the full design cannot be revealed publicly until the trail launches in June 2019! 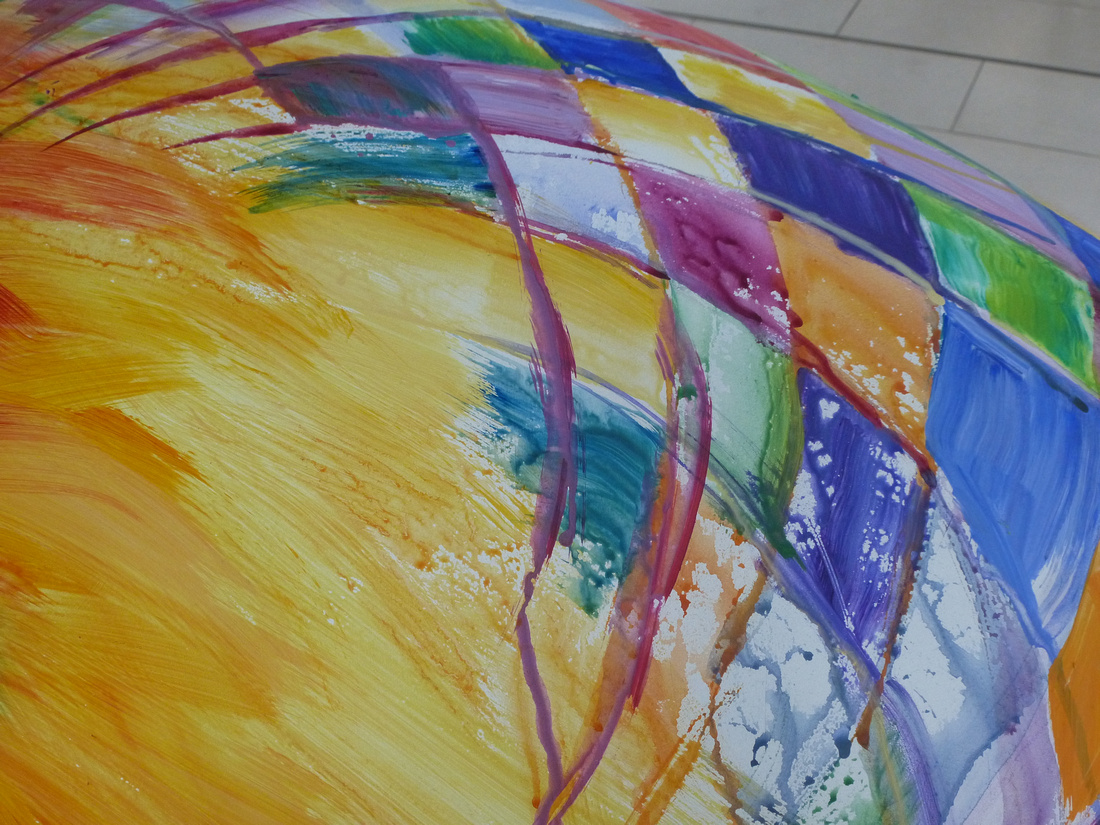 (Above and below)
Appropriately, the force of gravity assists in the painting! Lois deliberately allows the paints to run, dribble and intermingle, and so the design partly paints itself, re-imagining the boundaries of Elmer's grid in the form of a 'messy', painterly patchwork. N.B. Work in progress - the full design cannot be revealed publicly until the trail launches in June 2019! 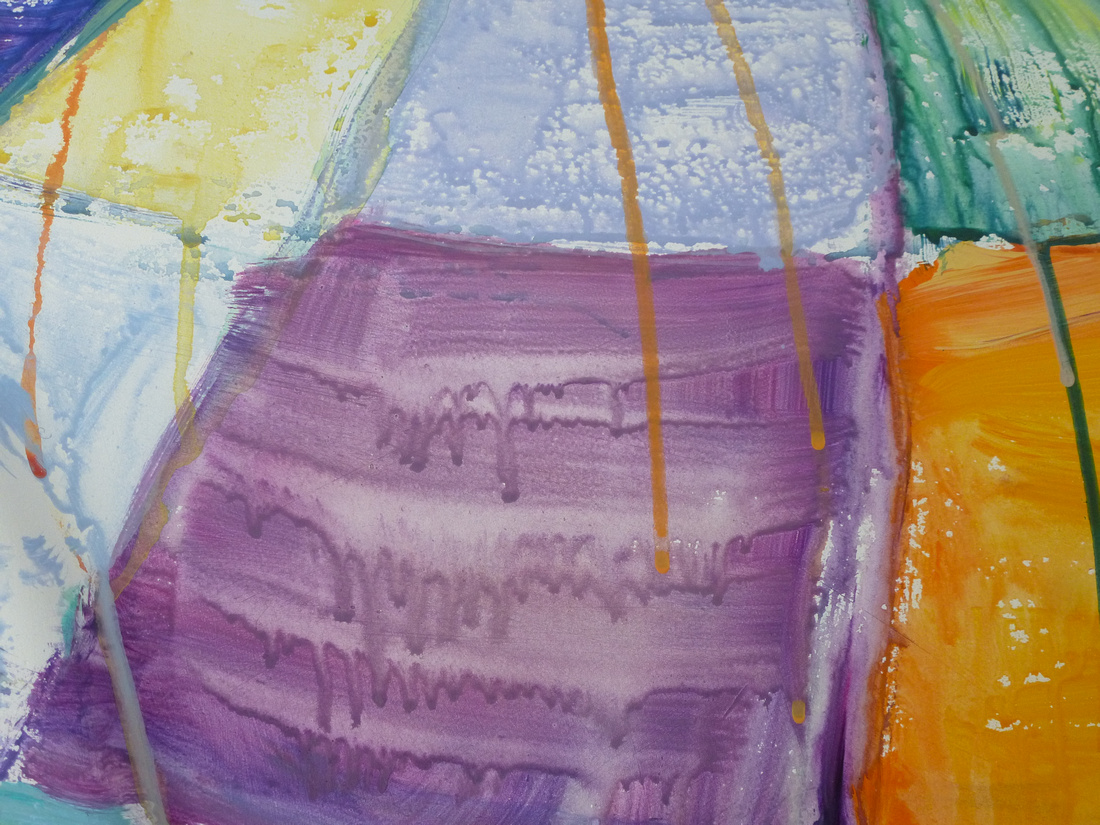 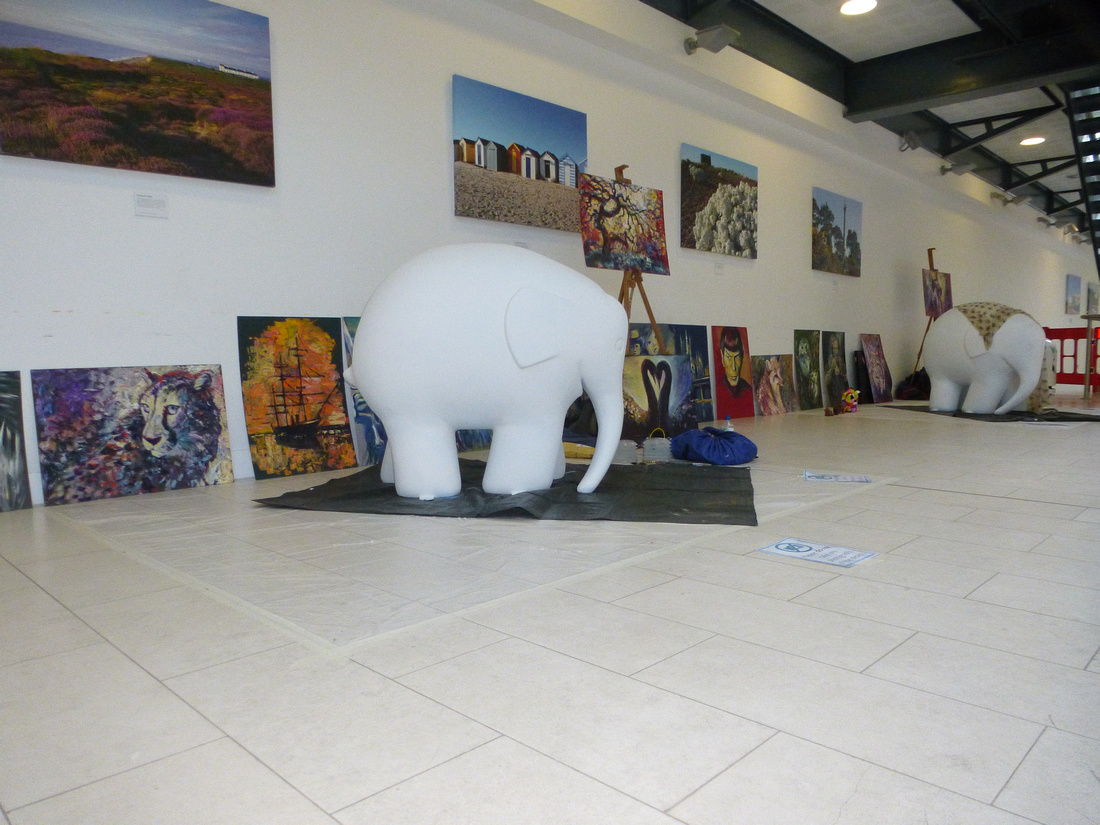 Lois's previously painted one of the Pigs ("Pig-geswyk") for Pigs Gone Wild 2016, as well as one of the early pre-launch Elmer statues ("Imagination Can Take You Anywhere"). 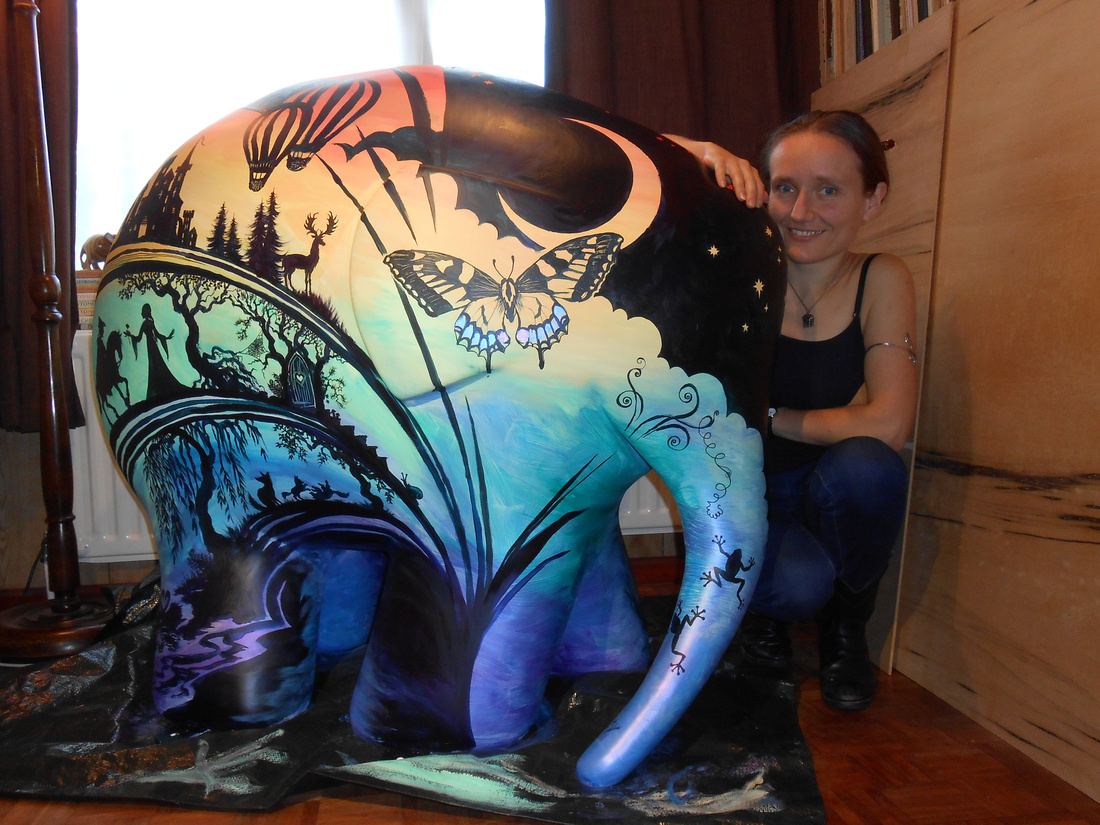 Above: Ipswich artist Lois Cordelia beside her first Elmer design "Imagination Can Take You Anywhere"

Three Elmer statues including Elmer the Patchwork Elephant (painted by Michelle Turton), "Astronaut" (designed and painted by Mik Richardson) and "Imagination can take you anywhere" (by Lois Cordelia) were originally unveiled on 25th October 2017 during St Elizabeth Hospice's official Ipswich "Big Reveal" event. The Ipswich Elmer trail is the much anticipated follow-on from Pigs Gone Wild 2016 and will continue to raise vital funds for St Elizabeth Hospice.

Below: The official unveiling at Ipswich Town Hall on 25th October 2017. 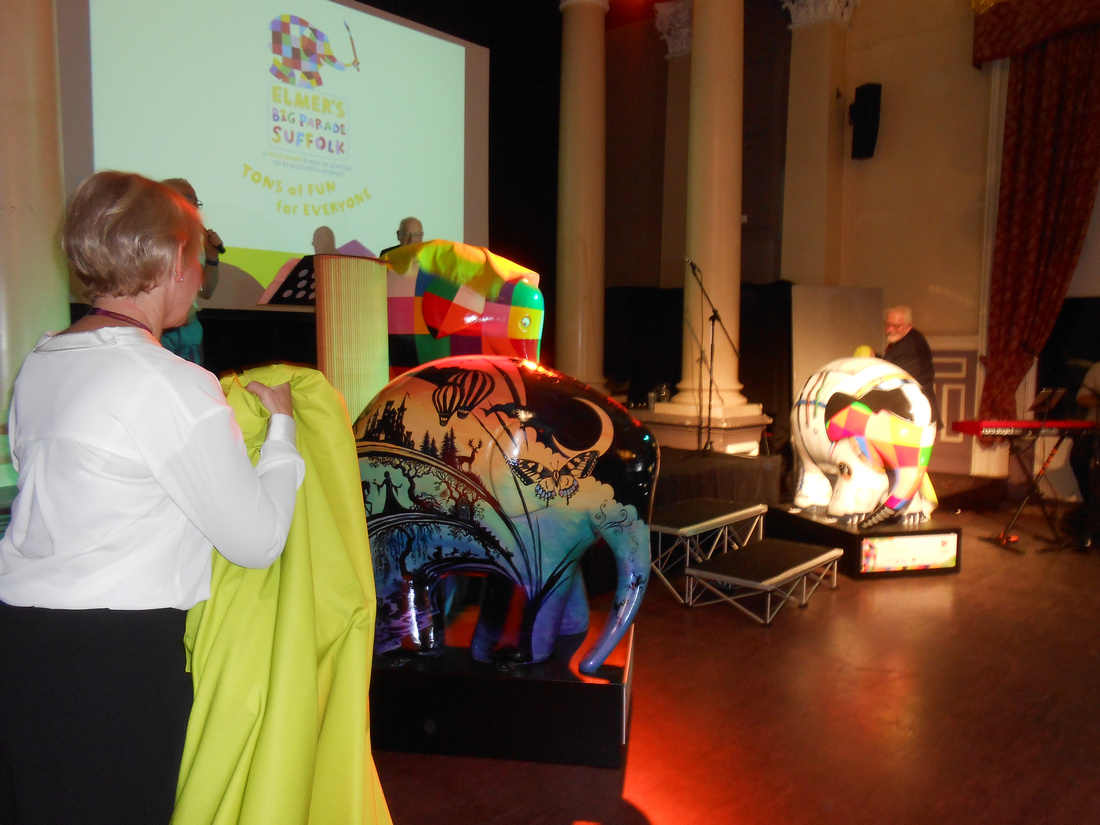 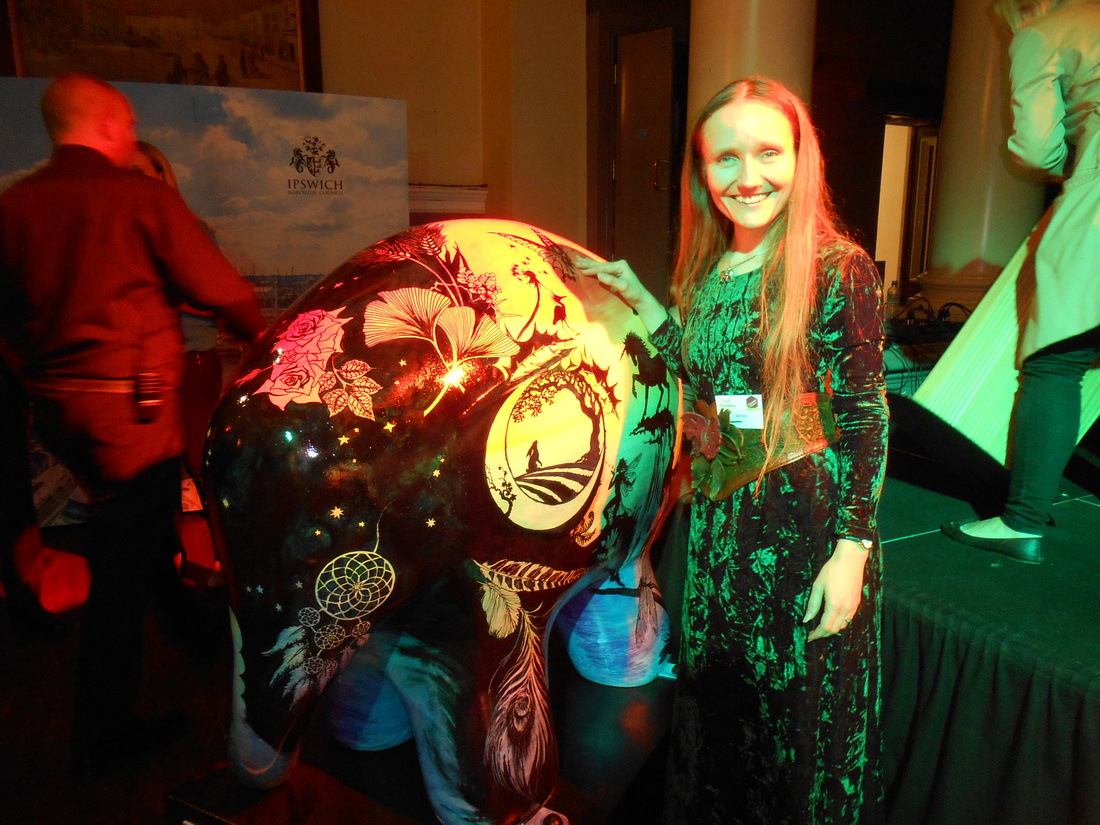 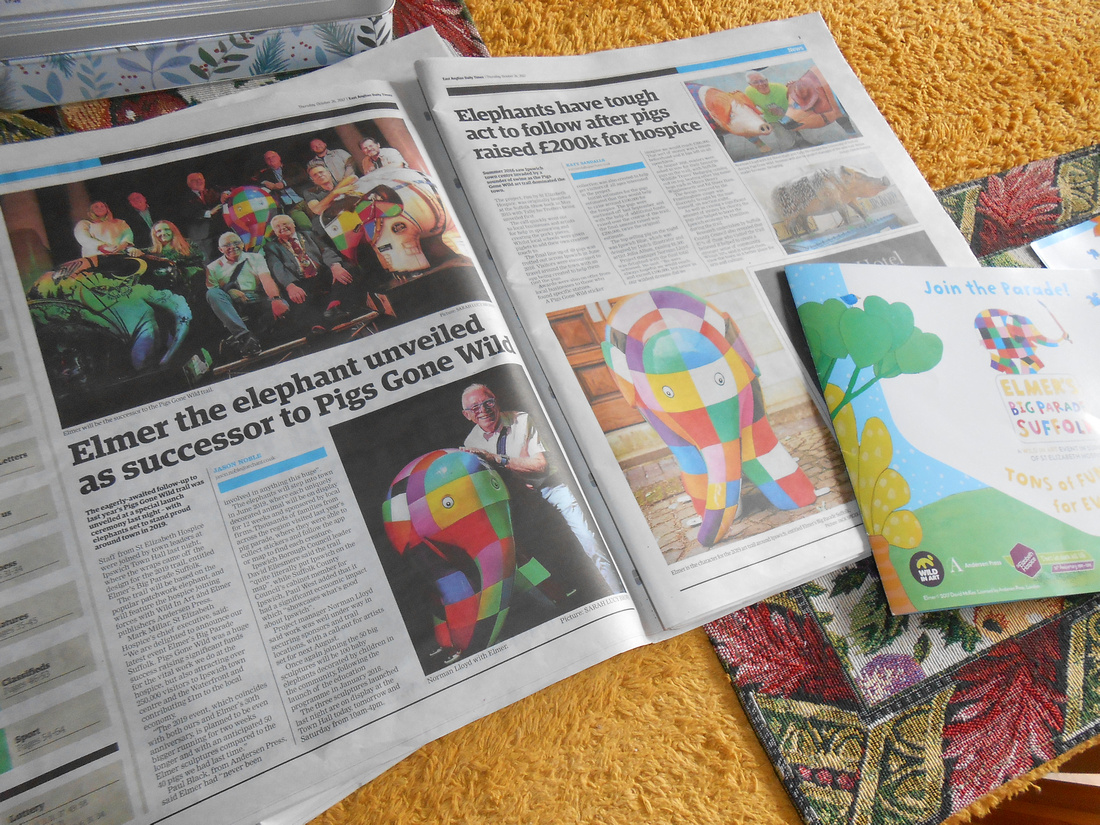 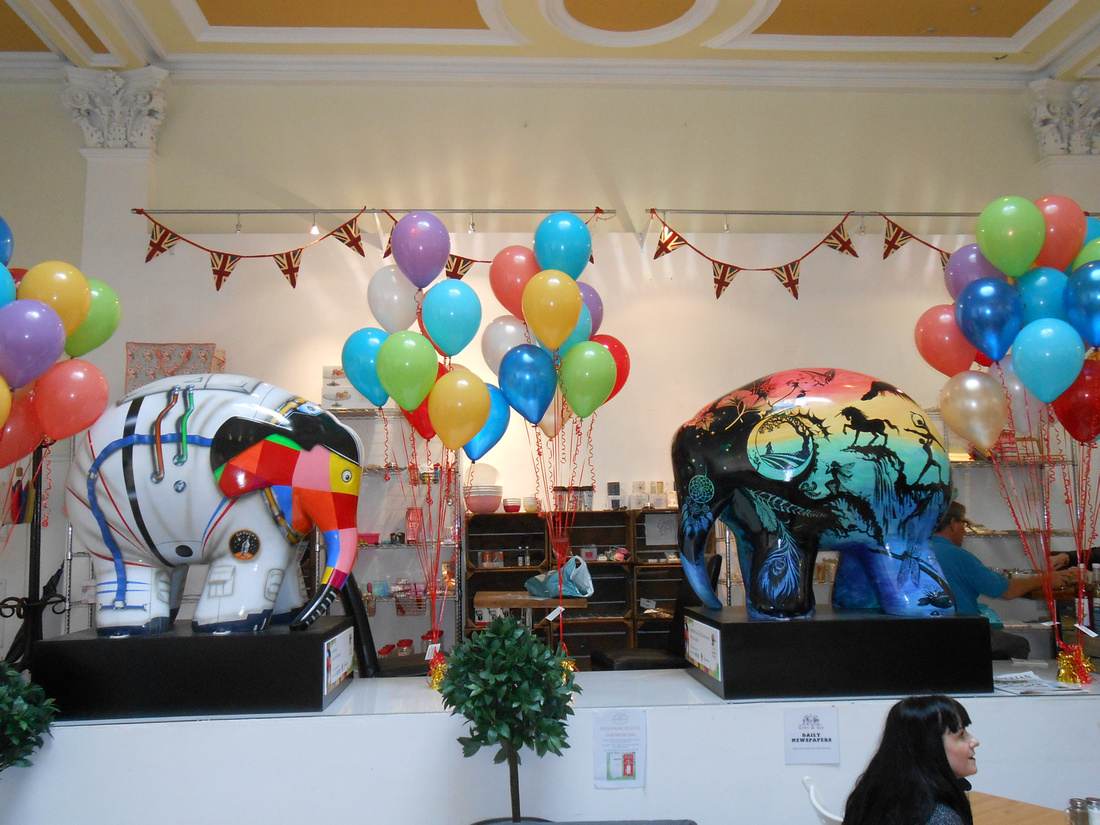 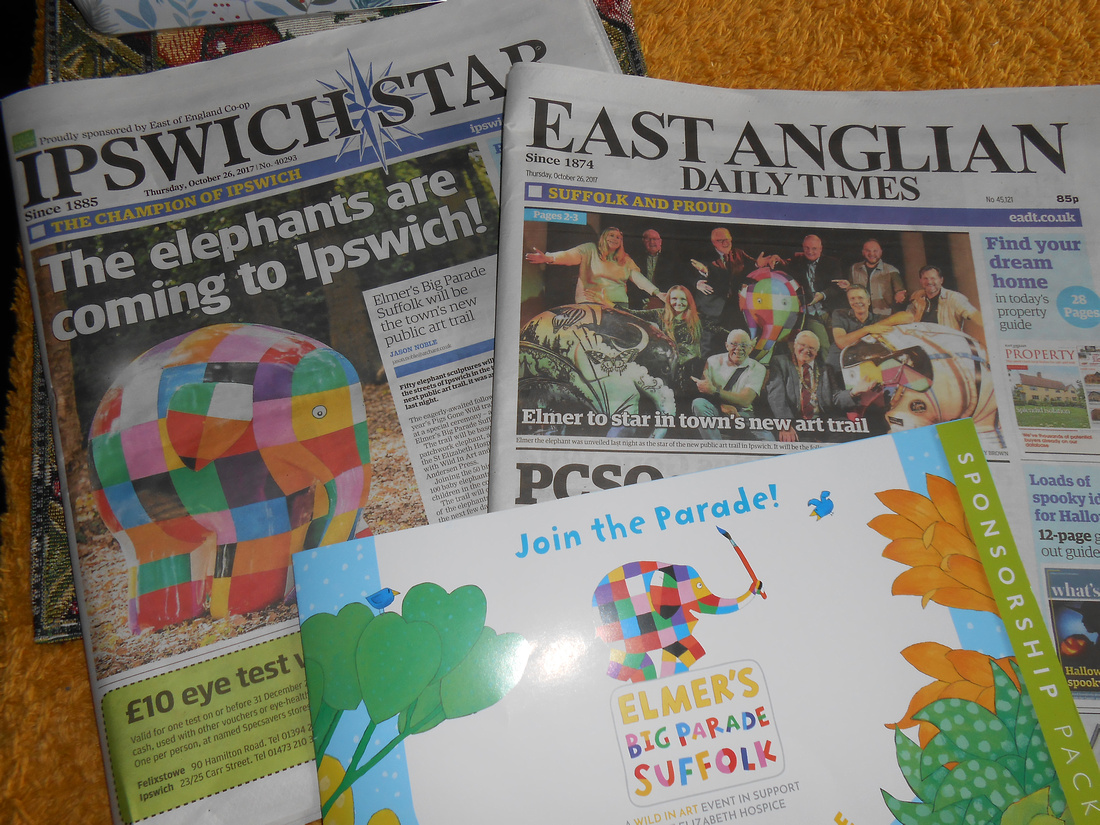