On Wednesday 18th and Thursday 19th May 2016, Lois Cordelia performed a special one-off speed-painting demo in public, depicting local scenes of her hometown, Ipswich, on the sides of a larger-than-life model pig, as part of the Suffolk "Pigs Gone Wild" Summer art trail. The live art demo was hosted by Anna Matthews and her team at La Tour Cycle Cafe, located in Tower Street, in the heart of Ipswich town centre.

Below: Lois Cordelia and Anna Matthews welcome the blank white pig to the Cycle Cafe. 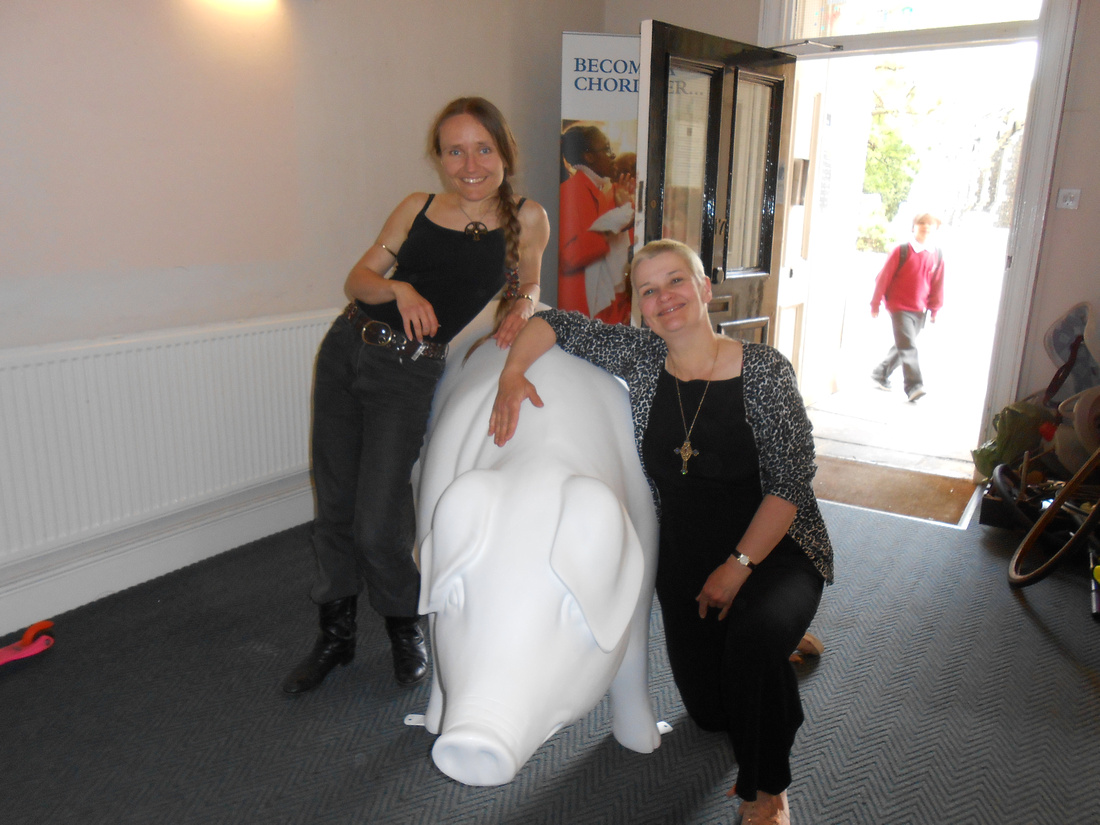 Lois welcomed dozens of visitors over the two days, including many children and young families, and talked about her ideas for the design while she worked. She has called her design "Pig-geswyk" (a play on the Medieval name of Ipswich, "Gippeswyk"), representing both the historic and contemporary sides of the town in depictions of the Elizabethan Christchurch Mansion and the modern area of the Waterfront (including the UCS Waterfront building). The design was chosen to be sponsored for the Pigs Gone Wild trail by Ipswich Central, as it fits perfectly with their ethos of working to ensure a strong and prosperous future for Ipswich town centre, through promoting its history and heritage, but also enhancing its contemporary image.

Below are a few photographs recording a glimpse of work in progress during the two-day intensive demo, but please note that the finished pig will only be publicly revealed and unveiled, along with all the other pigs in the trail, on 27th June 2016. She will be on display in a central Ipswich location (to be decided) for ten weeks this Summer. 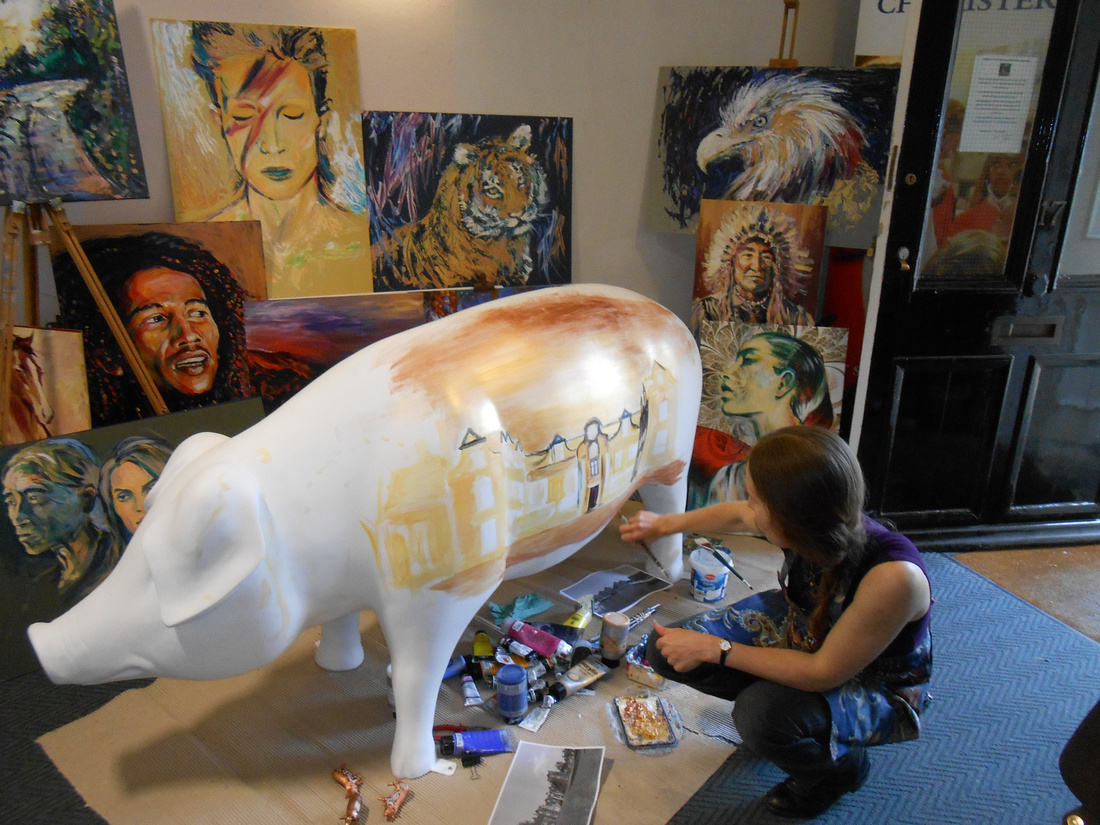 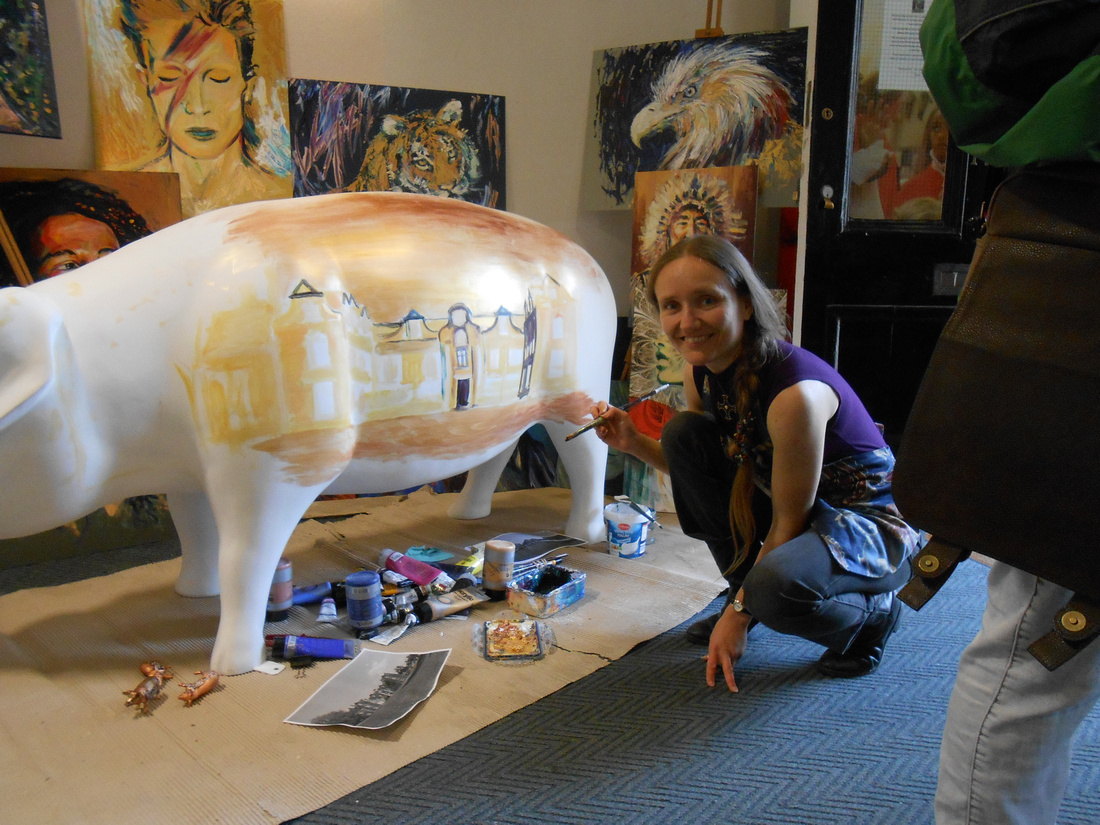 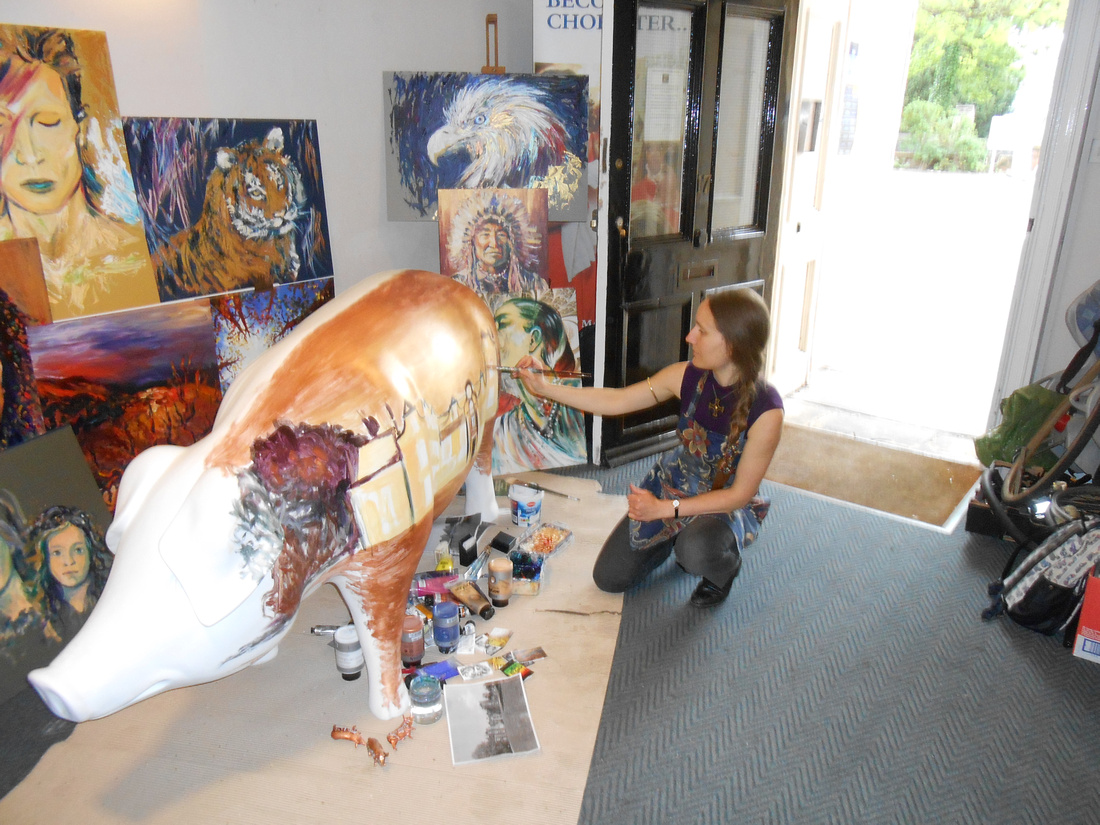 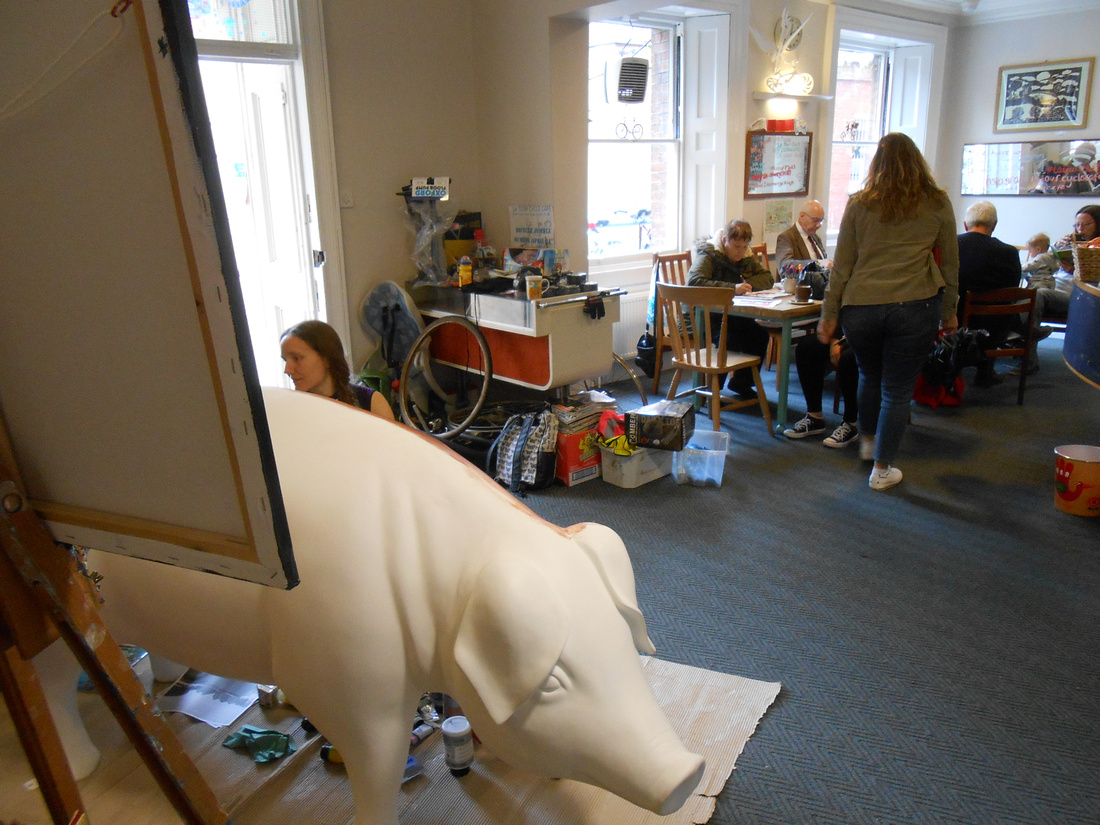 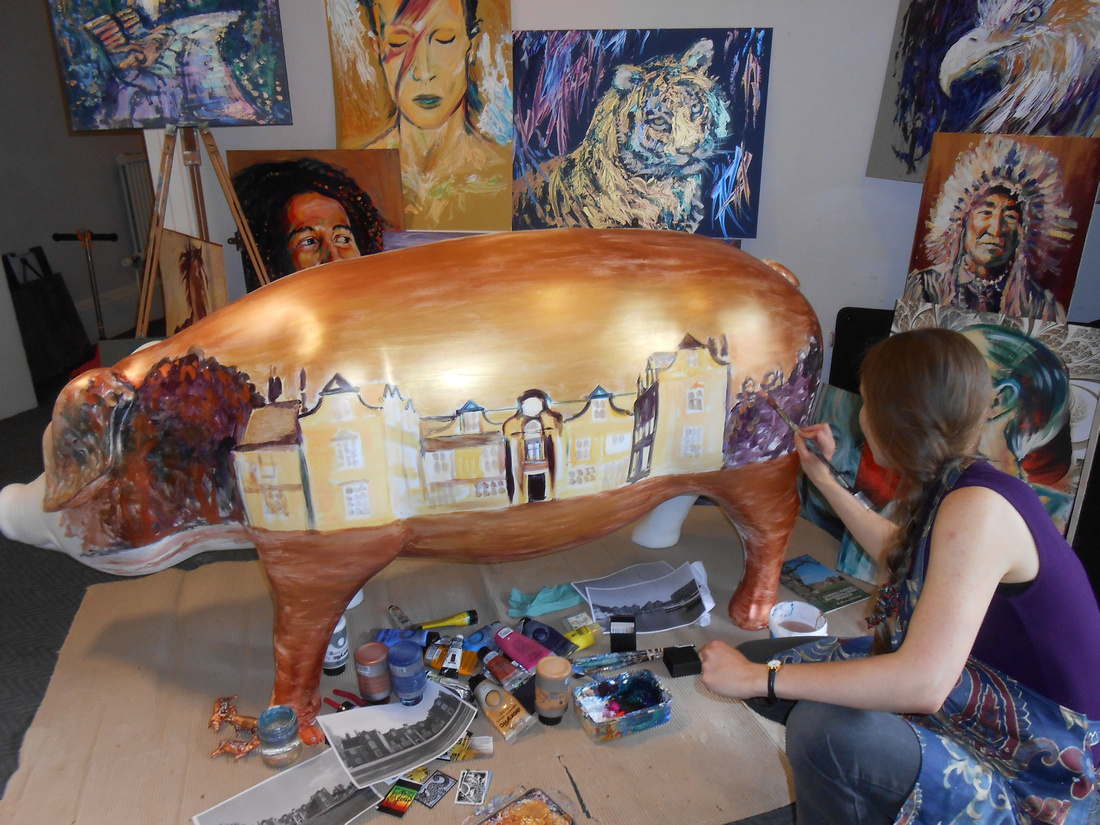 Day 2: The Ipswich Waterfront and Marina 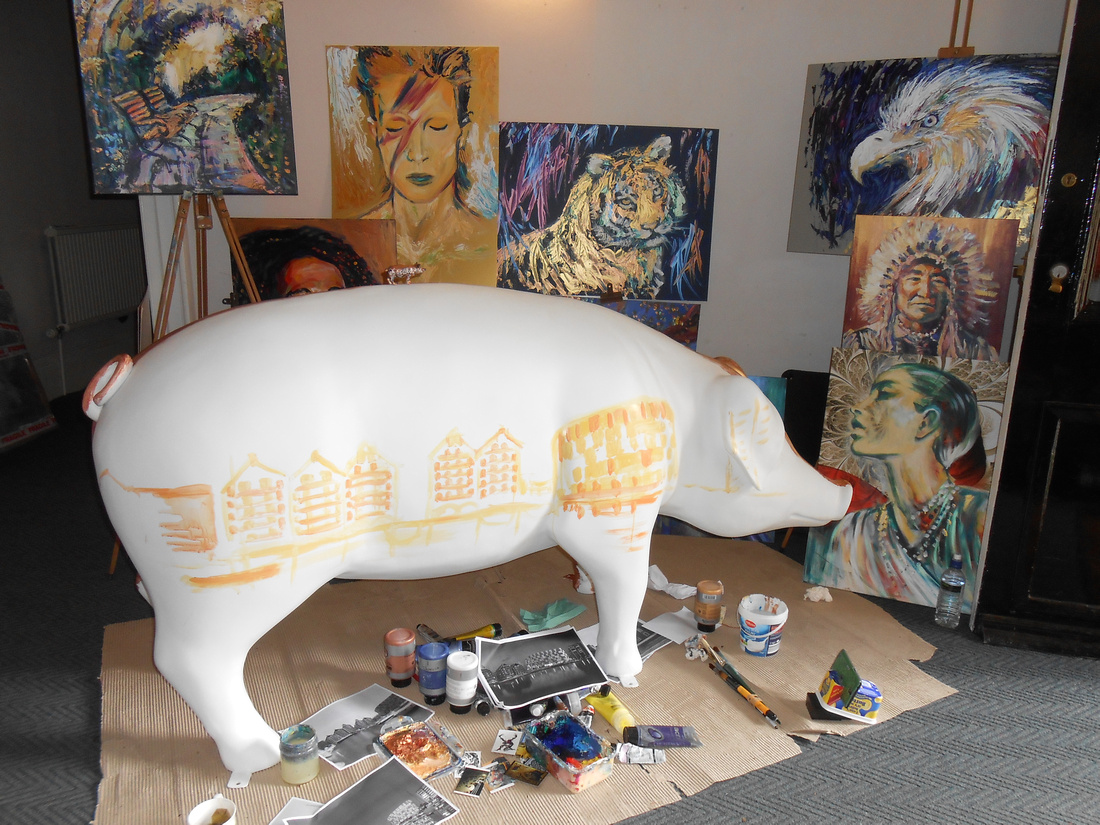 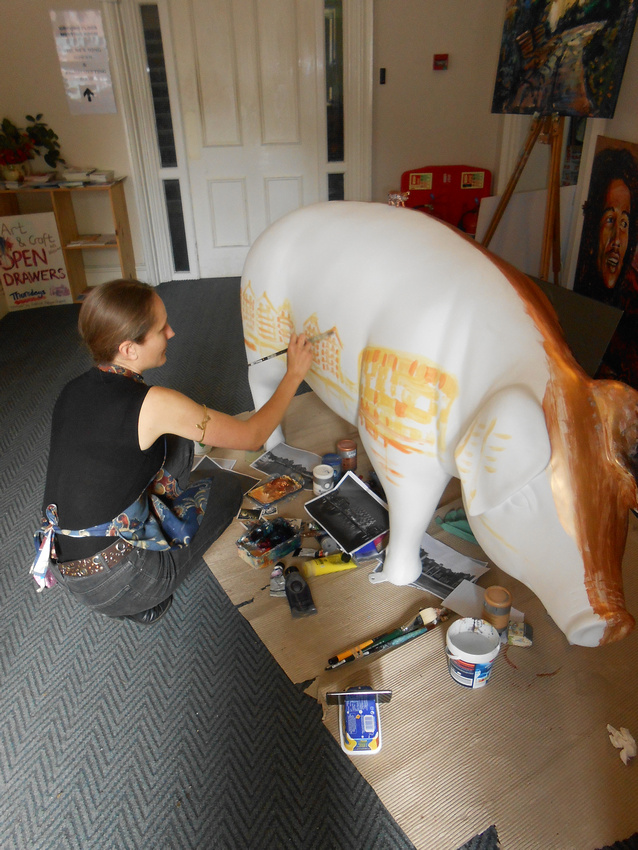 Below: A brief glimpse of work in progress, adding a subtle reference to the La Tour Cycle Cafe :-) Film footage by Dave Bulow Photography, May 2016.
 Painting a Bicycle leaning against the Christchurch Mansion

Below: Painting the underbelly of the pig, on hands and knees 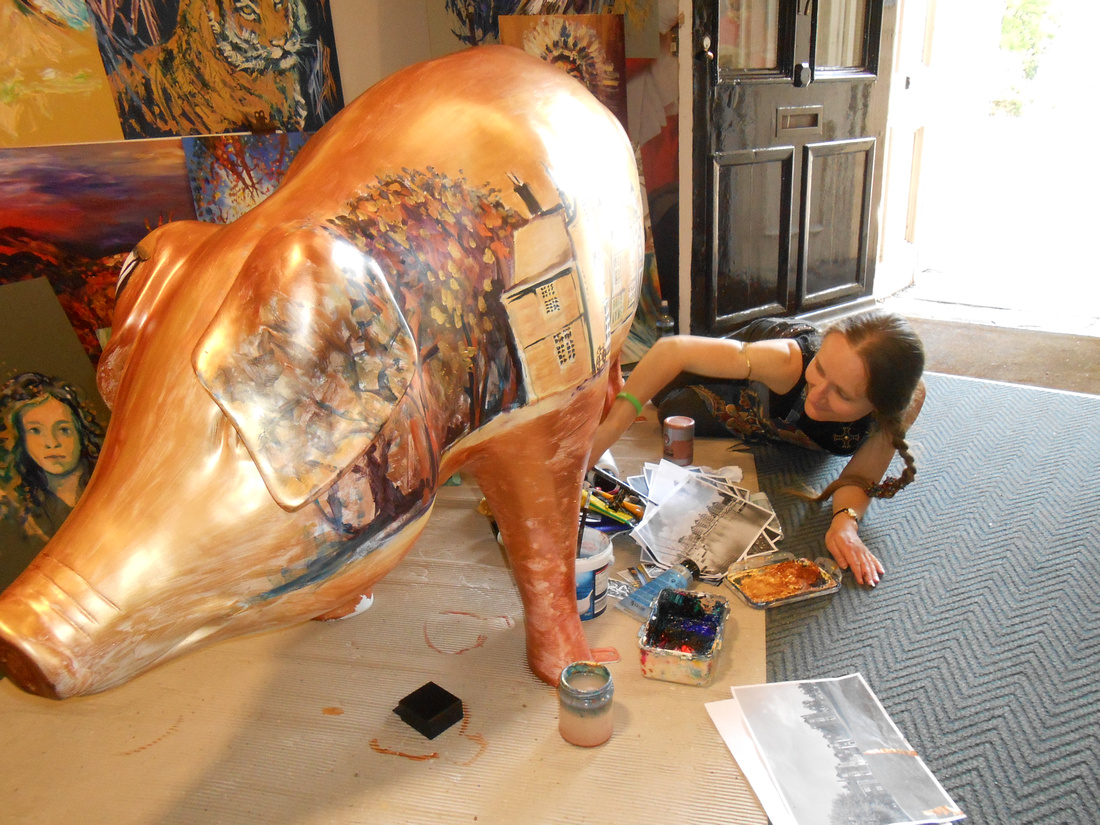 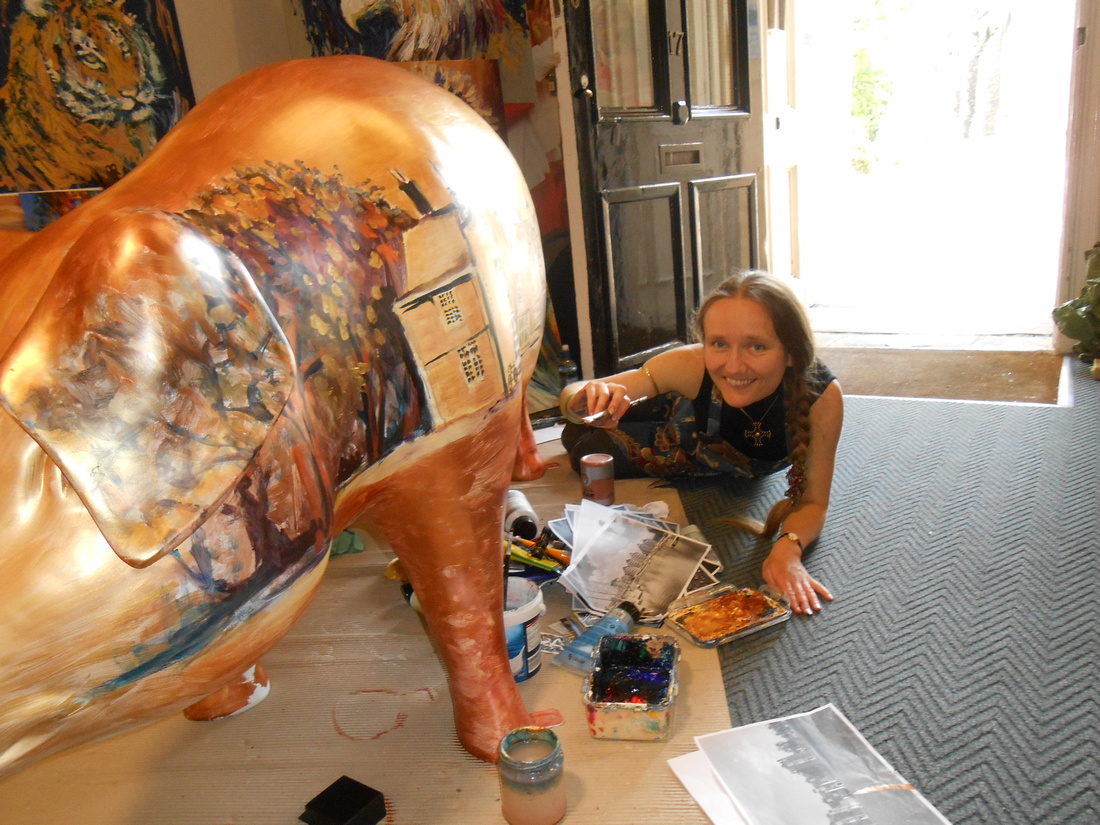 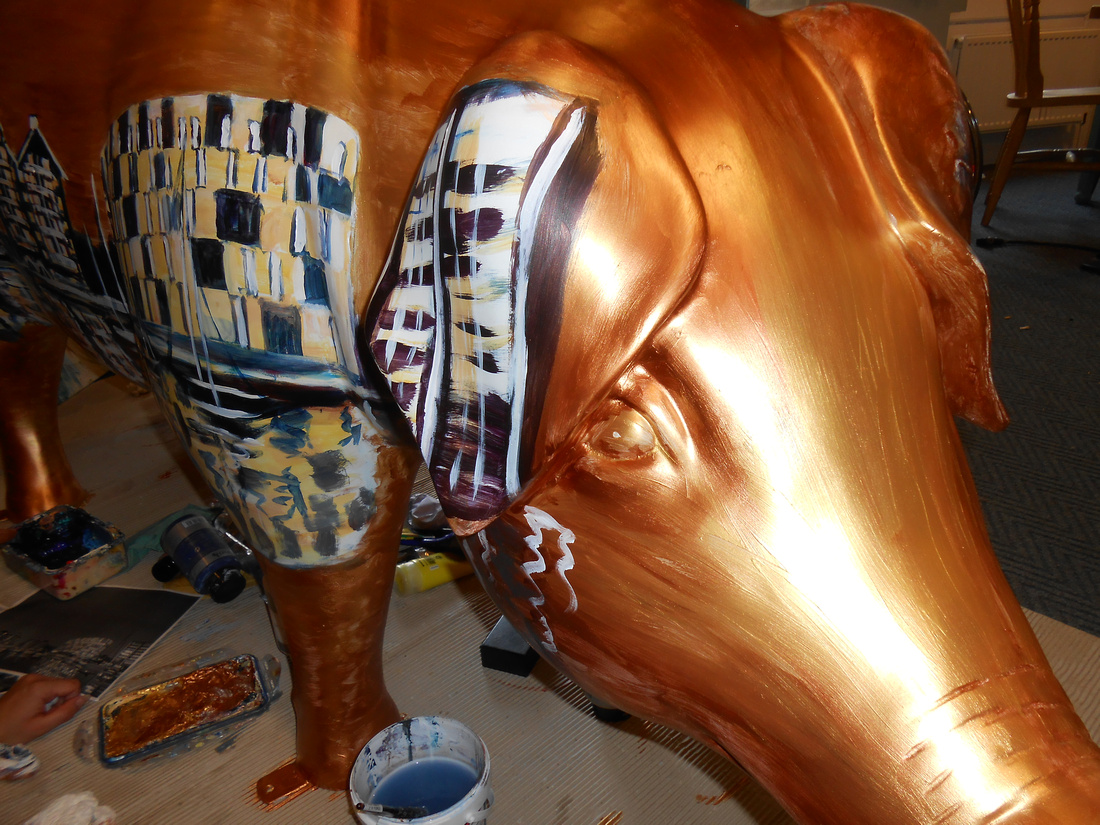 The La Tour Cycle Cafe, which is run by Anna Matthews and her team, is a delightful, homely and family-friendly cafe, serving a delicious selection of hot drinks, cakes, and light snacks. Lois Cordelia has previously collaborated with Anna Matthews on several art and cycling themed projects, including a "BMX Bicycle Angel" sculpture and a children's workshop making bicycles out of pipecleaners for the Christmas tree festival 2015. These are still on display at the cafe.