Work in progress: Warrior Queen Boudicca on a giant canvas

Lois often paints over existing imagery, creatively exploiting its expressive potential to contribute to her new work in surprising ways. When she saw the bold patterns on the canvas to be painted over, they inspired her to tackle the dramatic subject of the defiant warrior queen, who has been a lifelong inspiration.

Boudicca must have had an imposing presence, as it is rare to find such an ancient historical figure described in terms of her physical appearance. A Roman historian wrote: "Boadicea was tall, terrible to look on and gifted with a powerful voice. A flood of bright red hair ran down to her knees. She wore a golden necklet made up of ornate pieces, a multi-coloured robe, and over it a thick cloak held together by a brooch. She took up a long spear to cause dread in all who set eyes on her."

Lois's portrait is not intended as an historically accurate portrayal of Boudicca, though it is intended to capture something of her spirit. Lois's model for Boudicca was Kaz Garrad.

The finished painting now hangs in the stairwell at Tindalls, adjacent to Lois's painting of Trinity Street (on which the art shop is located). The following photographs show work in progress over a period of about 5 hours. 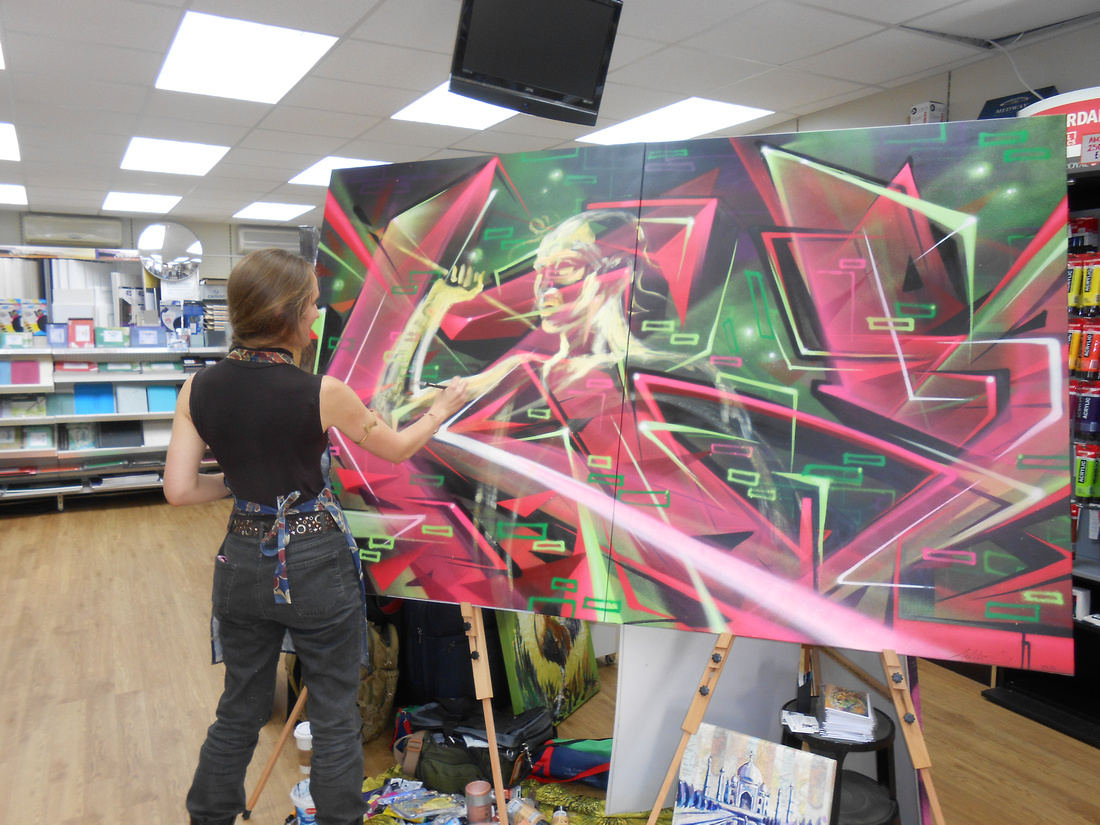 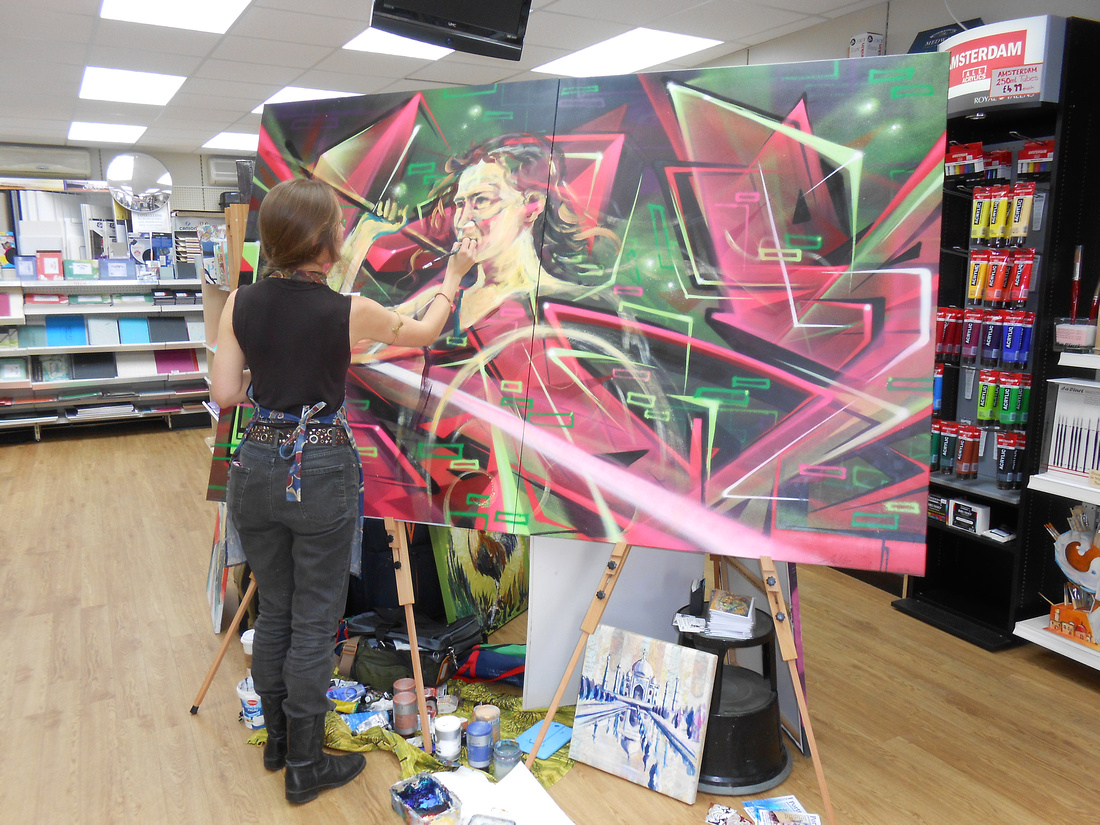 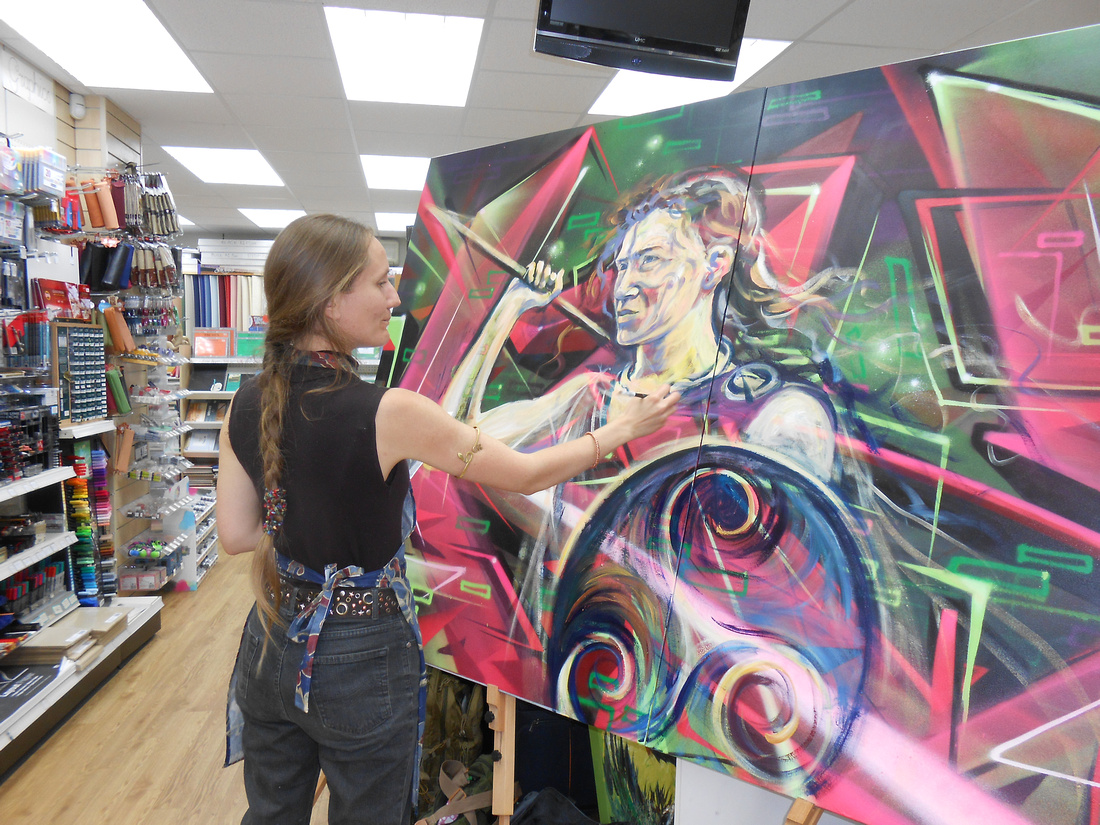 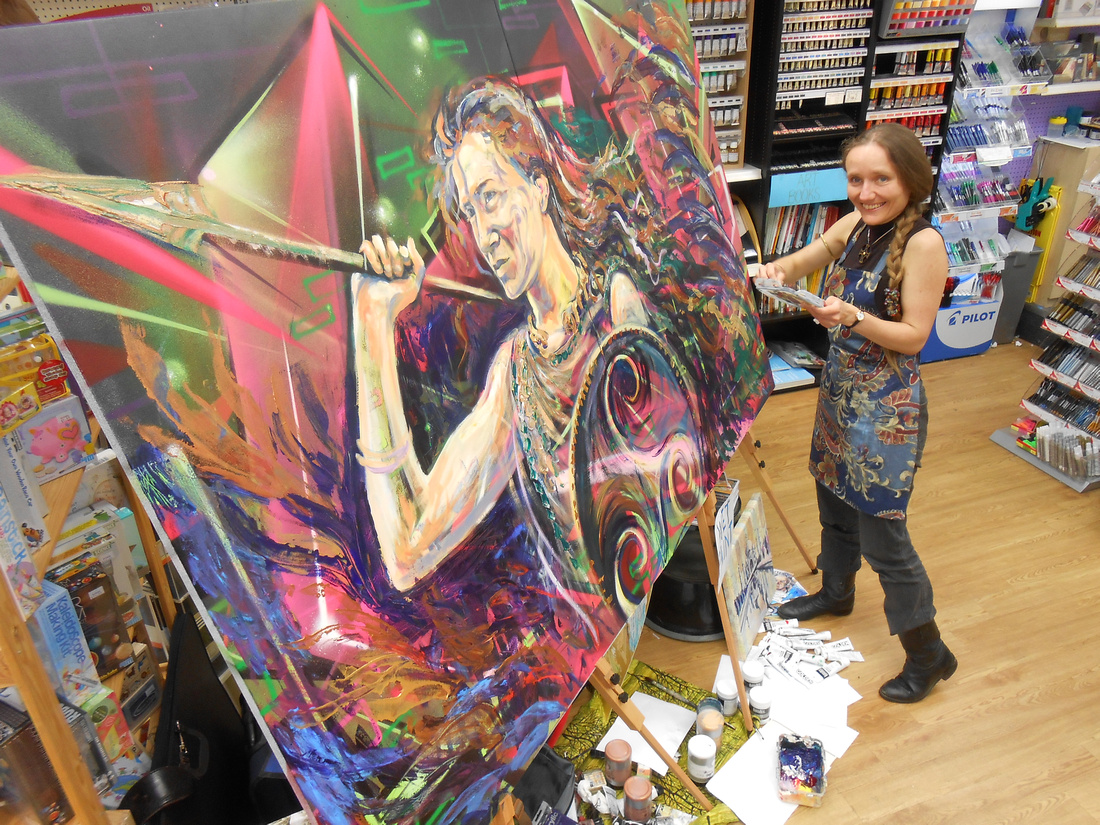 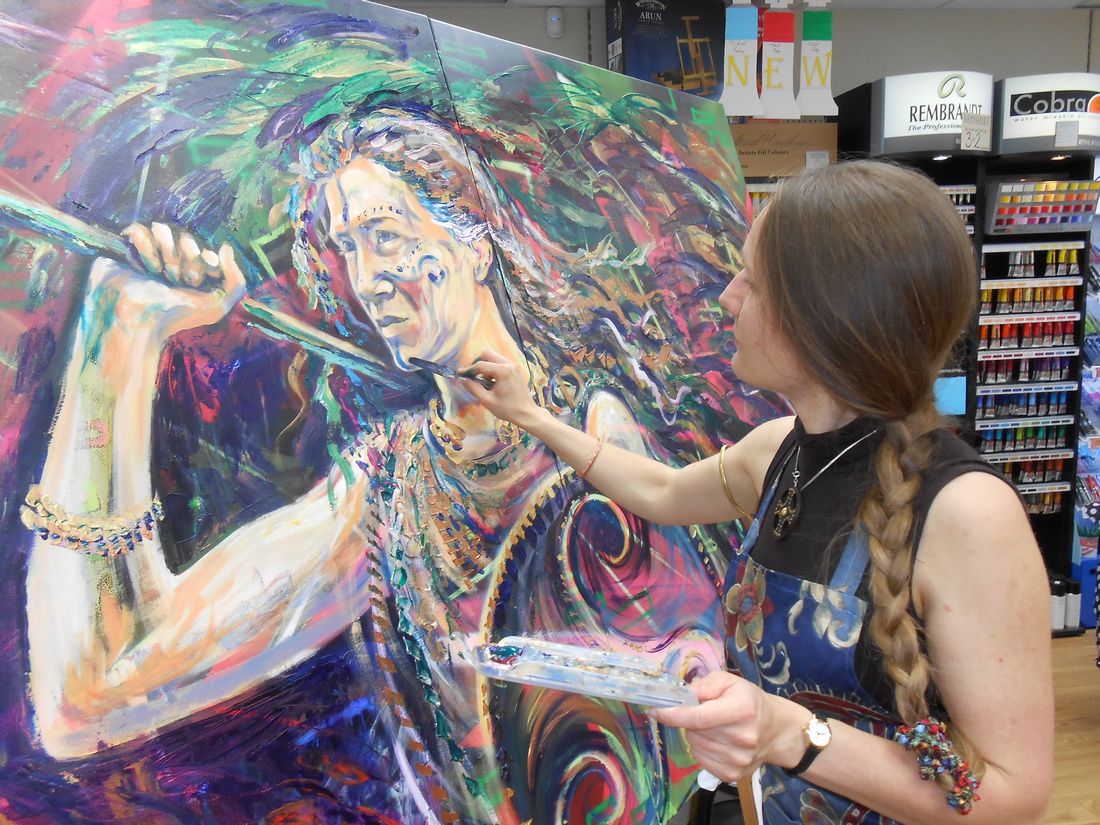 Boudicca famously led a powerful uprising against the Roman occupying forces, which came close to forcing them to withdraw from Britain. The Romans had ignored her deceased husband's will, annexed her people's lands, raped her daughters and had her flogged in public. In AD 60 or 61, she led an army of the Iceni and other tribes in revolt. They marched on Camulodunum (modern day Colchester, which the Romans had previously taken over and made into a settlement), and destroyed it. They went on to destroy Londinium (London) and Verulamium (St Alban's), before the Roman governor Suetonius was eventually able to regroup his forces and defeat the Iceni queen. Boudicca is thought to have taken her own life. To this day, she is celebrated for her courage and defiance in the face of violent oppression.