Lois will be talking with Webby the Drumdoctor (aka Martin Webb) about some of her recent and current Ipswich art projects, including her participation in the Pigs Gone Wild trail. She also hopes to talk about her creative collaborations with local Ipswich musicians, notably the Habu band, and other exciting work in progress. Stay tuned...!

Back in the Autumn of 2011, Lois designed and created an elaborate paper-cut stencil as a commission for Webby's drum head, featuring the name "Webby" woven into an intricate spider's web in the form of female figures caught in a web. Webby used it for the first time at his Halloween gig, and it looked very much the part! 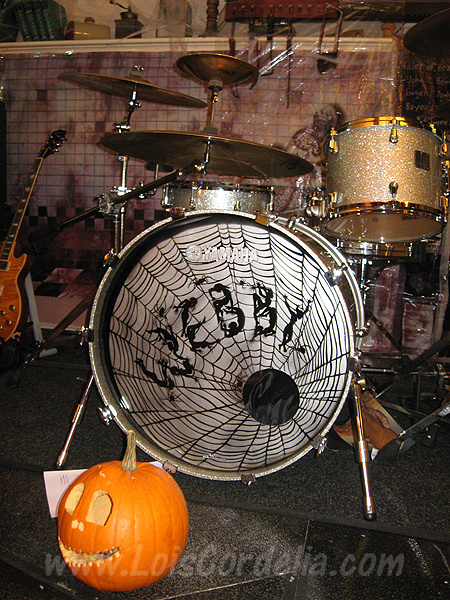 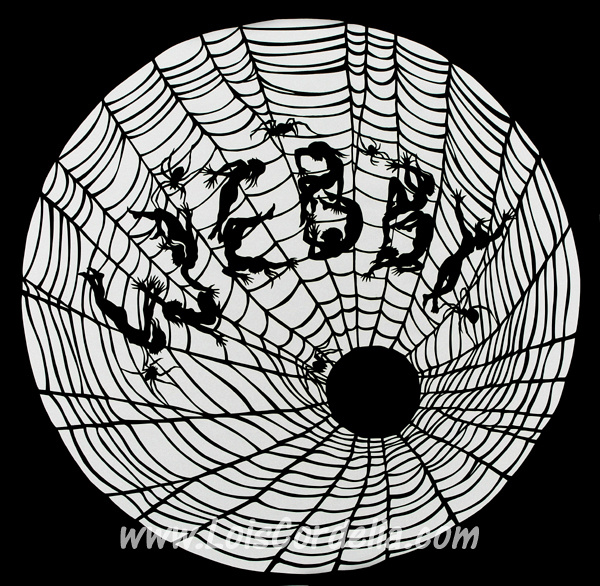 The photos of Webby in action were taken at his Halloween themed gig in October 2011.

Price: £SOLD. In a private collection in Ipswich, England. 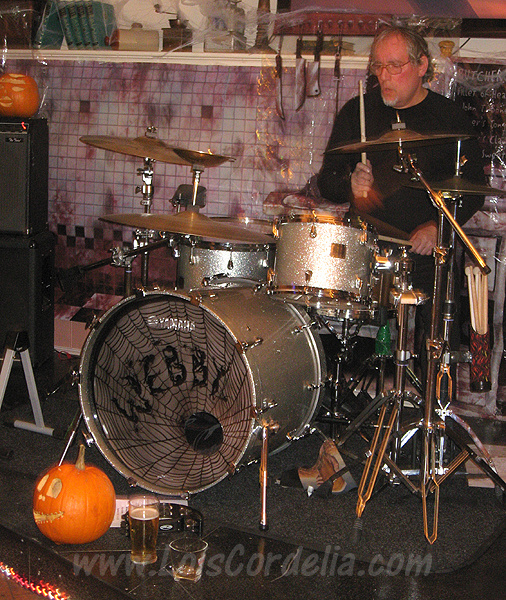