Jon Wright recently interviewed Stefan Freedman and Lois Cordelia for BBC Radio Suffolk about their film-music-art collaboration on "Malka". Jon's interview will be broadcast as part of his early morning show on Sunday 9th April. You can tune in on 95.5 FM/104.6 FM and on Digital, via the website: http://www.bbc.co.uk/programmes/p018z672, from 06.00 - 09.00, or catch up later on 'Listen Again'.

"Malka" is a short film (4 m 52 s) dedicated to refugee children everywhere, evoking the journey of a young girl refugee, Malka, and her mother across wilderness and hardship in search of safety. The film features haunting acoustic music and lyrics by Stefan Freedman, accompanied by atmospheric mixed media illustrations by Lois Cordelia. The film in its entirety can be viewed here. Public sharing of the film is encouraged. Malka is a non-profit film that aims to reach out to the public and promote empathy and understanding of refugees, seen through the eyes of a child.

Below: A few of Lois's mixed-media artwork visuals for the short film.

Below: Stefan Freedman (second from left) and Lois Cordelia (far right) are joined by fellow Ipswich-based musicians Andy Mapplebeck (far left) and Adrian Lush (second from right), making up the musical and visual soundscape for "Malka". 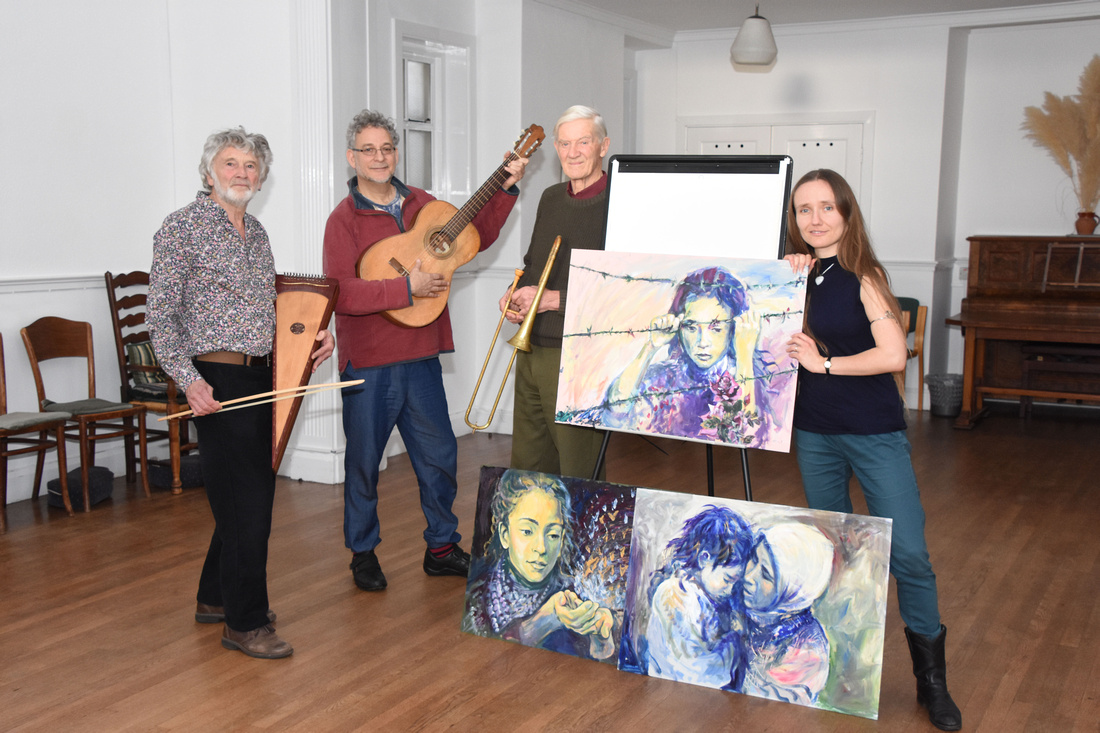