As part of her popular series of speed-painting demonstrations, Lois Cordelia particularly enjoys the challenge of creatively re-imagining an existing canvas, that is to say, not simply obliterating the original image, but exploiting its potential to contribute expressively and aesthetically to a new work. On Wednesday 3rd May 2017, Lois Cordelia performed two live speed-painting demonstrations for the renowned Woodbridge Art Club in Suffolk, painting over unlikely choices of existing imagery on canvas. 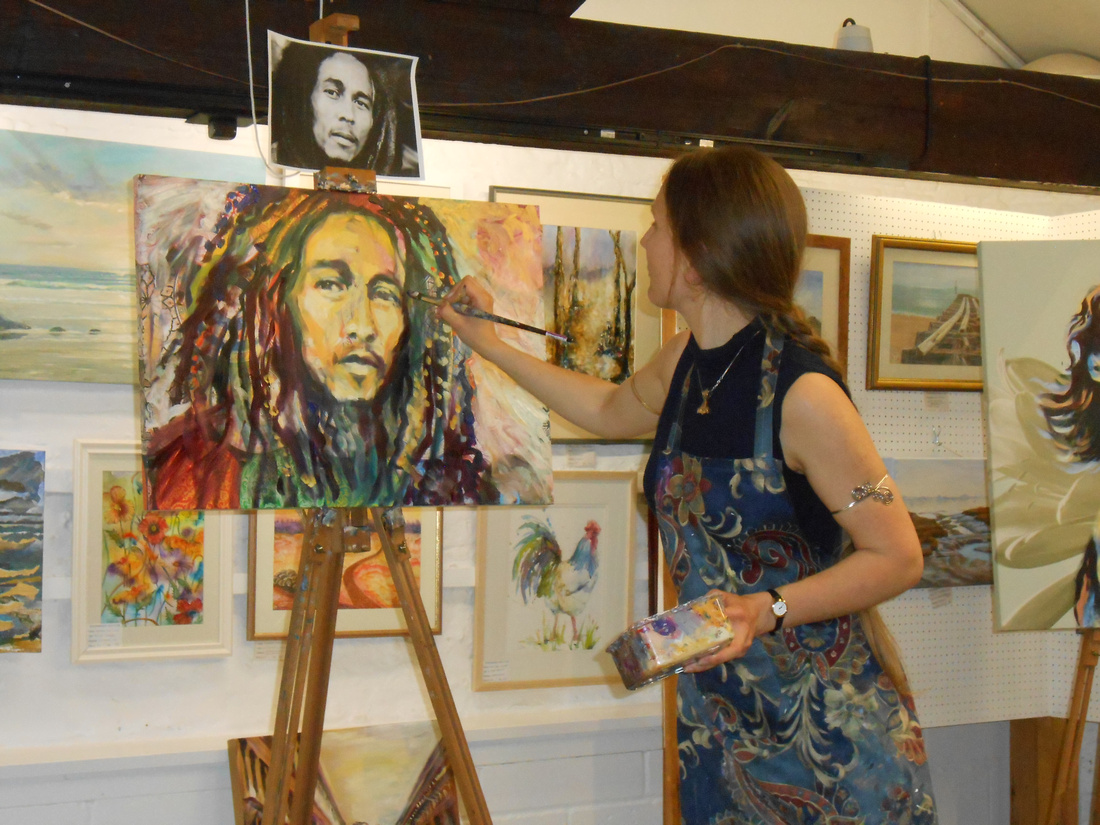 For her first demonstration (25 minutes, including commentary), she chose a photographic canvas print of a Buddha statue with candles, which suggested themes of peace, harmony and the balance of light and dark. Hence she decided to paint a woodland scene over it, evoking similar themes.

Loosely basing her work on black and white photo references, Lois simultaneously reinterprets both the photograph and the canvas, so that the end result is not only a creative fusion of the two images, but also a metamorphosis in its own right. Lois emphasises that this process relies on a fluid, flexible approach to painting, allowing parts of the original image to remain and contribute in unexpected ways.

A photographic series of work in progress is featured below. Special thanks to Iris Howard for taking photographs.

Just about to start... 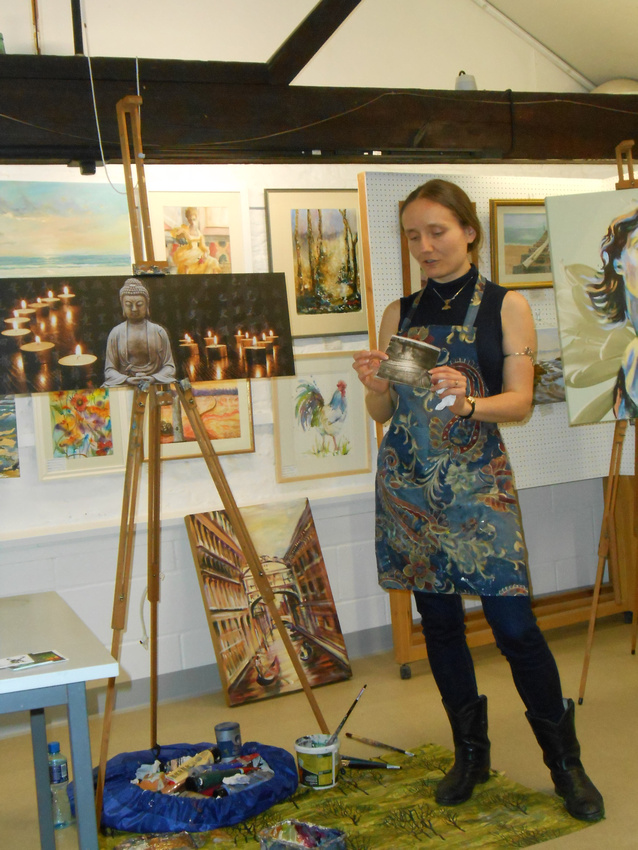 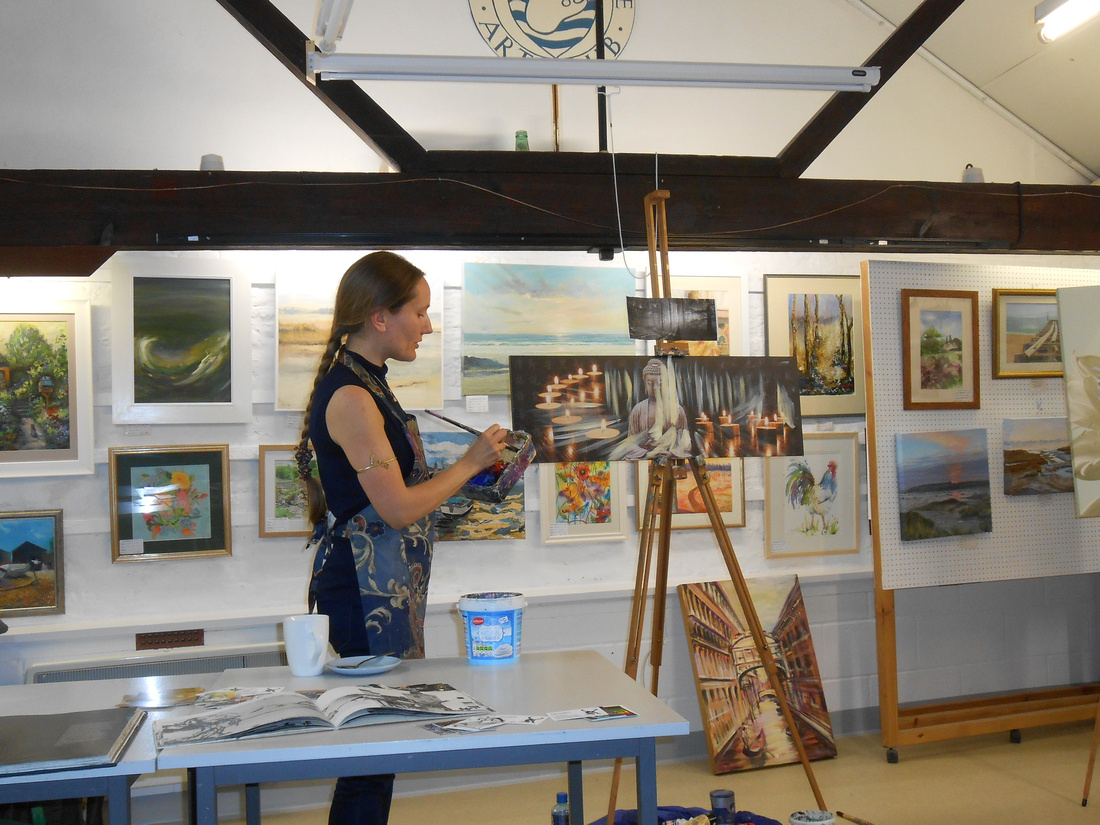 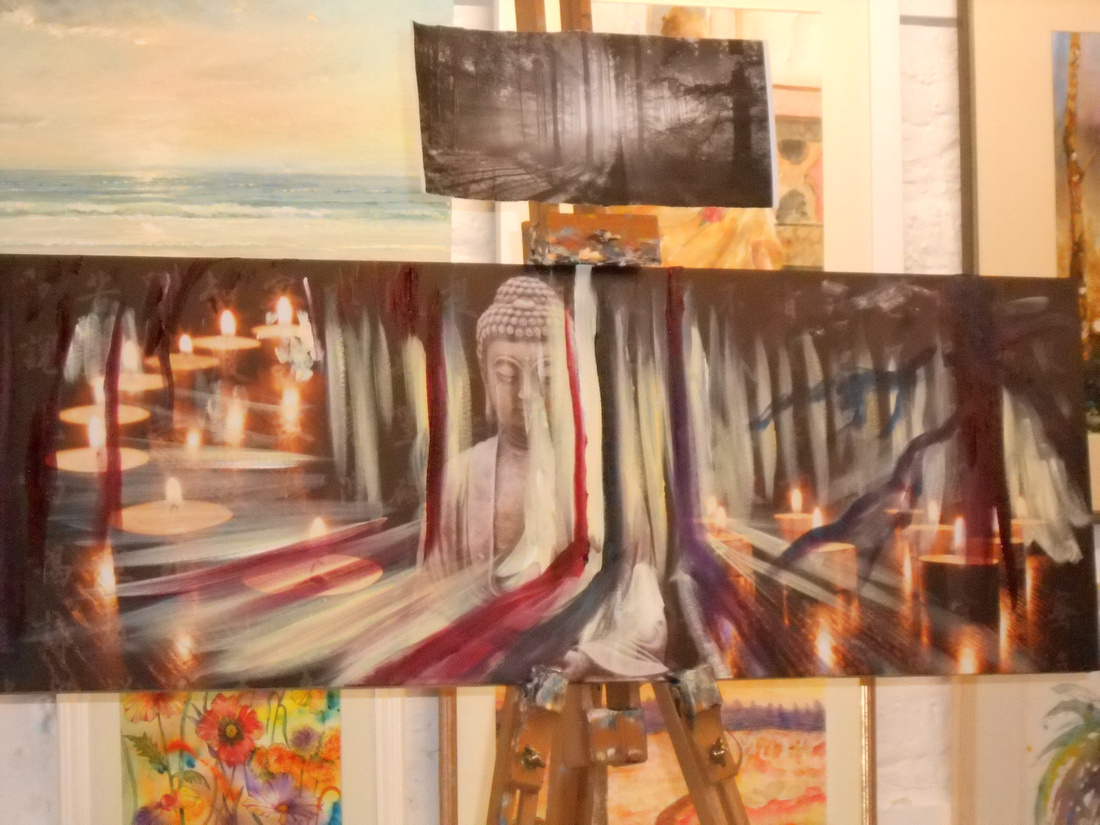 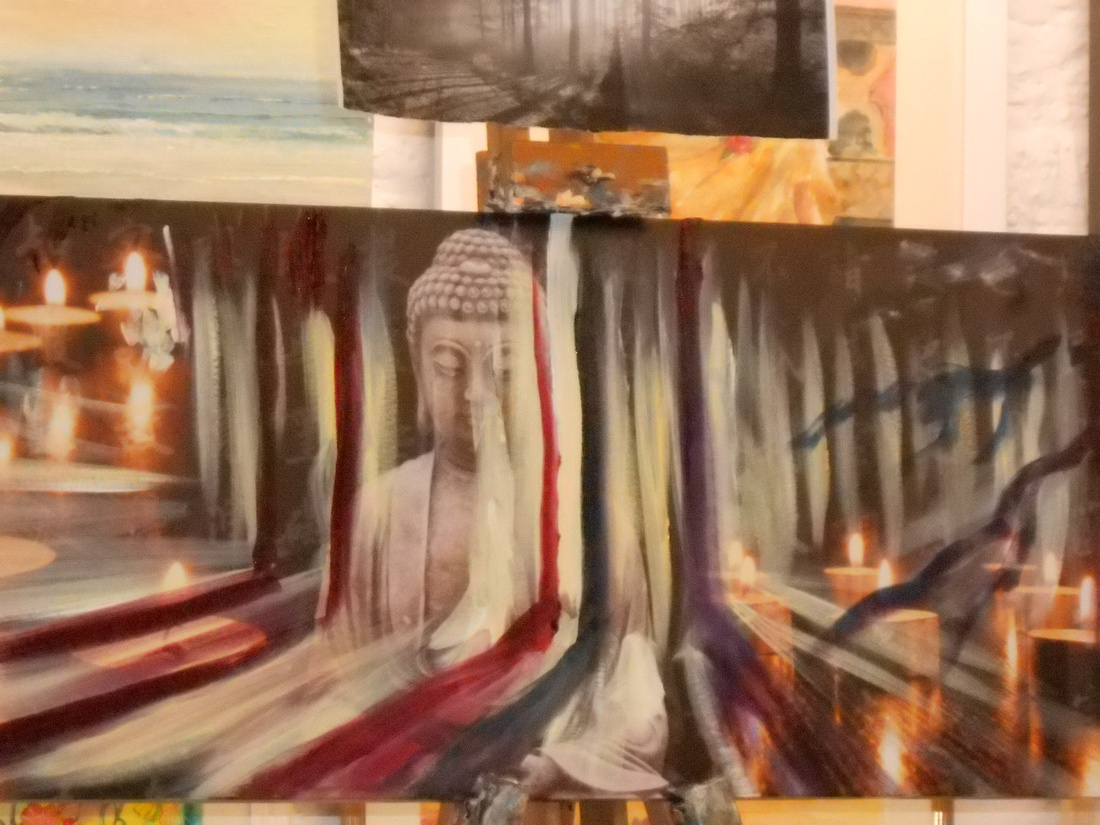 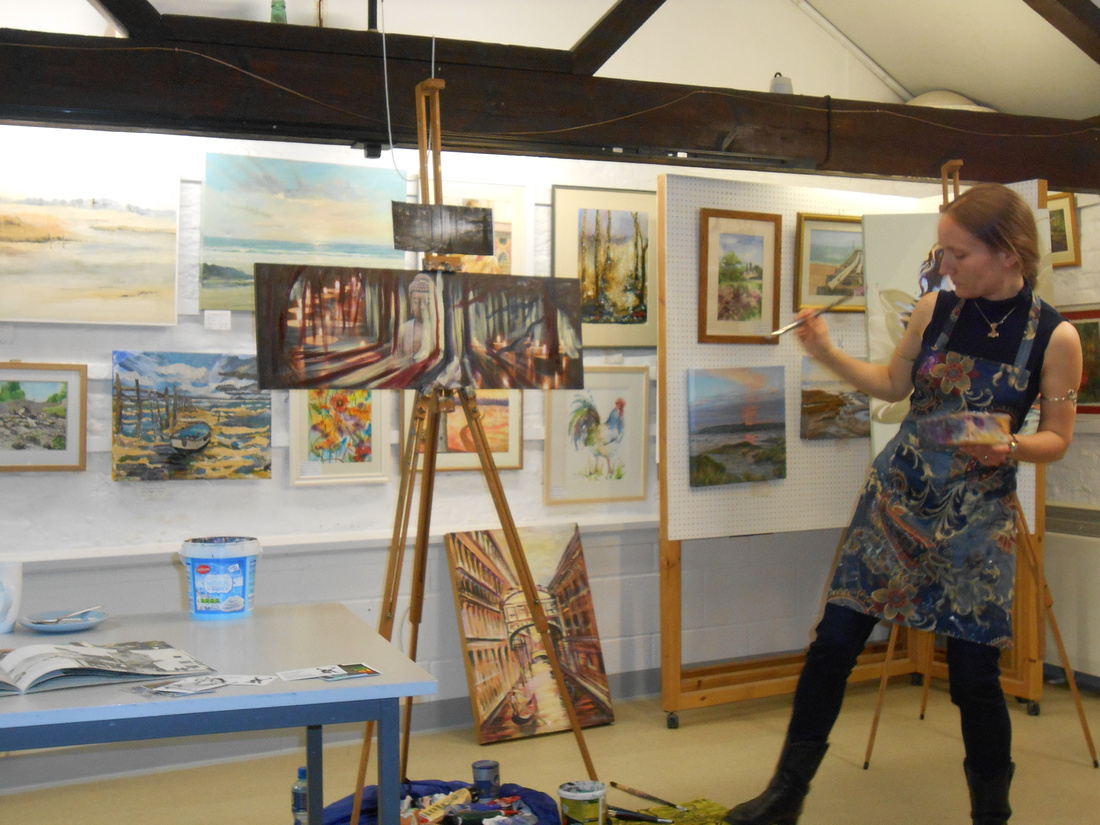 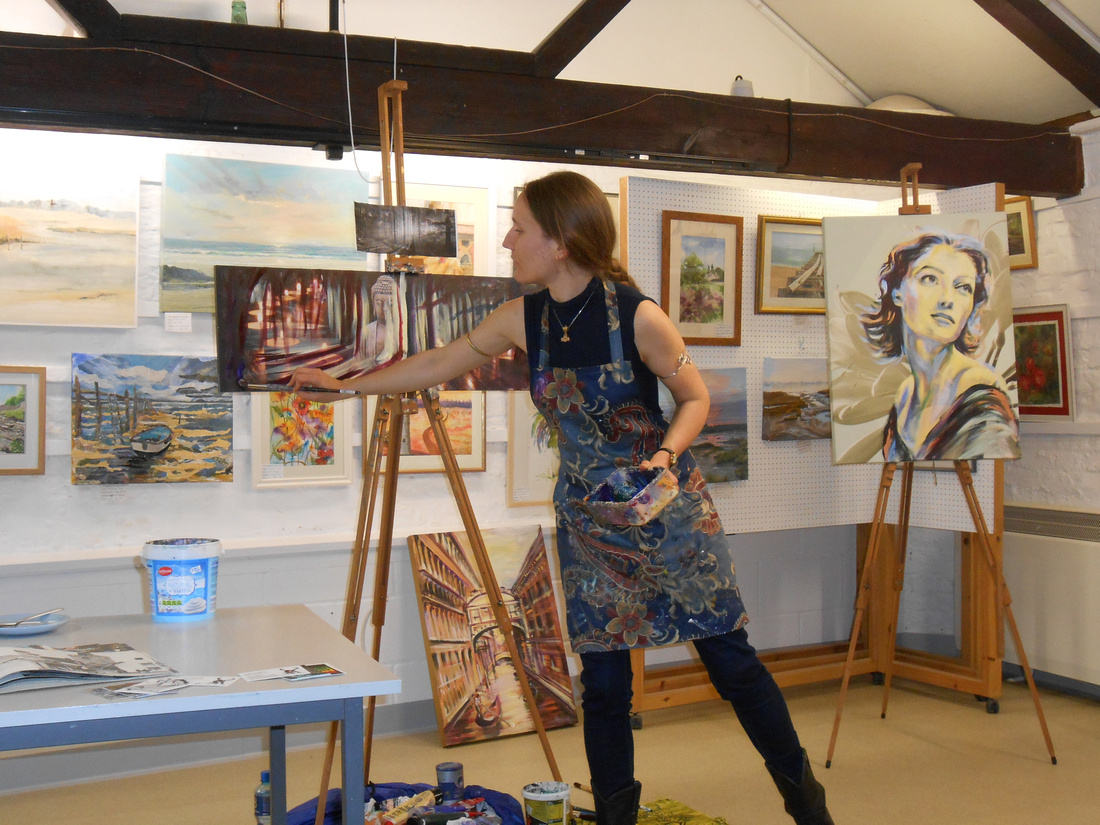 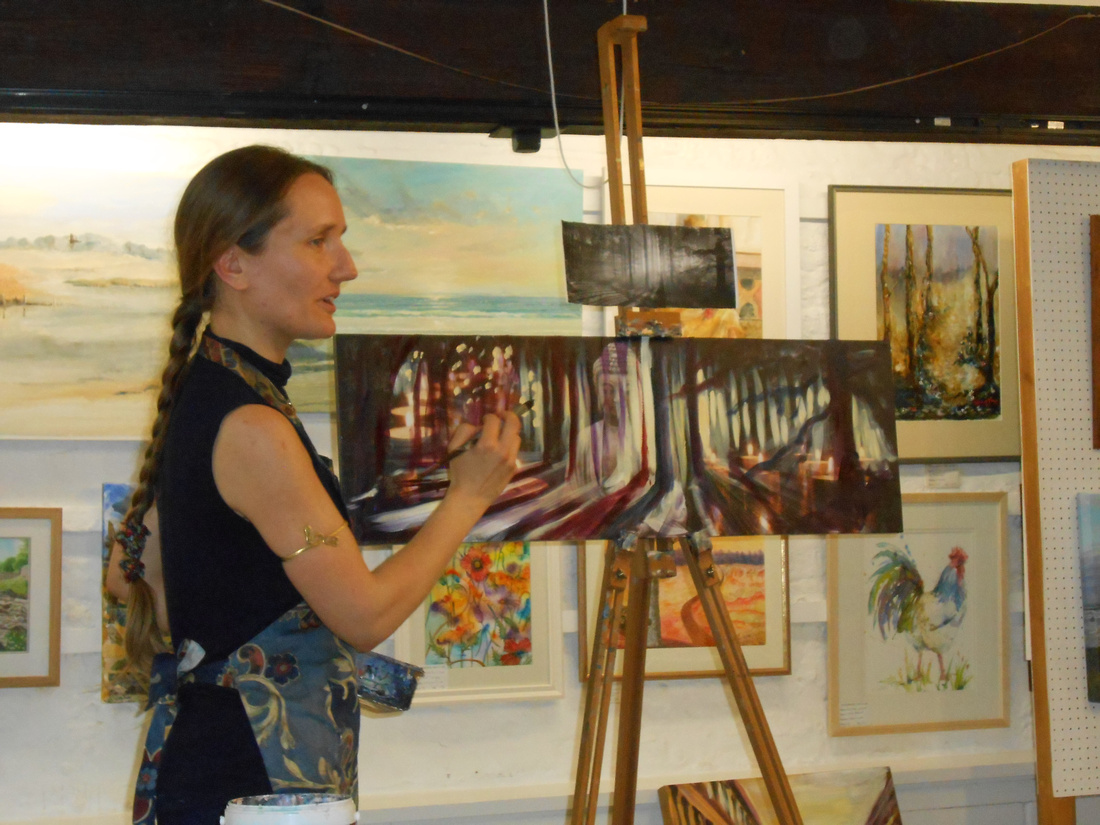 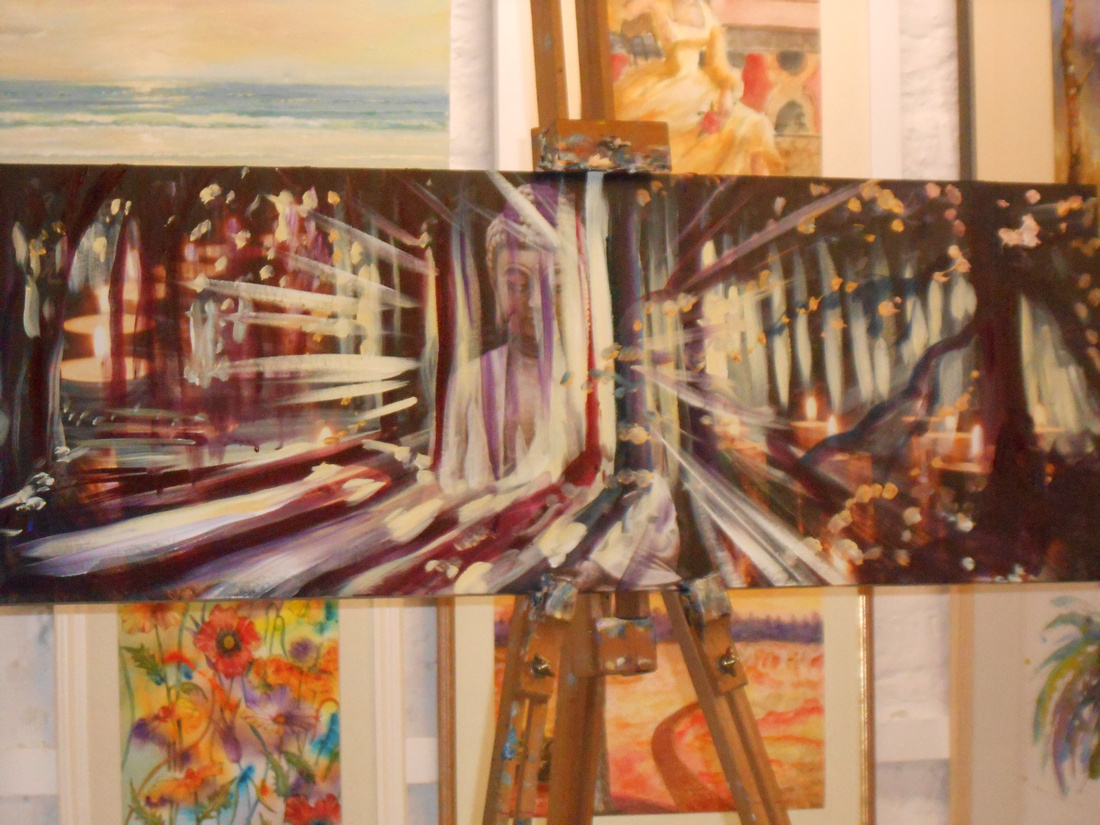 Next choice of canvas for metamorphosis treatment: Moroccan bowls. 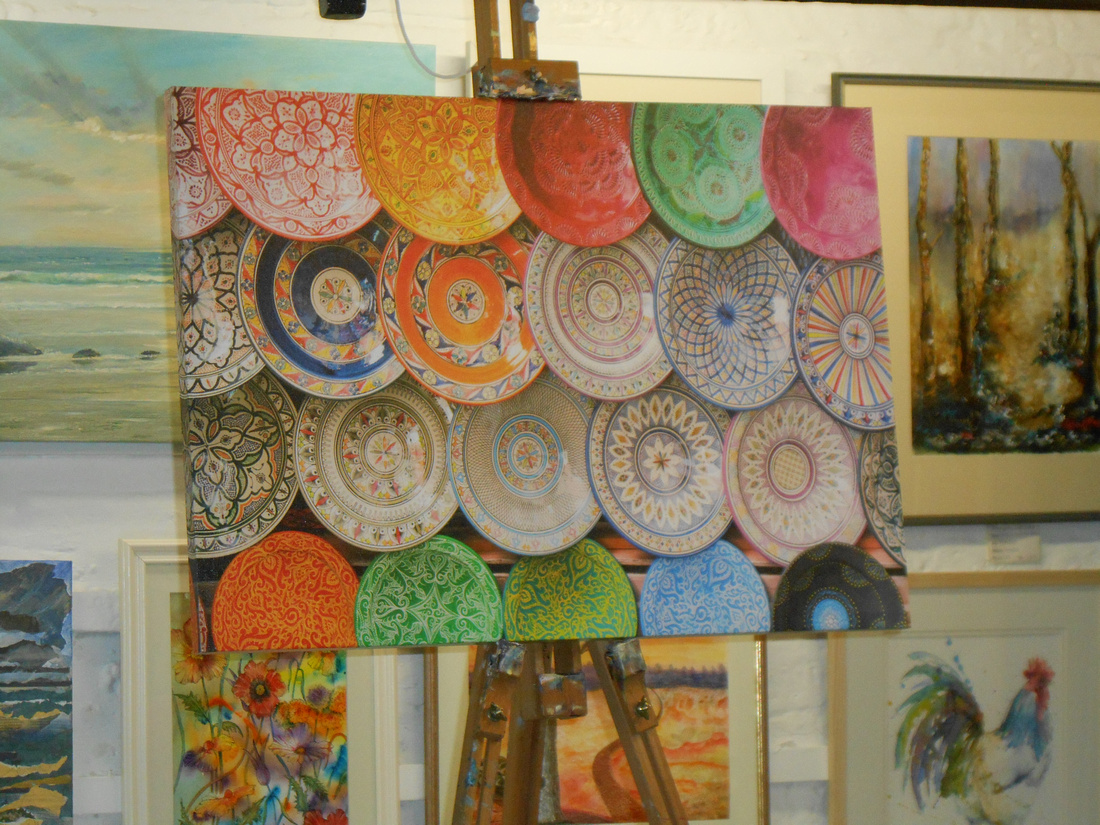 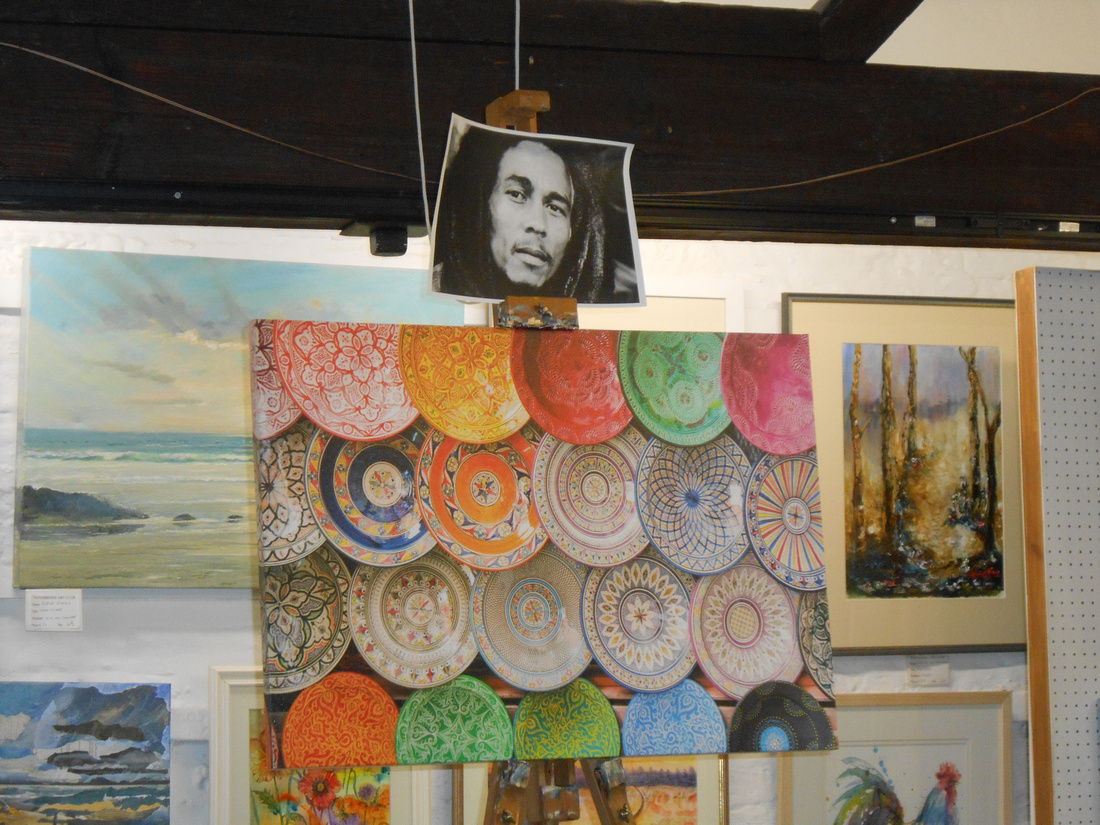 First brushstrokes are the most important... 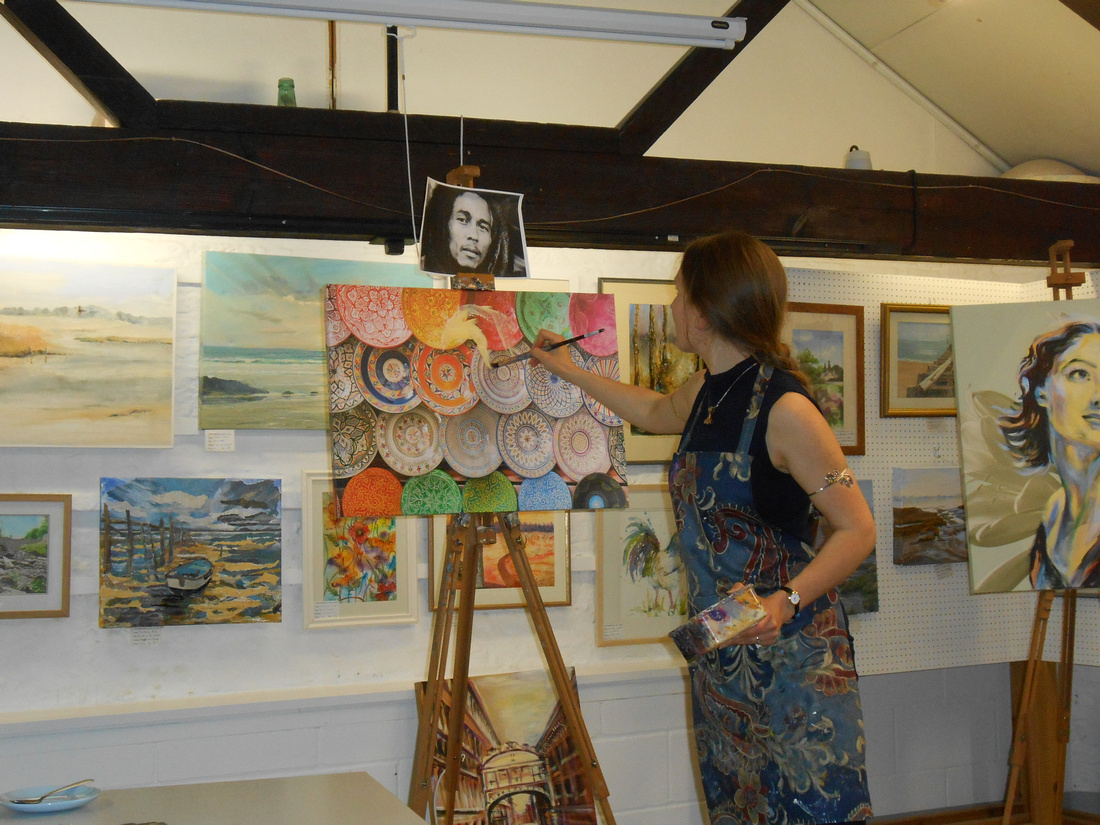 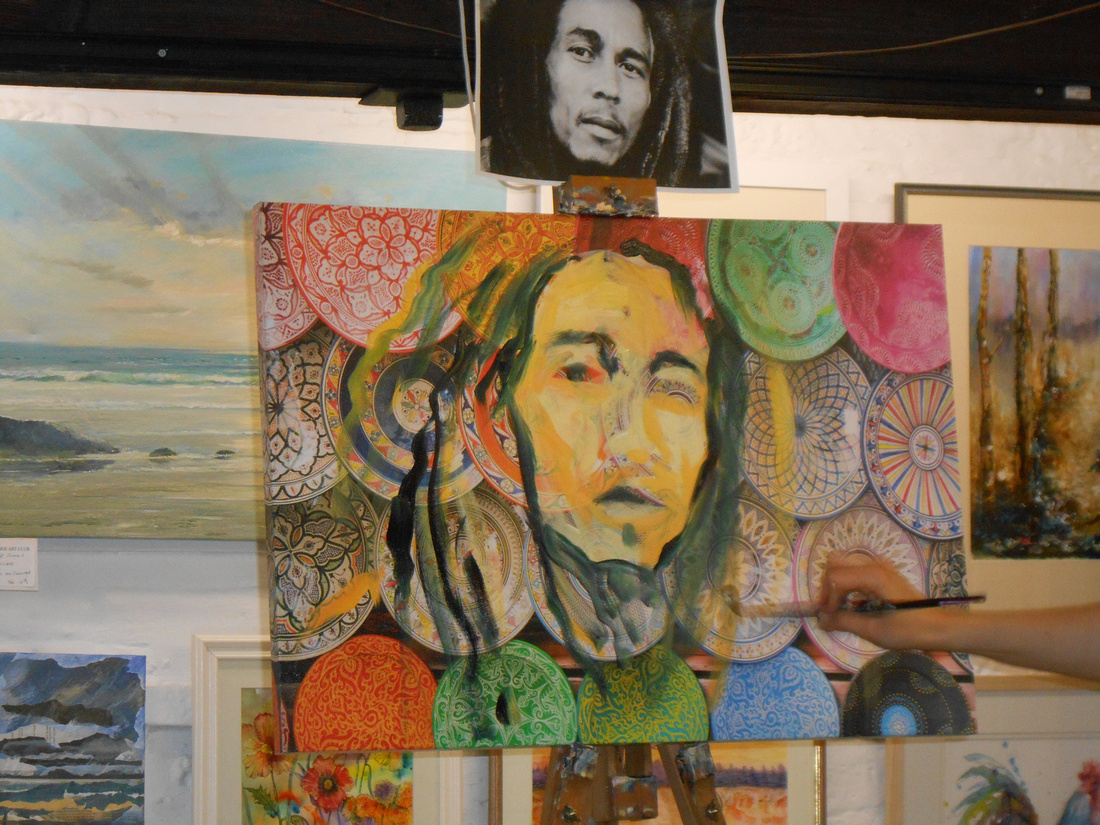 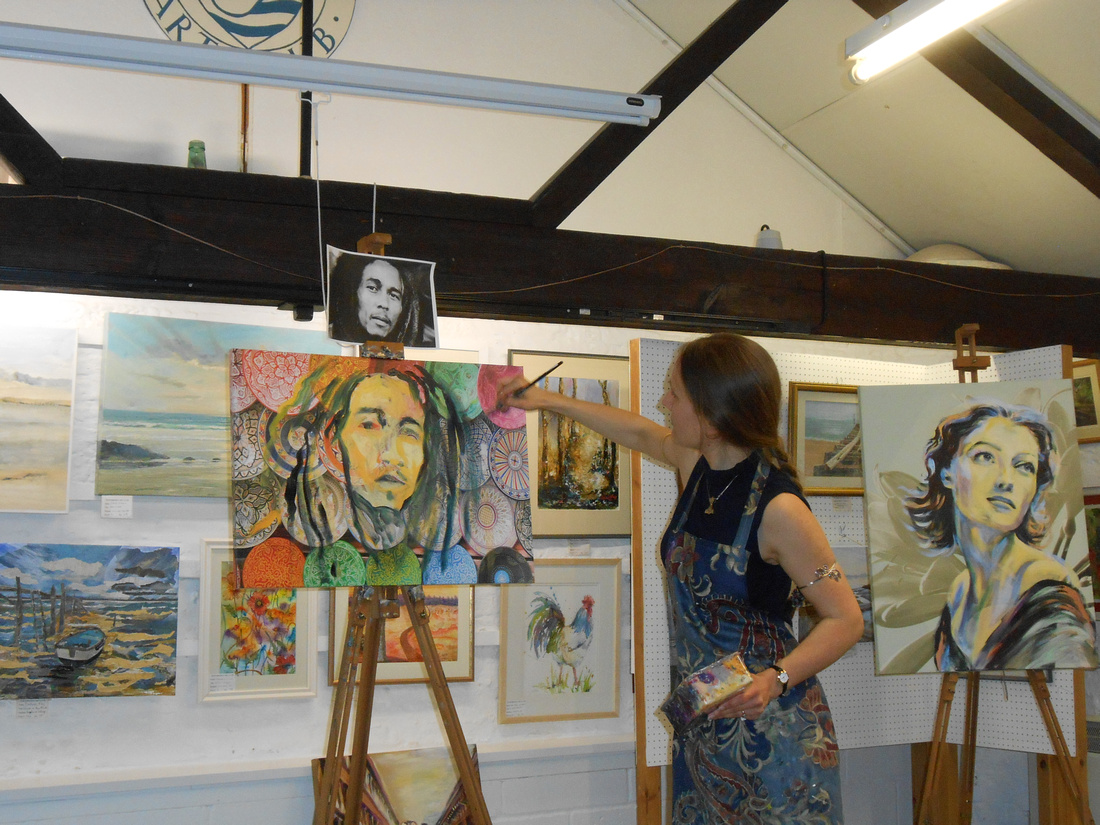 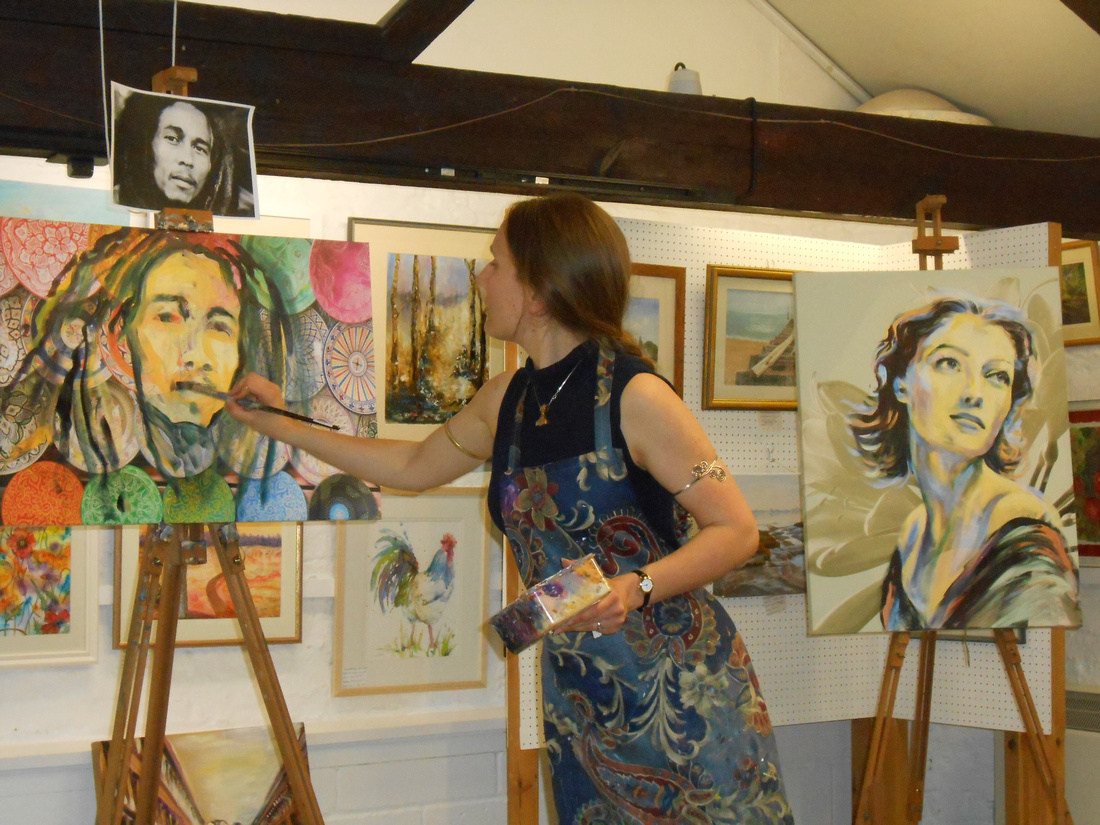 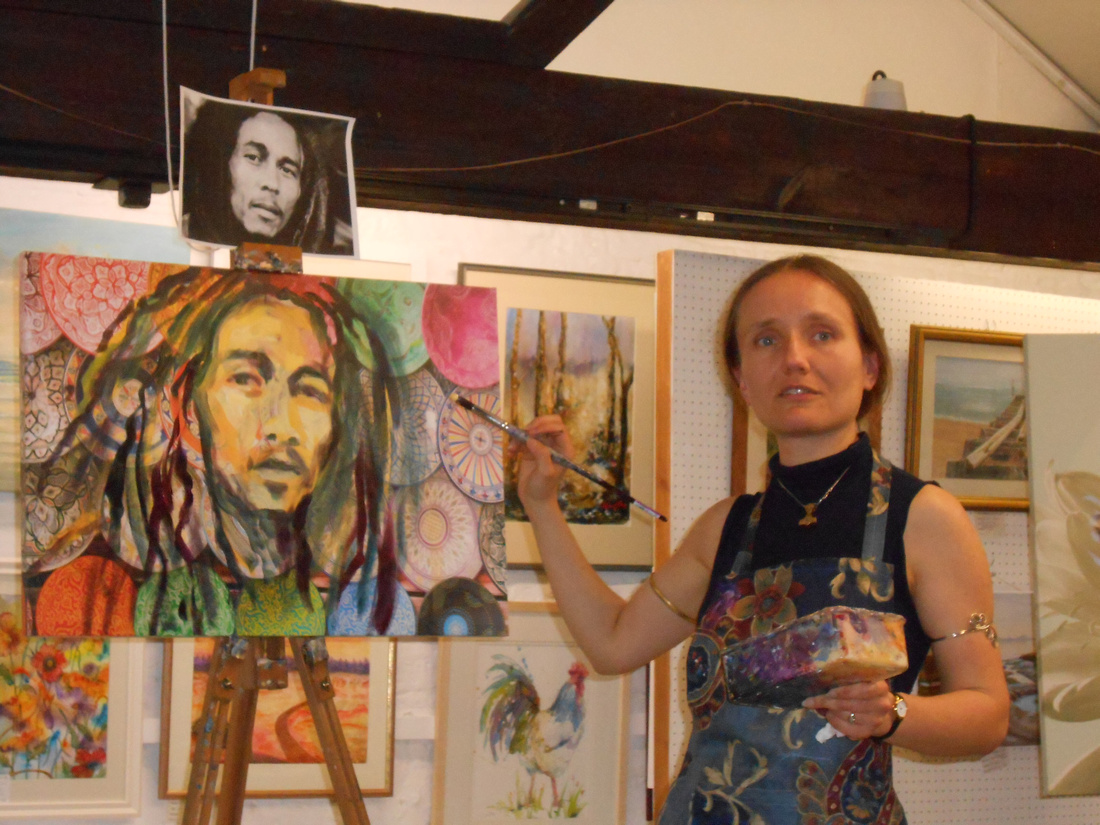 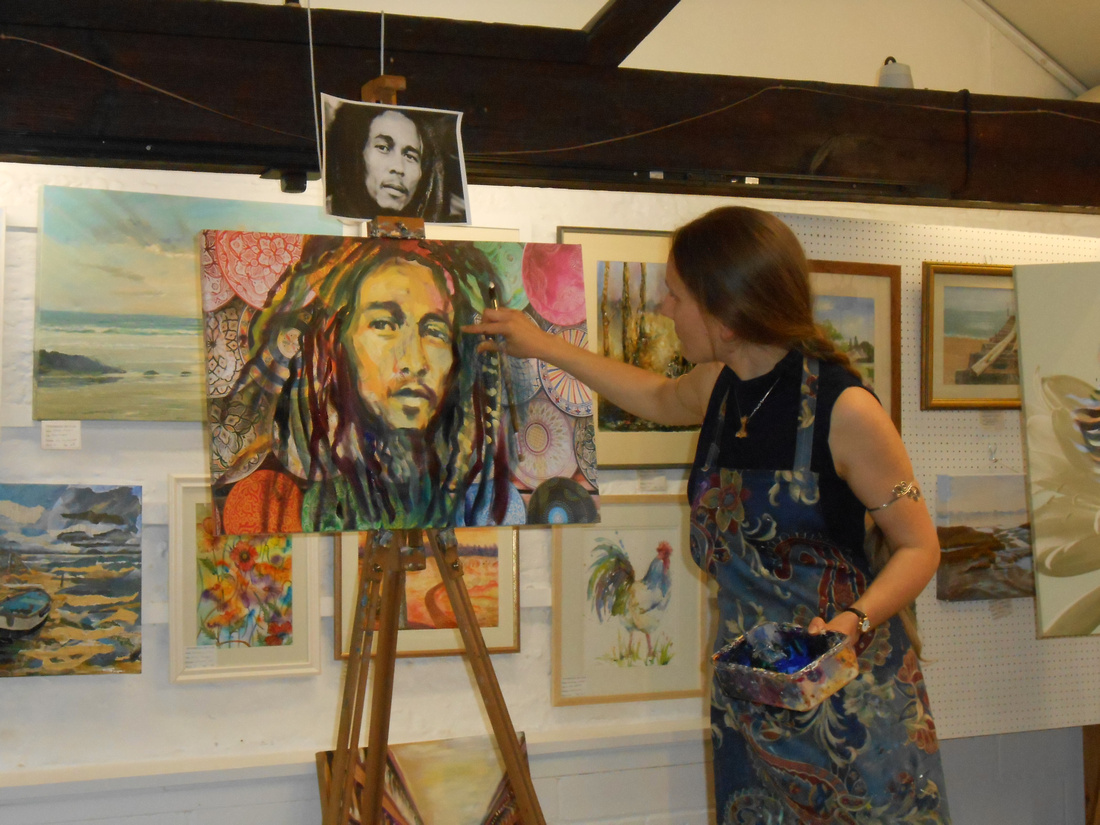 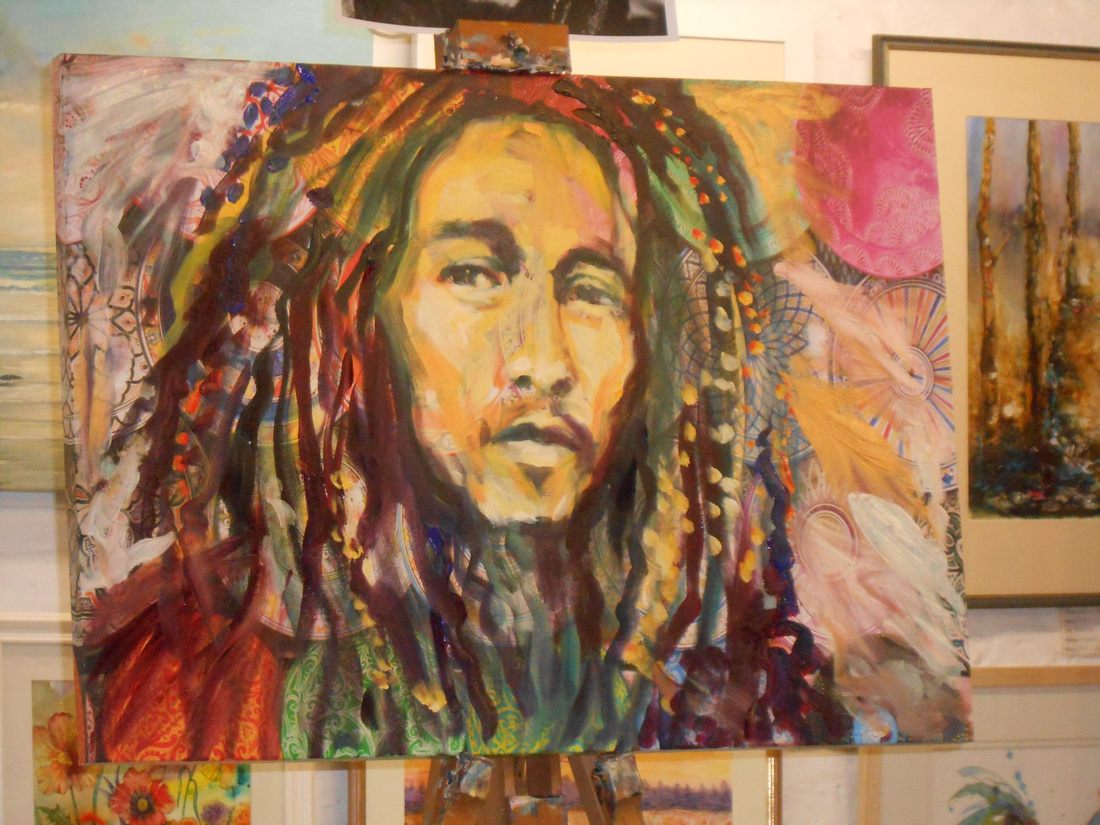 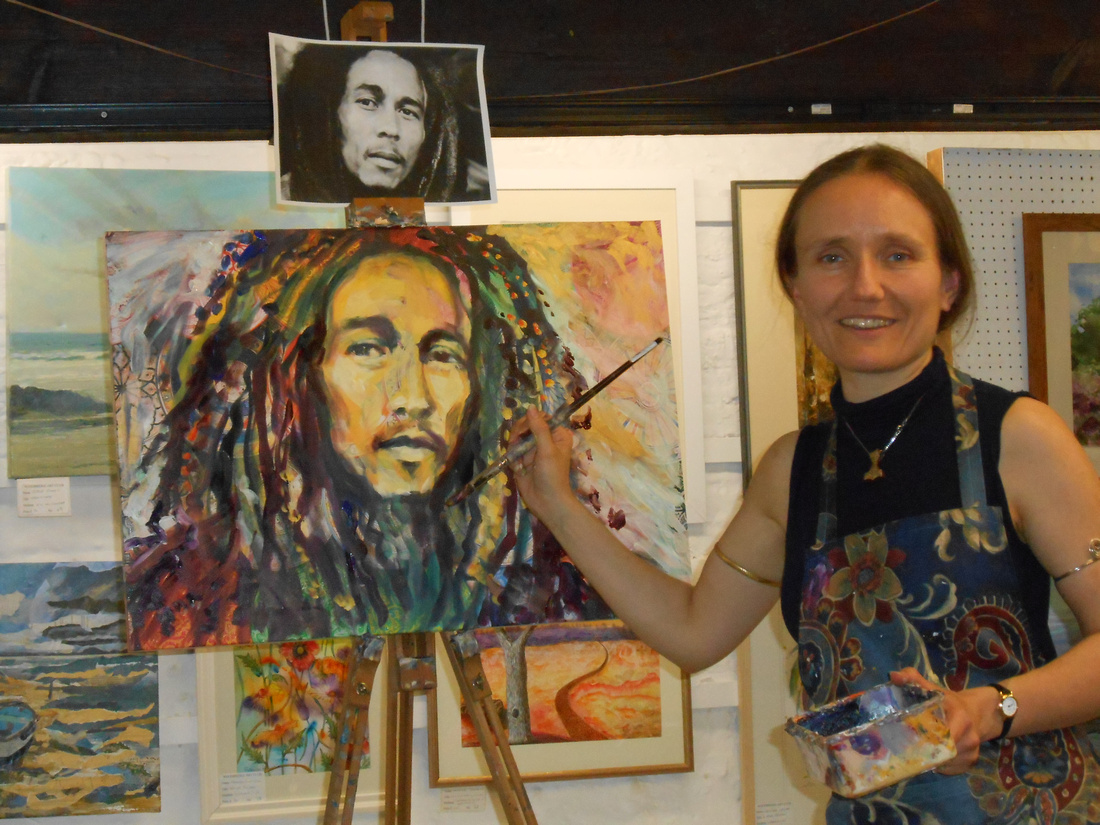 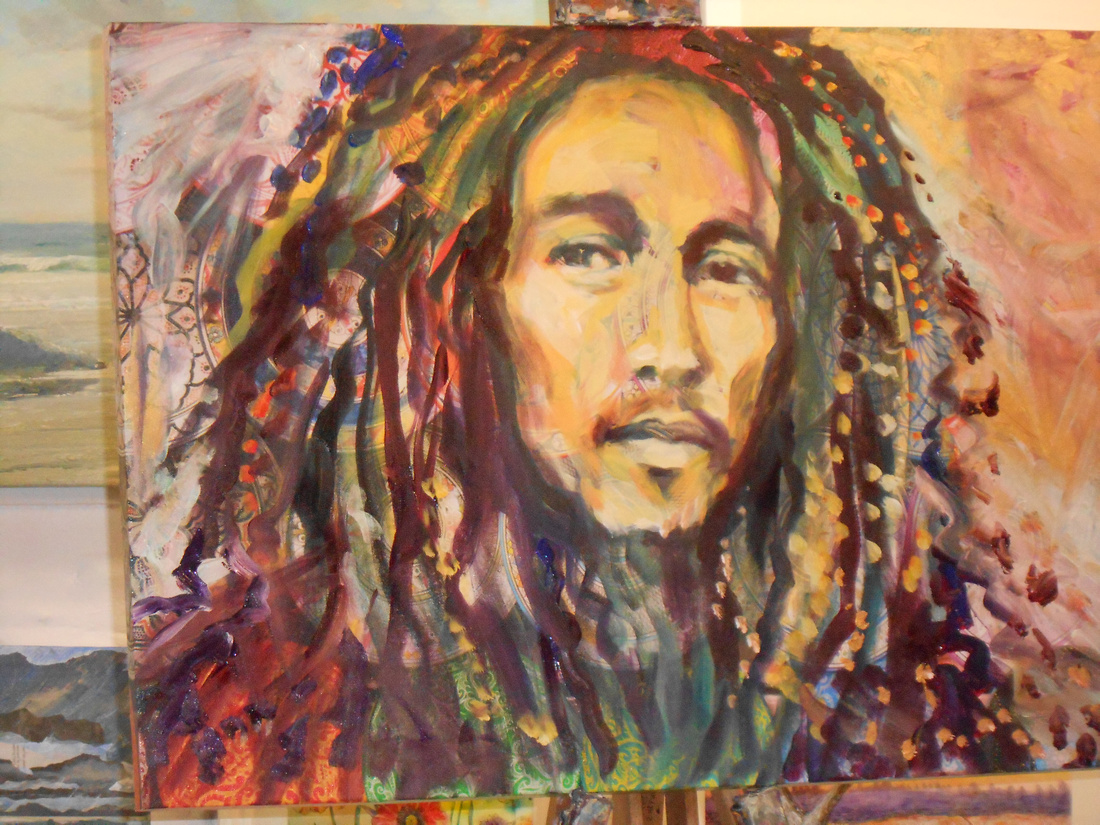 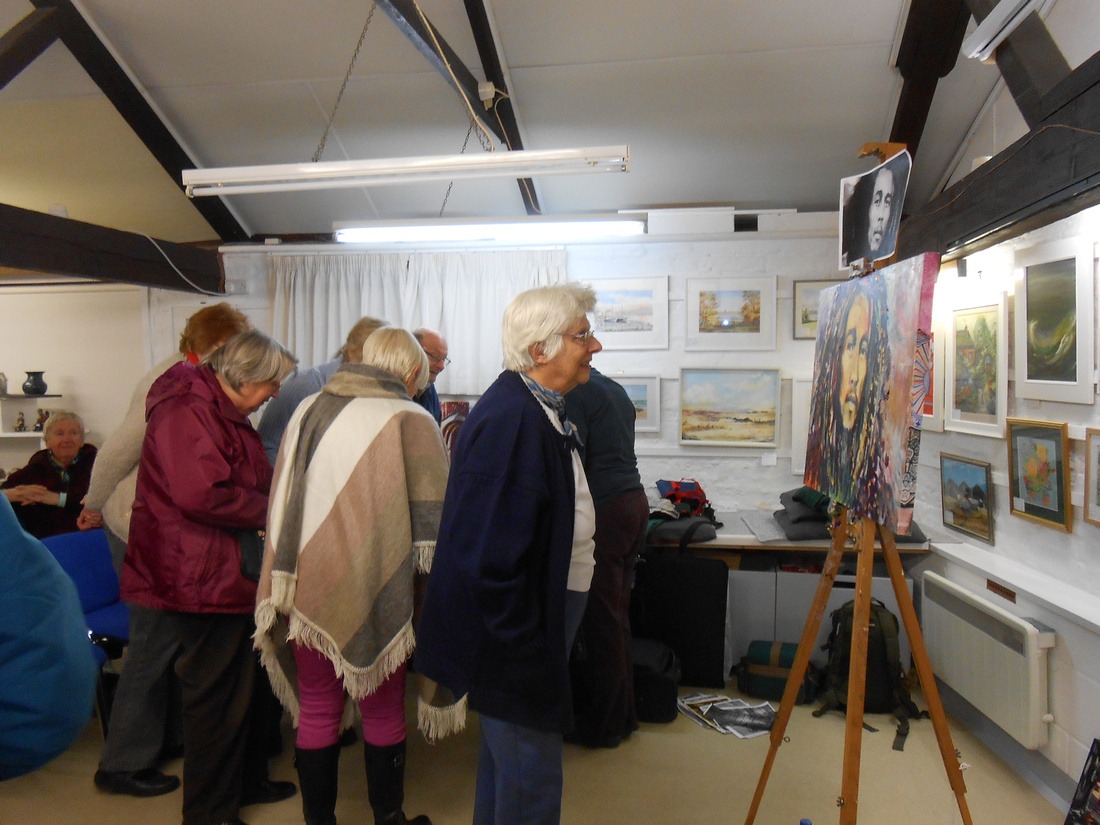