Friday 15th September witnessed the grand finale of the widely acclaimed public art trail Sitting With Jane, with 24 unique Jane Austen inspired BookBenches being auctioned at the Ark Conference Centre in Basingstoke, to raise valuable funds for Ark Cancer Centre Charity. Presented by Wild in Art and Destination Basingstoke, in association with Festival Place, the trail has raised an impressive £95,700 for the charity.

Sitting With Jane was one of numerous events this year marking the 200th anniversary (2017) of English novelist Jane Austen's death. Each BookBench was painted by a professional artist to feature an Austen inspired design, sponsored by the generosity of local businesses, and located on public view at various locations in and around Basingstoke for ten weeks over the Summer. 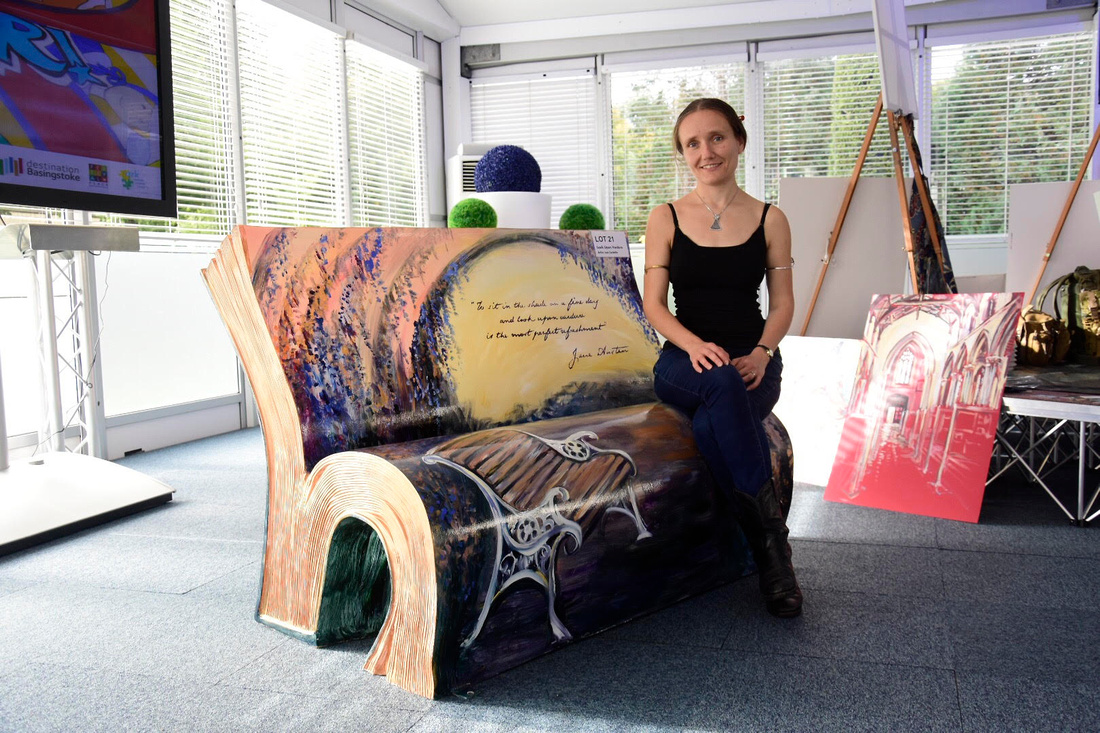 Ipswich artist Lois Cordelia, whose BookBench design "Look Upon Verdure" fetched the second highest bid of the evening at £6,750, also performed a live speed-painting demonstration during the evening, creating a portrait interpretation of Jane Austen in the space of 60 minutes, in celebration of Austen's recent appearance on the ten pound note. The resulting painting on canvas will be auctioned separately via Ebay in the coming few weeks to raise additional funds for Ark Cancer Centre Charity - watch this space for details!

Thanks to the generosity of Laura and Matt at The Topiary Salon, Lois' BookBench will remain in Old Basing near Basingstoke and will still be on view to visitors. Appropriately for a beauty salon, the BookBench is not only decorative but also functional. 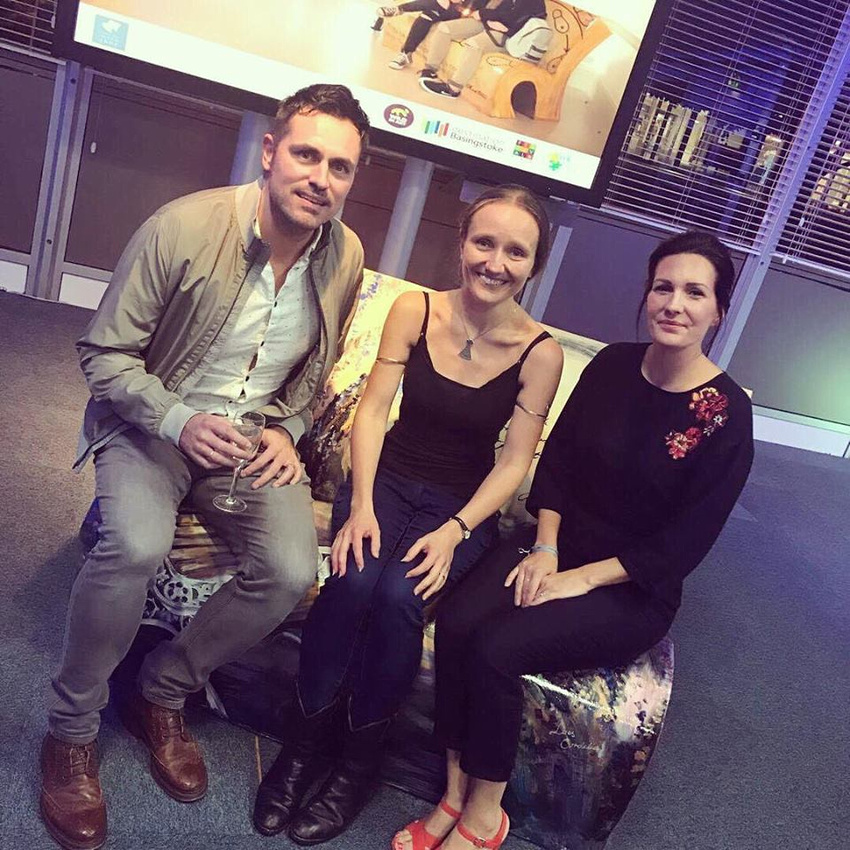 Below: Laura and Matt Haystaff of The Topiary Salon with Lois Cordelia and "Look Upon Verdure" at the auction, 15th September 2017. Photo credit: Adrian Lovell 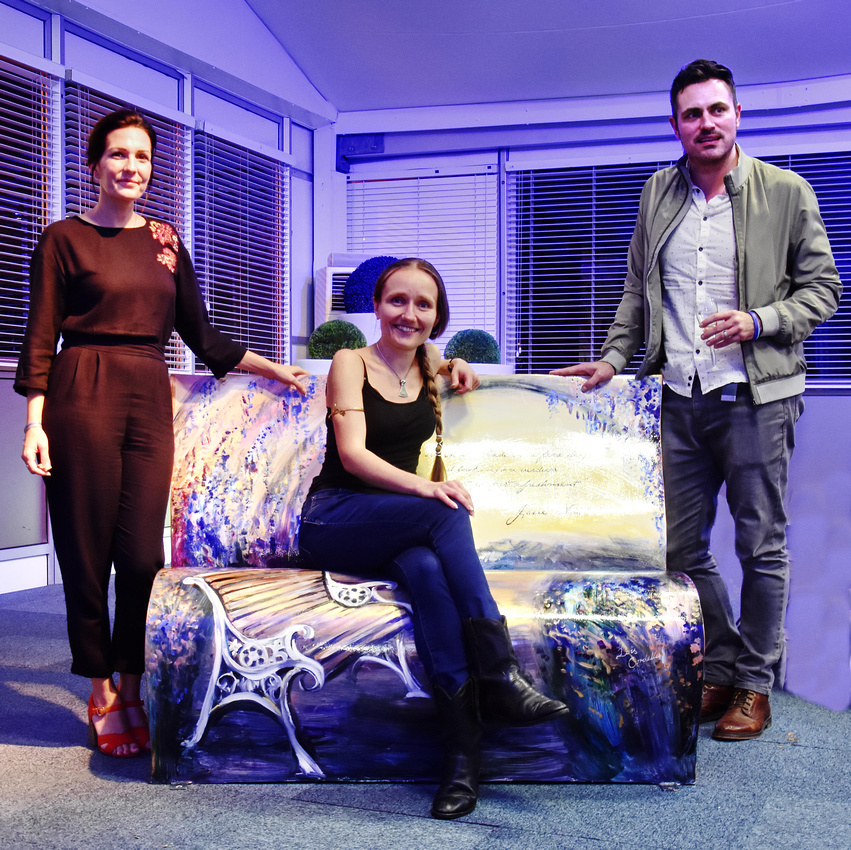 Below: Lois's 60 minute speed-portrait of Jane Austen will be auctioned via Ebay in the coming few weeks. 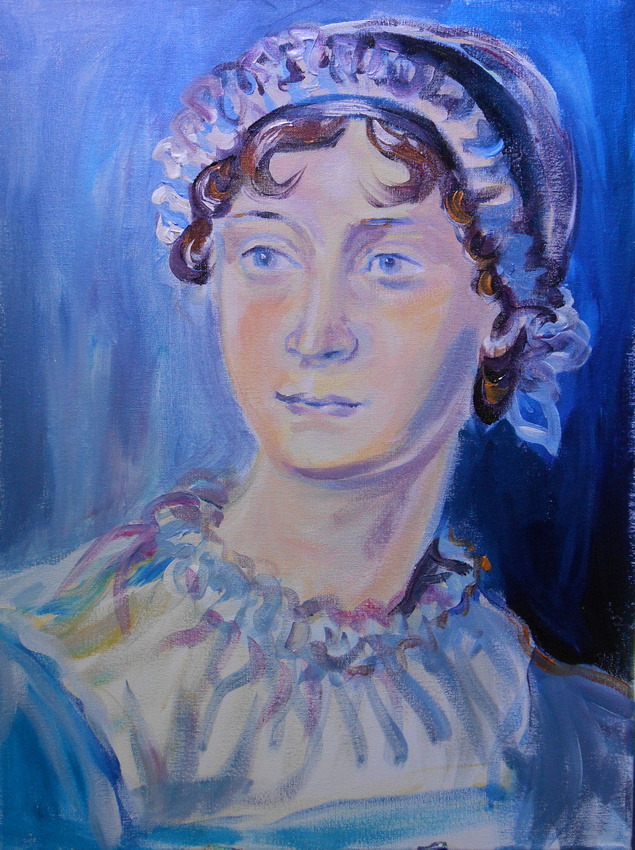 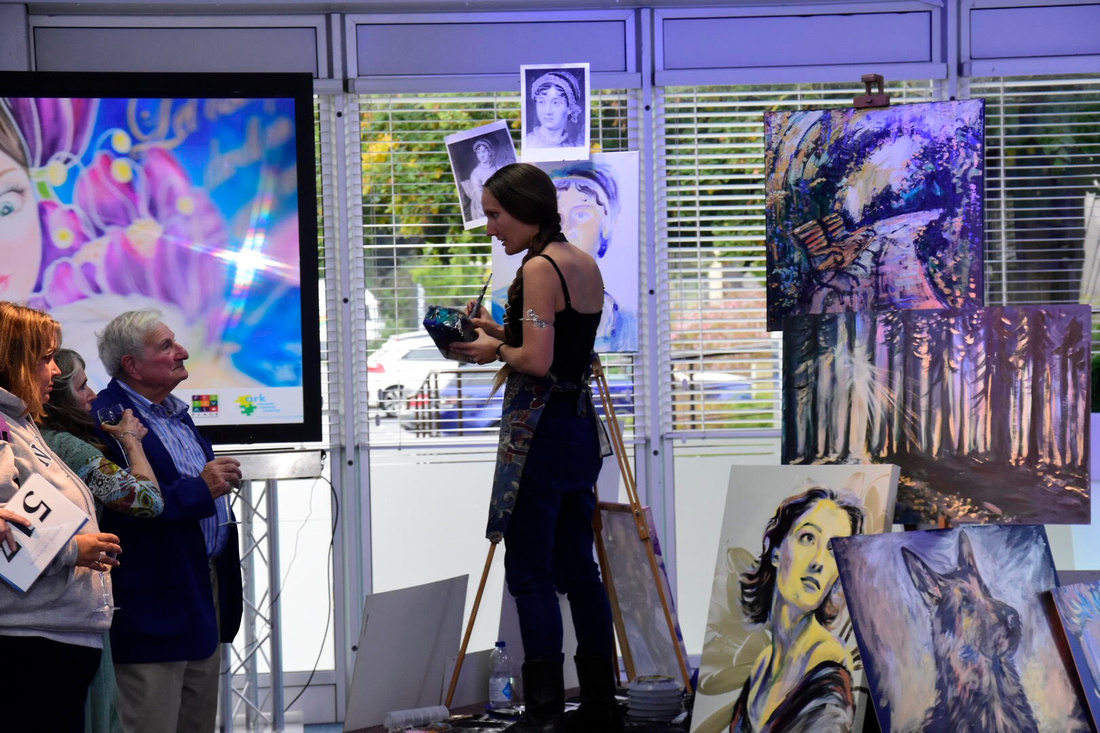 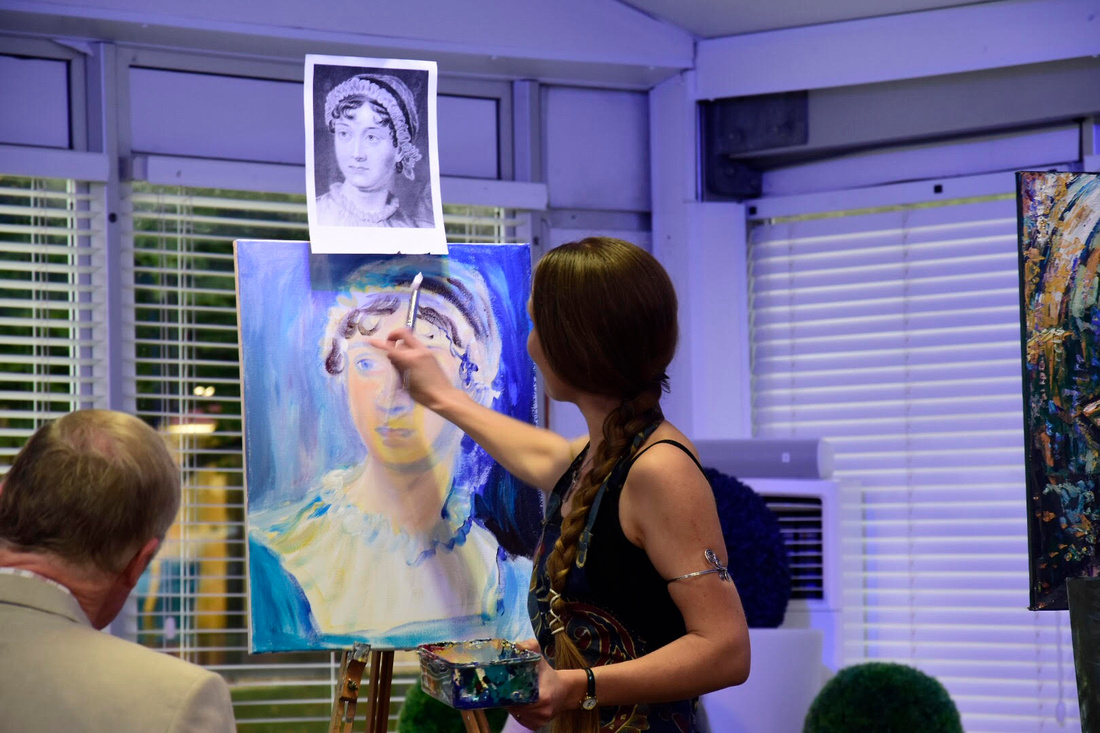 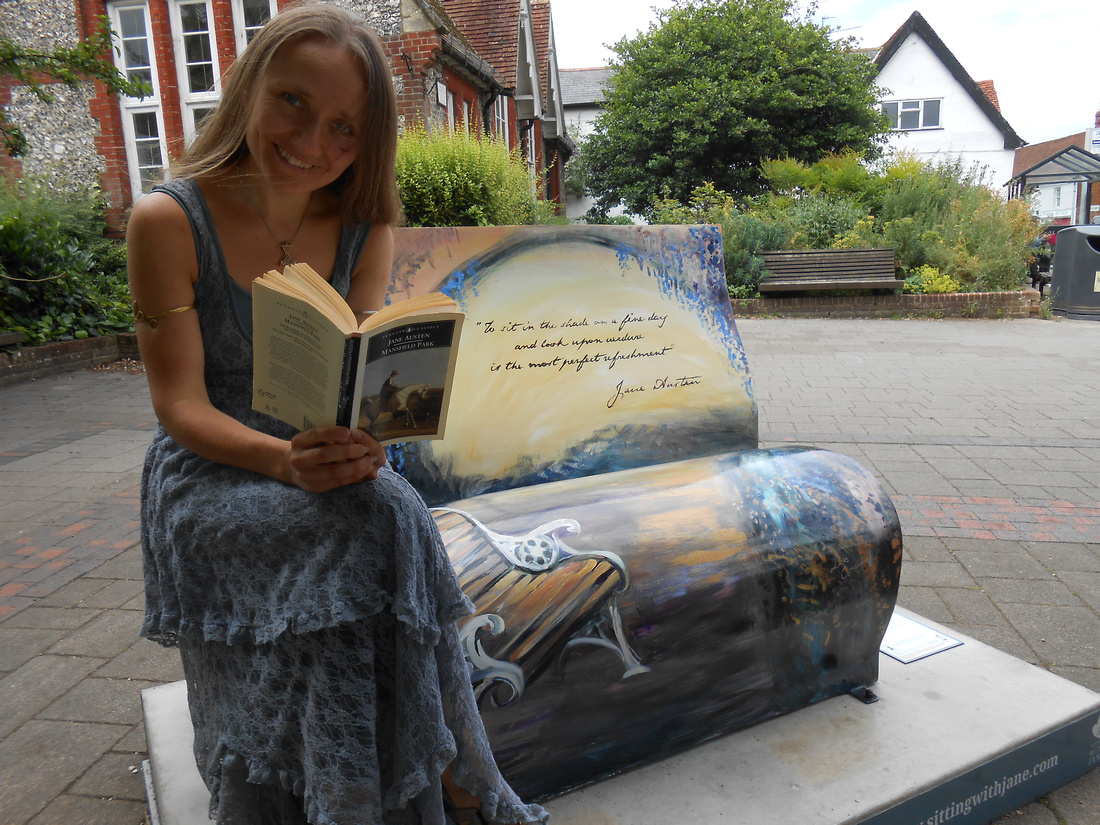 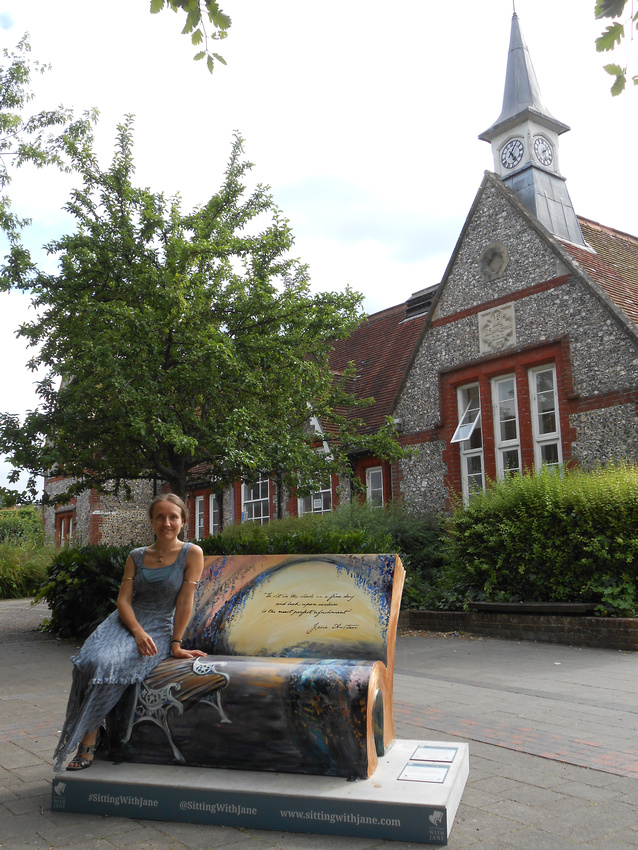 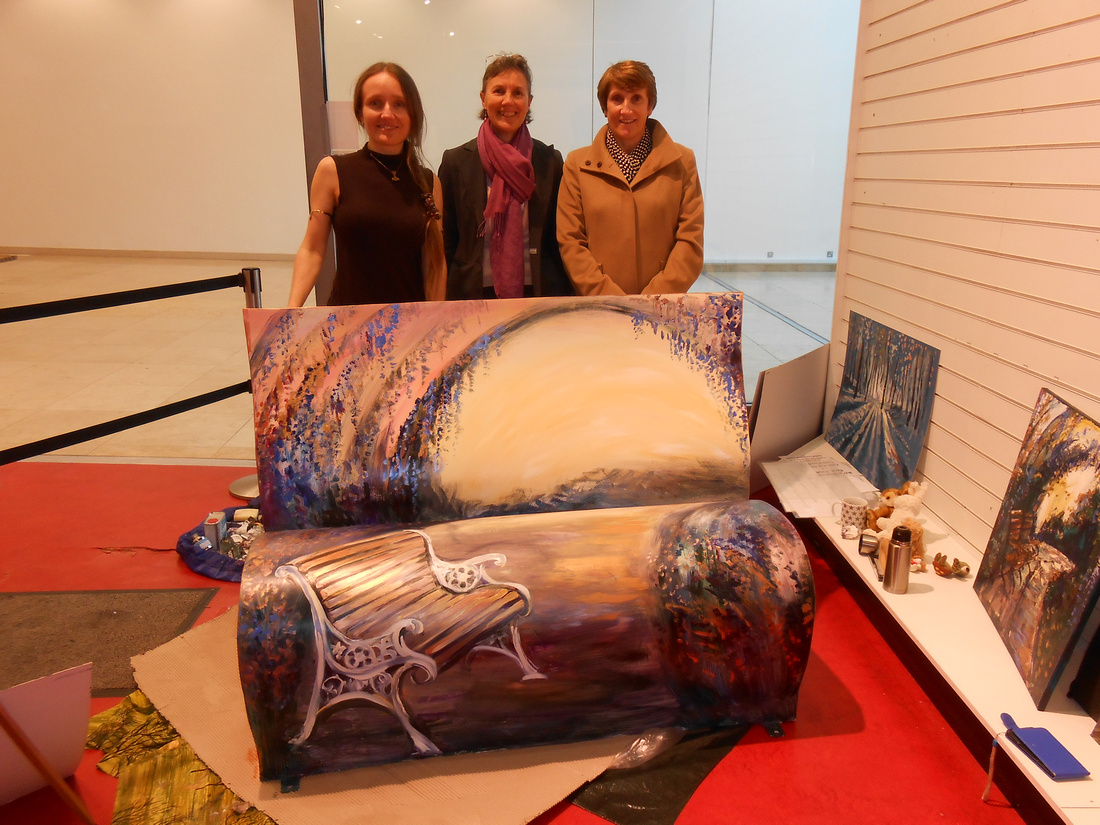 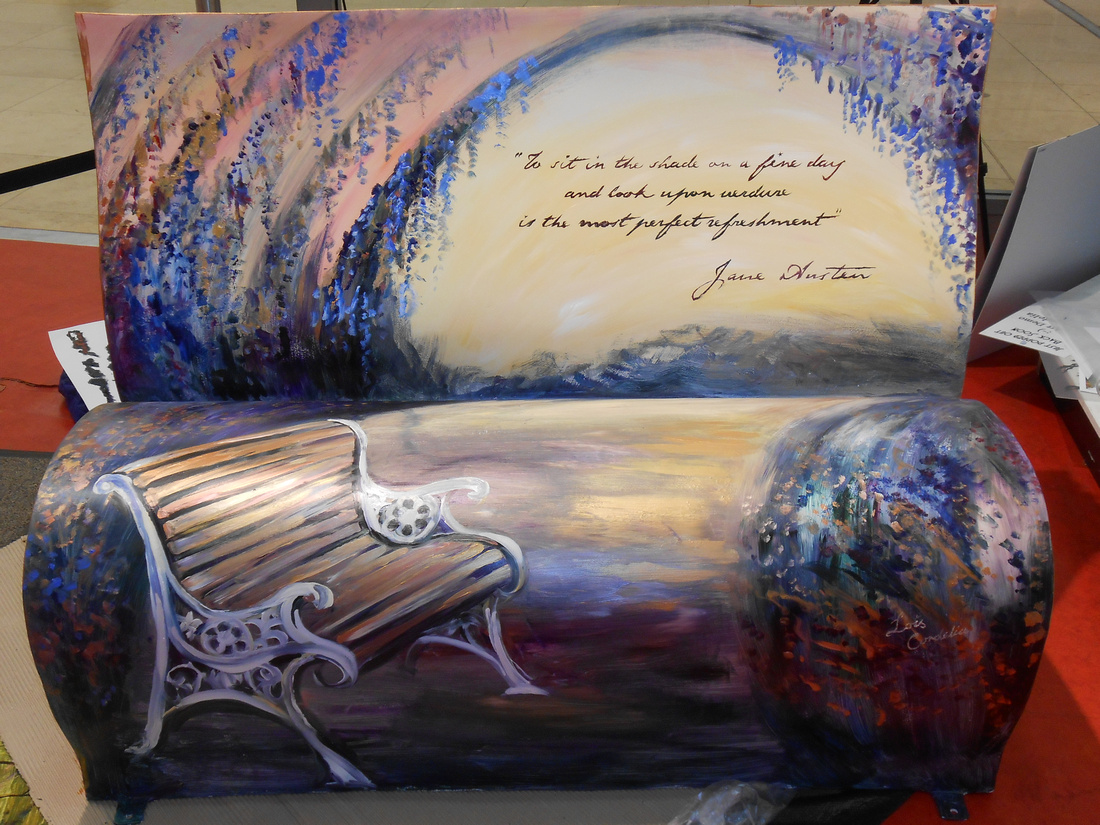 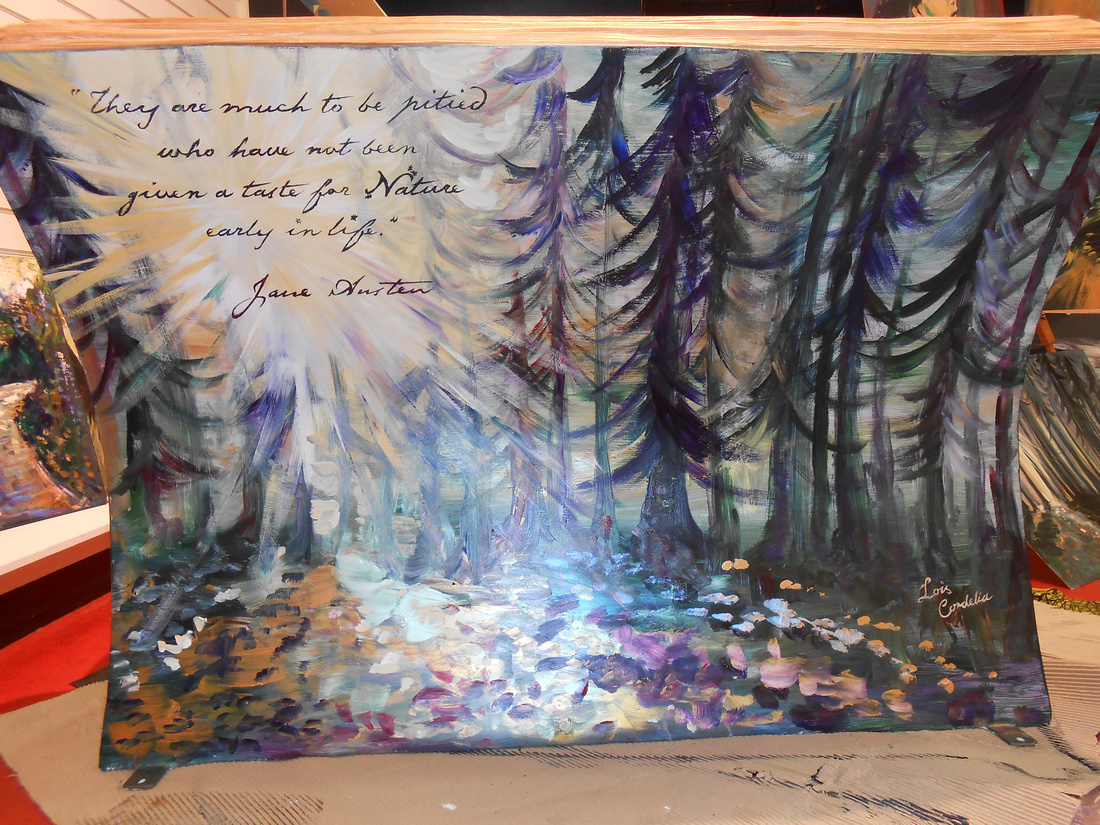 The trail has encouraged visitors to explore both well known and less frequented parts of north Hampshire, from beautiful villages and rural landscapes that have scarcely changed since Austen's time to modern visitor attractions, landmarks and great shopping.

Meanwhile, Lois Cordelia is very excited to have recently secured her fourth Wild in Art commission, which will remain top secret until the big reveal in October 2017... Stay tuned! :-) 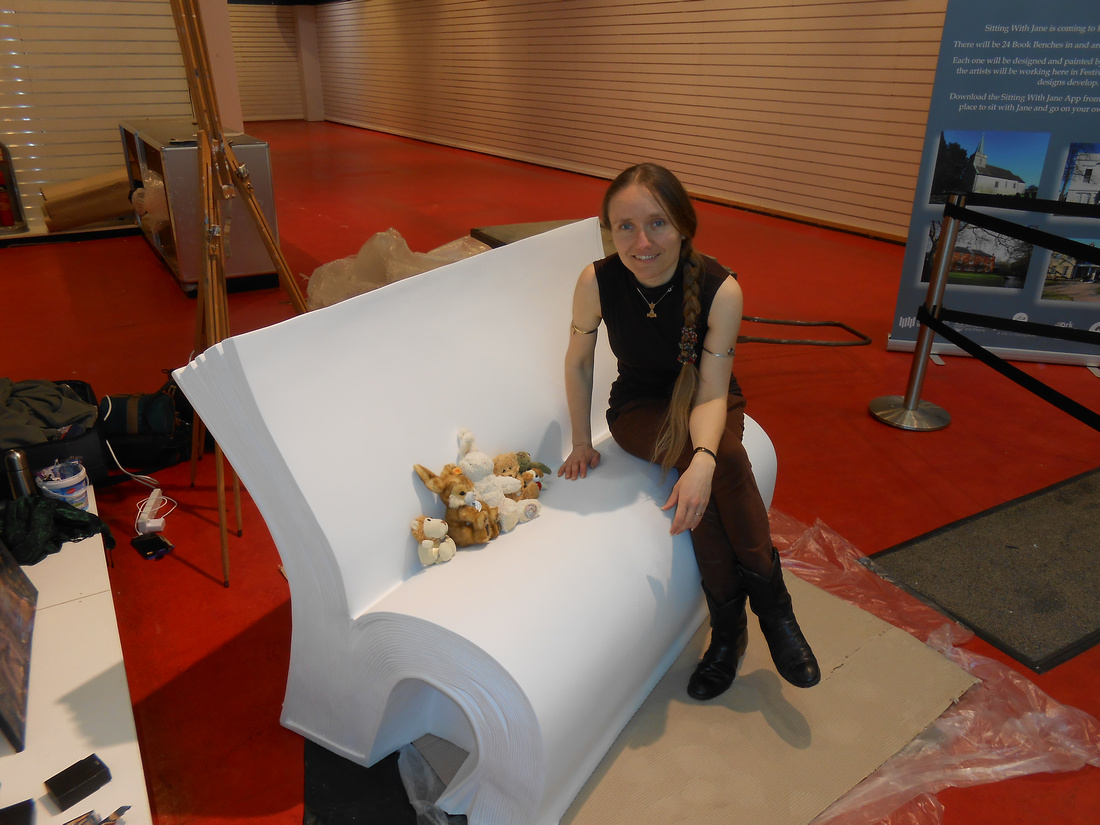 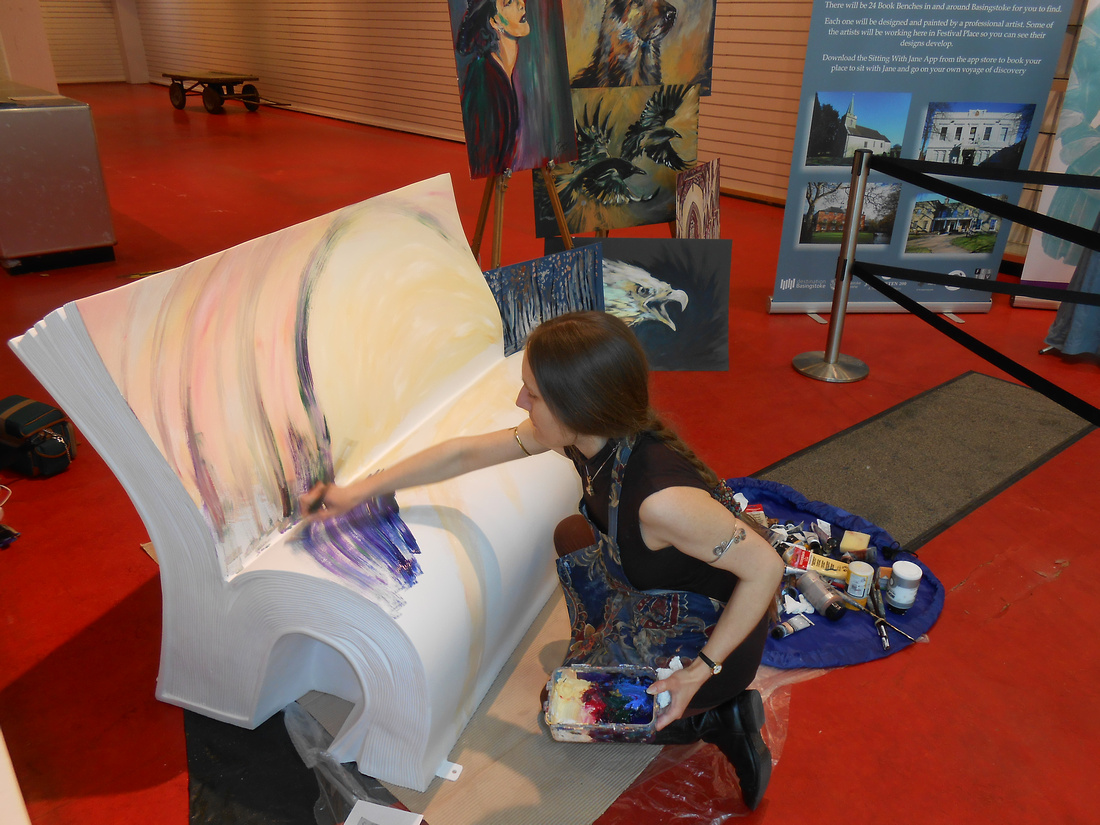 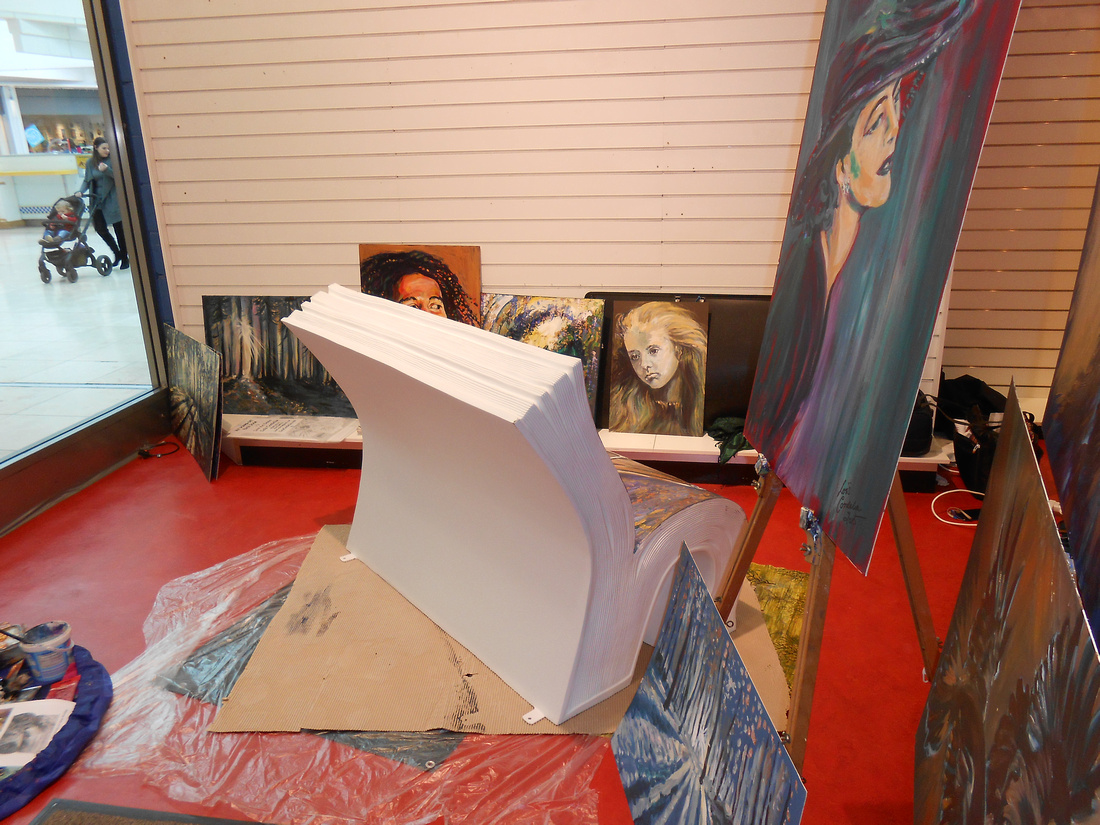 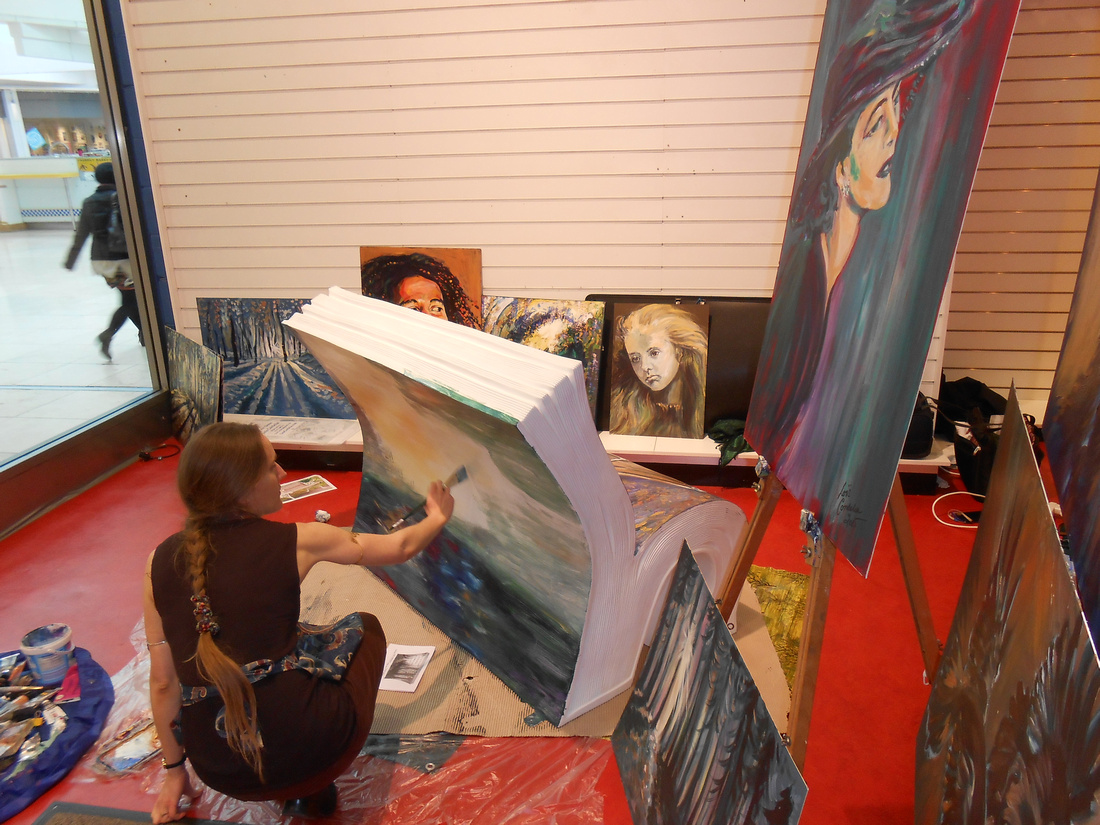 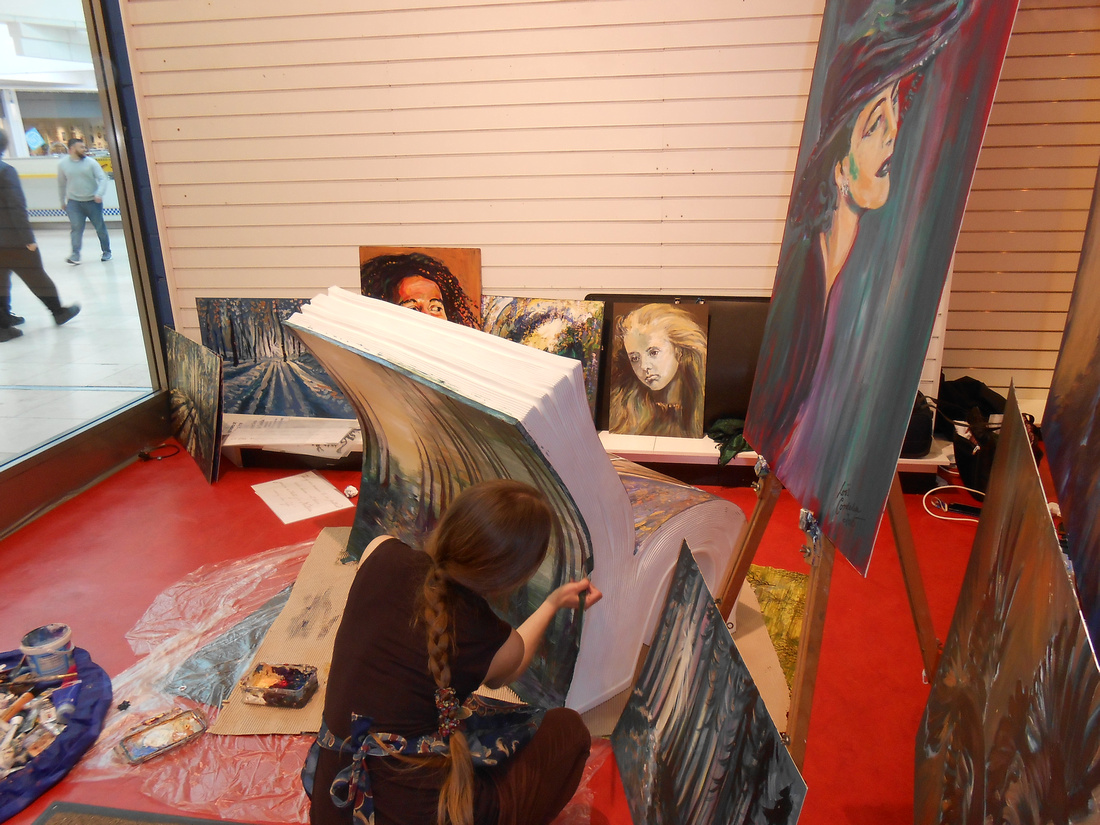 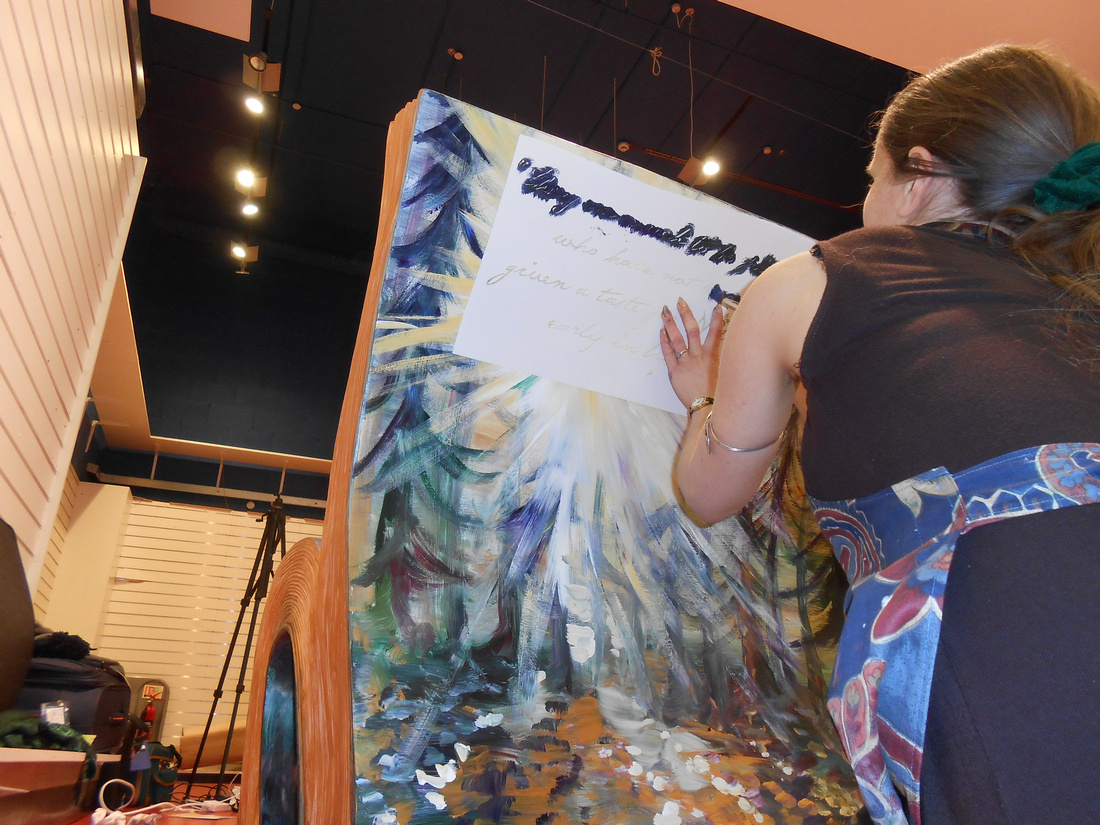 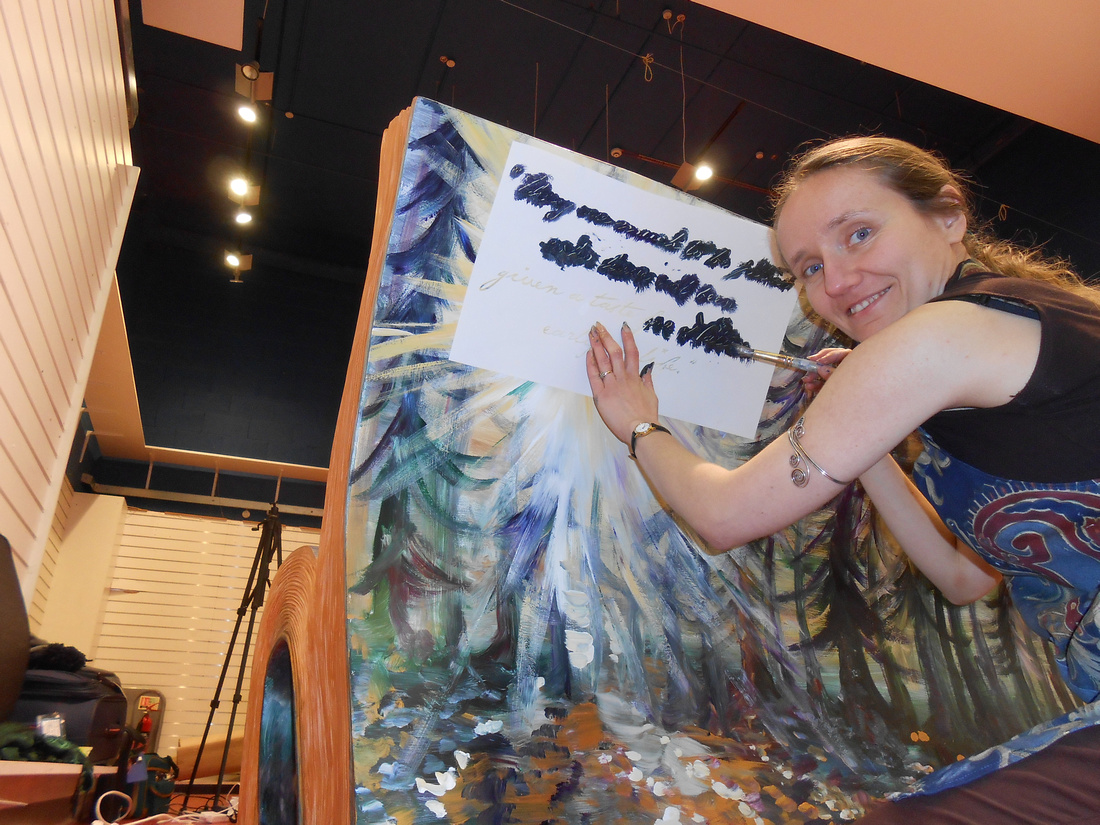 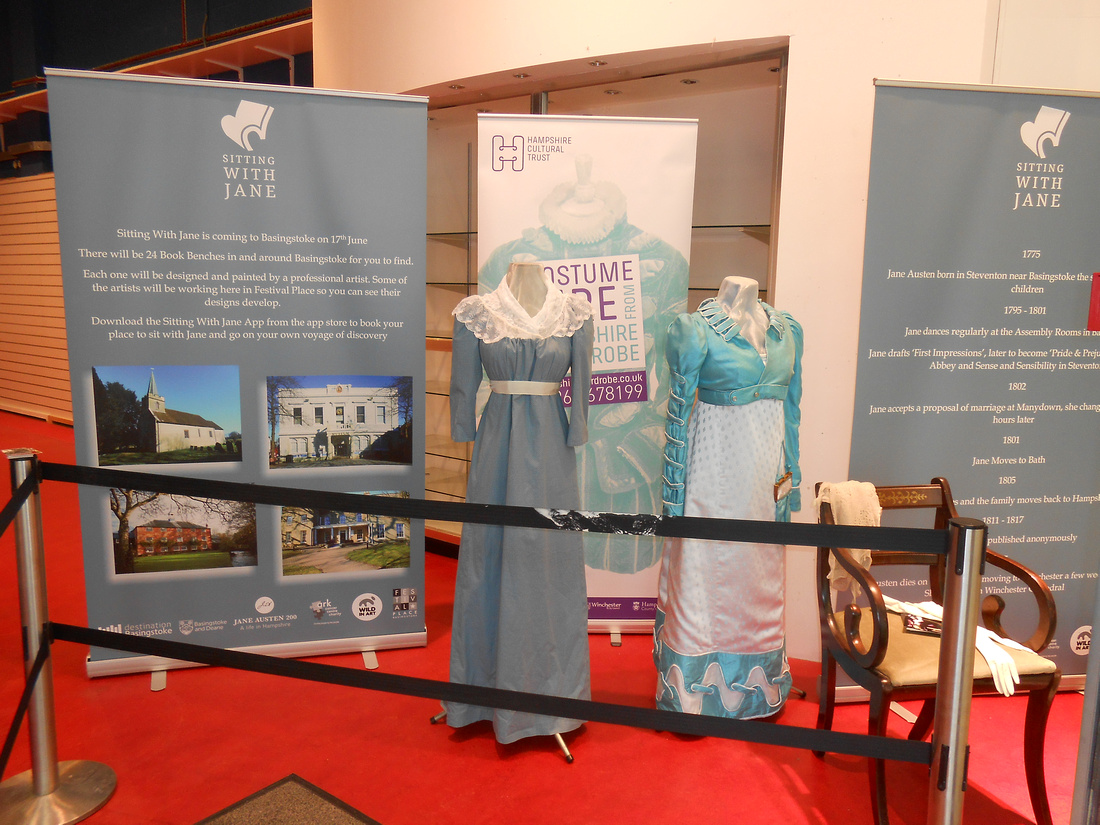