Snowdogs Discover Ashford is a free public art trail coming to Ashford, Kent, this Autumn, featuring 35 giant Snowdog statues, each one hand-painted by an artist. The trail runs from 12th September until 18th November 2018, and is a Wild in Art event, brought to you by Ashford Borough Council and Pilgrims Hospices.

Ipswich-based artist and speed-painter Lois Cordelia has been commissioned to paint two of the 35 giant Snowdogs for the trail, and will travel to Ashford, Kent, in July, to bring her designs to life during a three day public art demonstration (17th - 19th July) at County Square shopping centre. Lois welcomes an audience, so don't be shy - drop by, see work in progress on the two dogs and ask questions.

With so many events this year commemorating the 100th anniversary of the end of the First World War (1918), it is nevertheless easy to forget the 20,000 brave war dogs who were trained in dangerous front line duties, bringing first aid to the wounded, alerting soldiers to enemies, leaping across trenches, carrying messages between outposts, pulling machinery and equipment, and boosting morale among the troops. Some wore gas masks and had food, water and medical supplies strapped to them. Some became decorated with war medals. Lois's design Lest We Forget the War Dogs (1918-2018) is especially inspired by a quotation from a 1916 newspaper, which observes: "A watchdog never barks; at the most he will use a low growl to indicate the presence or approach of a hostile force. More often than not the mere pricking of the ears or the attitude of expectancy is sufficient to put his master on his guard."

Lois remarks: "I've never had dogs of my own, though have often looked after other people's and witnessed their loyal devotion. Many of the dogs of WW1 were beloved family pets, who were sent away to be trained for the war effort. In researching war dogs, I was deeply moved by the stories and anecdotes I found, but most of all by photographs of the dogs, which brought the stories vividly to life. My design is based on a few of these references. I hope it will touch many hearts and remind people of how much we owe to the war dogs."

Lois adds: "Where else can you walk through a town centre and find a piece of history as startling as the WWI tank in the centre of Ashford? It seems especially meaningful and poignant in this centenary year, and fits with the commemorative theme of Lest We Forget the War Dogs (1918-2018)."

The design is generously sponsored by Ashford Borough Council and will be appropriately placed in Ashford Memorial Gardens for the duration of the trail. It will still be there on Armistice Day 2018. 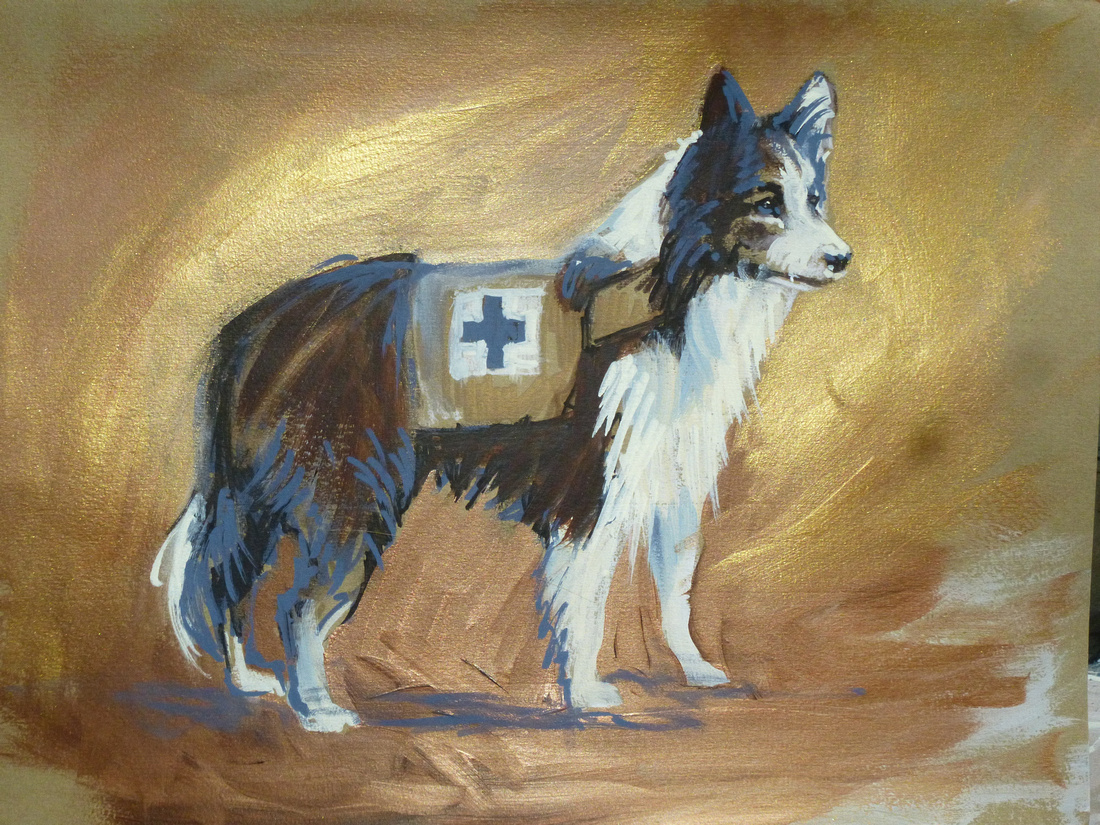 Kent is known as the 'Garden of England'. Lois's design Goldie is inspired by her love of painting landscapes and garden scenes using gold, shimmering and iridescent paints to evoke the beauty of every season. Goldie is generously (and appropriately) sponsored by Golding Vision, the community development arm of Kent housing association, Golding Homes, who suggested the name Goldie, as an affectionate pet name for the Snowdog.

The saying goes, a dog (even a Snowdog) is not just for Christmas, but loyally accompanies our footsteps throughout the year. A dog can be your best friend but needs to be loved and cherished. Walking is a great way to show your love, not just for your dog but for yourself, too, and what better way to witness the beauty of Nature changing throughout the seasons than to head outside! 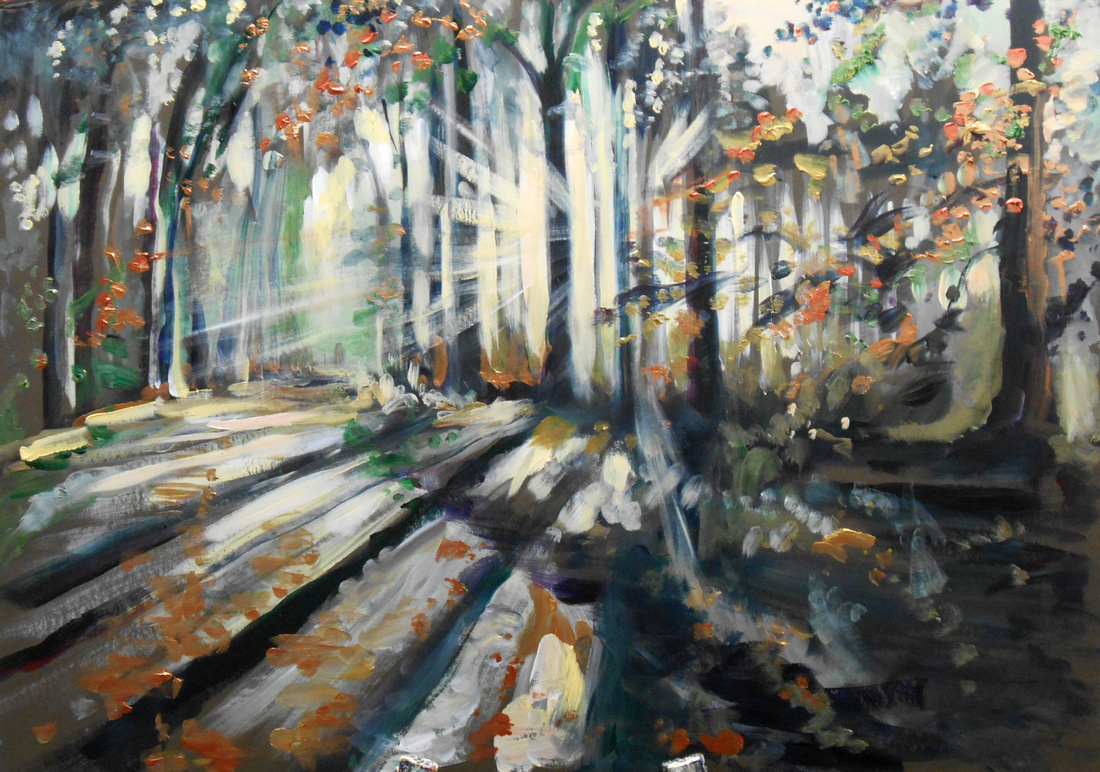 Lois remarks: "I'm happiest working live in public, especially in the company of other artists. There is a completely different dynamic when creating live, talking with people while I paint, absorbing ideas and inspiration. Come and see me at work on my two Snowdogs between 17th to 19th July at County Square shopping centre – I look forward to meeting you!" 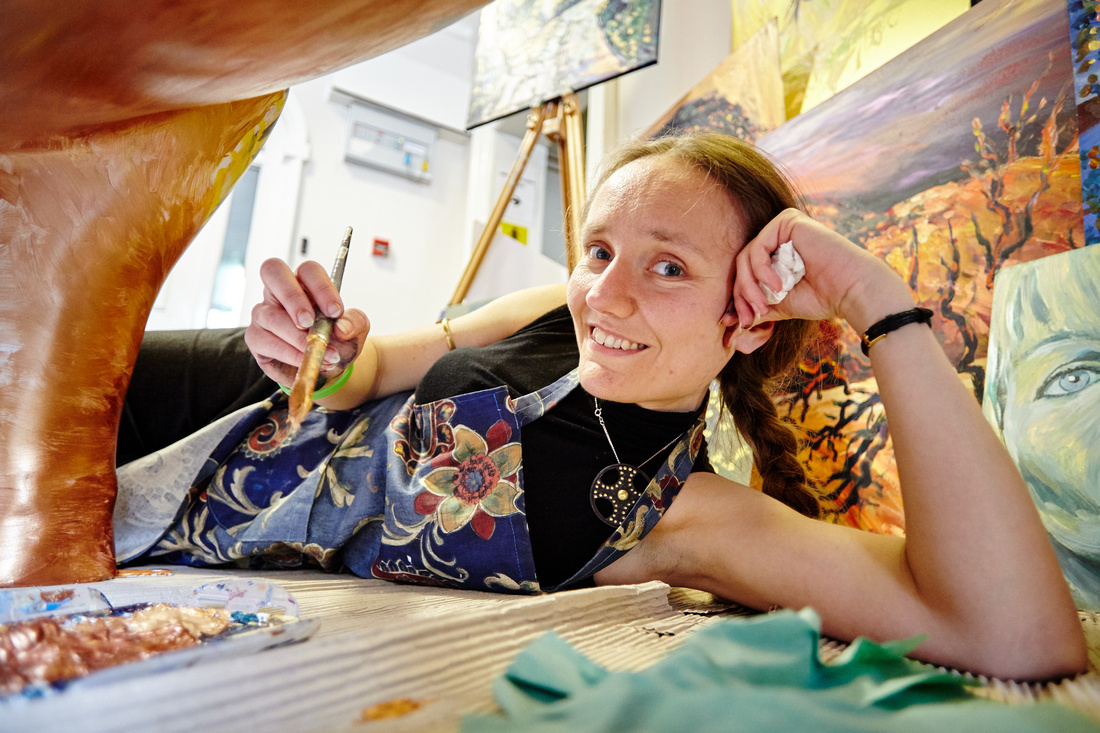 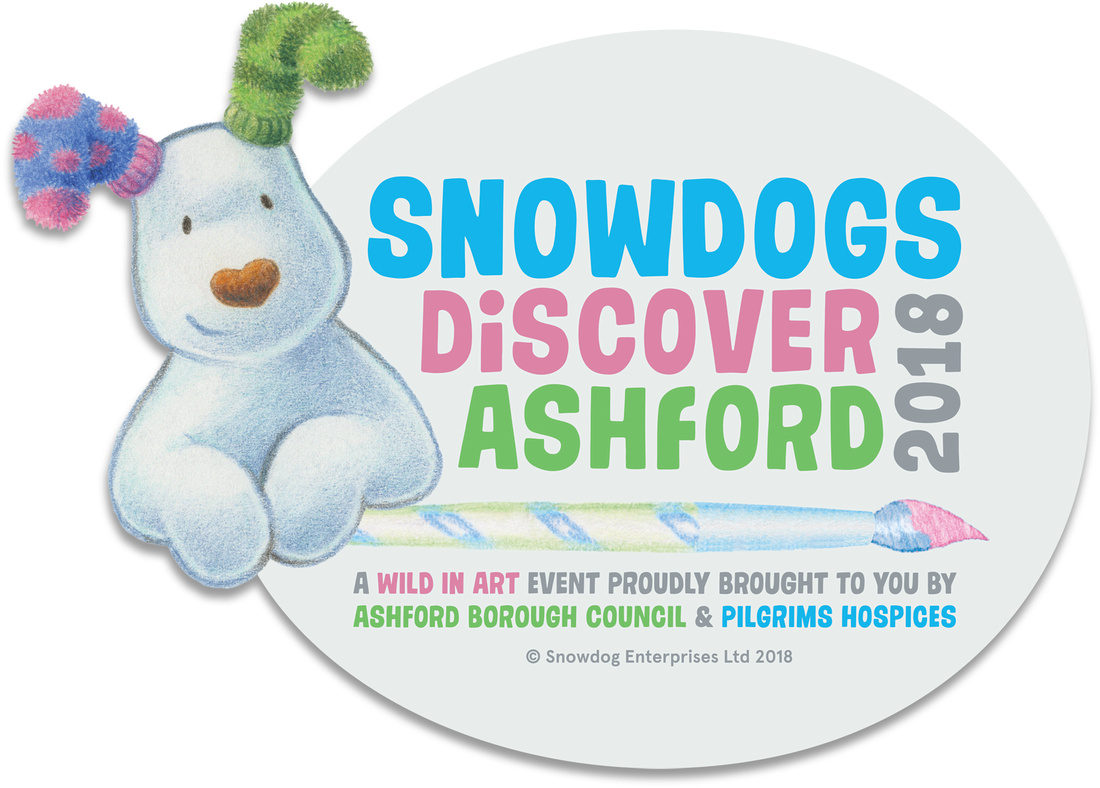 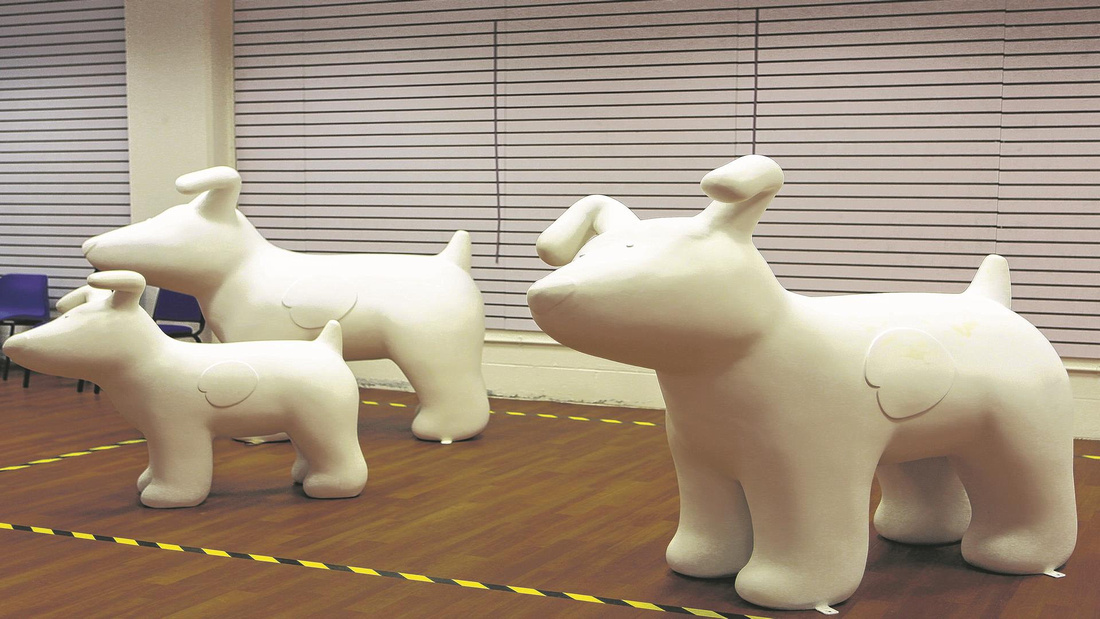