The Cambridge Window Wanderland is a community arts project that aims to bring light into one of the darkest times of the year. From early January 2022, windows of offices, libraries and other venues across the city will host temporary silhouette and papercut art installations by various artists. The public display ends on the 23rd of January.

Ipswich artist and papercut specialist Loïs Cordelia is one of four artists commissioned by the Cambridge BID to create a Window Wanderland installation for ground floor windows on Station Road, a key route for commuters and tourists into the city, directly opposite Cambridge Rail Station. Loïs has reimagined three favourite iconic Cambridge landmarks as a trio of giant paper-cut tableaux: the fountains of the Botanical Gardens, the Fitzwilliam Museum facade, and the Bridge of Sighs. Each of the three designs measures 220 cm high by 142 cm wide and is currently (until 23rd January) installed on public view in the street level windows of the 50/60 Building on Station Road. 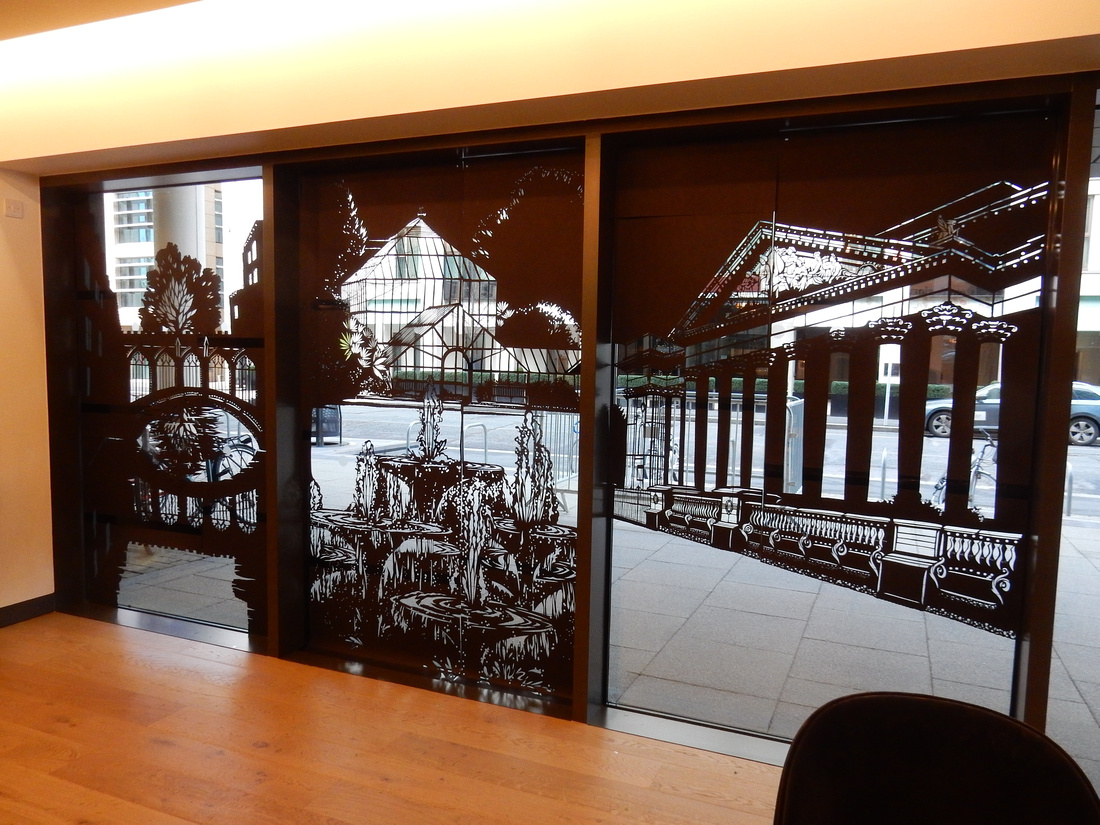 Loïs remarks: "I've been cutting out of paper since high school days. My usual preferred tool is a surgical scalpel, as most of my paper-cut artwork tends to be relatively small scale and extremely intricately detailed - to the point where I sometimes need a magnifying glass and even have to stop breathing while I cut out! These giant Window Wanderland designs are by far the largest paper-cut artworks I've ever done, hence I had to work in a much looser style, using not only a scalpel but also scissors, pattern shears and various sizes of hole punch in order to speed up the process, as I only had a week or so in which to create the entire set.

"I'll admit, the sheer scale of the project was quite daunting but I always love a challenge. I taped together multiple sheets of A1 size black card, which is much more durable than the paper I normally cut out of but also much tougher to slice through. I had to completely rearrange my studio furniture in order to have a blank wall big enough to suspend each design and be able to step back from it to see how the design was shaping up while I sketched it out. As an artist, I love the challenge of creating the illusion of perspective to lead the viewer's eye into the picture, but in order to get the angles right I need to be able to step back from my canvas and see it from a distance. This was particularly important in the case of the neoclassical portico of the Fitzwilliam Museum." 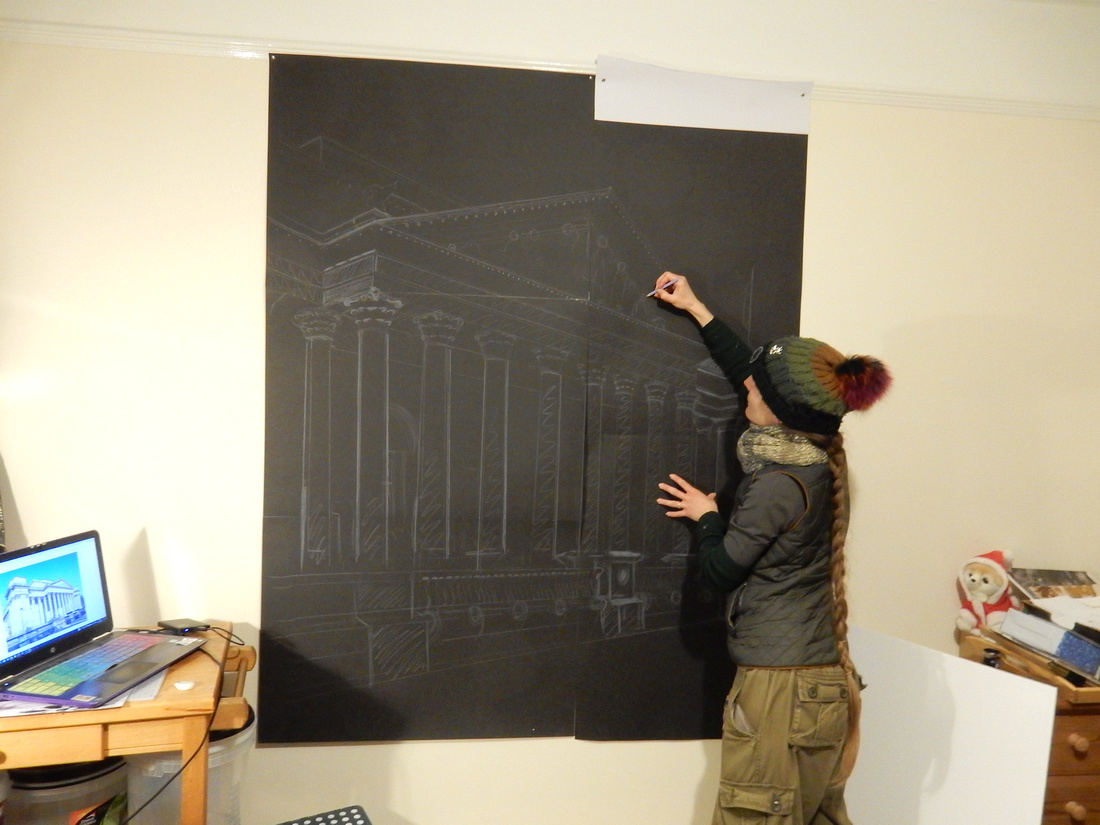 "After sketching out, I took each section down and laid it across my cutting mat to cut out the negative shapes, being very careful to avoid tearing the card in the process. Every time I wanted to check how the overall design was progressing, I had to pin it back up on the wall - it was quite a work out! But bit by bit, cut by cut, each design emerged. My studio floor soon became covered in thousands of randomly shaped bits of black card.

"I travelled to Cambridge on the 4th of January to install the trio of giant paper-cuts in the ground floor windows of the 50/60 Building. It was the first time I'd been able to see them against an illuminated backdrop as I'd intended them. I was relieved to find I'd got the measurements correct after nearly a week of cutting out! I was really pleased with the results. I particularly like the way that you can sit inside and see people walking by and cars and buses passing through the paper-cuts - it adds an interactive dynamic to the artwork. I hope that people will enjoy seeing the pieces and feel uplifted and inspired. Anyone can take part in the Window Wanderland - all you need is an illuminated window, some paper, scissors and some way of temporarily fixing the silhouettes on the inside of the glass. Why not have a go?" 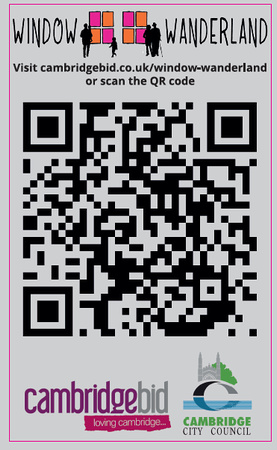 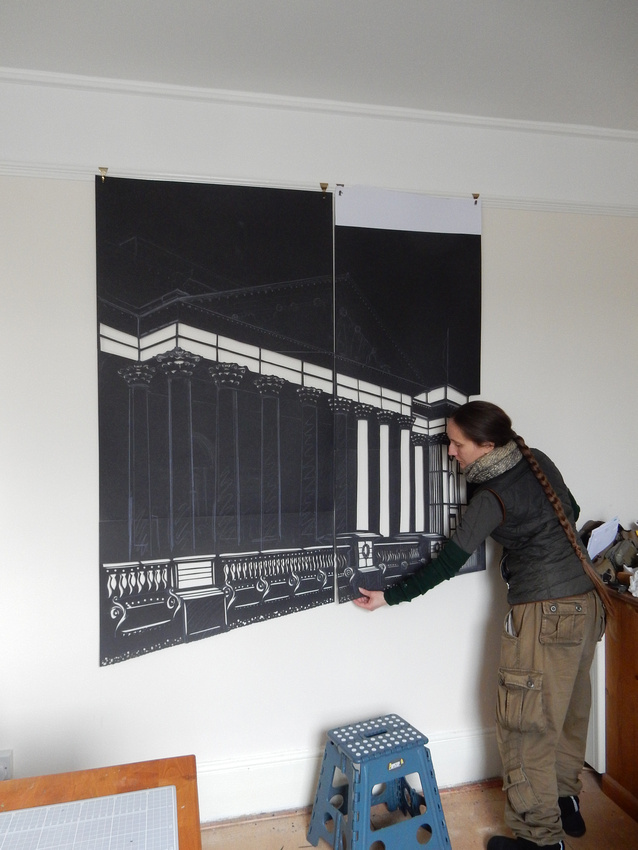 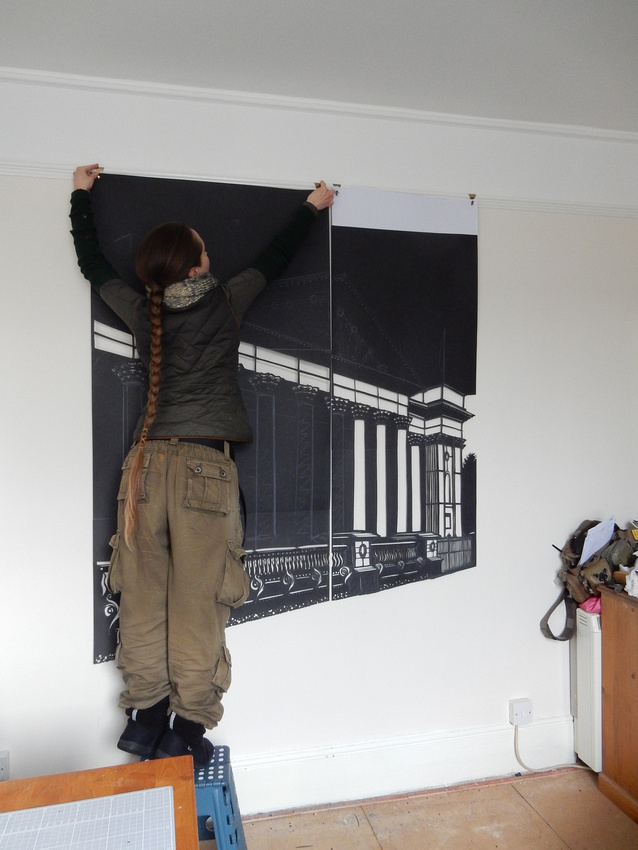 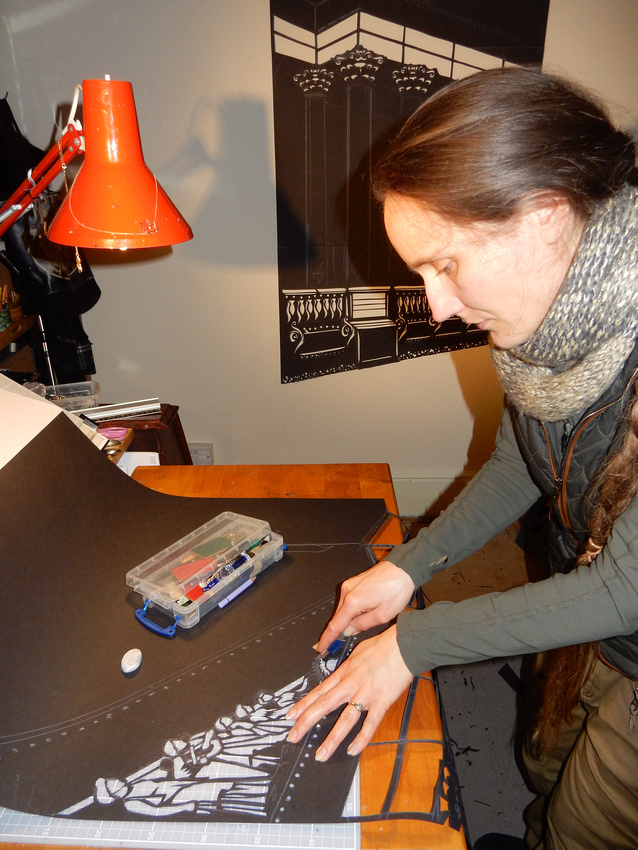 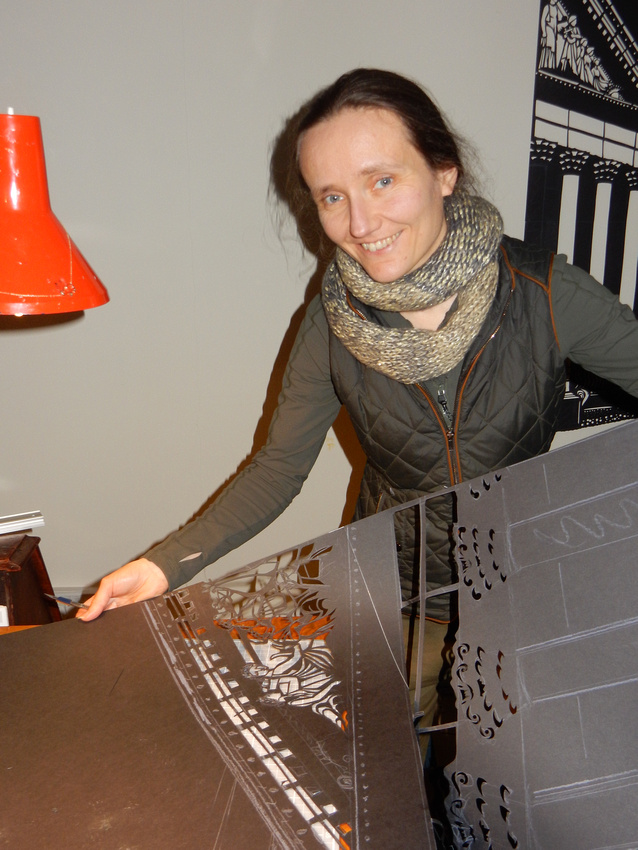 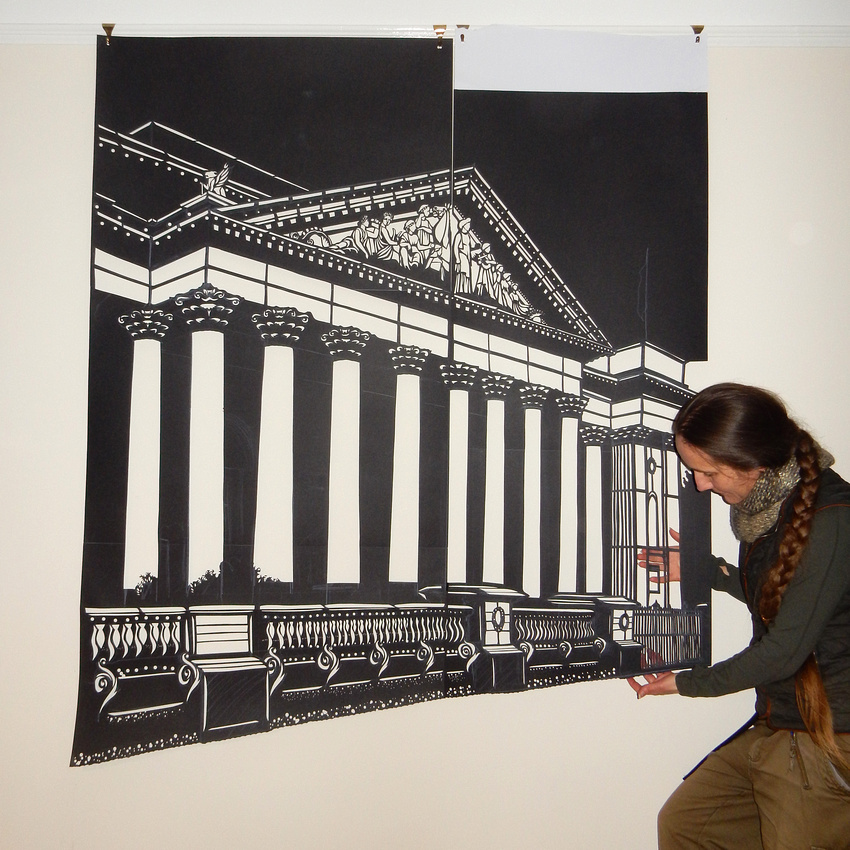 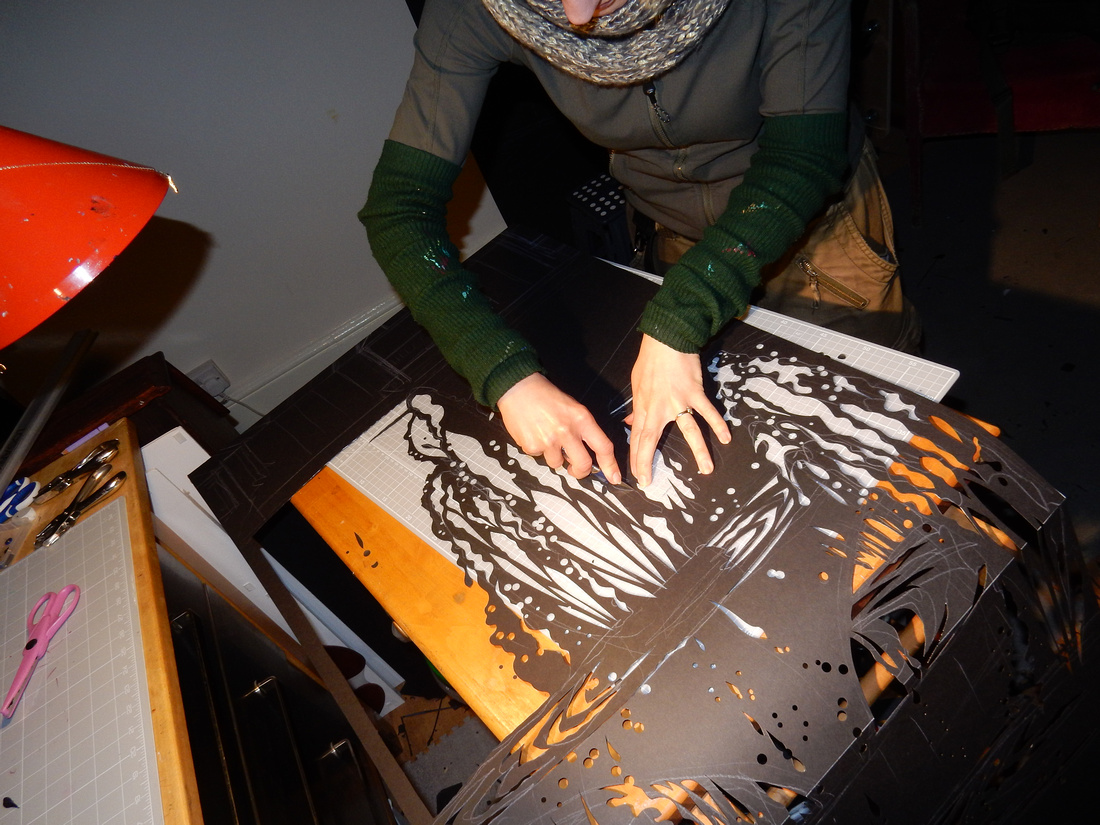 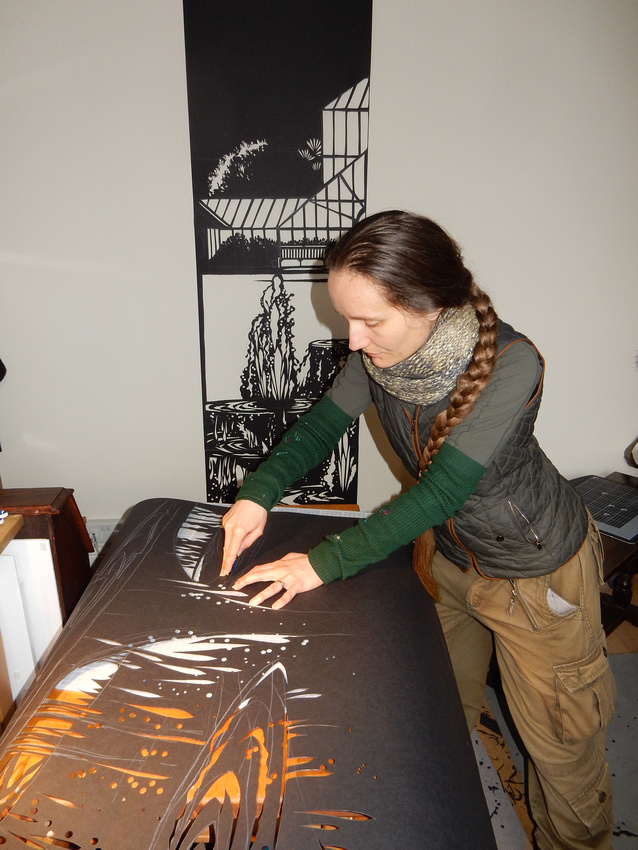 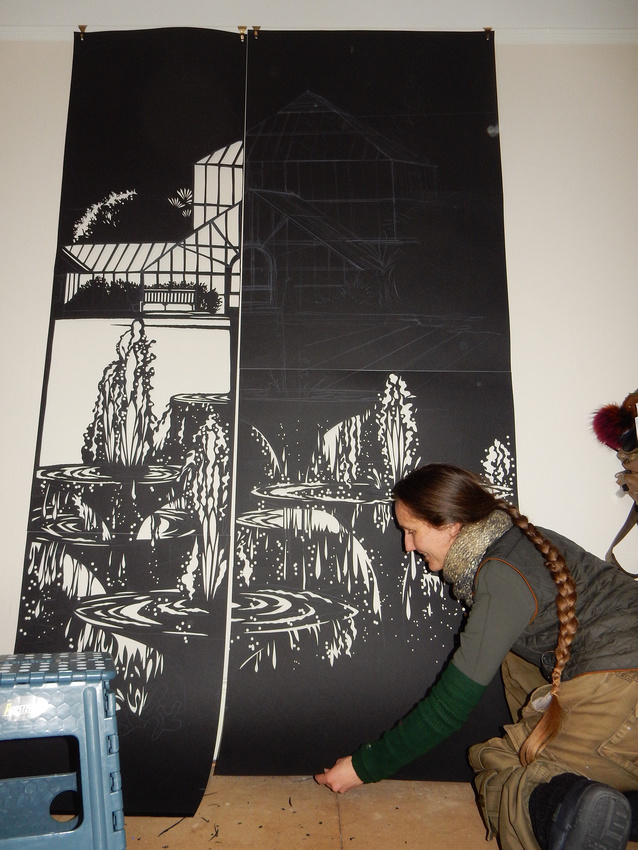 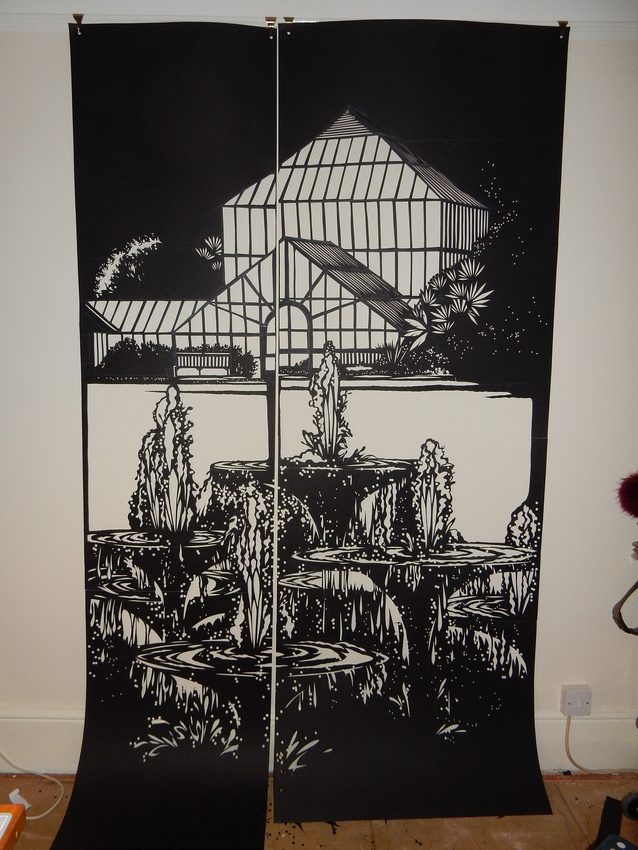 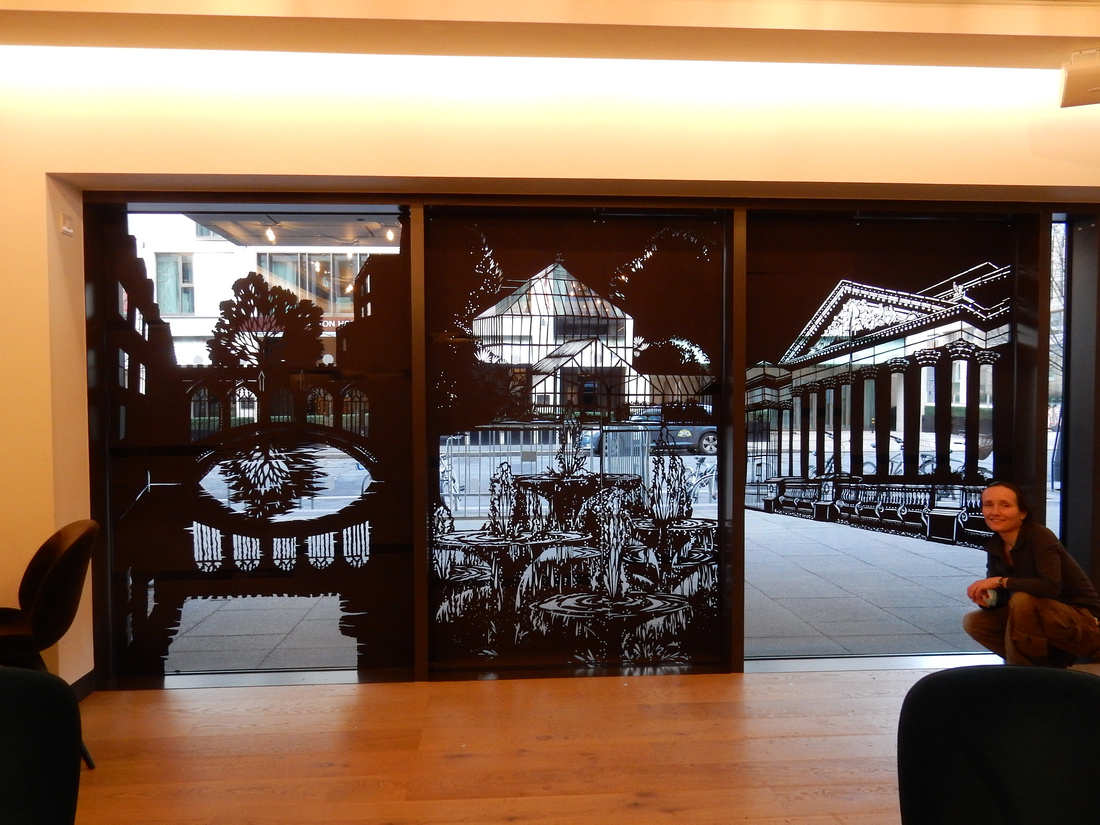 From outside looking in - photo credits: Maggie Bennett - used with kind permission: 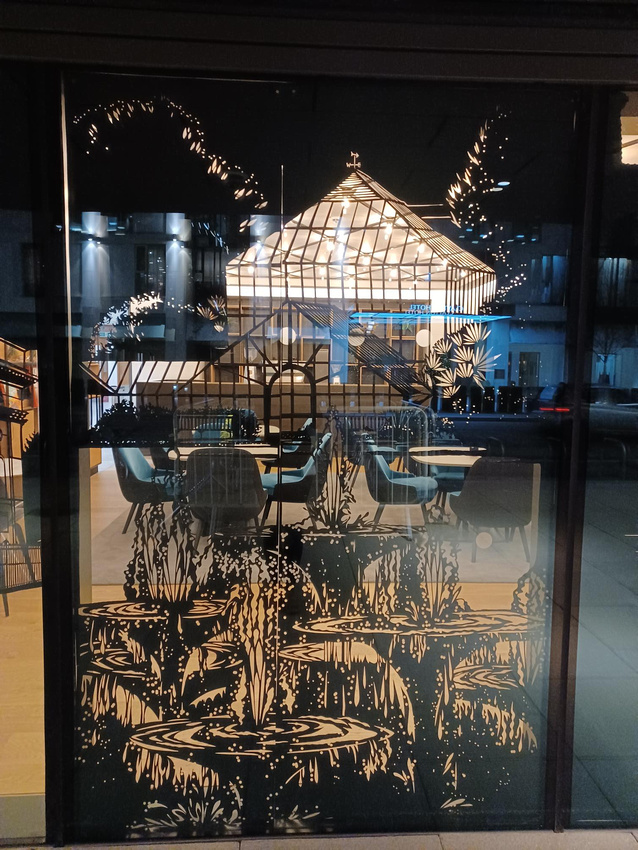 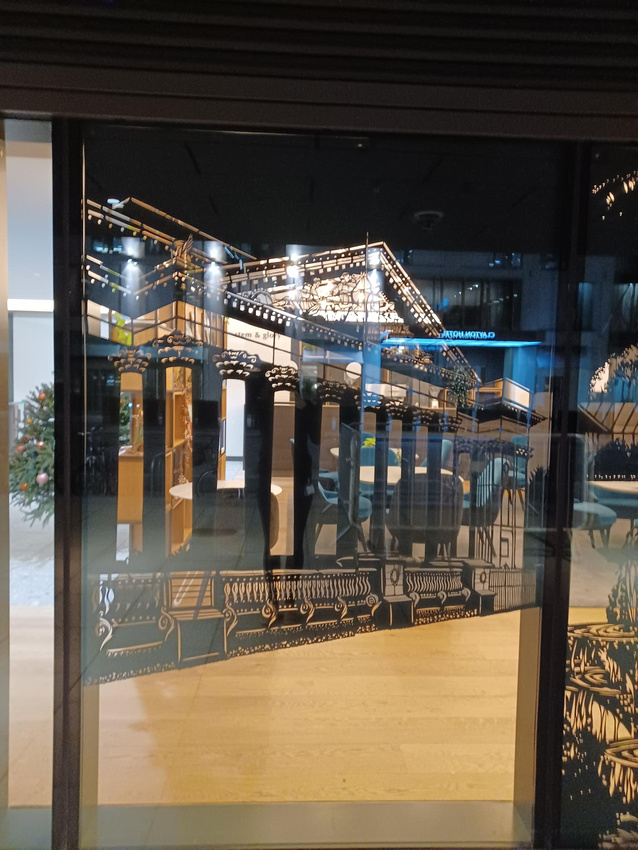 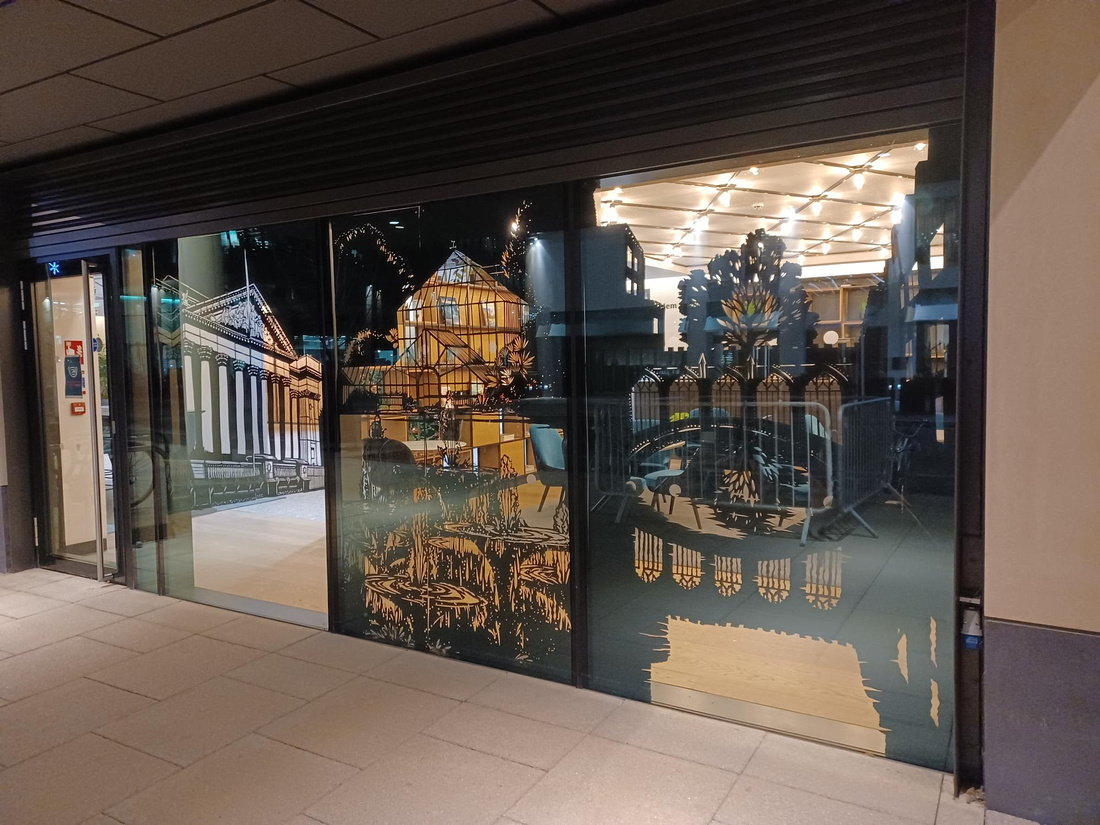 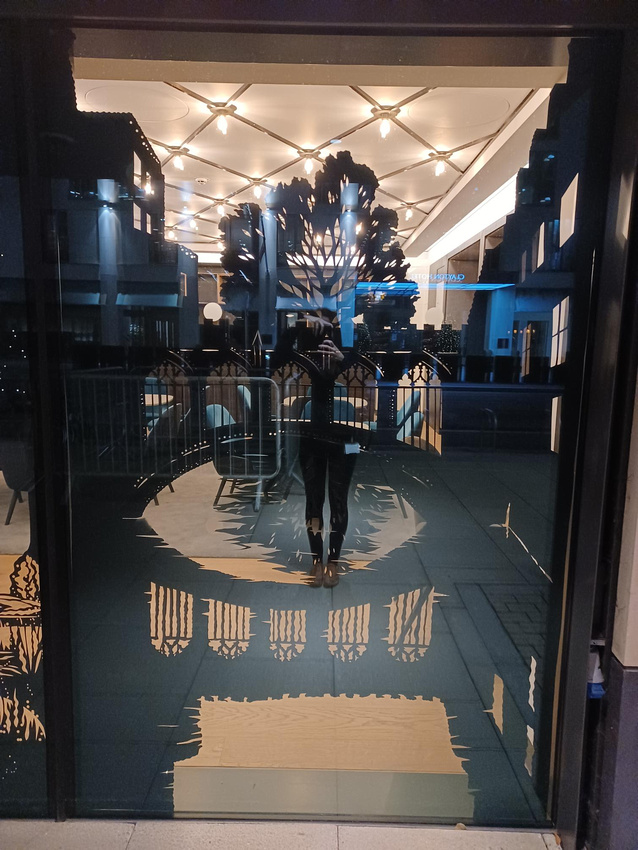