Your chance to WIN this Owl

Following the success of Pigs Gone Wild 2016 and Elmer's Big Art Parade Suffolk 2019, Ipswich will host its third sculpture trail this summer: The Big Hoot 2022. A flock of fifty Owl statues will appear on the streets of Ipswich, each one painted or otherwise transformed by a different artist.

Local artist, speed-painter and self-confessed night owl Loïs Cordelia has painted an Owl that features some of her favourite floodlit scenes of Ipswich by night, rendered in a painterly, impressionistic style using lots of iridescent paints, a large brush and palette knives to give a layered effect. Much of the fine detail is scratched back into the paint.

The design is called Nocturne. Loïs writes: "A nocturne is a composition (usually musical, but occasionally visual) inspired by the night. Being a night owl myself and an artist, I love painting floodlit nocturnal scenes. Here are some of my favourite Ipswich townscapes by night." Nocturne is generously sponsored by Ipswich Borough Council. 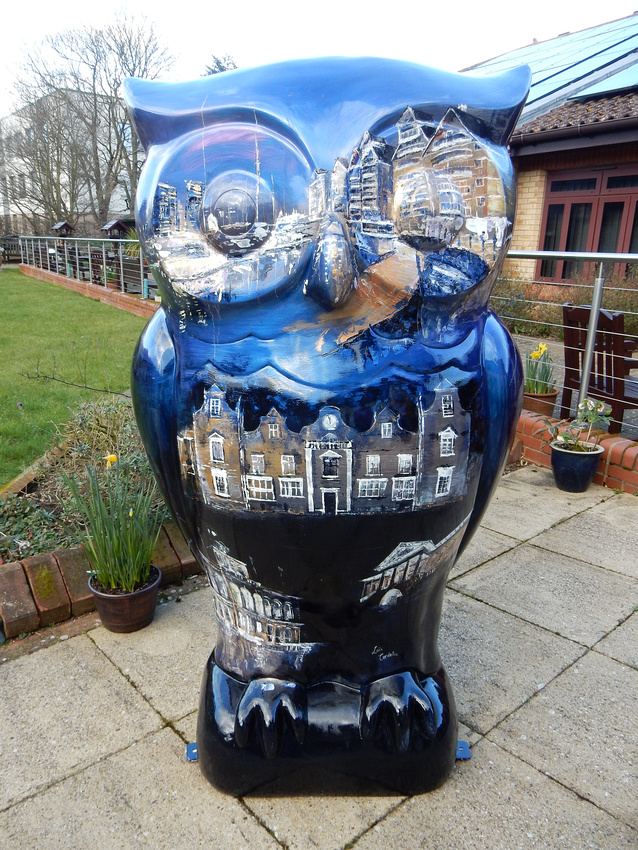 Unusually, this particular Owl will not be auctioned after the Big Hoot Ipswich trail ends in September. Instead, it is being raffled with £5 tickets, to support St Elizabeth Hospice. For your chance to WIN Nocturne, go to LuckyTicket. The raffle runs from now until September. Nocturne was unveiled at the Ipswich Town Hall last weekend, as part of the Reunion event, bringing together a number of Pigs, Elmers and a couple of Owls.

Nocturne is Loïs's thirtieth public art design since 2016 when she painted a golden Pig called Pig-geswyk. 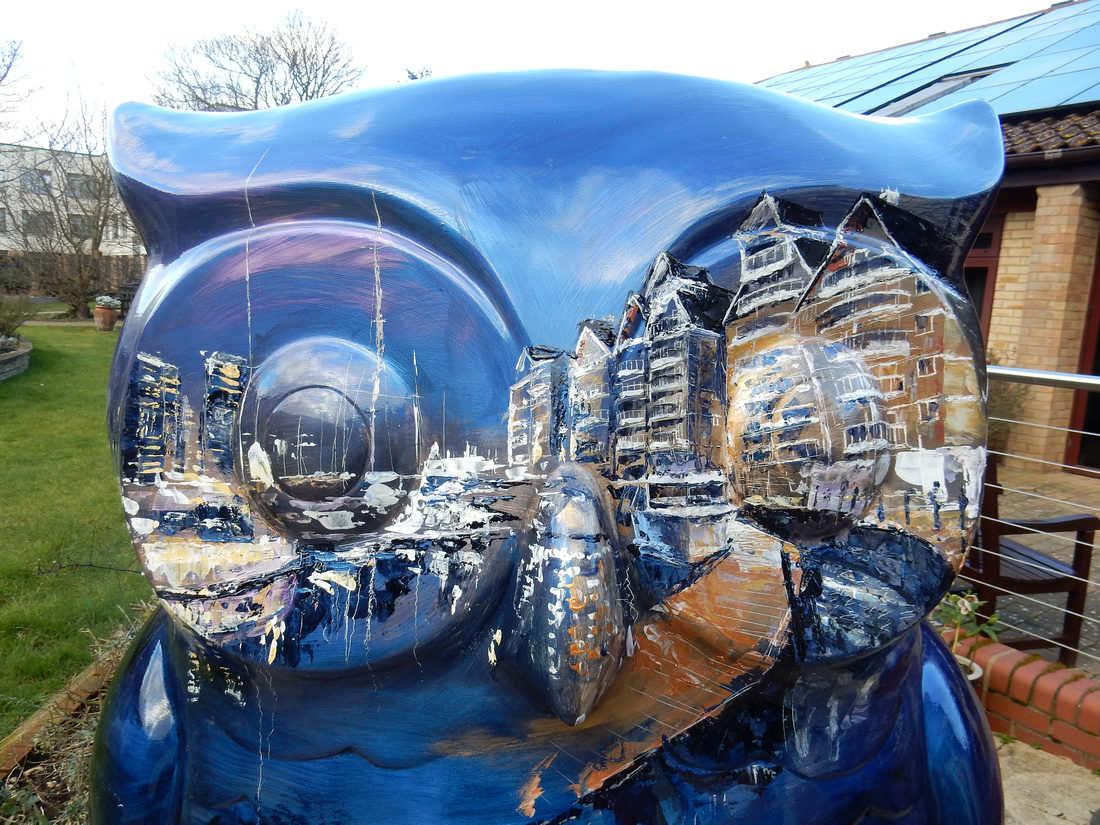 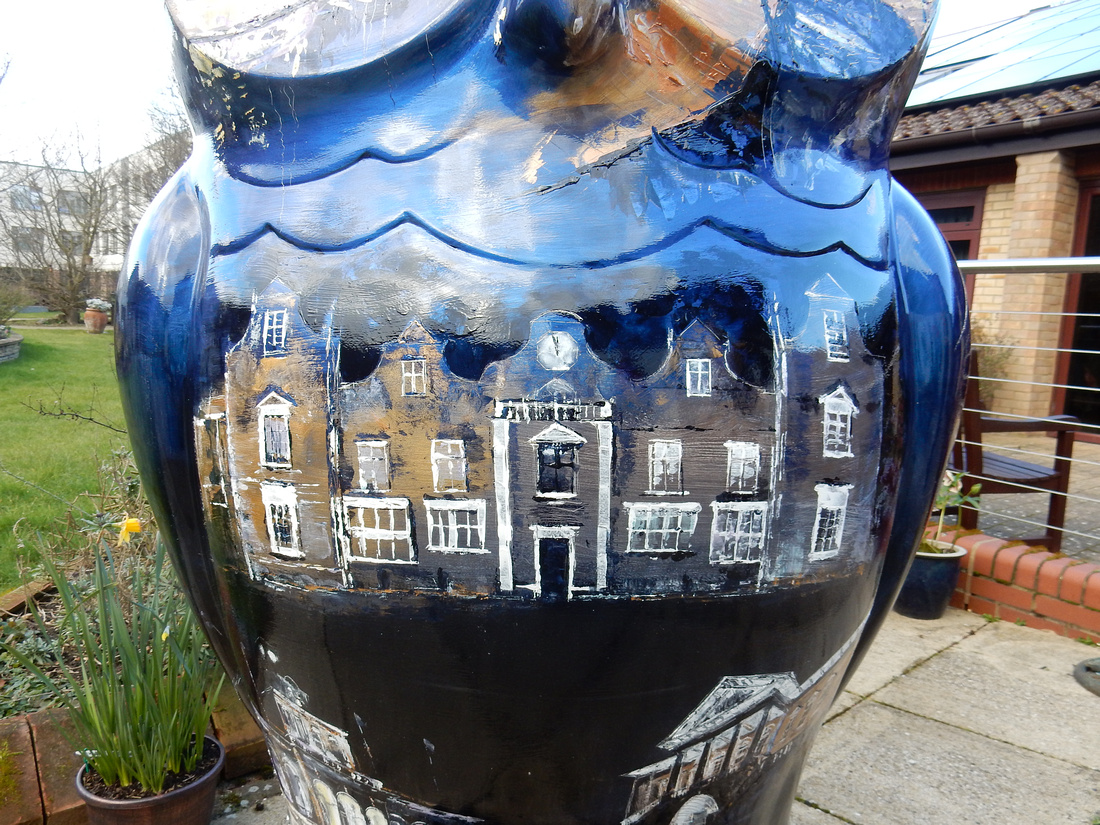 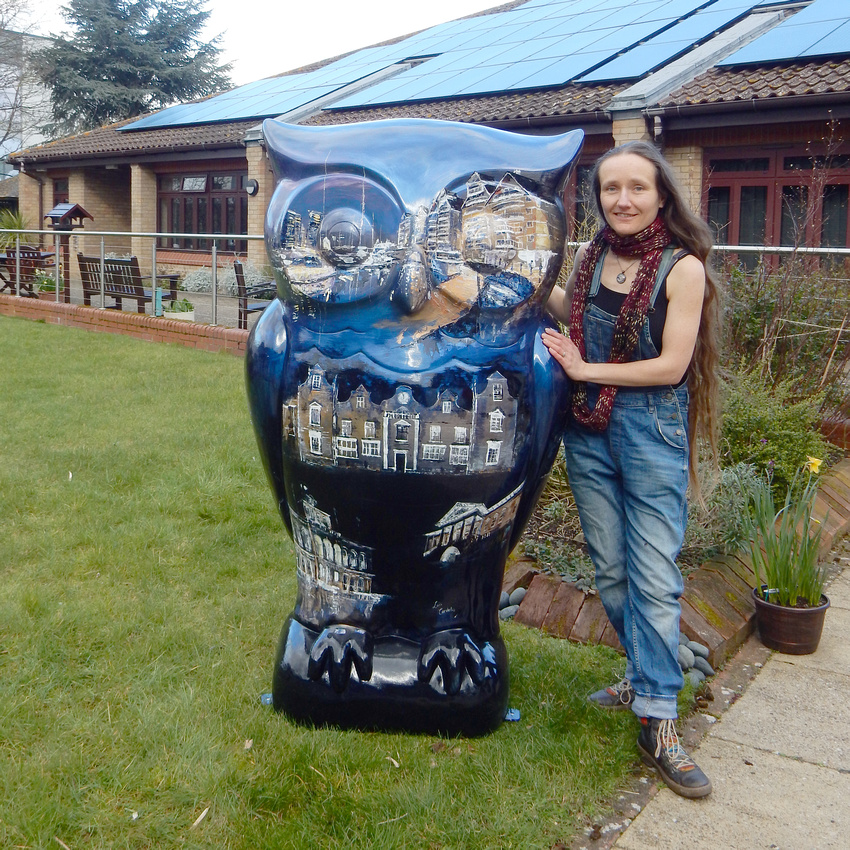 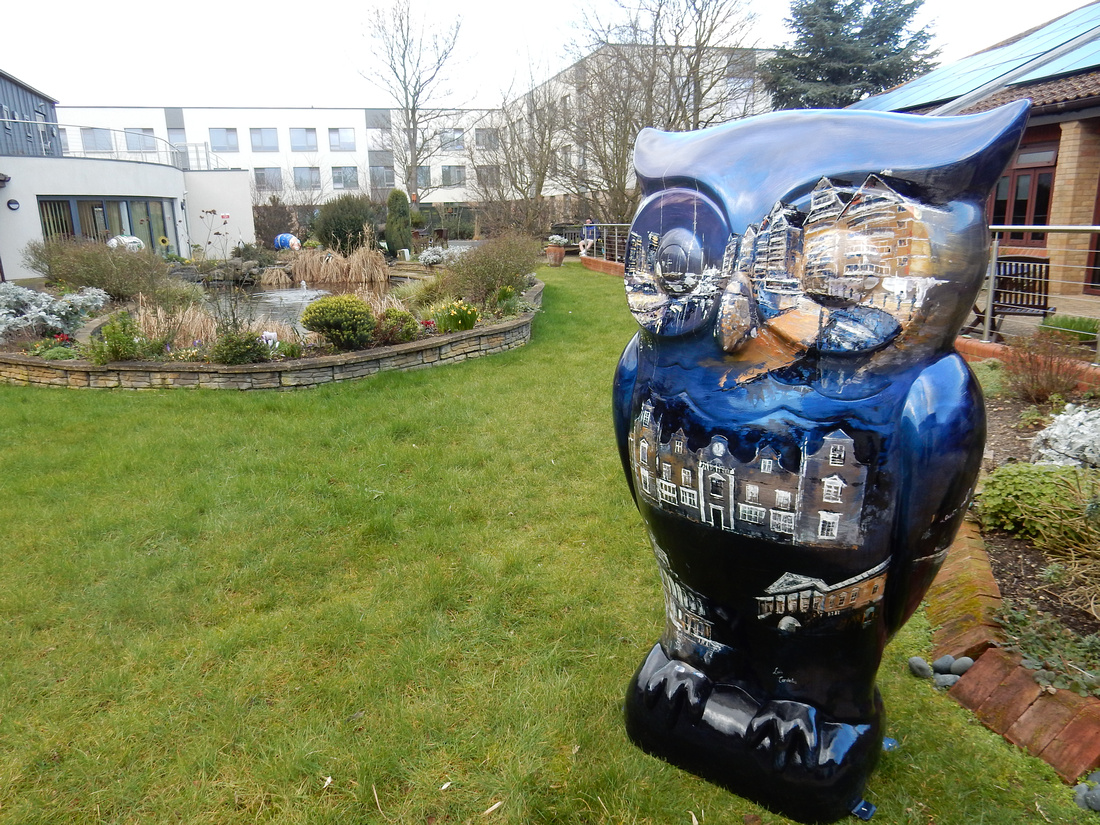 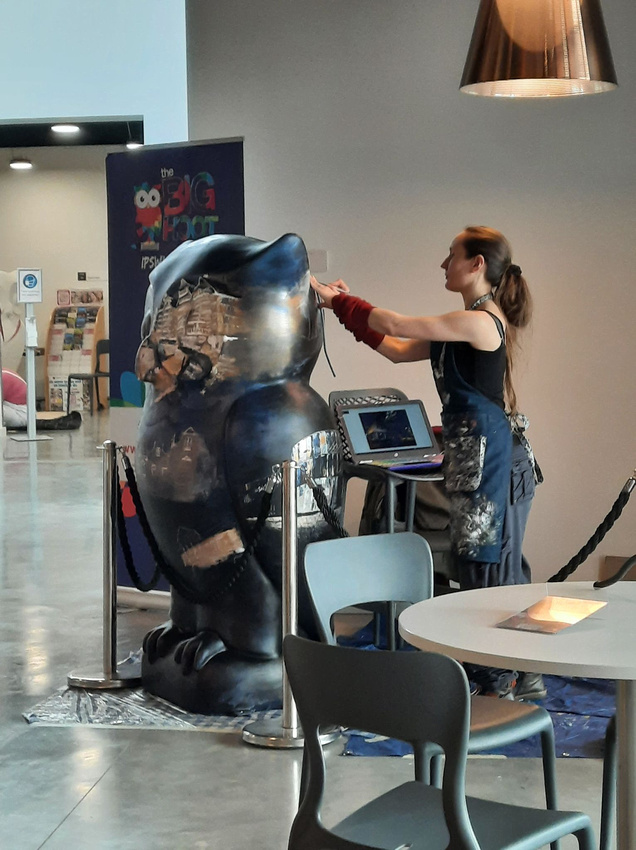 Above: Loïs Cordelia at work on Nocturne at the Hold (Suffolk Archives) last month. Photo by Nigel Smith, used with kind permission. 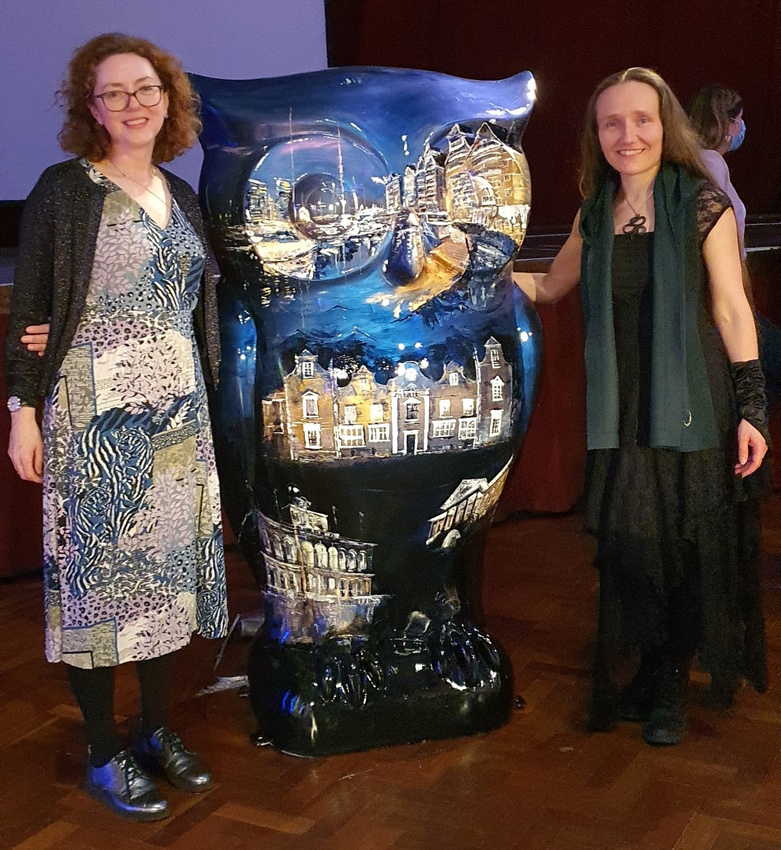 Below: Loïs Cordelia with her partner and fellow Wild in Art artist Jasön Curtis 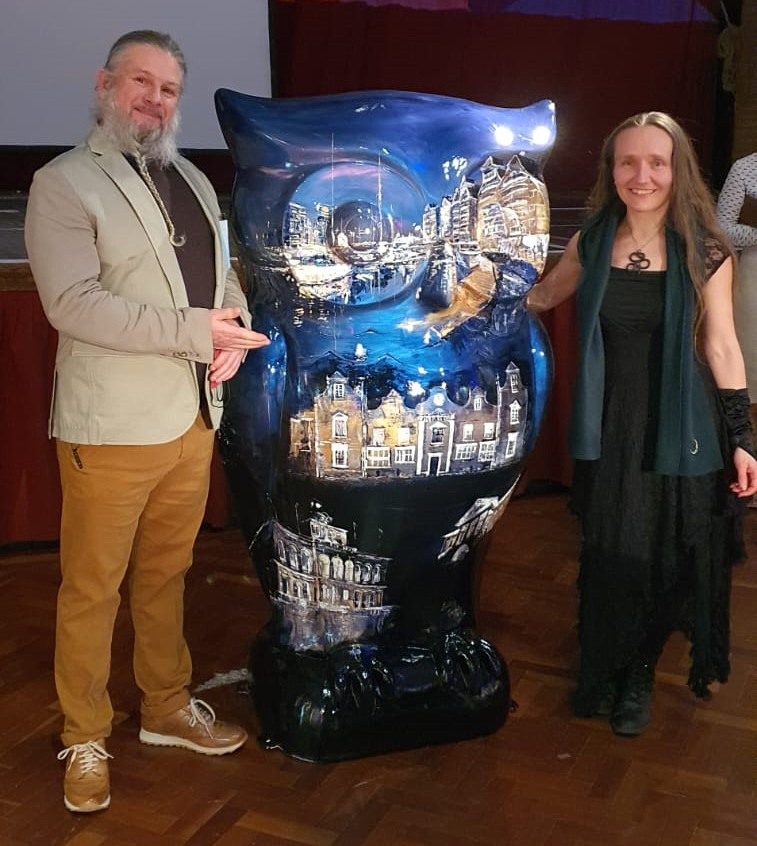