As part of her increasingly popular series of speed-painting demos, Lois Cordelia particularly enjoys the challenge of creatively re-imagining an existing canvas, that is to say, not simply obliterating the original image, but exploiting its potential to contribute expressively and aesthetically to a new work. On Thursday 7th April, she visited The Other Art Group at March Library, Cambridgeshire, where she performed two forty minute speed-demos, painting over unlikely choices of existing imagery on canvas. 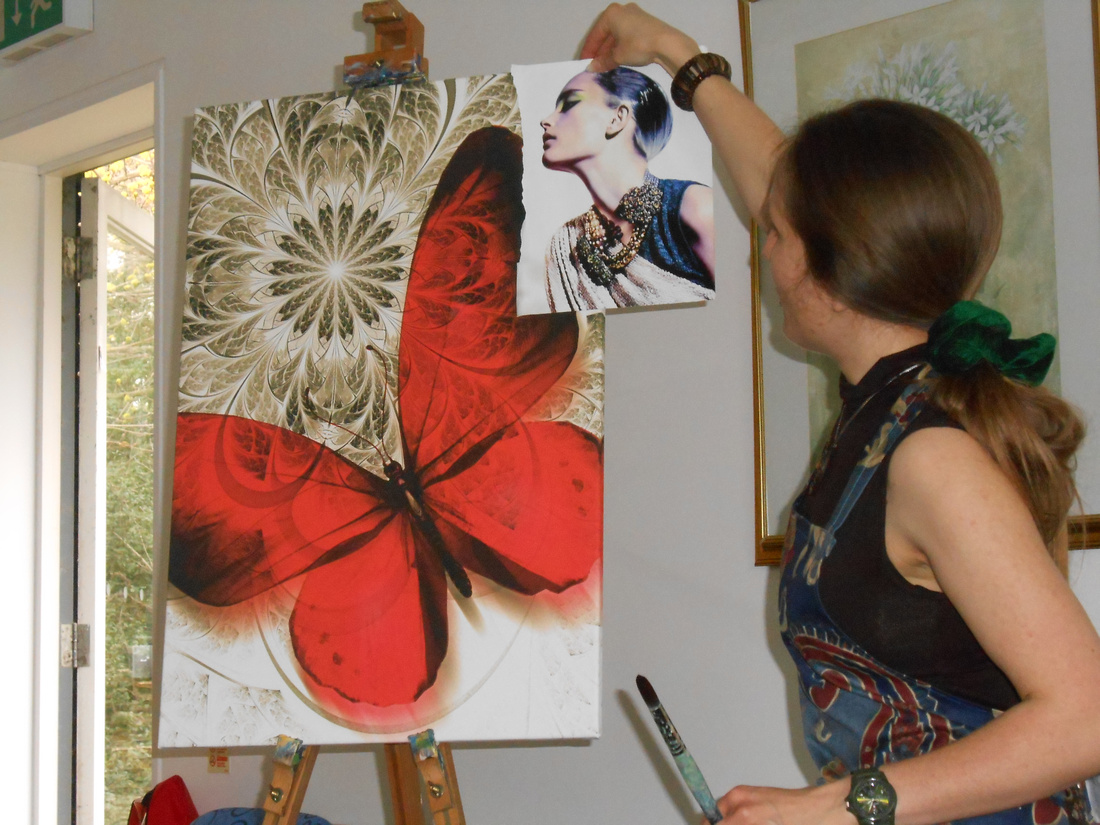 For her first demo, she chose a canvas print of a red butterfly on a complex fractal style background. Seeing the butterfly as a symbol of metamorphosis, she chose to paint over it an image that evokes the yearning of a human soul. Loosely basing her work on a photo reference (depicting a fashion model) that caught her eye because of its graceful sweeping lines of movement, Lois simultaneously reinterpreted both the photograph and the canvas, so that the end result is not only a creative fusion of the two images, but also a metamorphosis in its own right. Lois emphasises that this process relies on a fluid, flexible approach to painting, allowing parts of the original image to remain and contribute in unexpected ways.

A photographic series of work in progress is featured below. (With special thanks to Stan and Brenda for taking the photographs.)

For her second 40 minute demo, Lois chose a canvas depicting interplanetary space, generously donated to her by Tindalls Art shop, Colchester (where she frequently performs live art demos and leads workshops), for the express purpose of being "recycled". Arguably, in the spirit of our times, the process of reimagining an existing canvas that is being discarded during a clear out may be seen as a form of "creative recycling". Lois had previously "recycled" a similar canvas, by the same (unknown) artist, when she was asked by Tindalls to paint a scene of the street on which the art shop stands. This time, she had free reign in her choice of subject matter. The inherent themes of time and space and the distinctively repetitive yet escalating circular forms of the original composition put her in mind of architecture and music, specifically the haunting beauty of Gothic arches and columns. Her painting*, completed in about 40 minutes, is loosely based on a black and white photograph of the famous cloisters at the University of Glasgow. (*Please scroll down.) 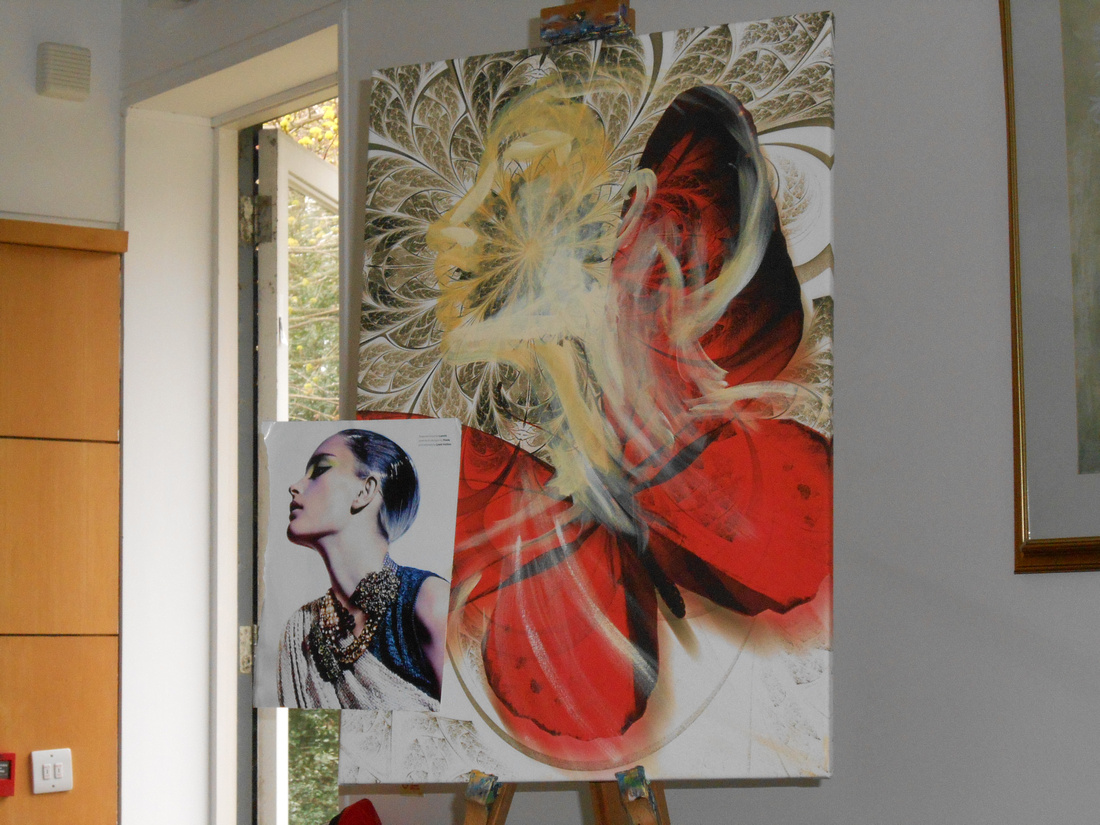 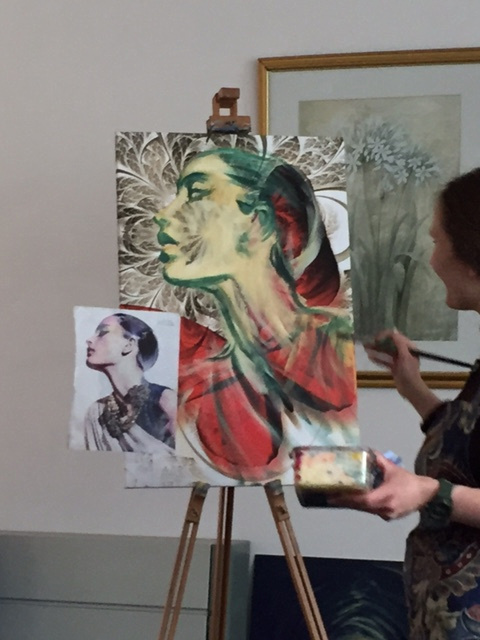 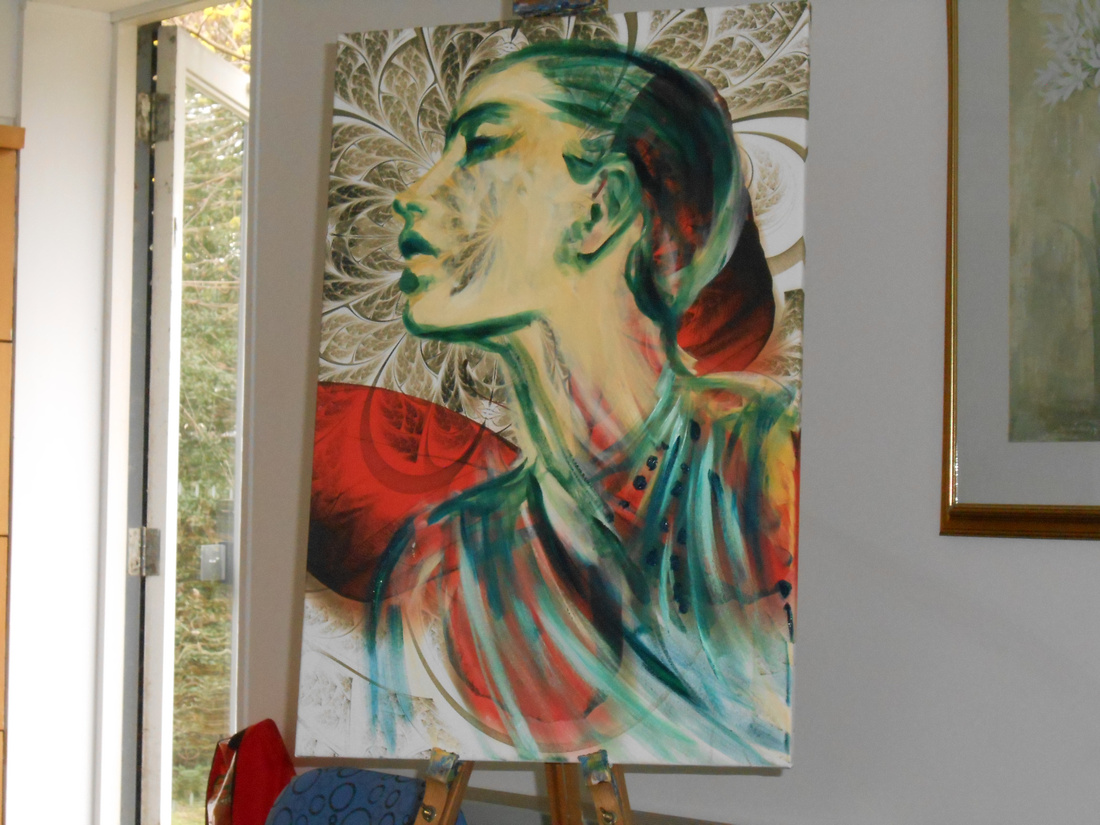 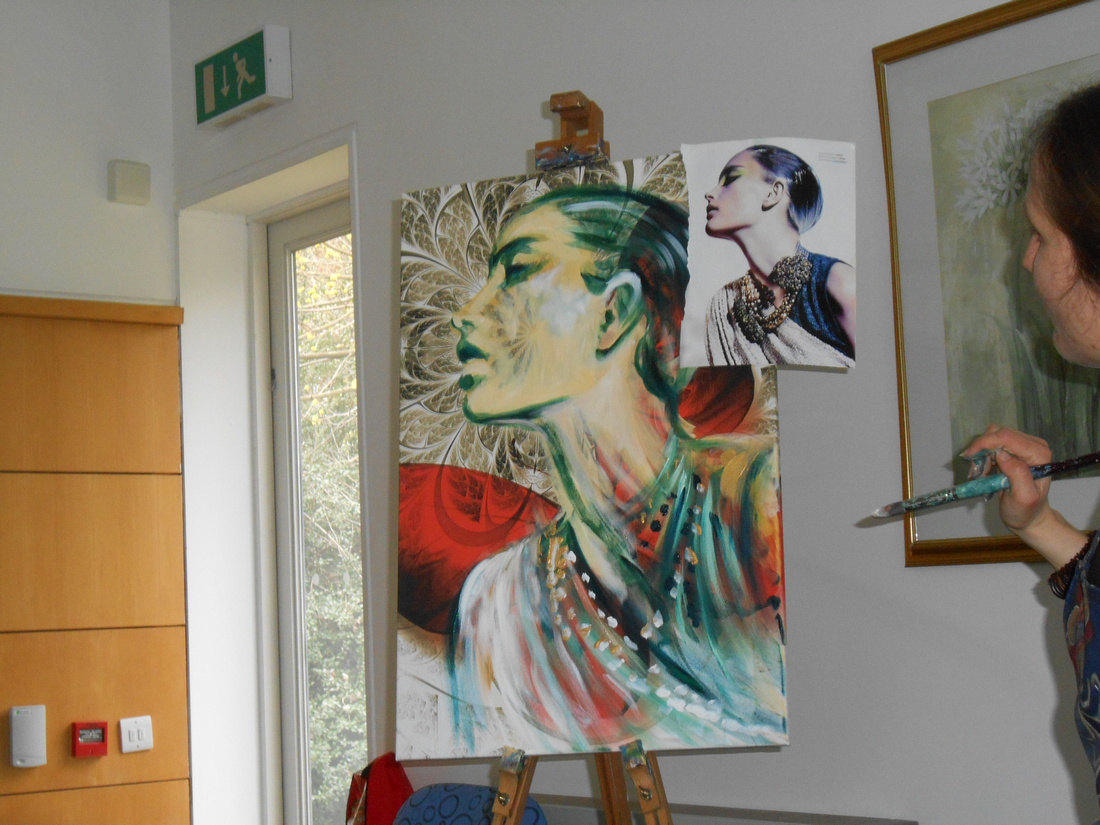 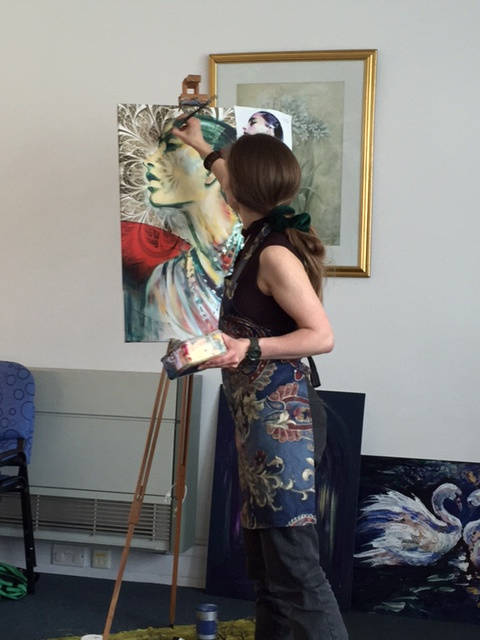 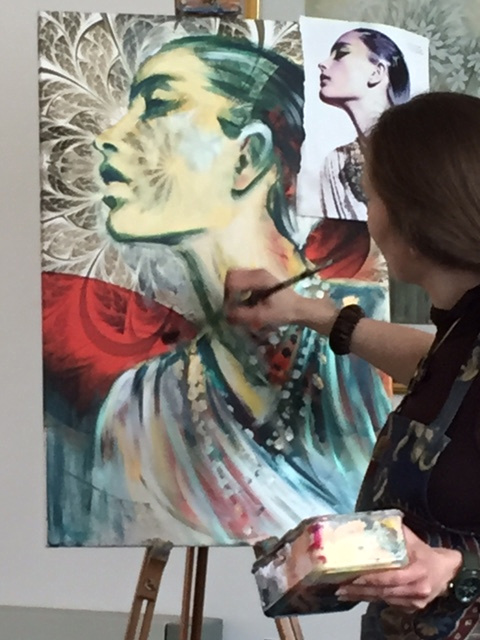 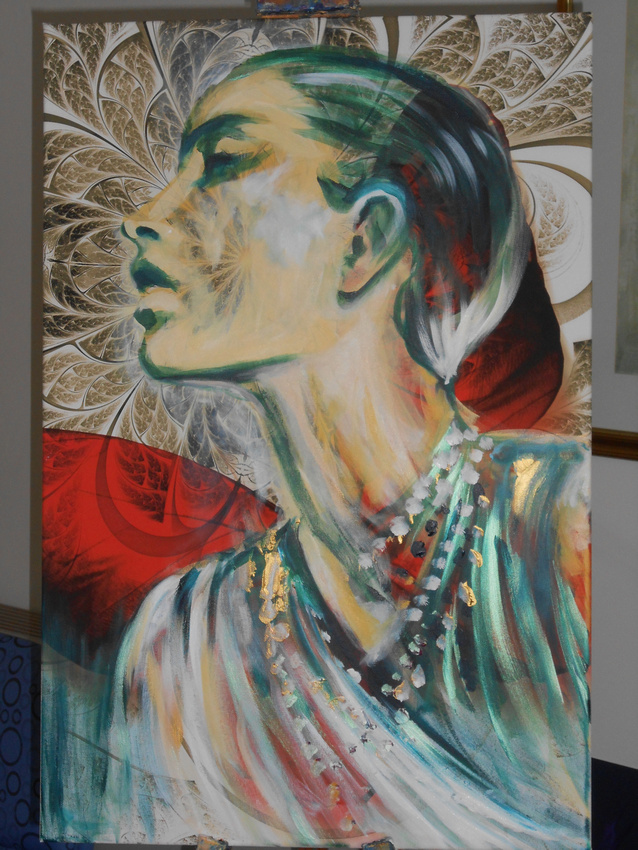 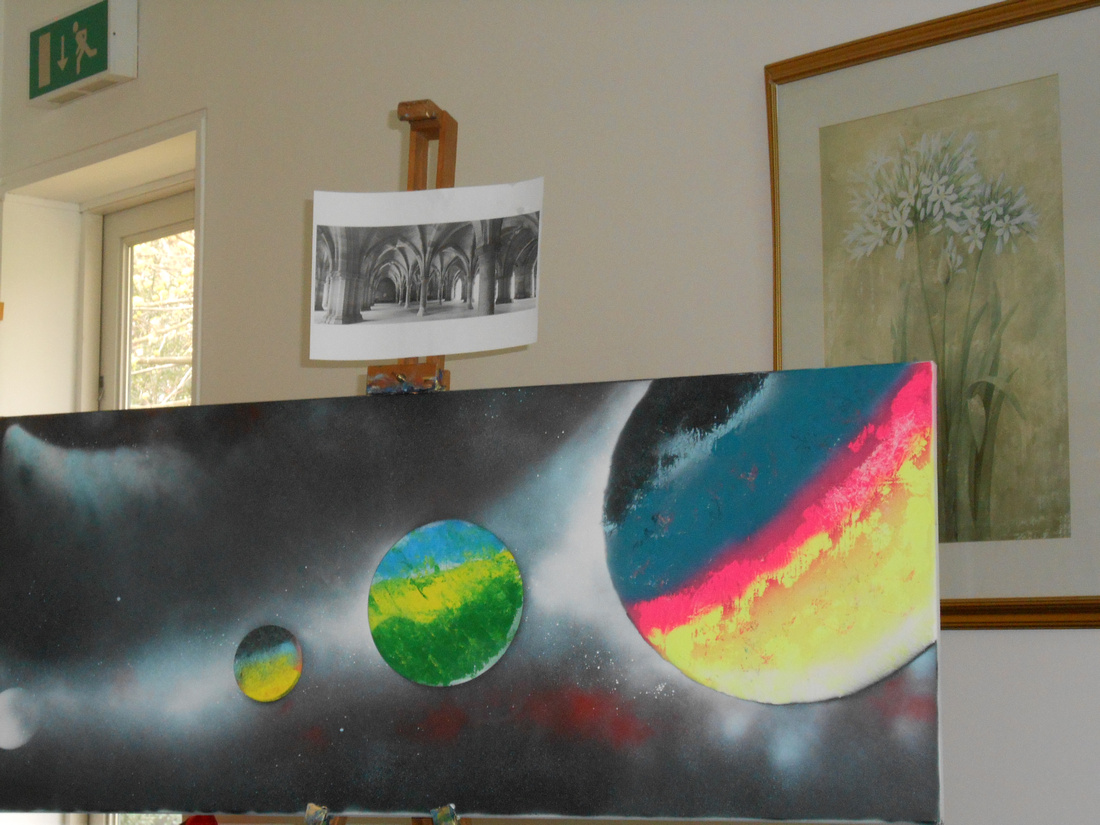 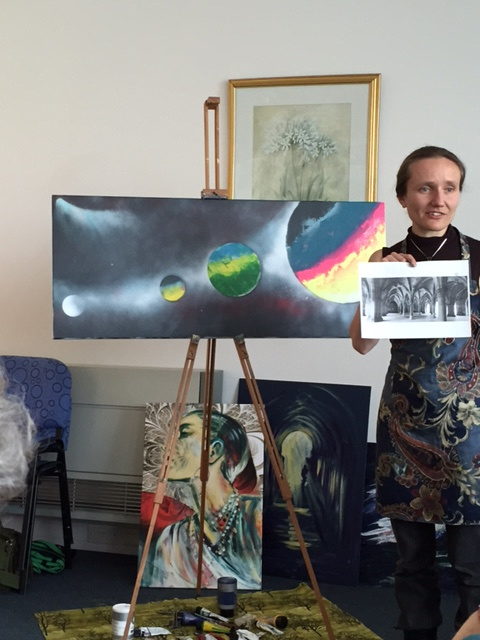 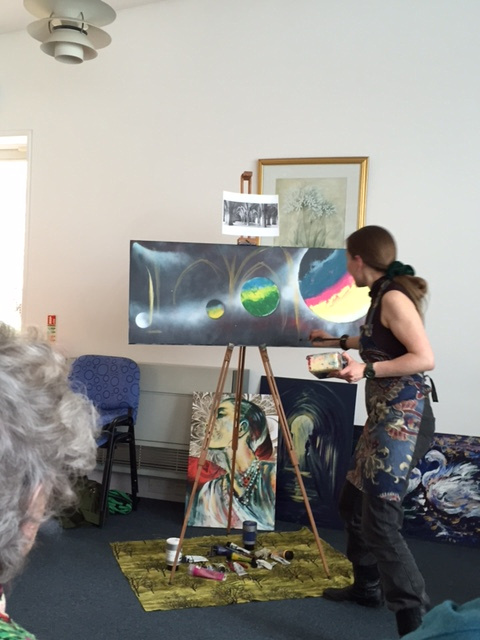 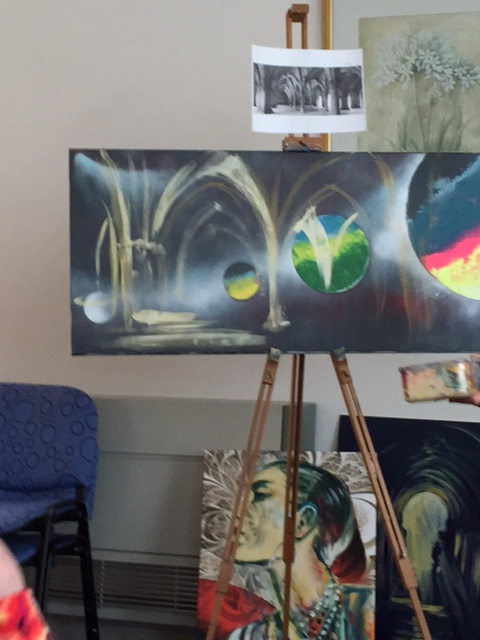 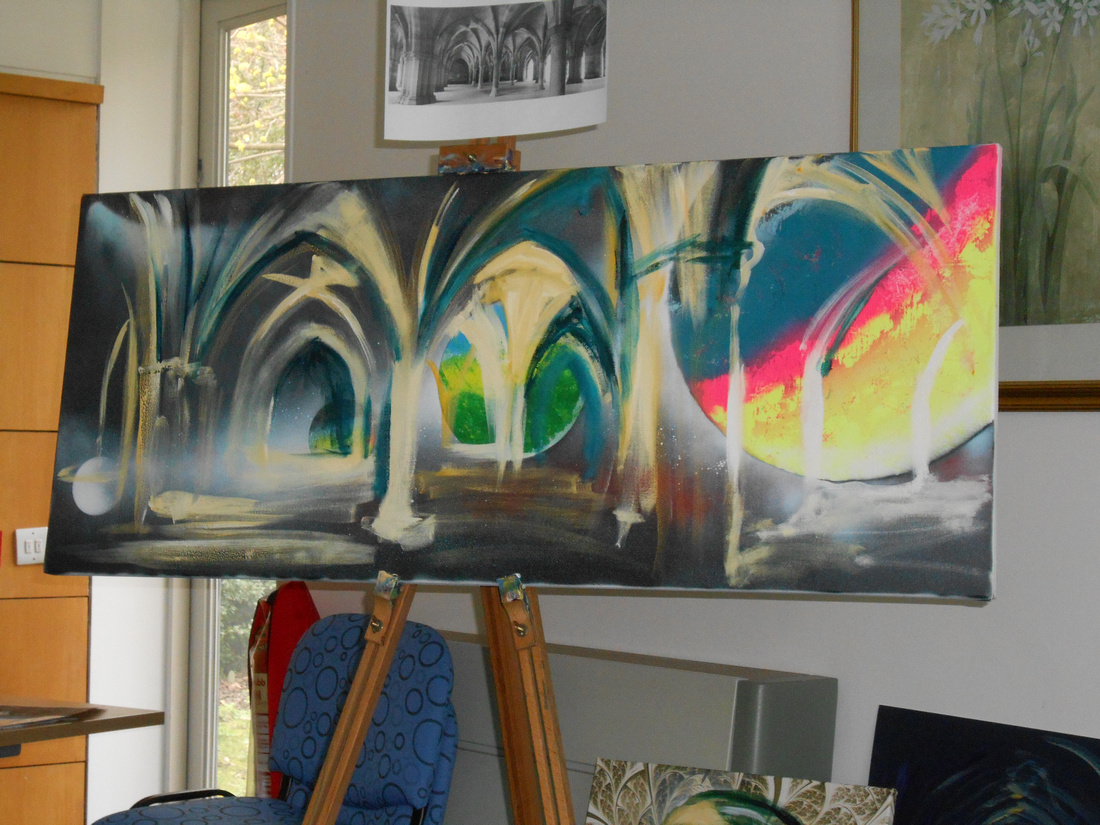 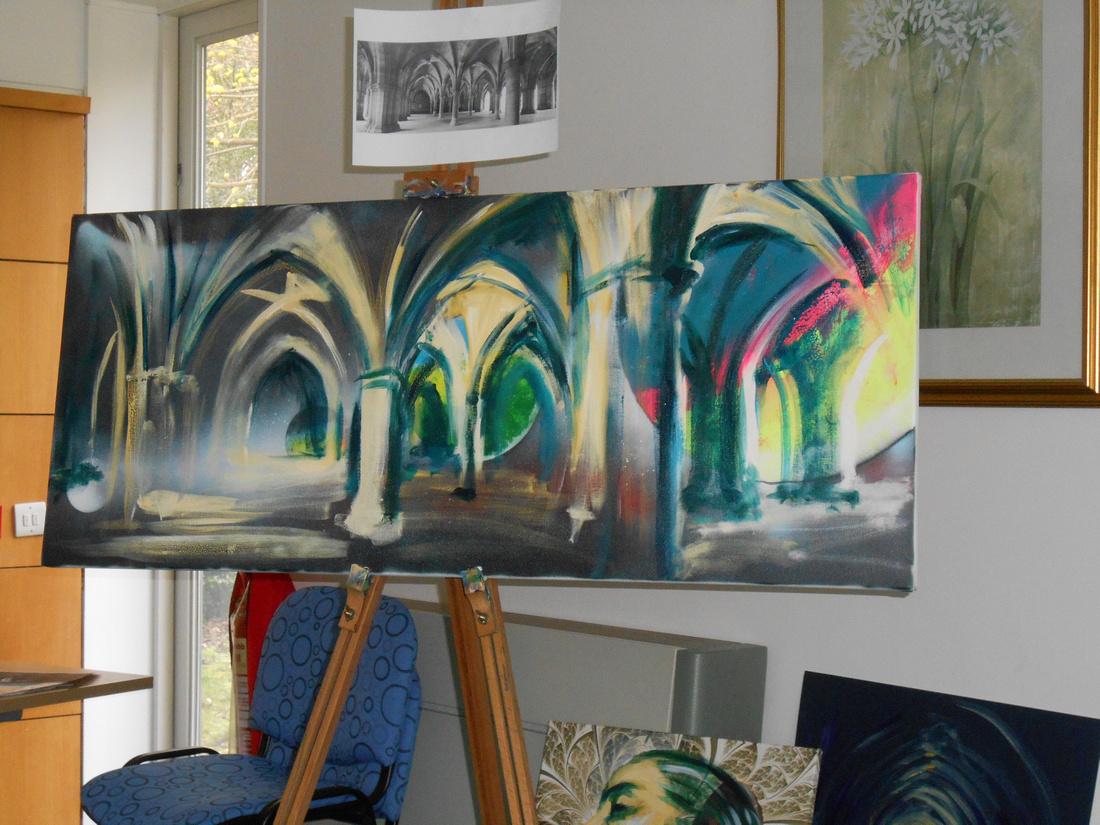 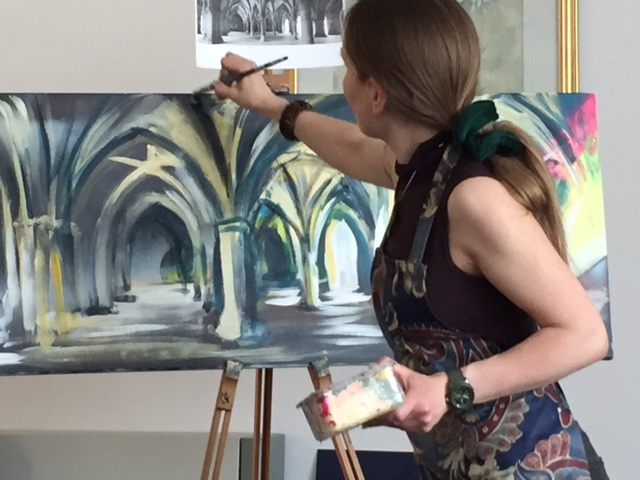 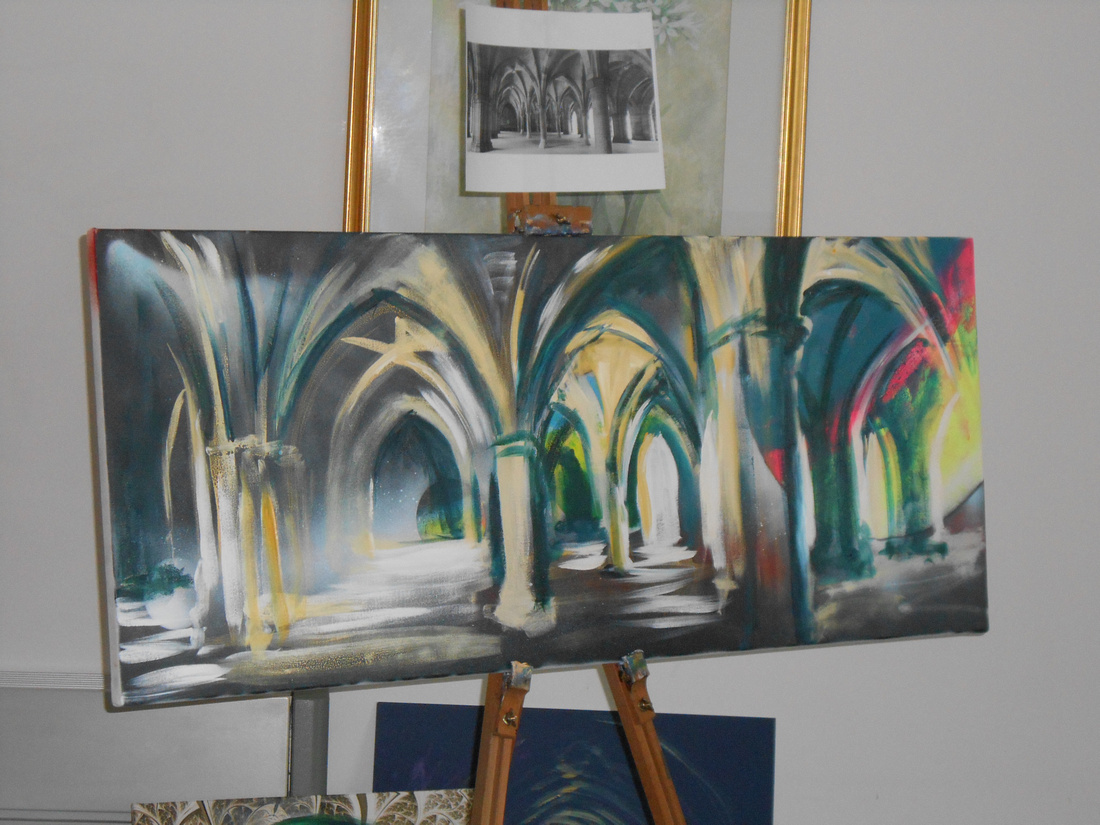 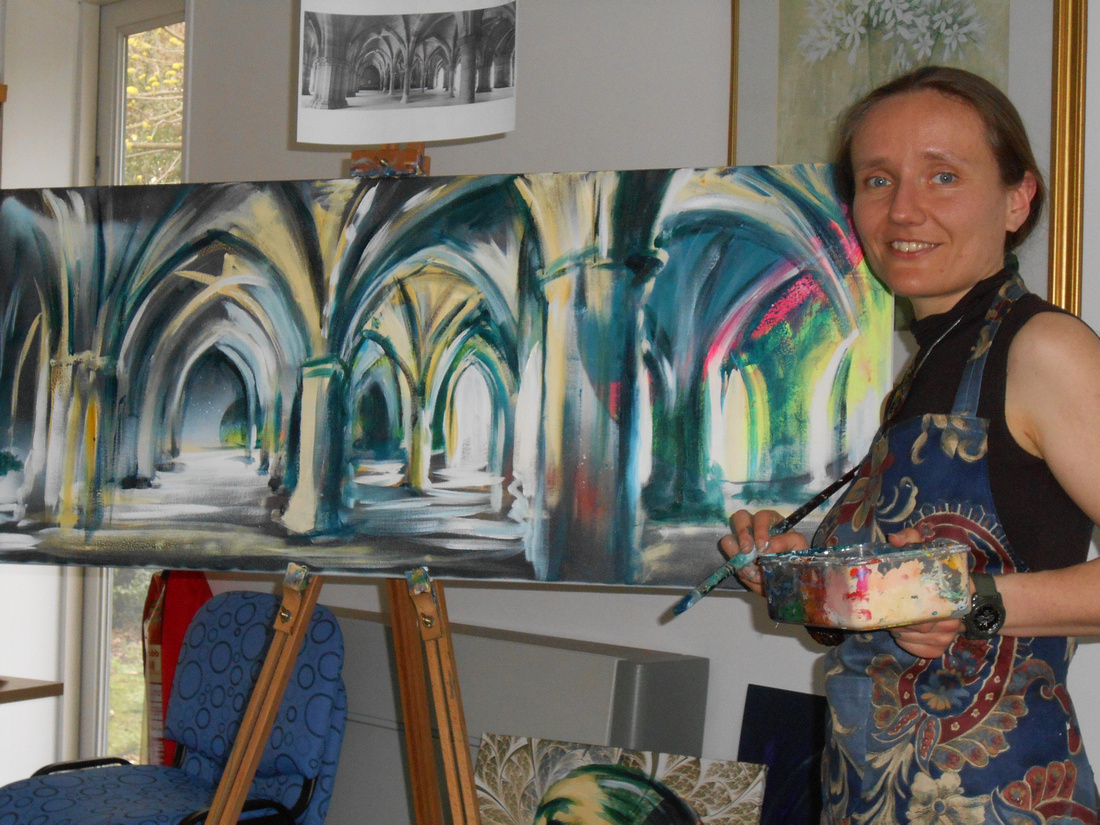 Special thanks to Stan and Brenda for taking the photographs. March Library, Cambridgeshire, Thursday 7th April, 2016